I visited the SUD 777 restaurant on my 3 month trip through Mexico. One day before I was at the Quintonil Restaurant.

My colleague who lives in Mexico City had SUD 777 on his bucket list because of recommendations. According to a reputable website, it is supposed to be the 12th best restaurant in Latin America.

Before opening his restaurant, chef and co-owner Edgar Nuñez had worked at the best gourmet addresses in the world such as El Bulli in Spain, Paul Bocuse in France and Noma in Denmark. Now he uses his expertise to evolve the Mexican cuisine with its ingredients and flavors.

The name of the restaurant is derived from its location, as it is situated in the south of the city at 777 Boulevard de la Luz. 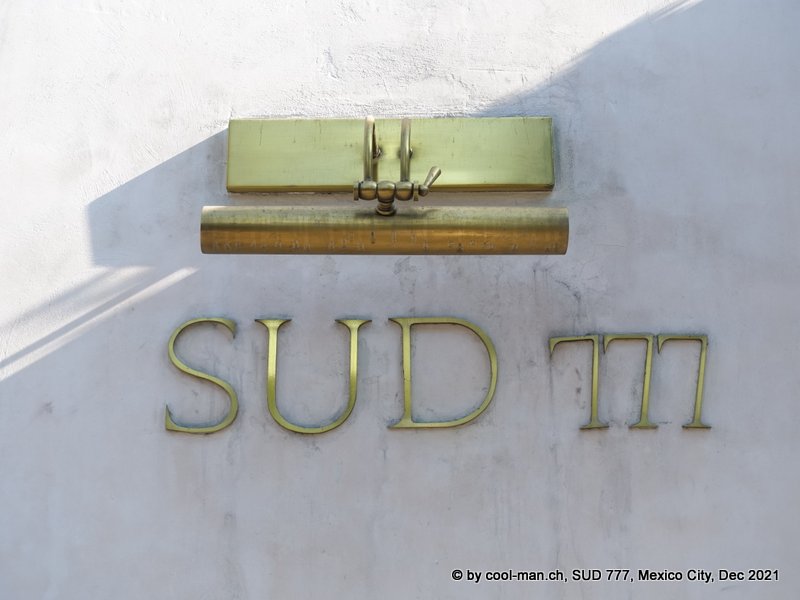 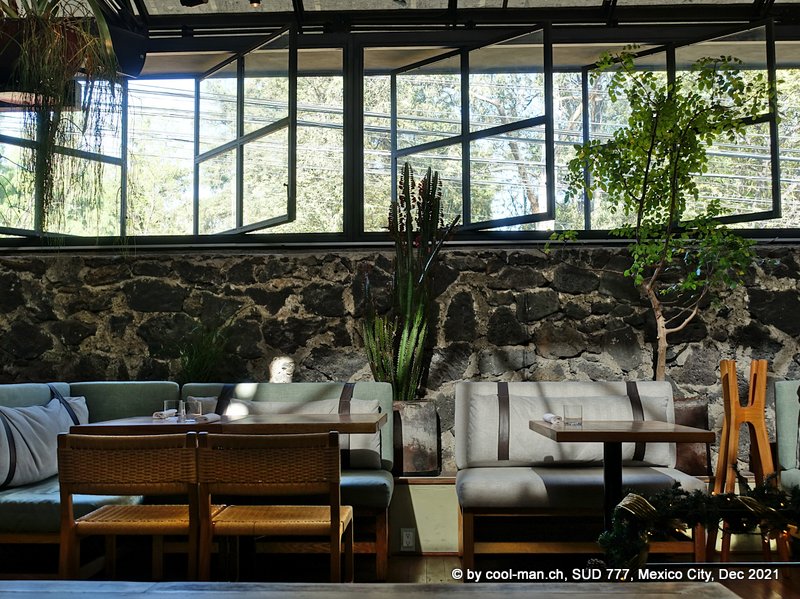 We opted for the tasting menu with wine pairing. The wines were all from Mexico, which I appreciated very much, because excellent wines are produced in this country. 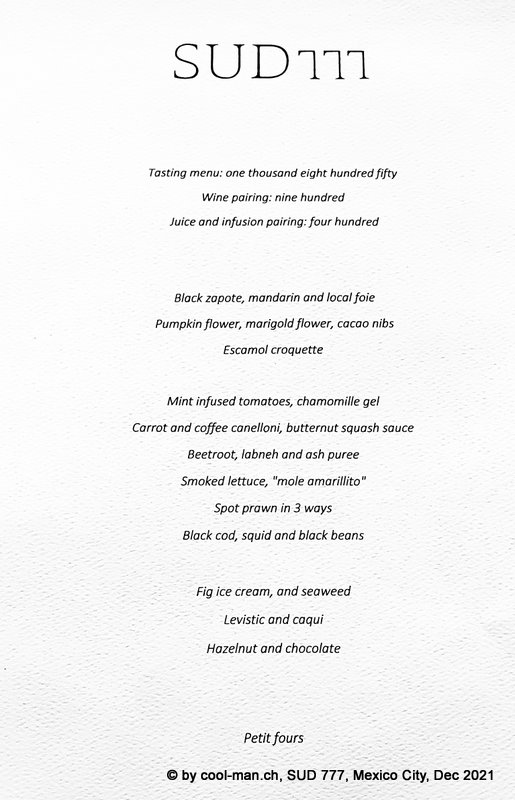 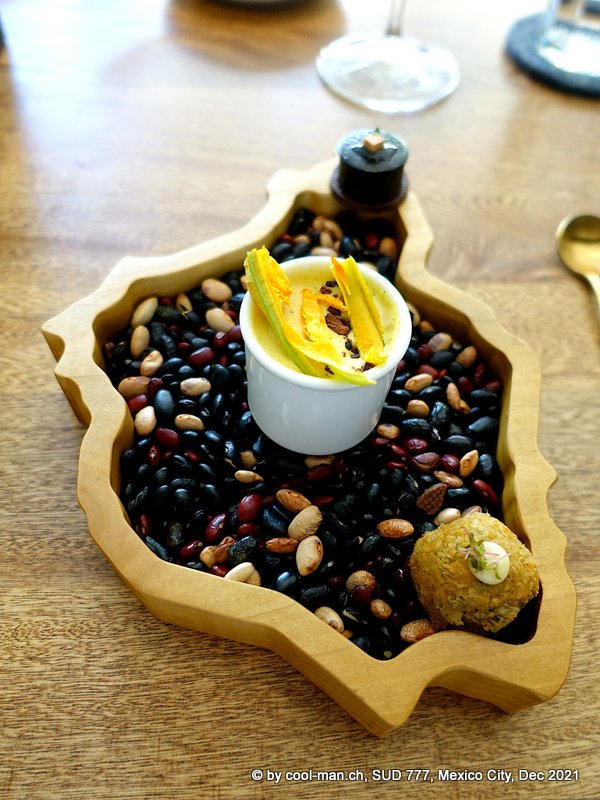 A white wine from Baja California in northern Mexico. The producer family originally emigrated from France to Mexico. 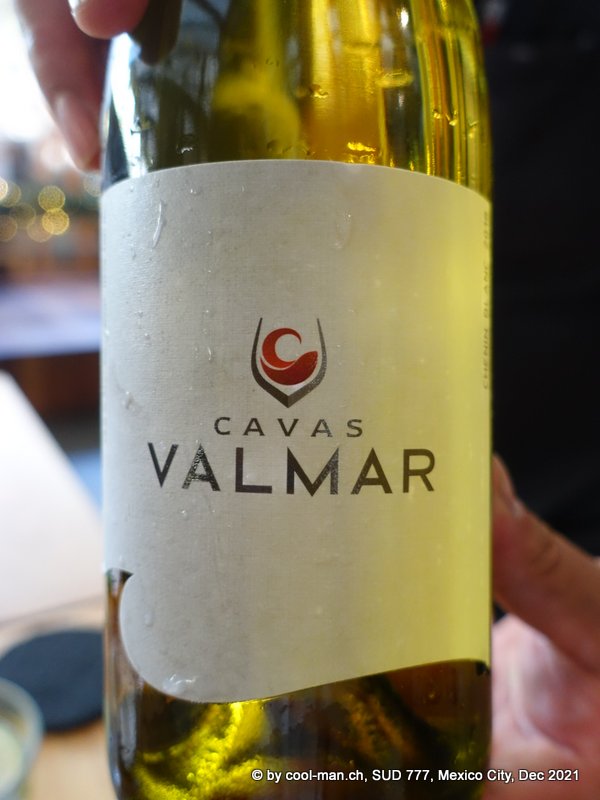 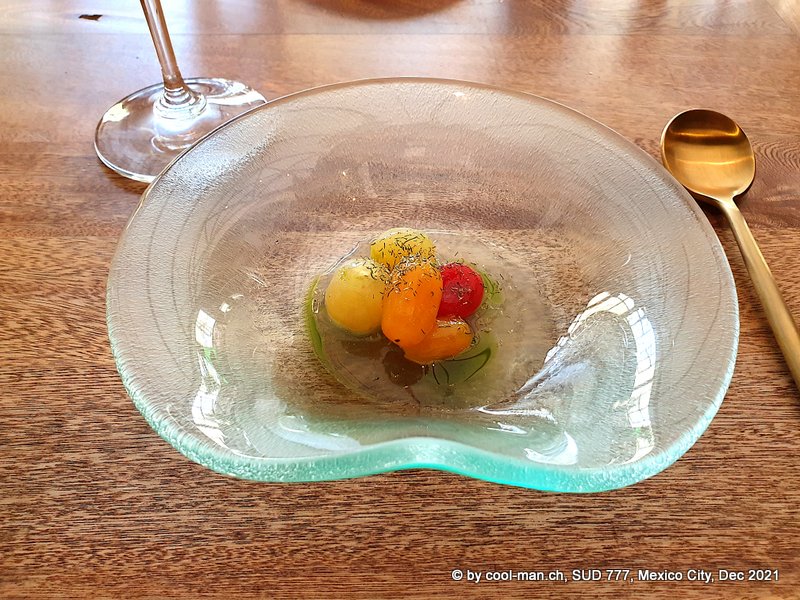 An excellent rosé wine from the central highlands, about 500 km northwest of Mexico City 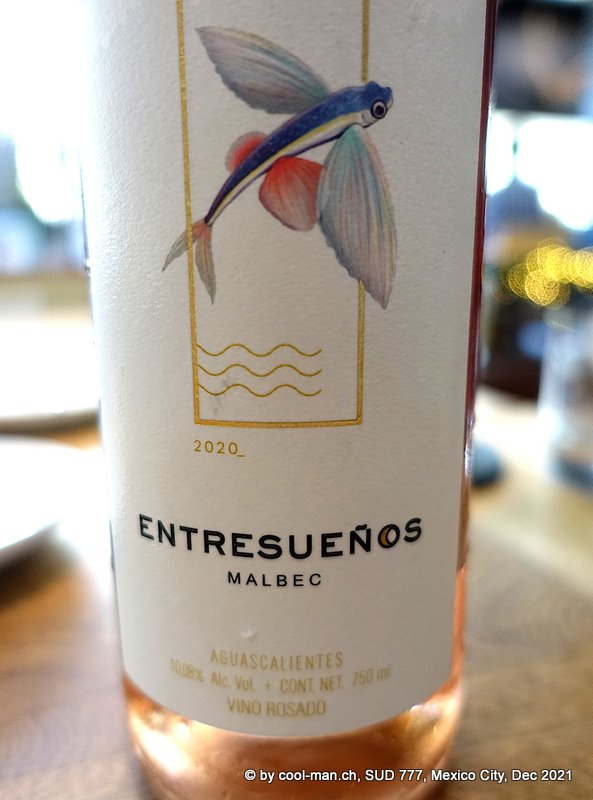 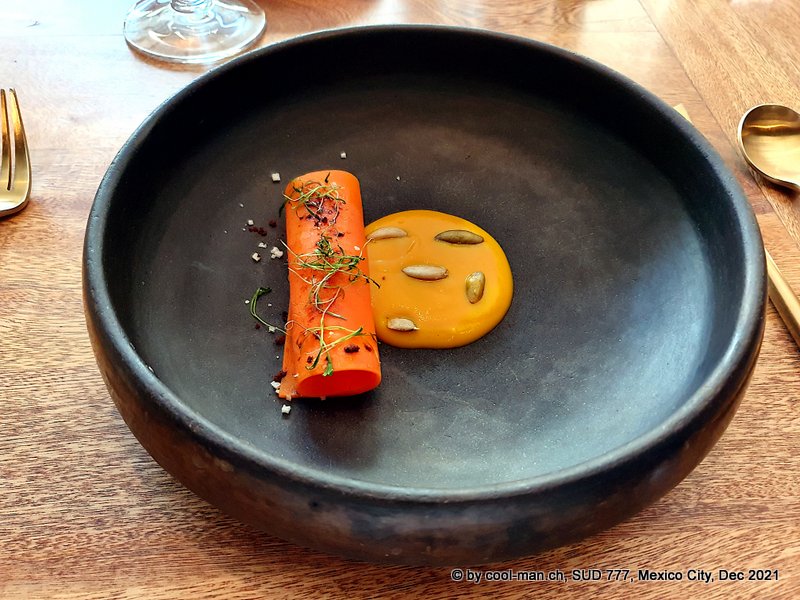 A white wine made from the Colombard grape variety. The Casa Madero winery is located about 800 km north of Mexico City. It is the oldest winery in the Americas which has been in continuous operation since its founding in 1597. 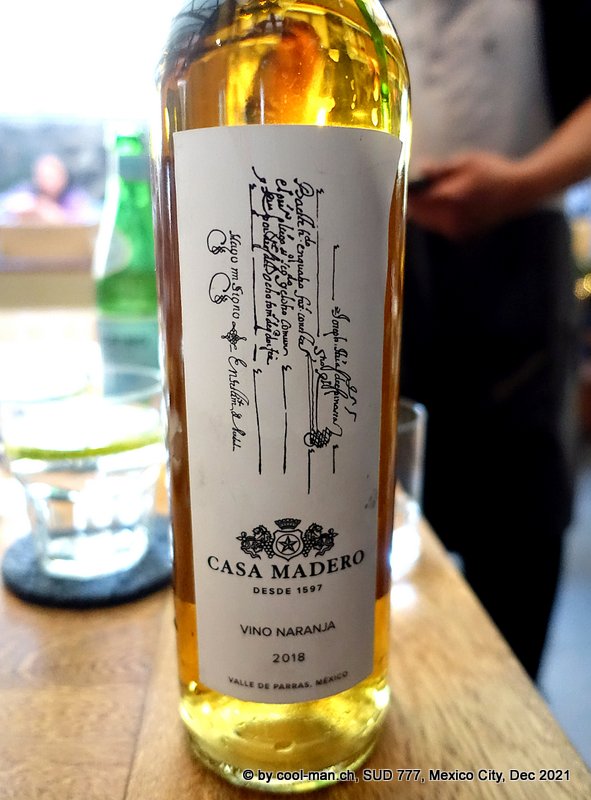 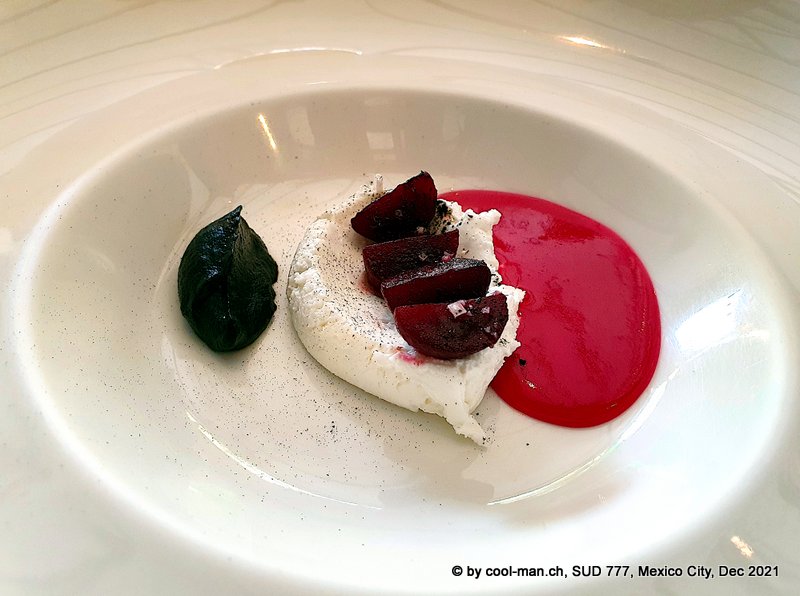 This wine, made from Sauvignon Blanc and Chardonnay grapes, is from the north of Mexico, just 50 km from the border with the United States of America. 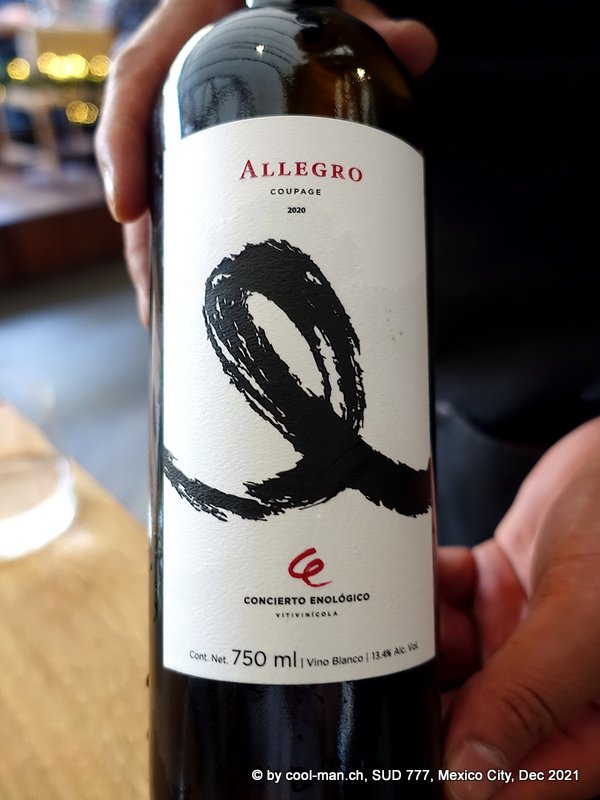 Mole is a typical part of Mexican dishes. It comes in many different varieties. It is a sauce, often thick, made of various spices and thickened with corn, vegetables and sometimes even meat. 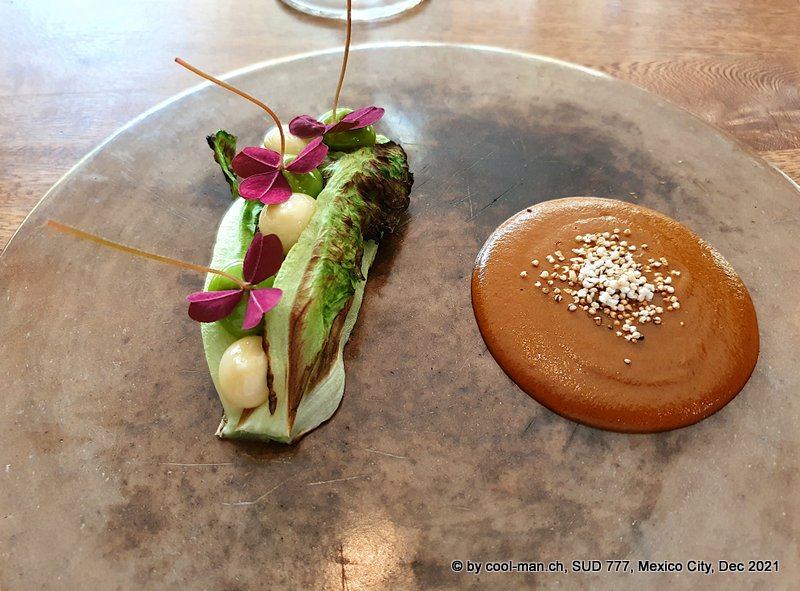 This wine, made from Sauvignon Blanc grapes, also comes from the very north of Mexico, just a few kilometers from the winery of the previous wine. 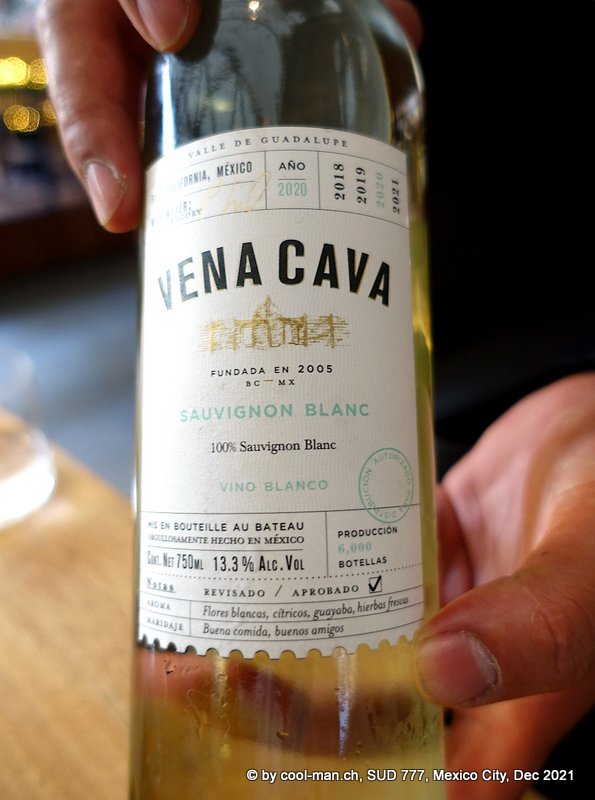 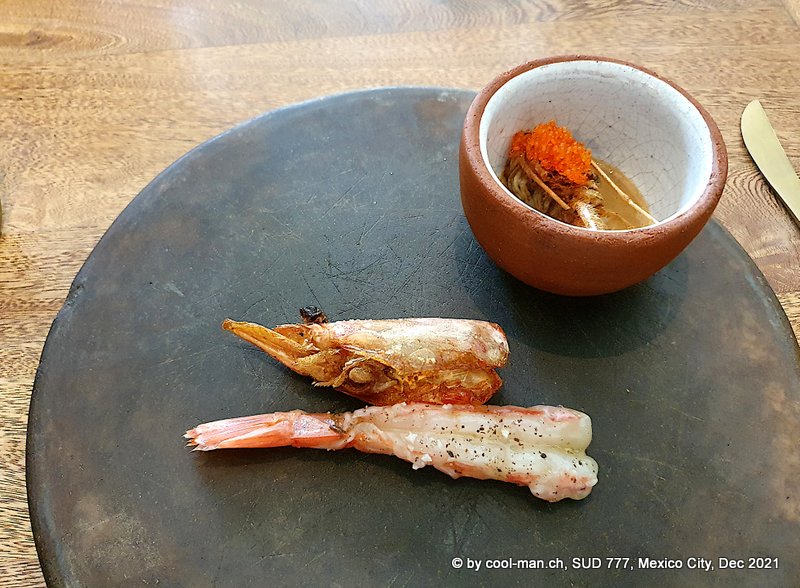 A white wine (Sauvignon Blanc – Semillón) from the area of San Miguel de Allende in the state of Guanajuato, which I also visited on my 3-month trip. 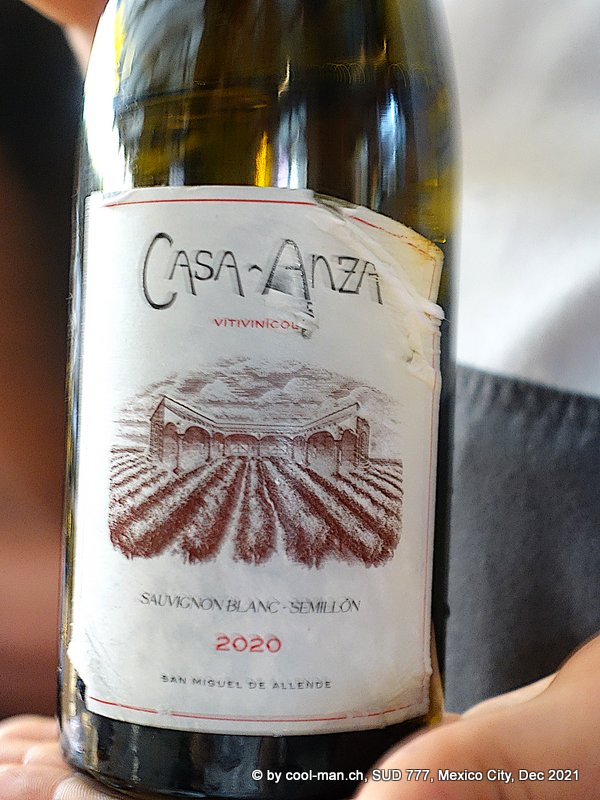 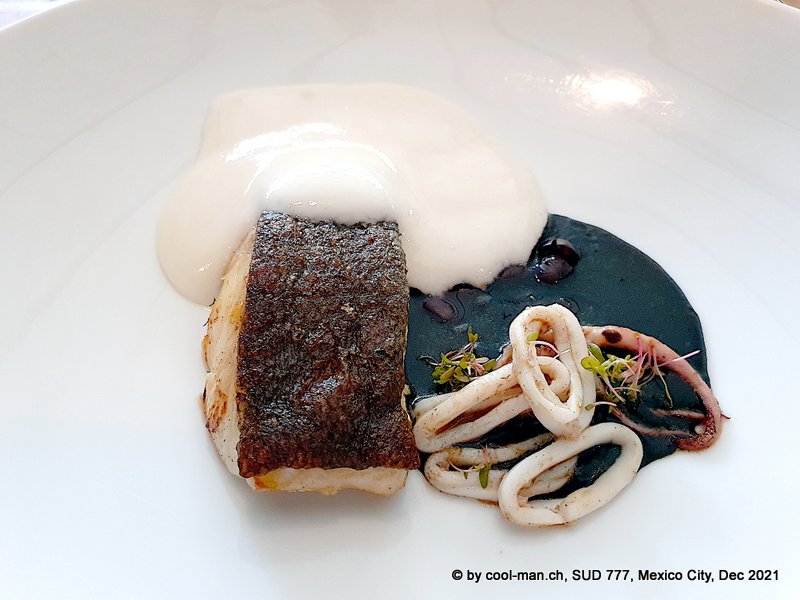 We were served a sake from the only Mexican sake producer for the desserts. It was made using a traditional Japanese method with Japanese rice. 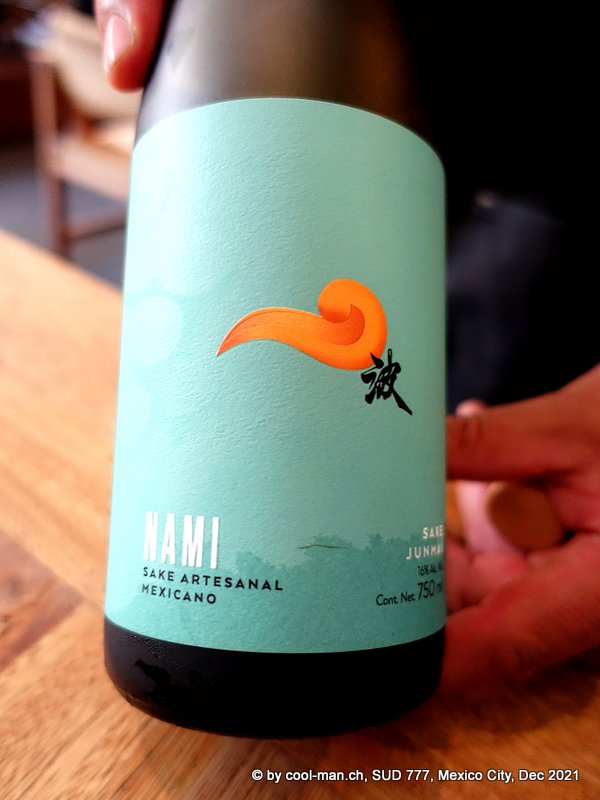 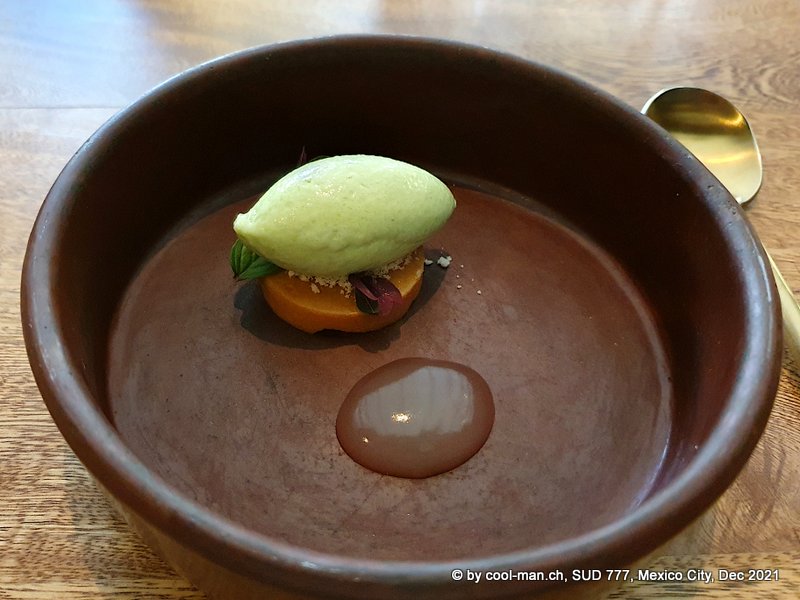 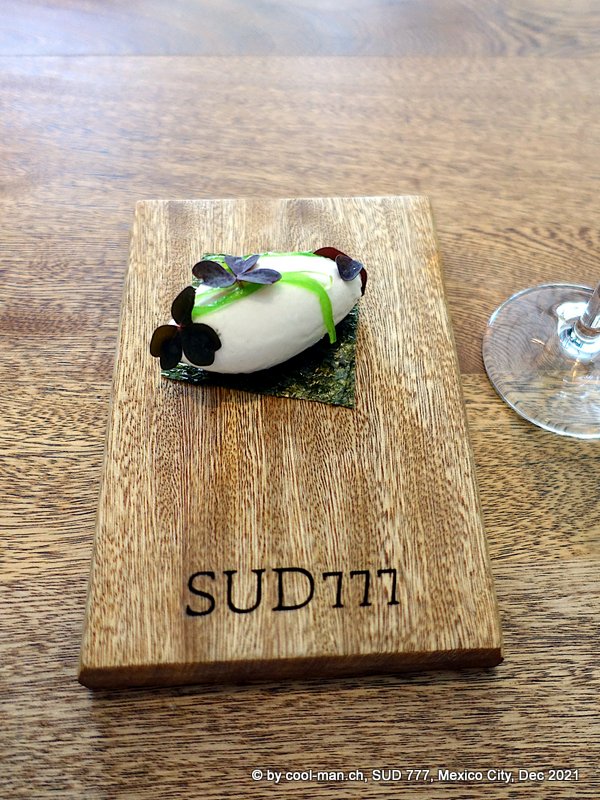 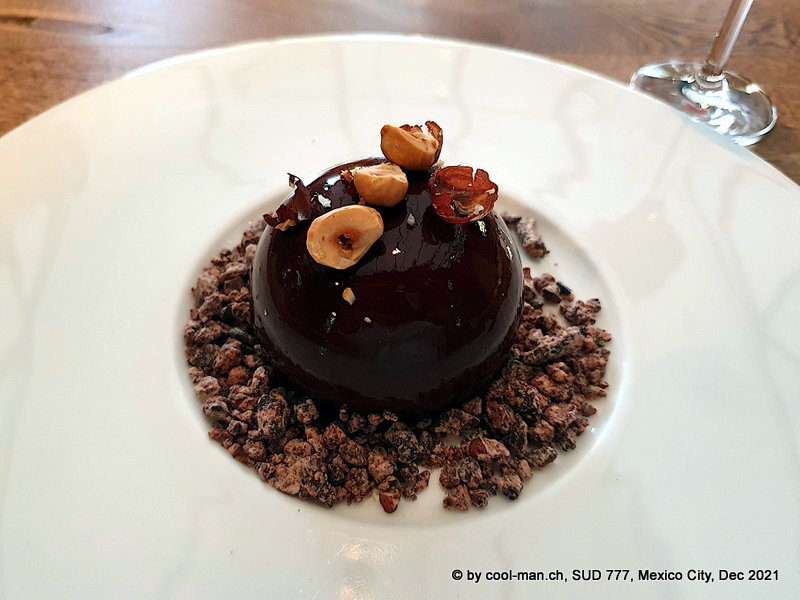 Petit fours – the middle one had a smoky taste that I love! 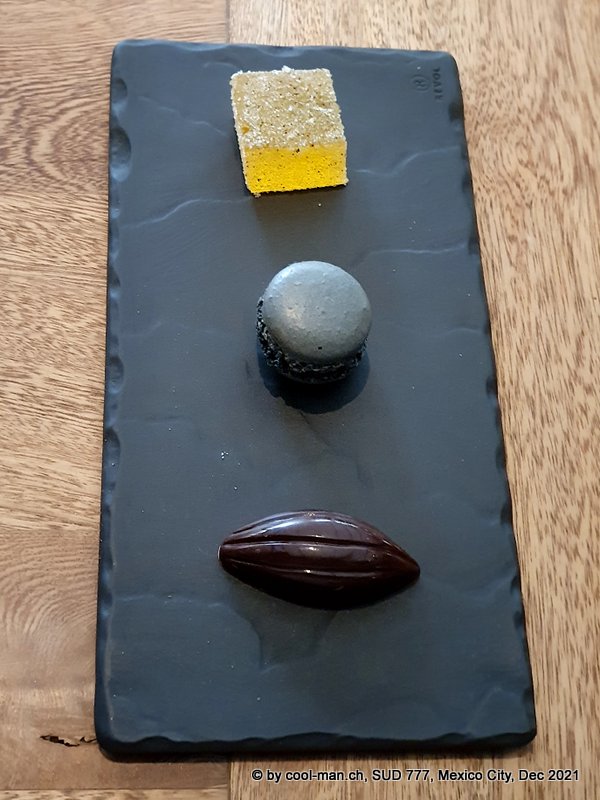 We were very pleased with our visit to SUD 777: A great menu with wonderful Mexican wines to match.