My next destination after Dubai was the south of Vietnam. I was already in this area last year. This time I wanted to get to know this unique habitat at a more leisurely pace.

Coming from Cambodia I travelled on the Mekong River to Vietnam. Because of its nine estuaries it is also called the River of the Nine Dragons in Vietnam.

First I stopped in Chau Doc, a town on the border to Cambodia. Like all places in the Mekong Delta, this city is characterized by the river. Life takes place at and on the river, where countless boats and small ferries sail or cross the river. Entire quarters consist of houseboats, under which fish are bred in bars. At the market you can find a wide variety of fish, live, dried or processed into paste. I had the luck to meet a very friendly ferryman, with whom I explored the surroundings at different times including sunrise and sunset. It was the time shortly before the Vietnamese New Year, called Tet. All people were busy cleaning, repairing and renovating, because the New Year should start in a fresh glow. Everywhere one saw yellow flowers, which apparently bring luck. 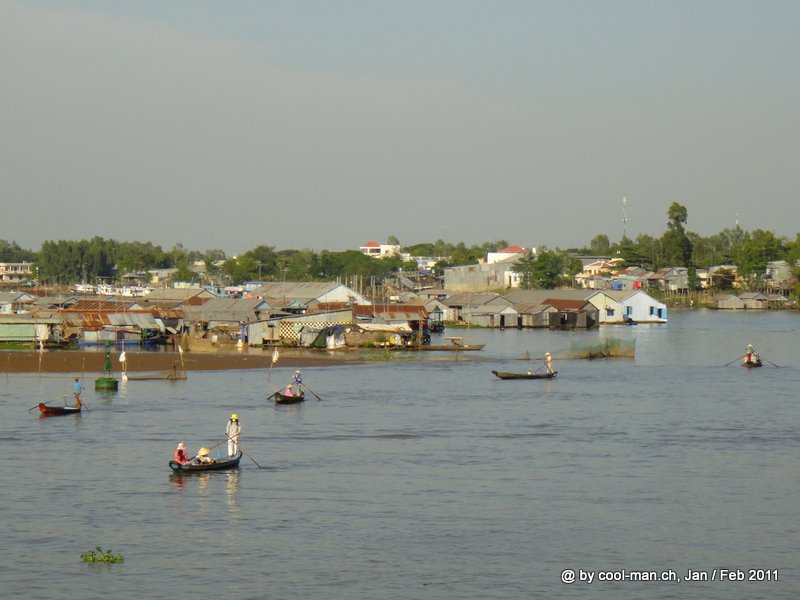 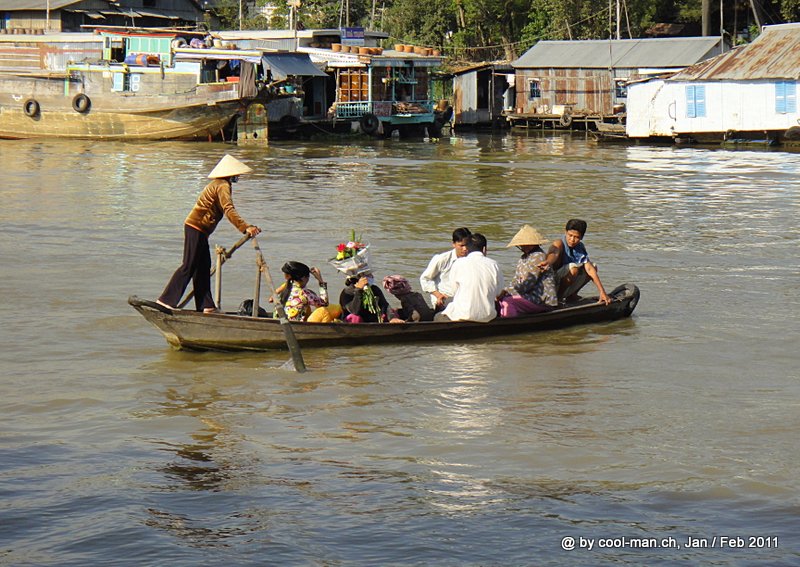 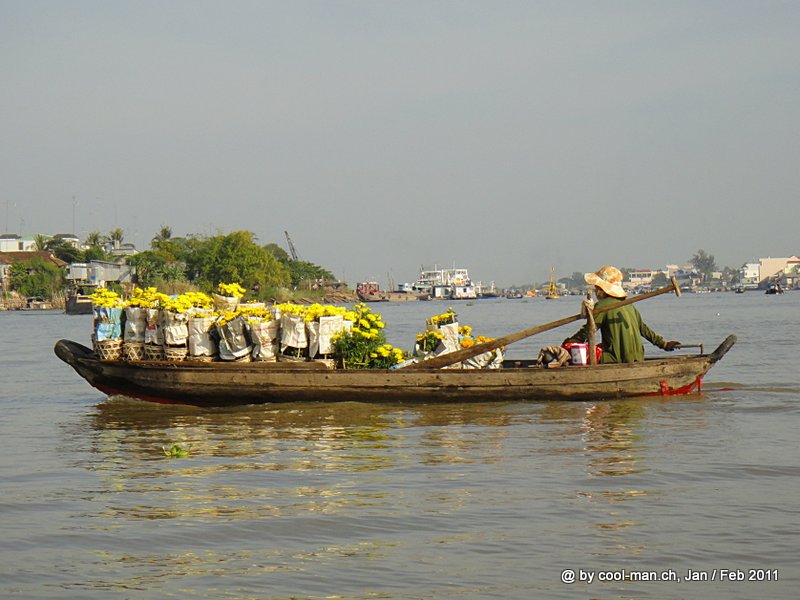 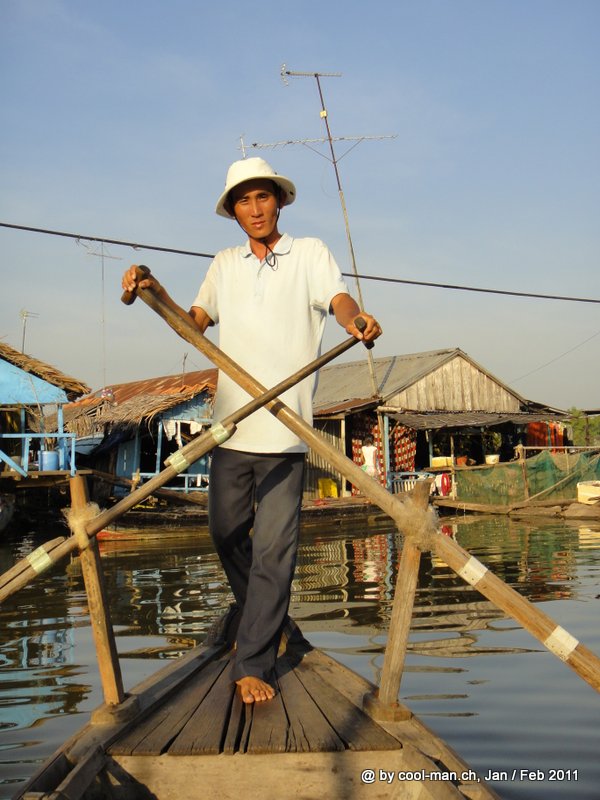 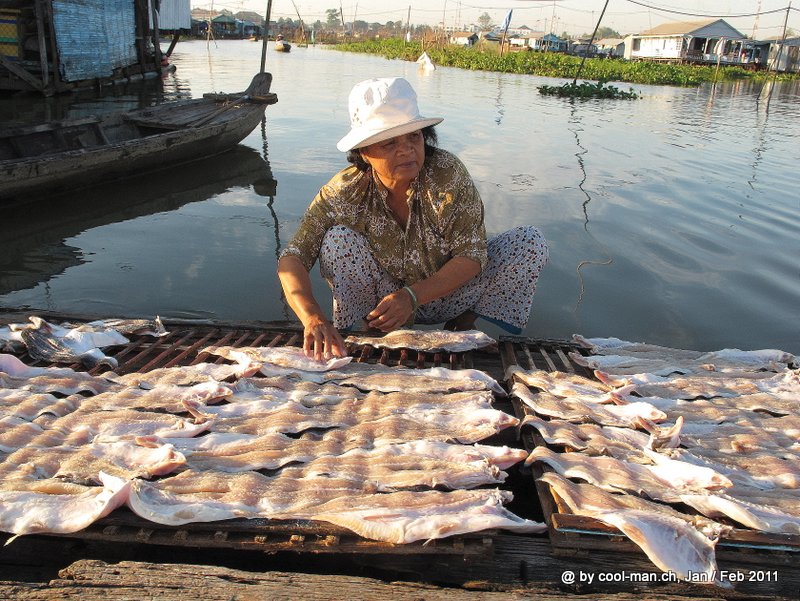 The turbulent feeding of the fish. 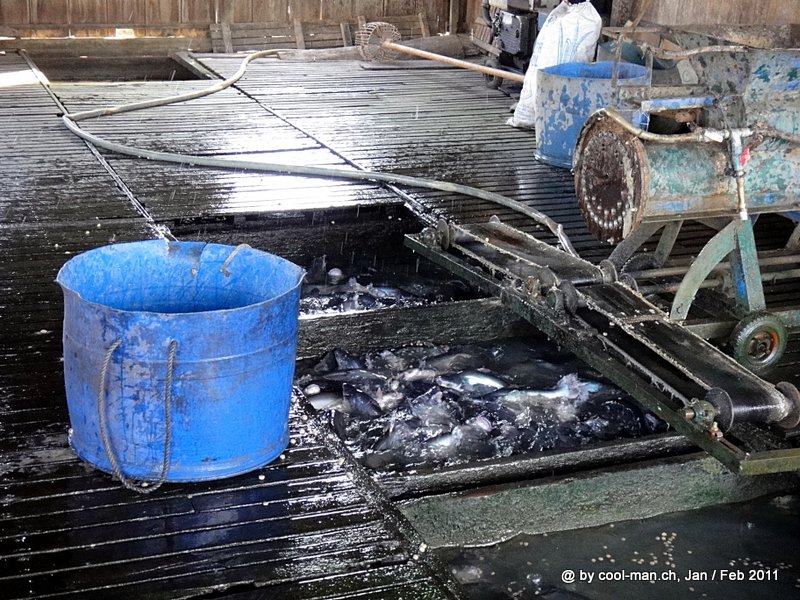 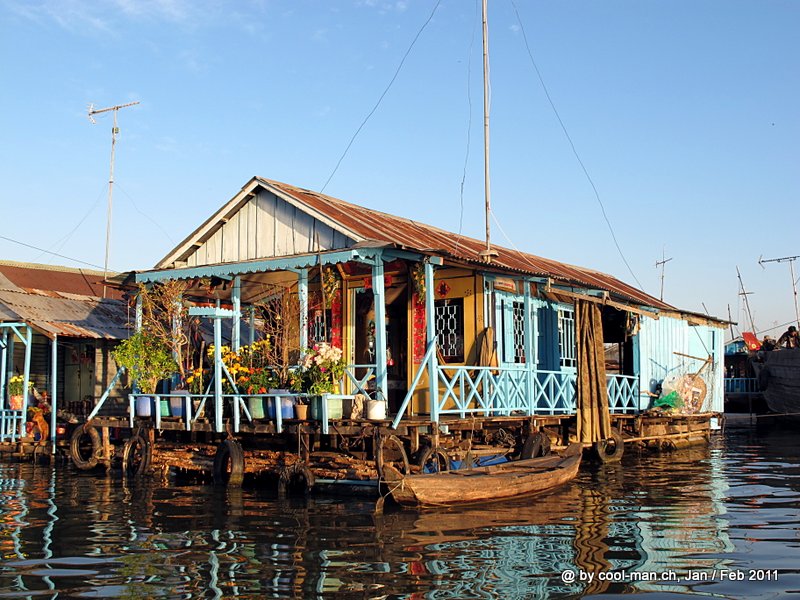 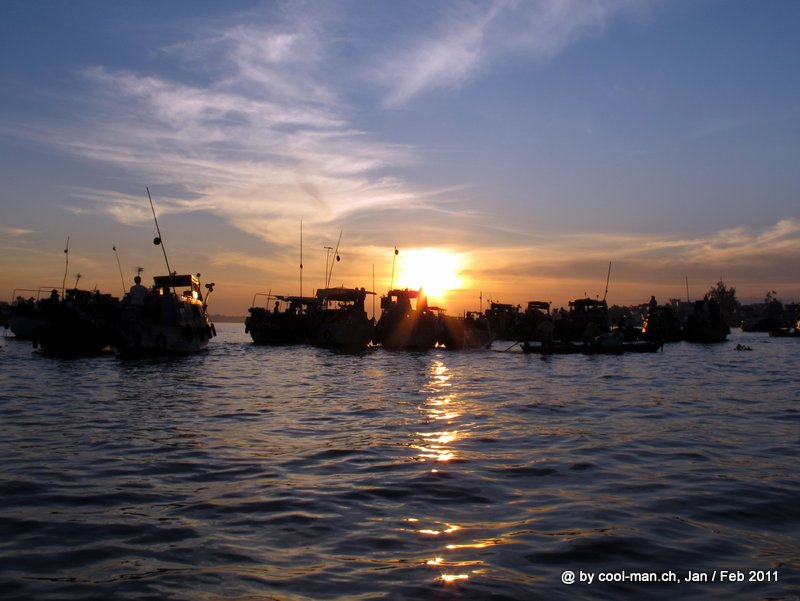 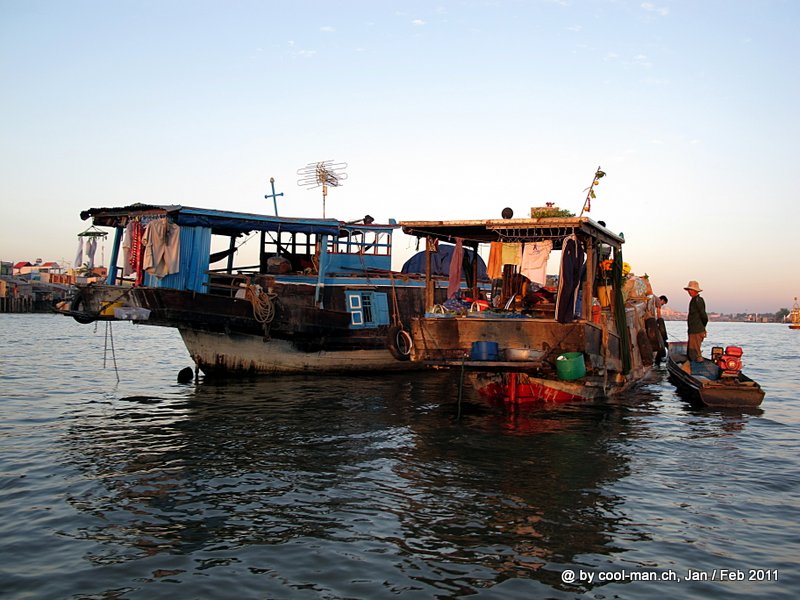 In Vietnam, many people believe in the healing effect of the cupping therapy, which is part of Chinese medicine. This man was treated in a public place. 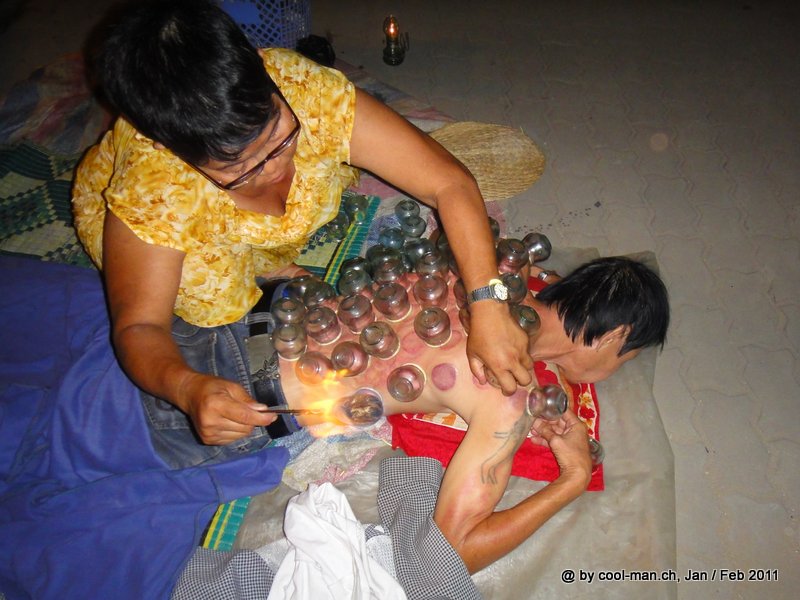 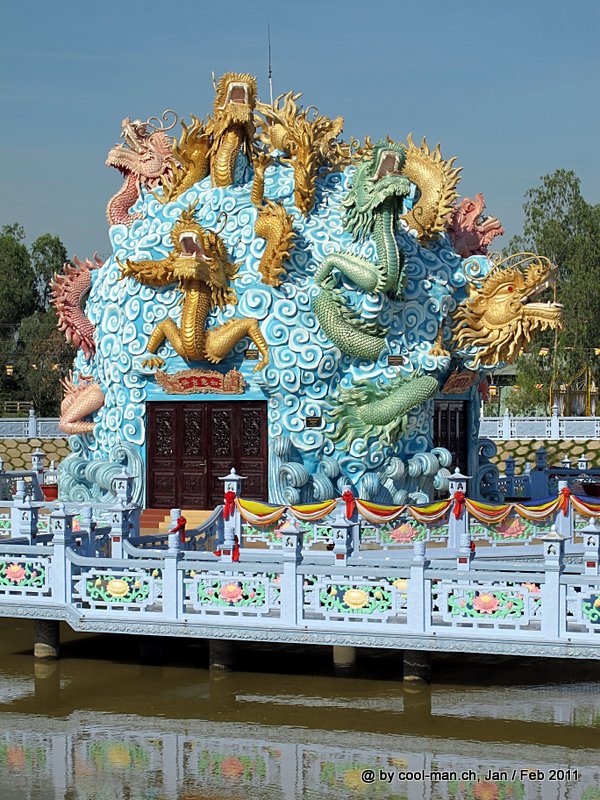 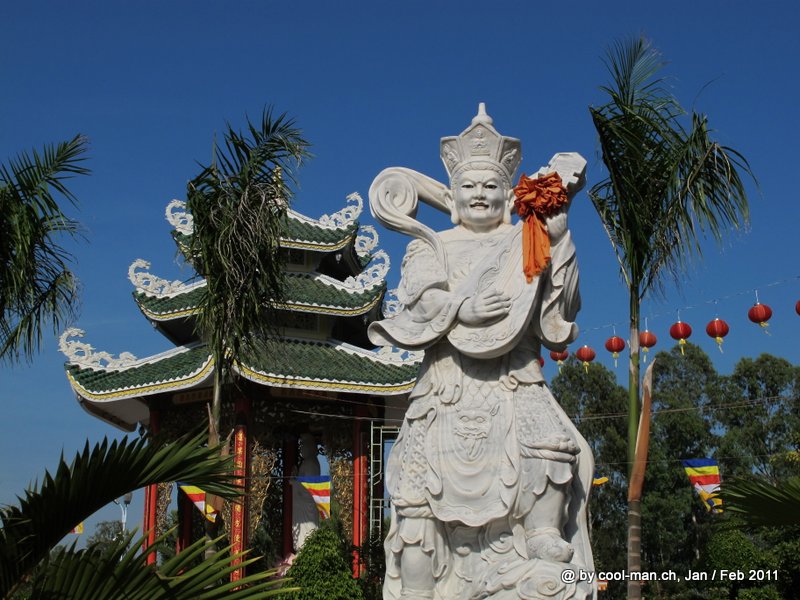 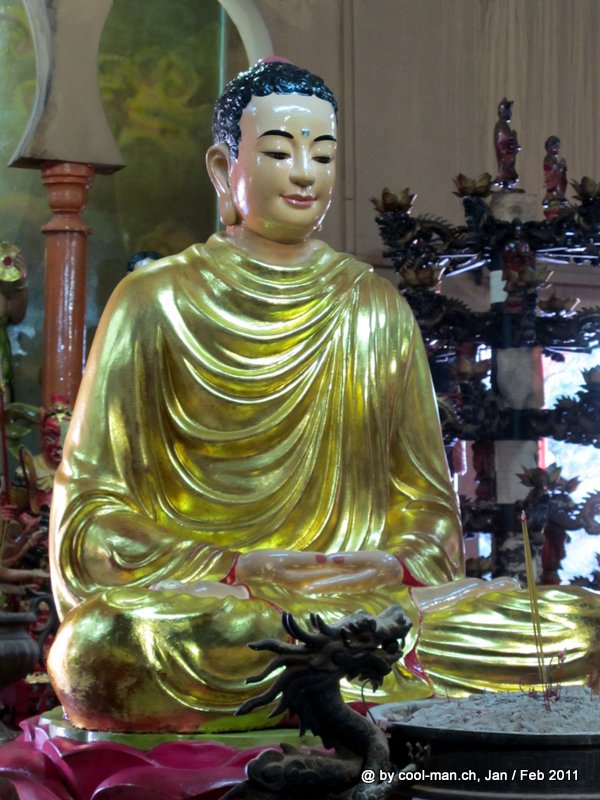 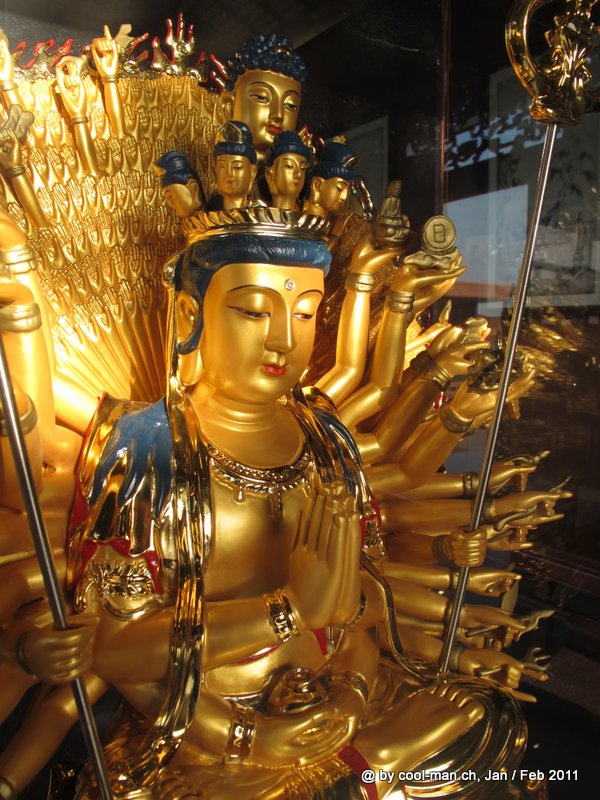 View from Sam mountain not far from Chau Doc 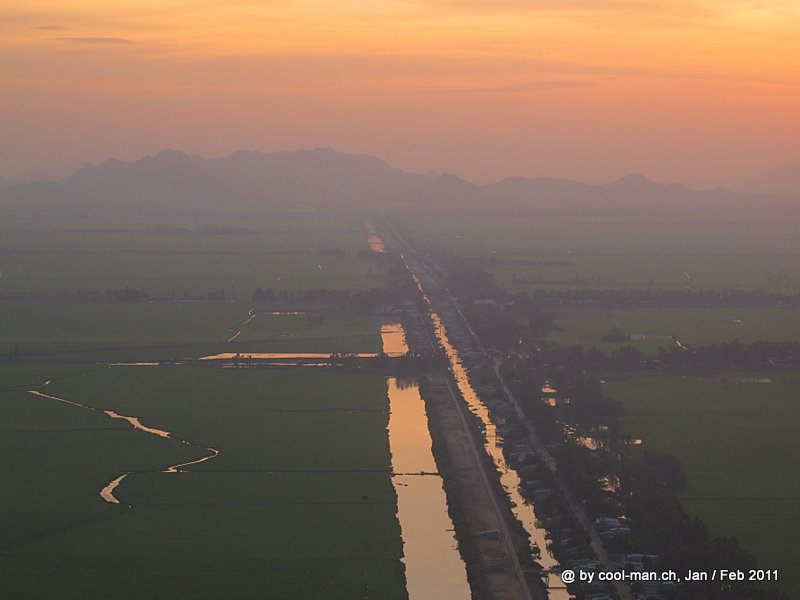 Next I traveled on to Phu Qouc, a Vietnamese tropical island with miles of sandy beach. This island is no longer an insider’s tip, because all accommodations were sold out at high prices. Fortunately, I had made a reservation at the resort where I already spent a few days last year. I enjoyed escaping the hustle and bustle of the city, jogging along the beach at sunset and eating grilled fish on the beach in the evening and simply enjoying the beach life. On a snorkel tour the group made a stop at a pearl shop where we were introduced to pearl farming. Although every shell is infected with a splinter, only every second shell develops a pearl. 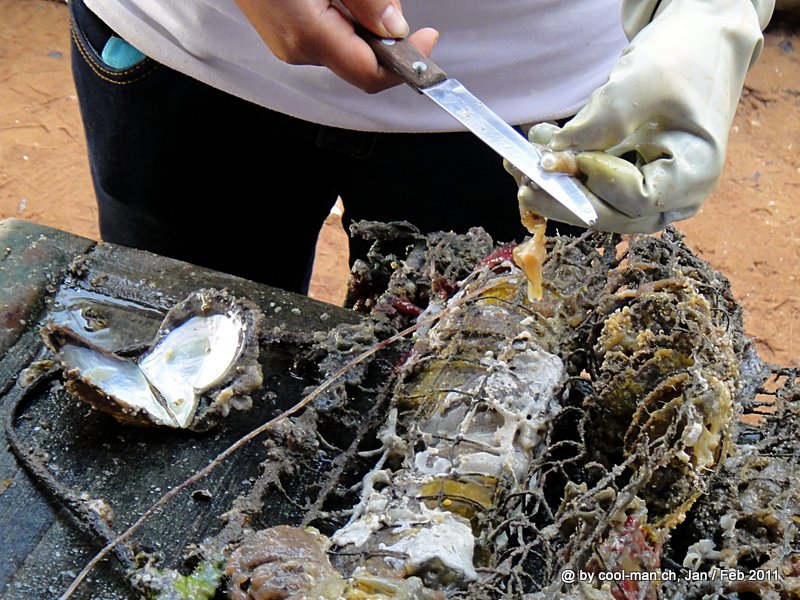 After seven sunsets I traveled on to Can Tho, the largest city in the Mekong Delta. I already knew this city from last year and heard about a family that lives outside of Can Tho and welcomes tourists. I chose this option and enjoyed a life off the beaten track. So I drank a lot of rice wine with the locals, because everybody wanted to have a toast with the foreigner. Further I could see how straw mats are made, how knives are forged and how rice is milled. The highlight was a Vietnamese funeral, as only a few houses away from my host an 88 year old woman had died. As with all special occasions in Vietnamese life, there are many rules to follow and rites to perform at a funeral so that the deceased feels comfortable in her new condition. This funeral was special in that the coffin was transported to the cemetery by a small boat with all the mourners. Sometimes the boat swayed dangerously. It’s hard to imagine what that would have meant if the coffin had fallen into the river. 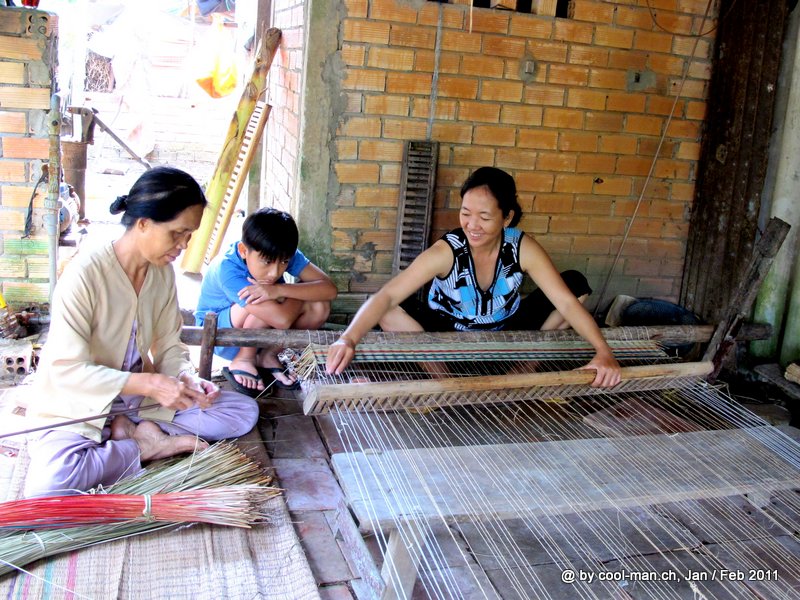 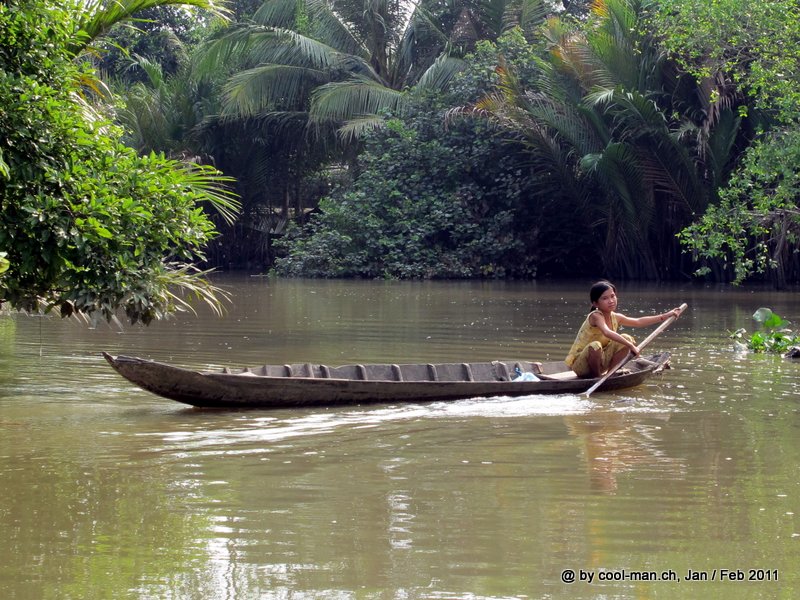 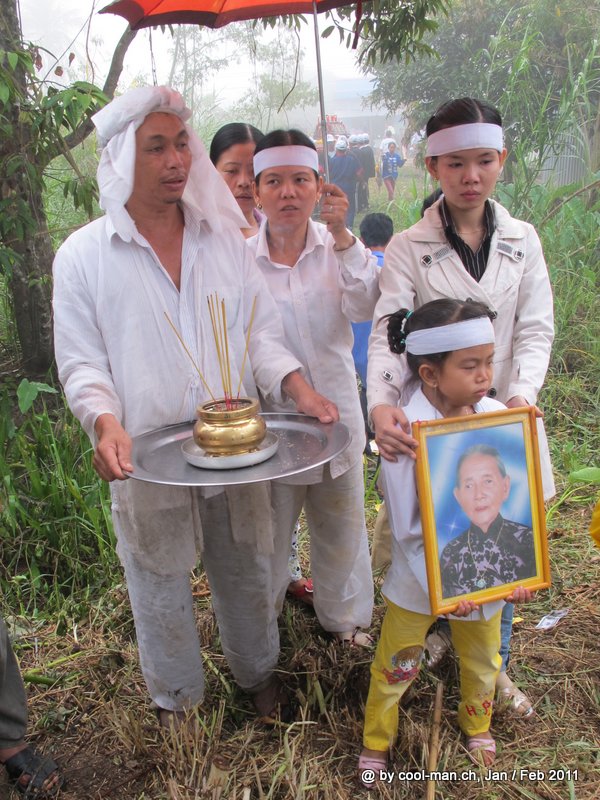 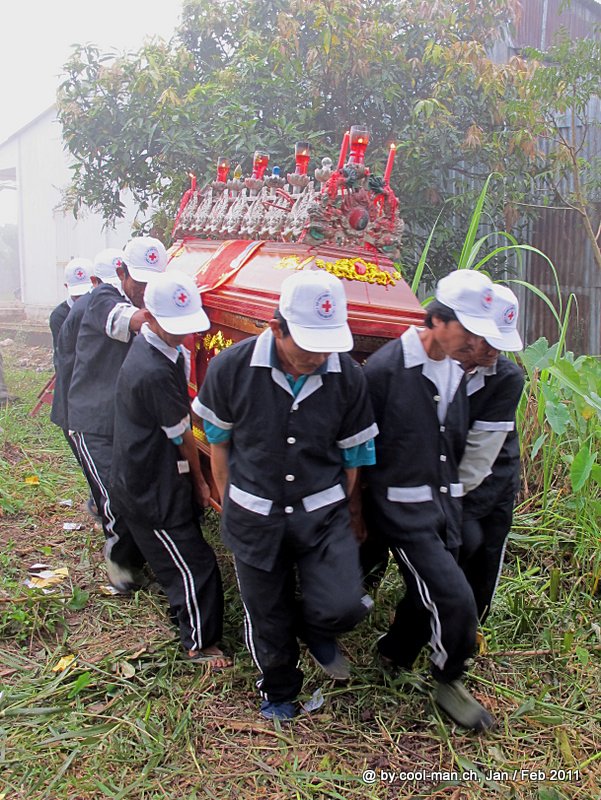 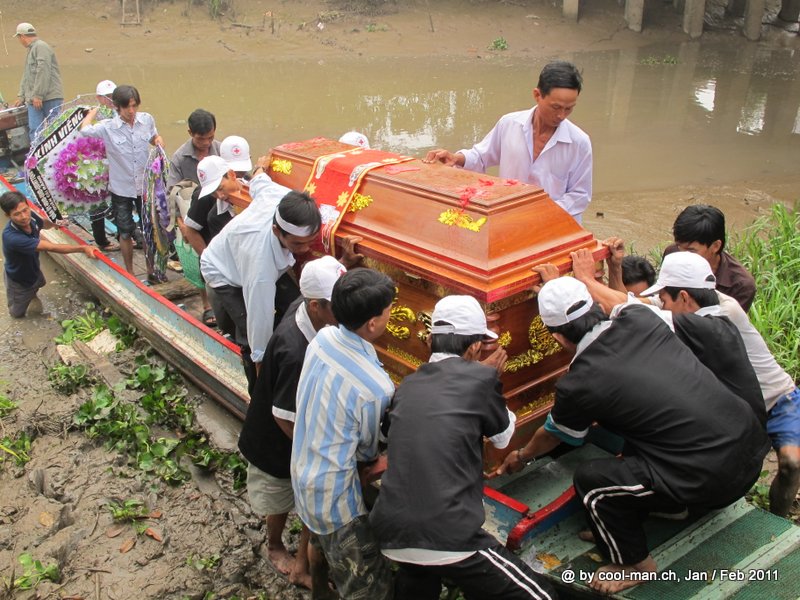 My last stop in the Mekong Delta was My Tho, a city between Can Tho and Ho Chi Minh City. 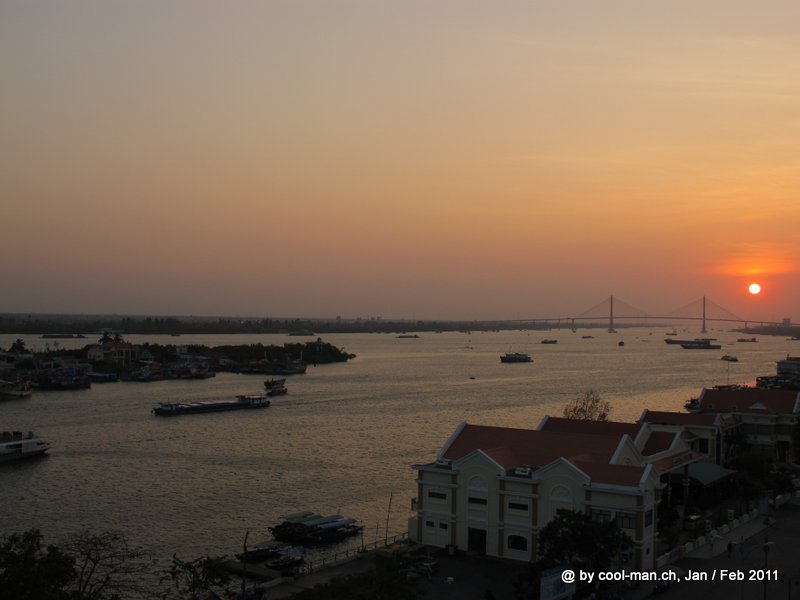 In this Mekong arm there are several islands which are intensively used for tourism. Nevertheless, the tours offer a lot for the little money you pay for them: dance and singing demonstrations, an introduction to the production of coconut sweets, a tour with small boats through the countless small channels, a fish lunch and finally you could explore the area with bicycles under coconut palms.

This fish was part of the lunch on a tour. One picks the meat from the bones with the chopsticks. 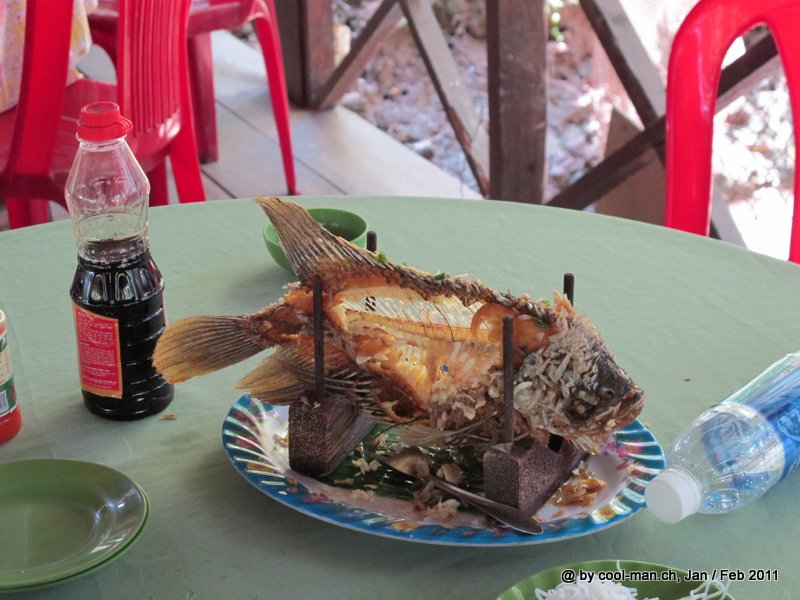 Ho Chi Minh City, which people continue to call Saigon, was my last destination in Vietnam. Here you can find everything that makes a economic center of a country. I especially liked a jazz club run by Tran Manh Tuan, one of Vietnam’s most famous jazz musicians. Brilliant. I also found my favourite ice cream: Japanese green tea ice cream with a red berry sauce. Saigon also has some roof top bars with views of the sunset over the Mekong or the city.

Next I traveled to the Philippines, where I stayed for about 10 weeks.