Since the travel report about my Maldives trip to the North and South Ari Atoll contains 122 pictures, I divide the report into 4 parts, in which I describe two islands each.

Coming from Cambodia I traveled to Male, the capital of the Maldives. Strictly speaking I landed on the nearby island of Hulhule, where there is only the airport. Since August 2018 there is a road connection over the 2.1 km long China-Maldives-Friendship Bridge built by China to Male. The ferries between the airport and Male are still in operation and are very popular.

This is my fourth visit to the Maldives. However, my last trip to this country was a long time ago, when I visited these islands in 1986, 1987 and 1988. During my time at university there was a weekly flight Singapore-Male-Zurich, which I used three times on my return journey from Asia to Switzerland. So I could get to know resorts on the Maldives for one week at a time without additional flight costs. This picture is from my trip around the world in 1988. I digitized it from a diapositive.

This Maldives picture is from my trip around the world in 1988.

Before 2010, tourists could only visit resort islands. There are no locals living on these islands apart from the local employees. In 2010, the government allowed the opening of guest houses on inhabited islands so that more locals could benefit from tourism and travelers could experience real life in the Maldives at lower cost. Since the Maldives is an Islamic country, the tourists on the local islands have to abstain from alcohol and women are only allowed to enter the beach in their swimsuits in secluded areas called ‘bikini’ beaches.

Last year in Sri Lanka I came into contact with a hotel employee who had worked on local islands in the Maldives for a long time. He informed me about the law change and recommended traveling to the local islands very much. After clarifying some open points I decided to visit this island state. For my first trip to the local islands I chose the North and South Ari Atolls (also called Alif Alif and Alif Dhaal Atolls), which are frequently visited by tourists. The center of tourism on the local islands is Maafushi in the South Male Atoll. Meanwhile this island has become so popular for backpackers that it reminds more of an overcrowded island in Thailand than of the Maldives. Therefore I did not visit this island. On the islands I visited the number of tourists was manageable and the ‘bikini’ beach was never overcrowded.

The waste is an unsolved problem on all local islands, which will increase with the growing tourist flow. Every island has a waste dump, on which a fire partly glows. Odor emissions on the beach are therefore possible. Some of the waste accumulates on the beaches. On these islands, one gets to know the real Maldives with their problems. But the ‘Bikini’ beach was always waste-free.

The capital of the Maldives is only a little more than 9 km2 in size and with over 130’000 inhabitants it is one of the most densely populated cities in the world. The streets are narrow, so that only small cars can be used. Countless alleys run through the island. Pedestrians are constantly being harassed by the many motorcyclists who squeeze their way through the narrow streets. The only attraction is the fish market, where besides many other sea dwellers tunas over one meter in size are offered. I stayed two nights in Male to prepare my trip and buy a SIM card.

On Male there are even skyscrapers 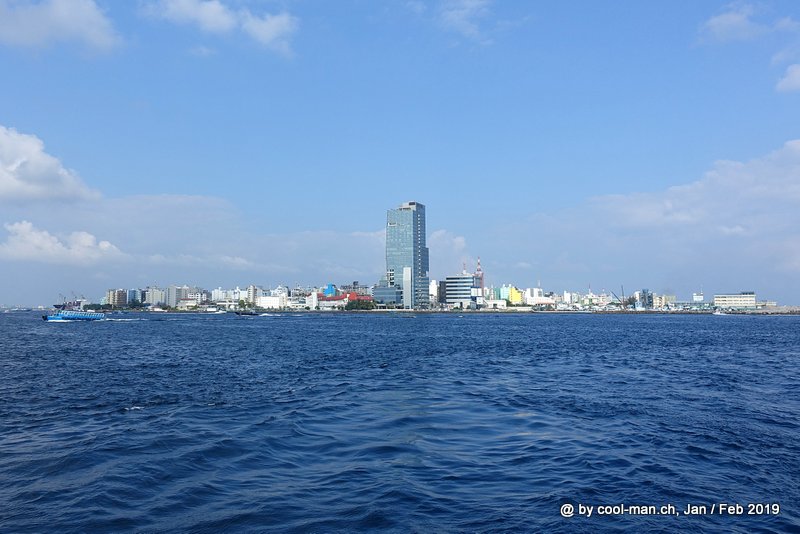 The Chinese influence on this strategically important archipelago is evident. The Chinese even donated police cars.

From Male I traveled with a local ferry for 1.5 US Dollar in about 3 hours to Rasdhoo Island. In the house reef of the island I met many different kinds of fish, including two shark species. As on all visited islands, most of the corals were dead. The pronounced El Nino weather phenomenon in 2016 led to increased, for the corals deadly water temperatures.

Rays could be observed from the shore. At dusk, flying foxes flew from tree to tree. 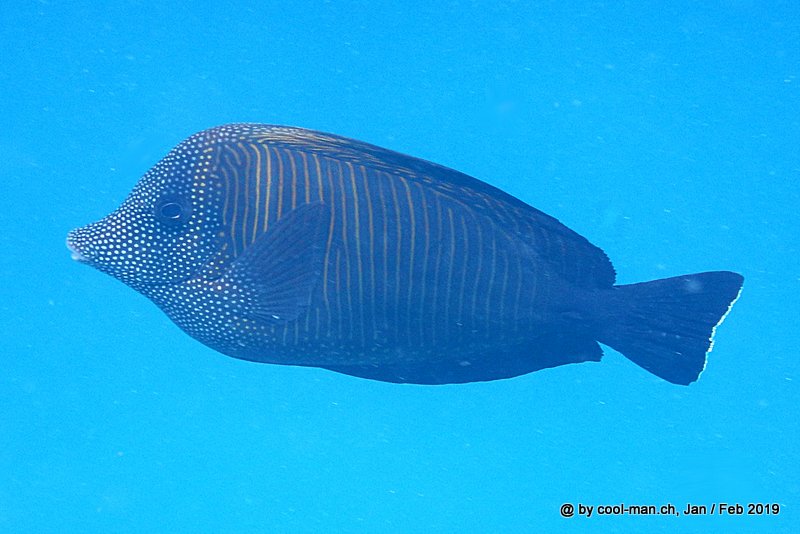 Cleaning fishes at work around a young Parrot fish. These young fishes do not yet have an identifiable sex and are often red and brown. As adult fish they are green and blue. 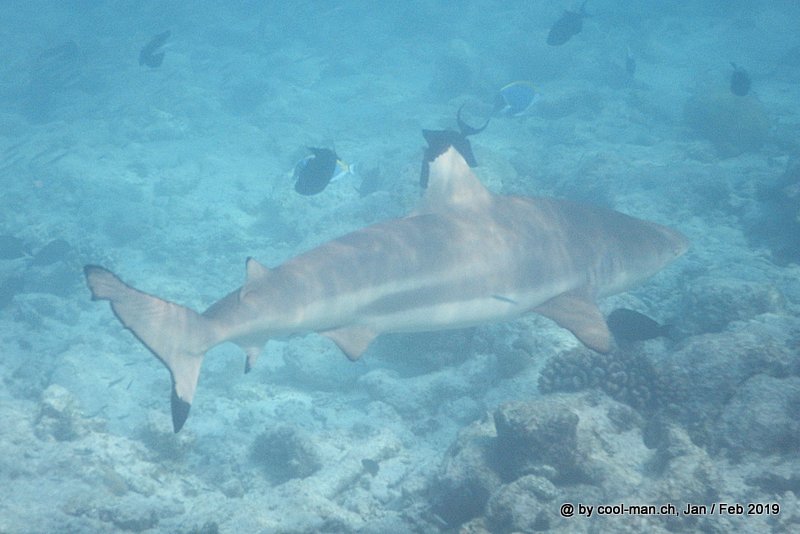 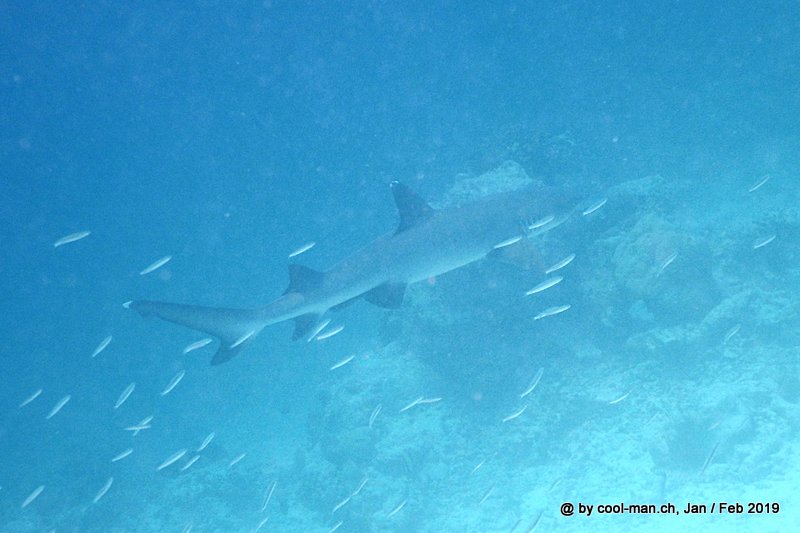 This bat fish was more than half a meter in height. 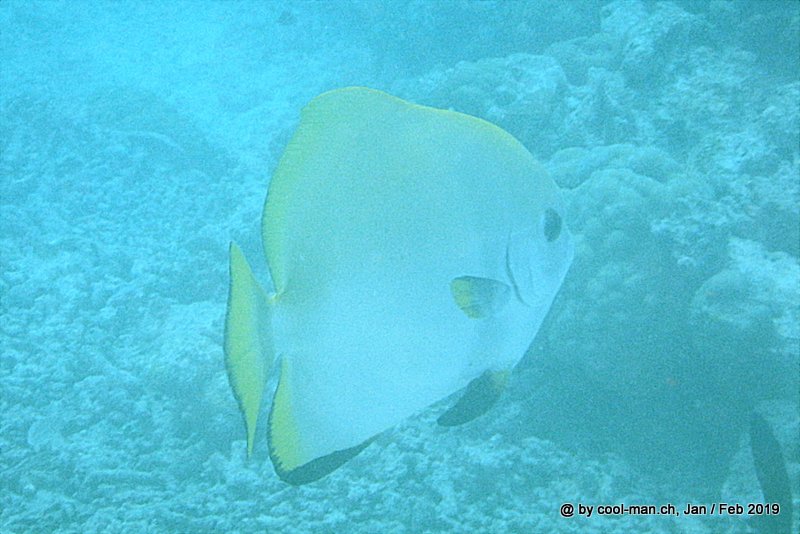 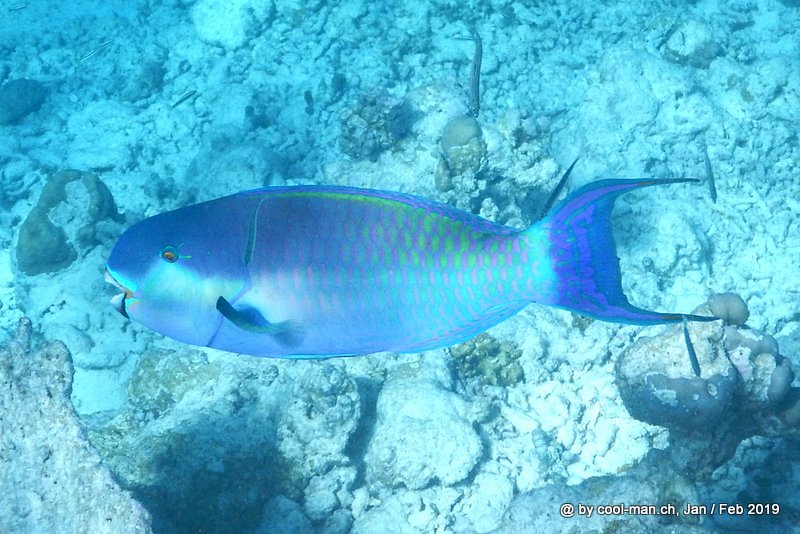 A sandbank a few minutes by boat from Rasdhoo was worth a visit. A couple of parasols provided shade. 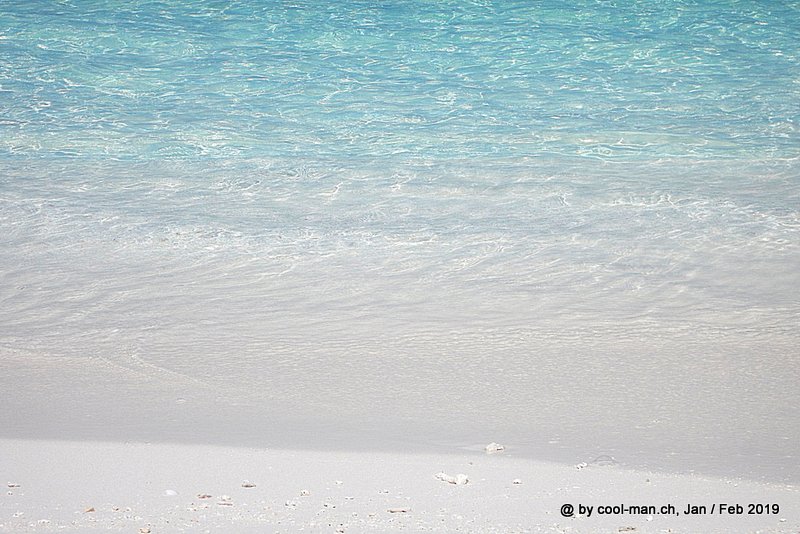 The sandbank also has a lot to offer under water. 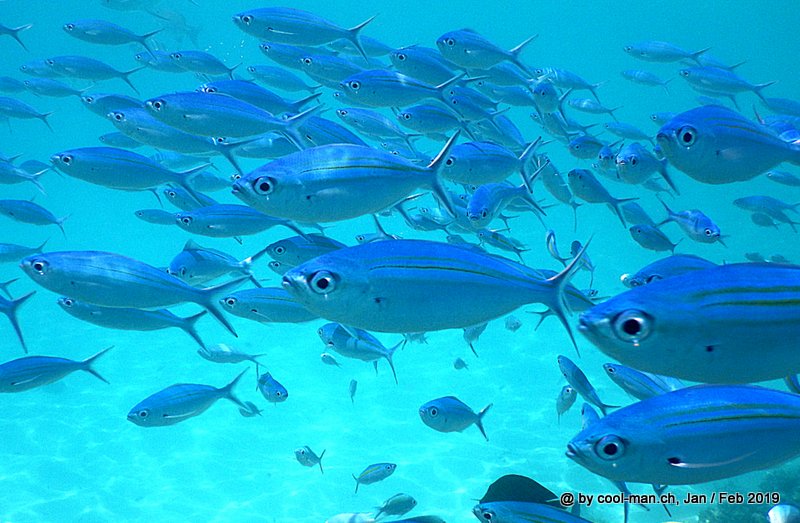 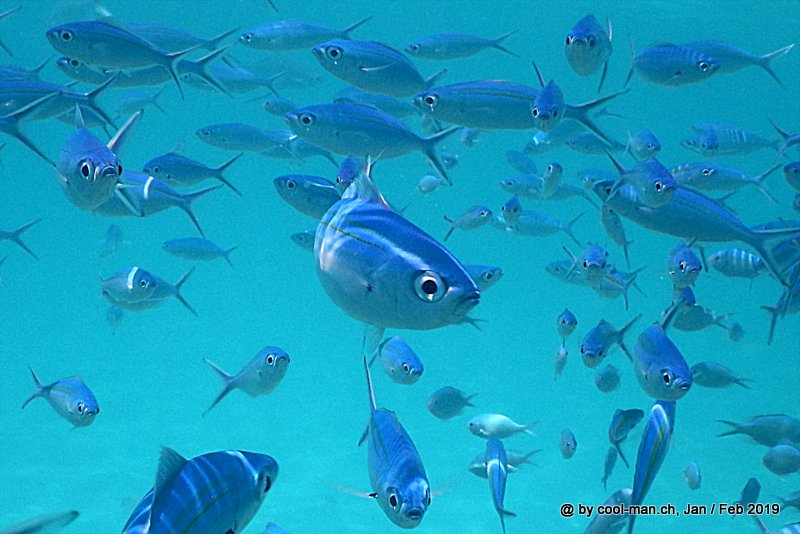 My ‘office’ on Rasdhoo. As so often, the ergonomics leave a lot to be desired. 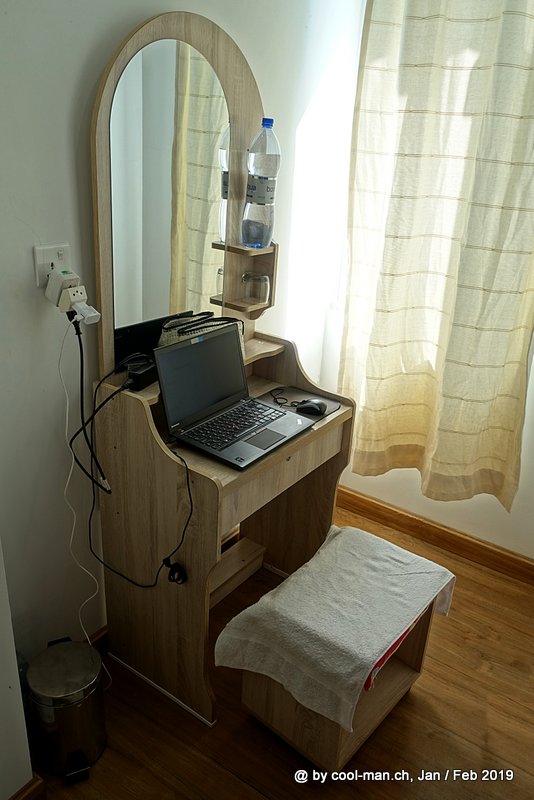 During the night the hermit crabs are on their way on the beach.

Thousands of these Ghost Crabs roam on each island at night. In case of danger, they bury themselves in the sand or flee into the sea. 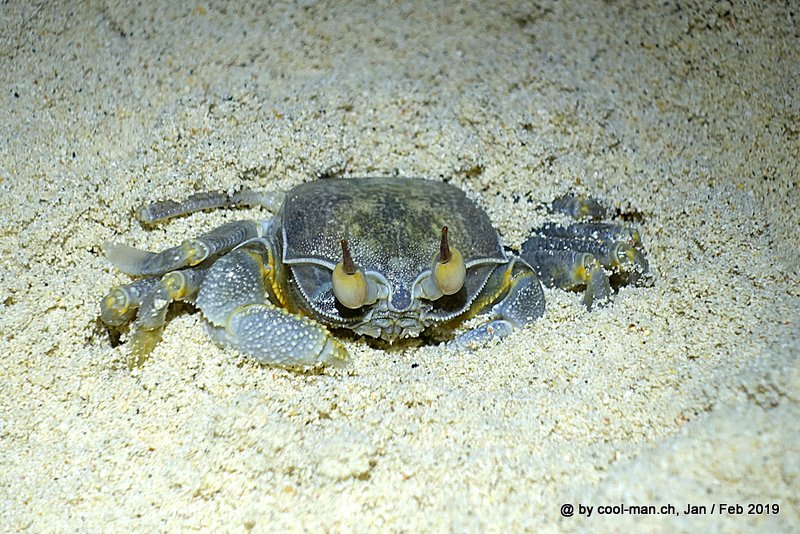 The Rasdhoo landfill. There are similar waste dumps on all local islands.

The island of Ukulhas lies on the route between Rasdhoo and Mathiveri. I did not go ashore here.

The port of Ukulhas is a typical port in the Maldives.

With the local ferry I traveled on to the island Mathiveri.