After Kenya I visited Tanzania. Tanzania has developed a lot since my last visit to this area in 1992 and is now comparable to countries in Southeast Asia.

Safari is expensive and the parking fees are constantly increasing. On the other hand, every year thousands of animals fall victim to poachers, so that the tourists get to see less and less animals. Especially rhinos, elephants and big cats are affected. On my first trip in 1992 I saw several rhinos, on this trip none more. 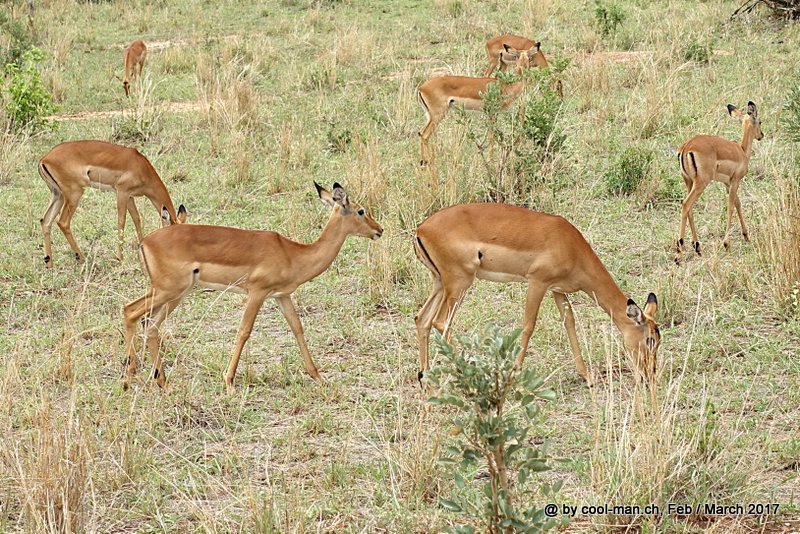 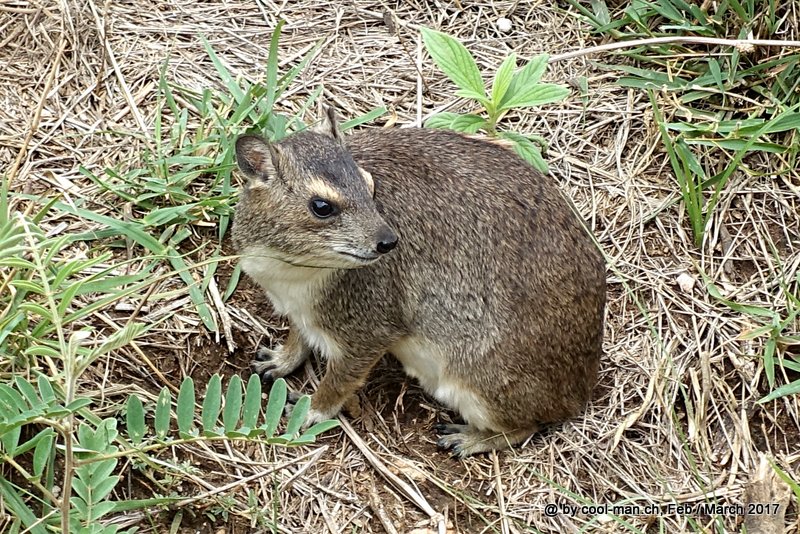 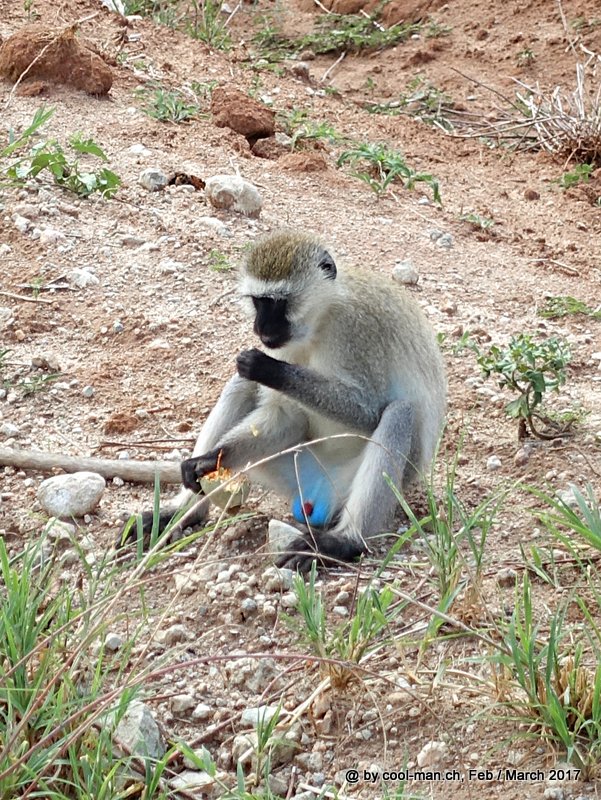 A group of elephants

The small baboons ride on their mothers 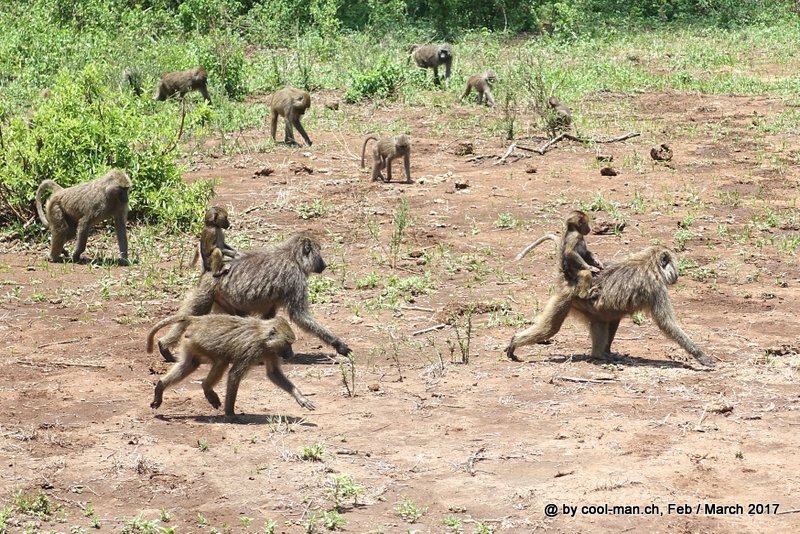 A pack of cheetahs 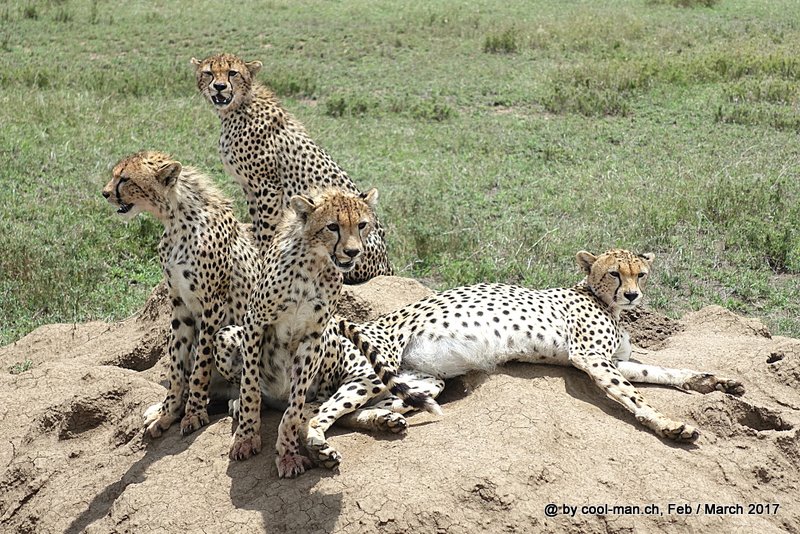 Three cheetahs on a safari jeep. In this exceptional situation even the local driver takes a photo of the cheetah. 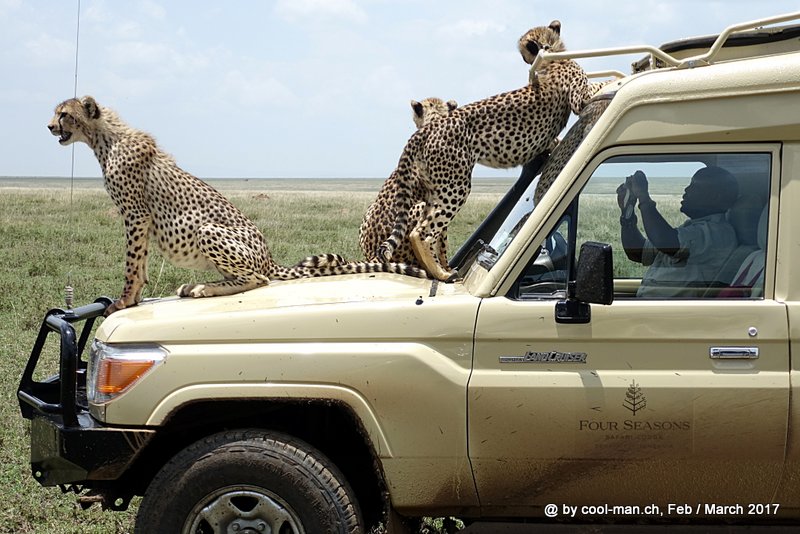 A cheetah jumped under the open roof of our jeep and was only 2 meters away from me. And that without safety like e.g. a separating window. According to our guide the cheetahs do not attack people. Fortunately the cheetah kept to this rule. He could have easily jumped into the car and torn me apart. 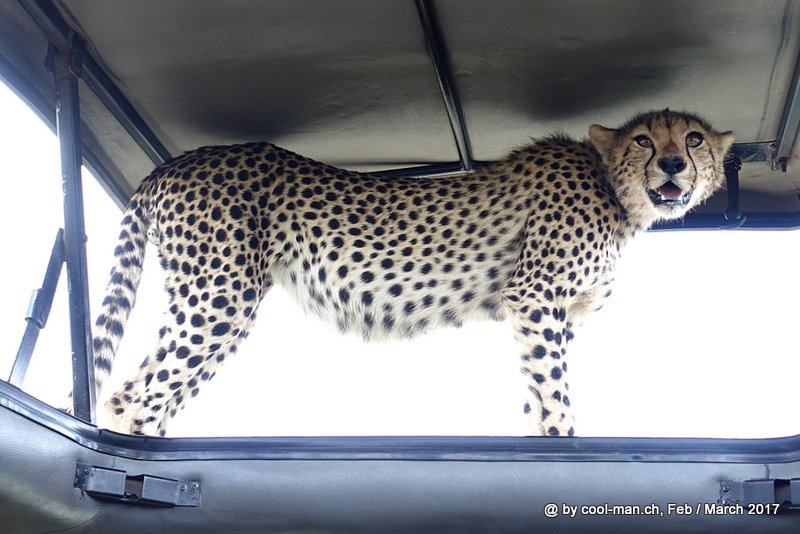 However, this newborn gnu calf was on the cheetah’s menu. 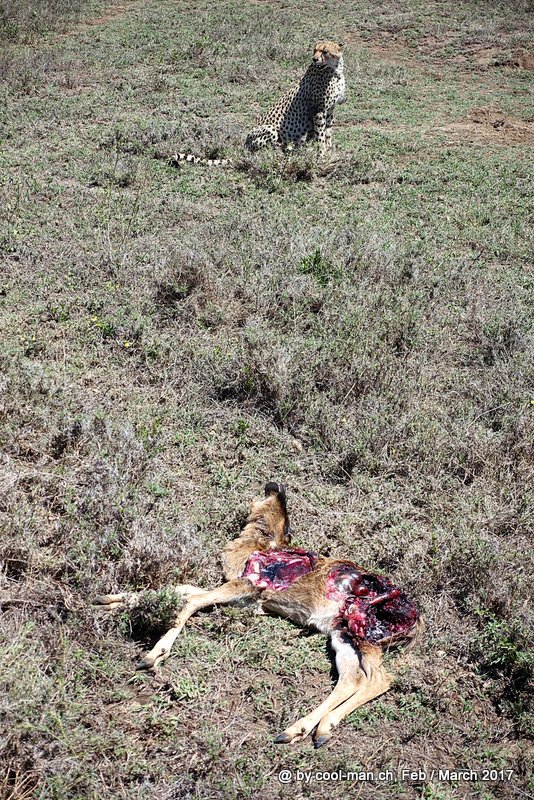 A leopard. At the beginning of our safari our guide said that we would see at least six leopards, which we did not believe. At the end of the safari we counted over ten leopard sightings, often at some distance on a tree. We were very lucky to see this leopard so close. 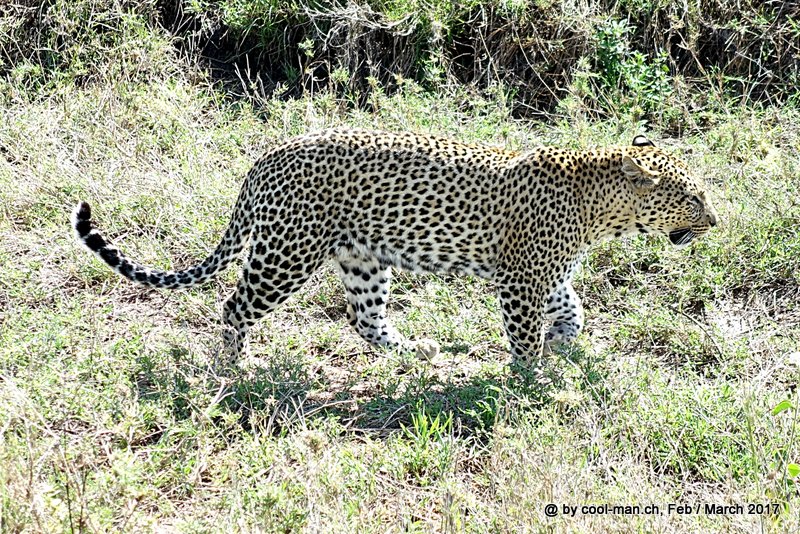 After a long night hunting, lions sometimes take a nap on a tree. 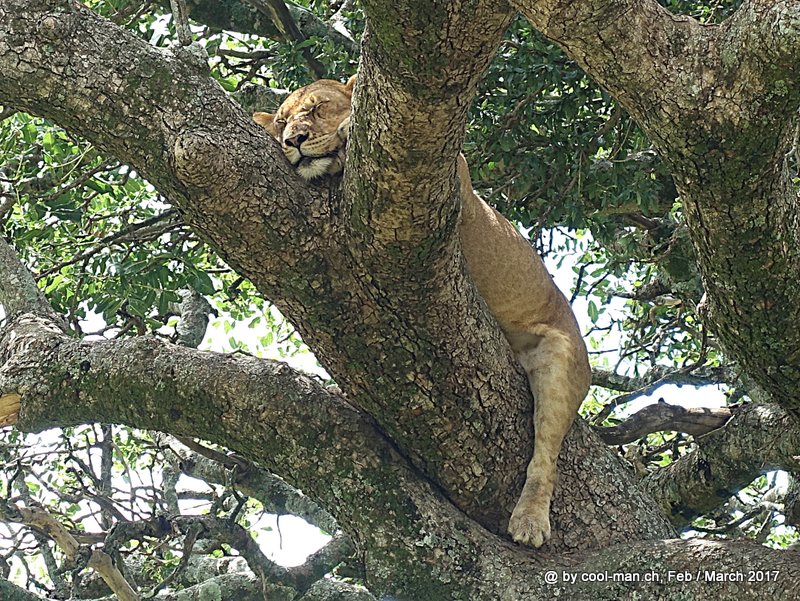 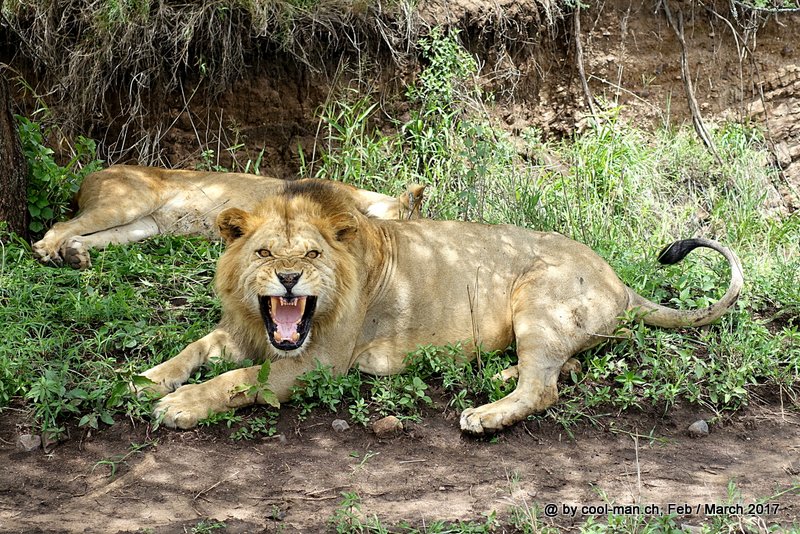 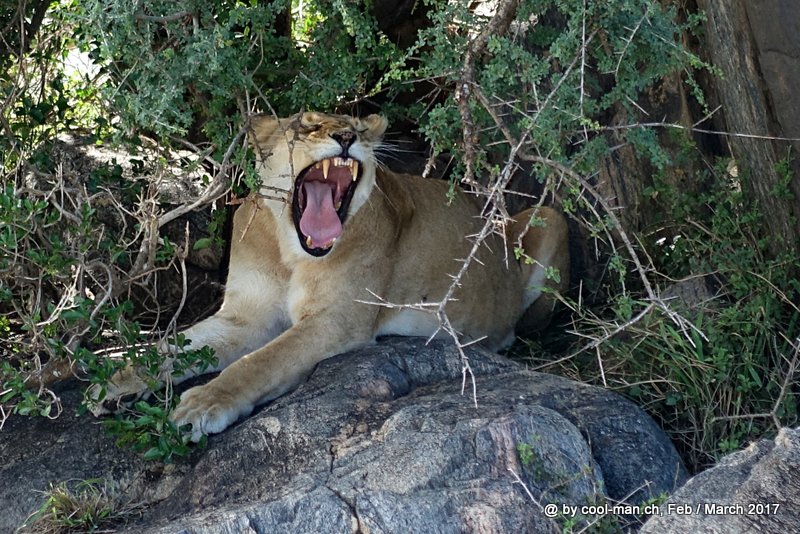 The male lion eats first, before the females and cubs get their share. 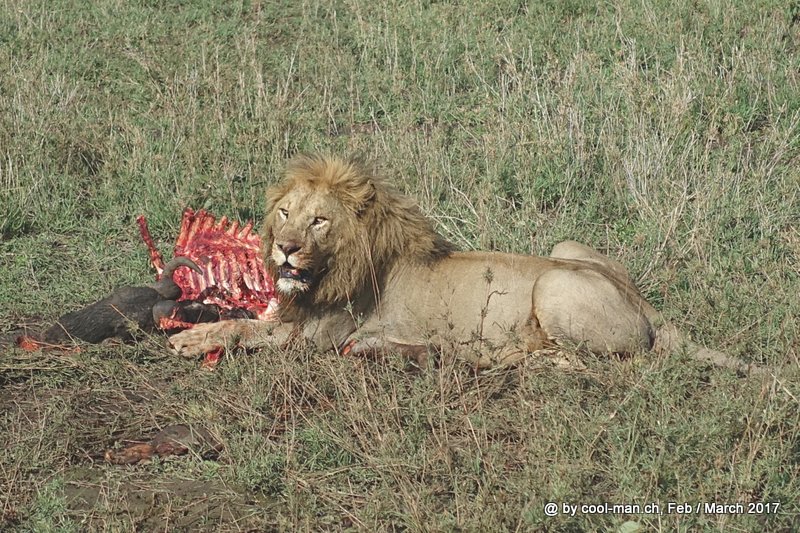 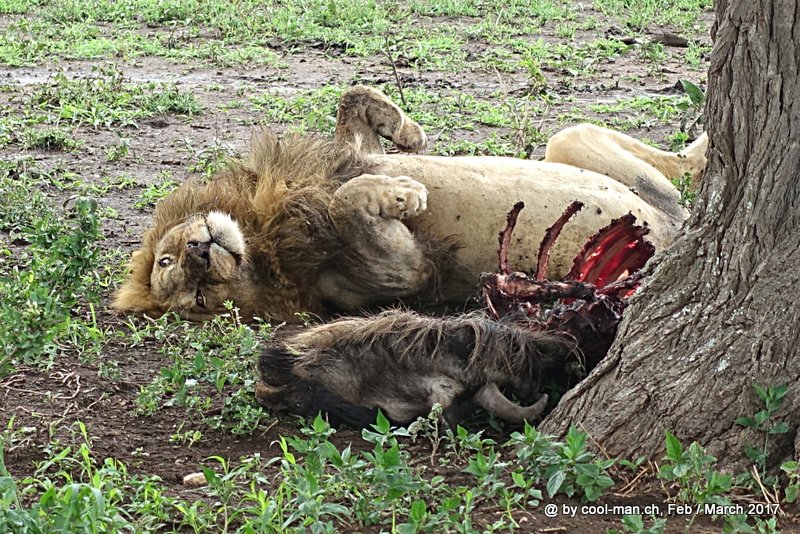 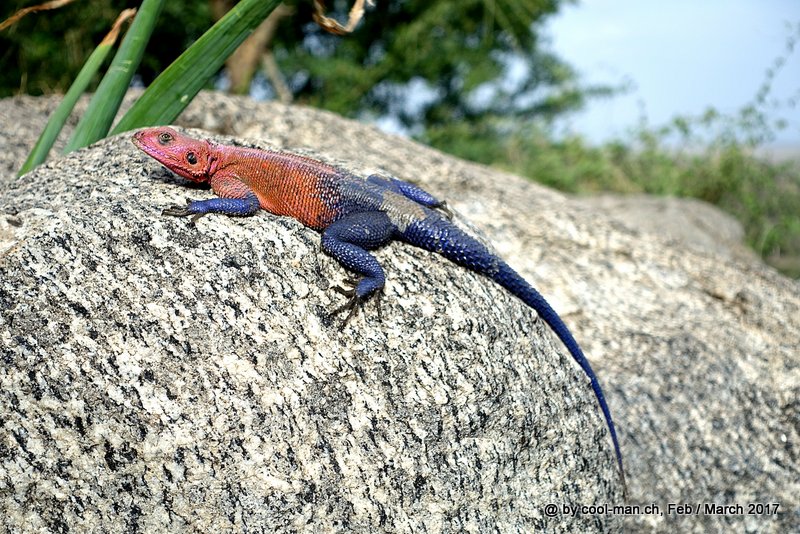 A Dik-Dik, a dwarf antelope 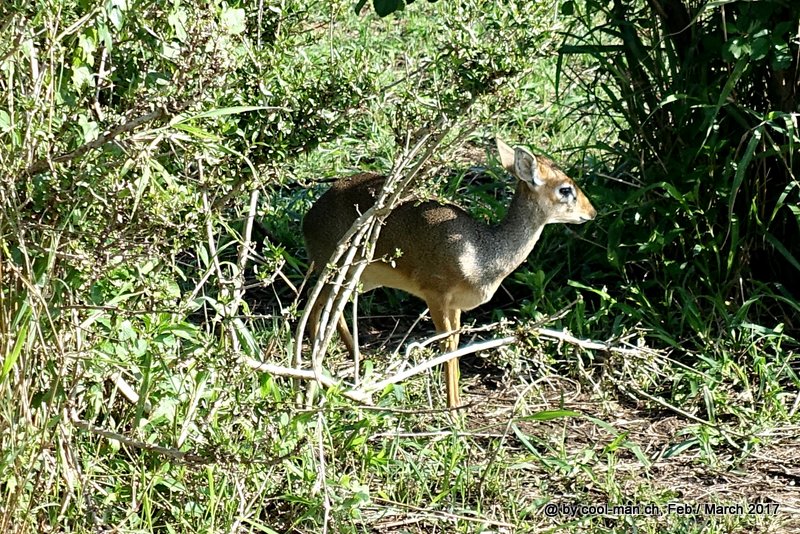 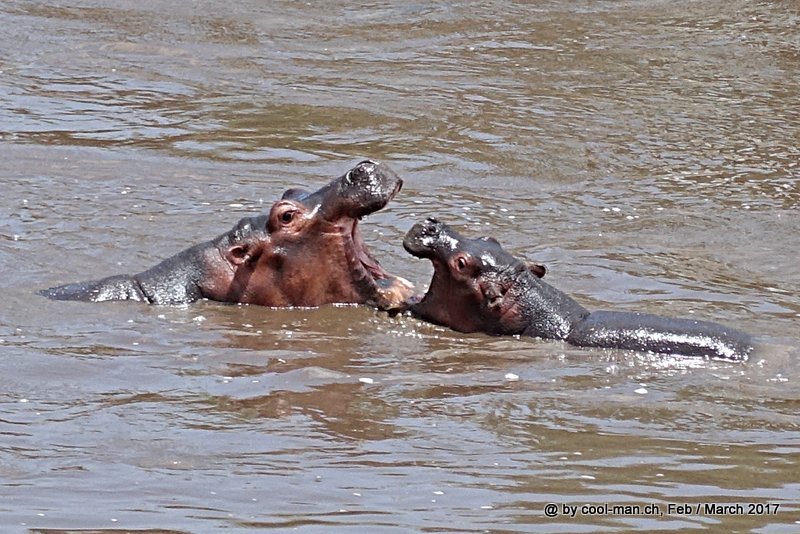 A woman of a tribe at Lake Eyasi 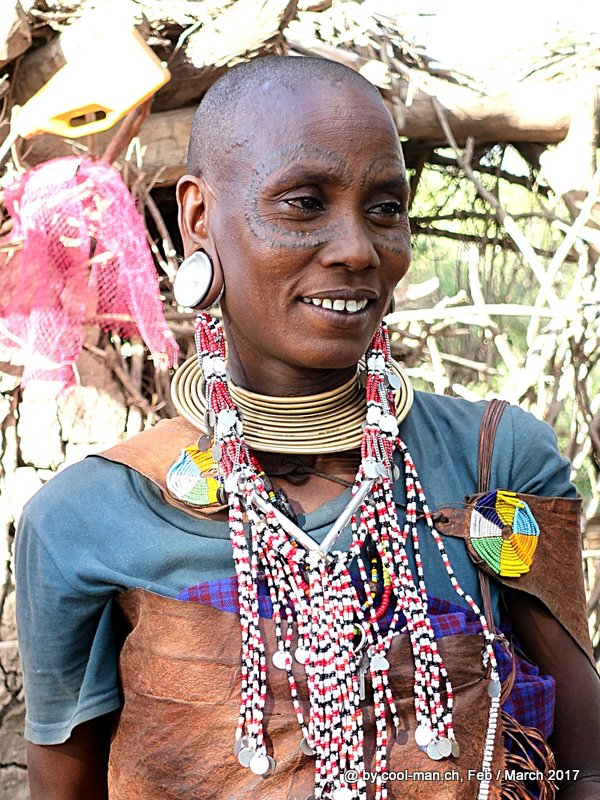 In the hills around Lake Eyasi there is a tribe that lives almost exclusively from hunting. 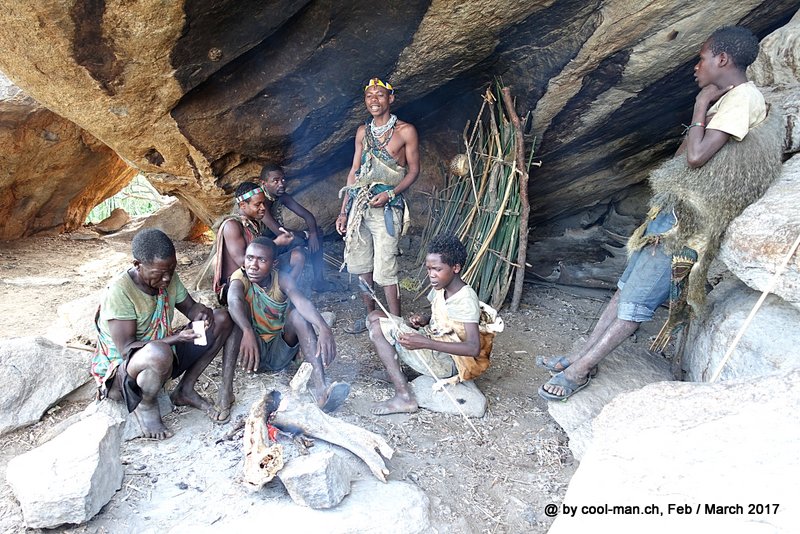 Better the sparrow at the arrow … 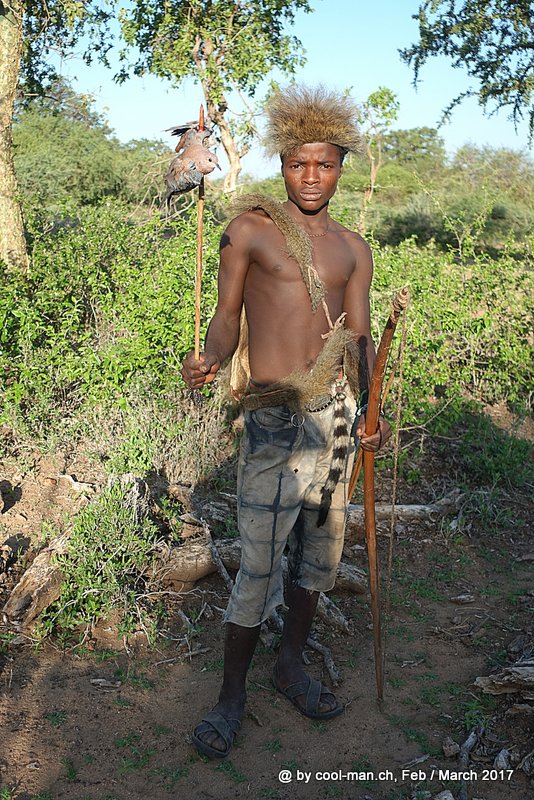 A splendid specimen of a Baobab tree 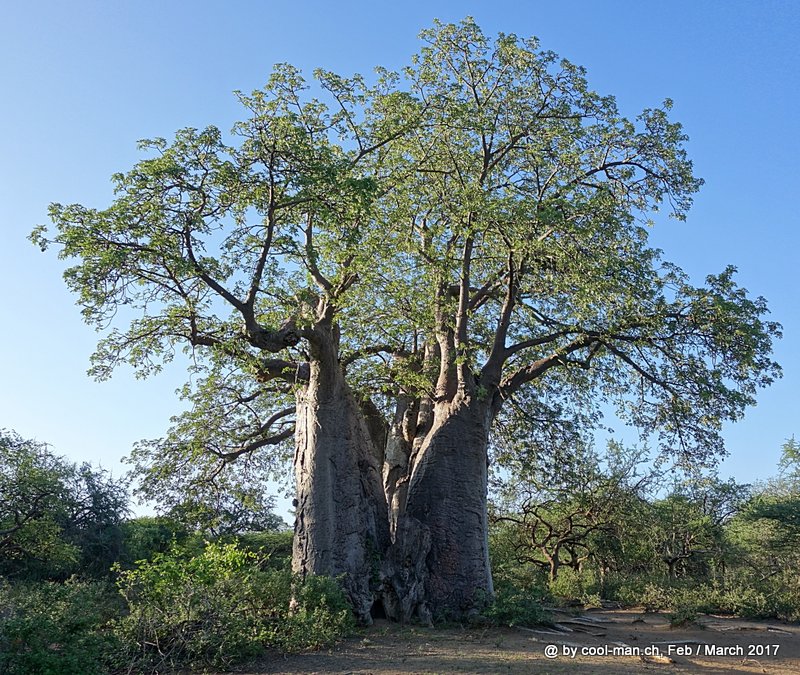 A Tanzanian school in the country. Classes can include up to 90 students. 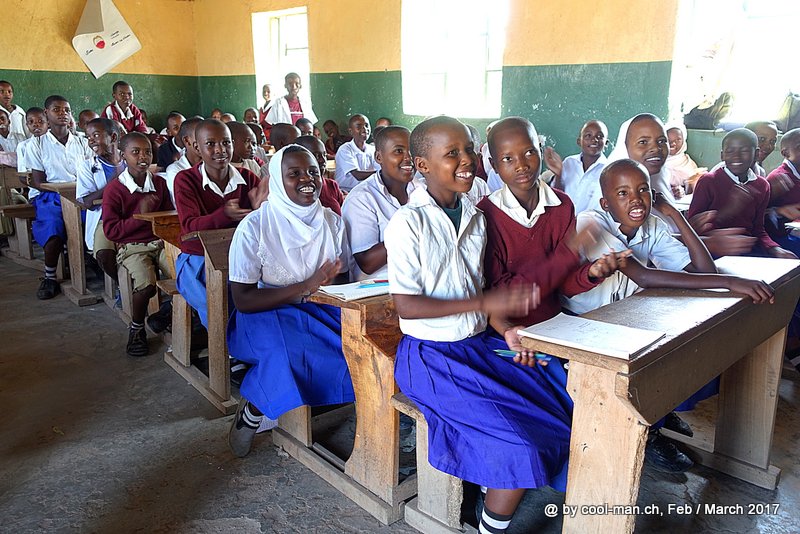 Chameleons are common in this area. 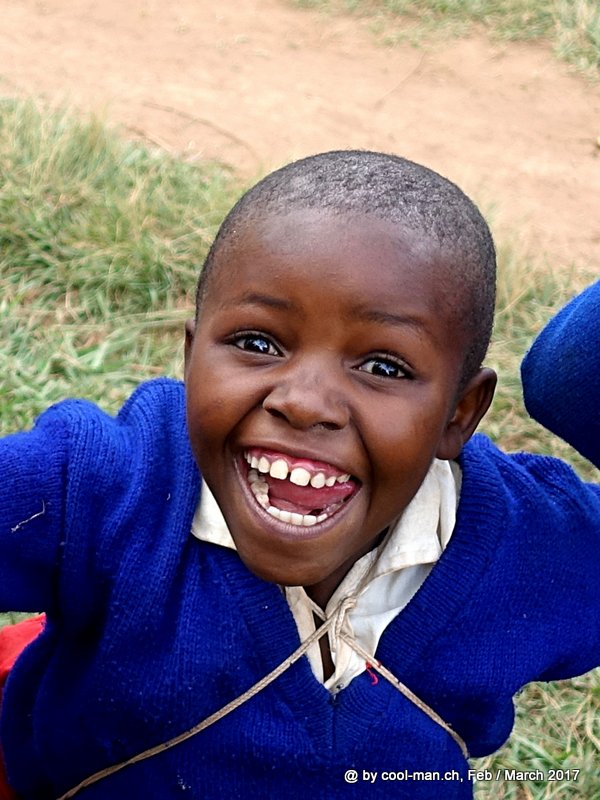 The viewpoint of Mtae, the destination of a four-day hike 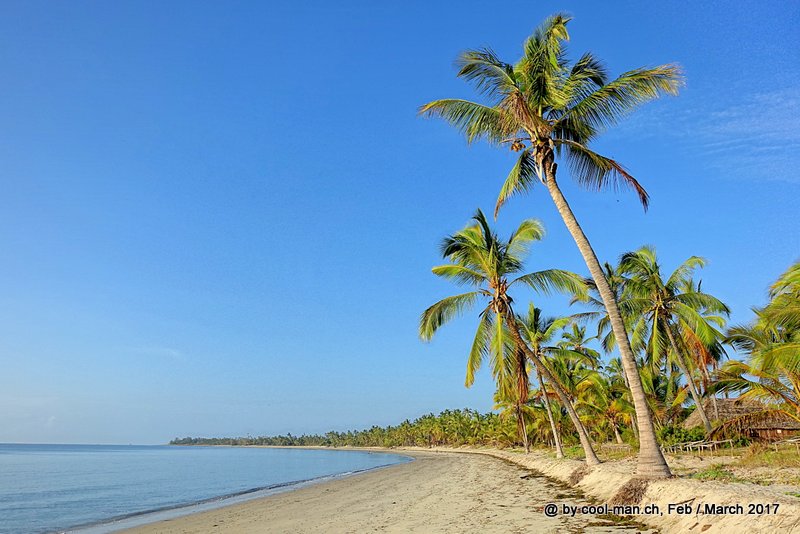 One of the thousands of crabs

A historic house was converted into a hotel 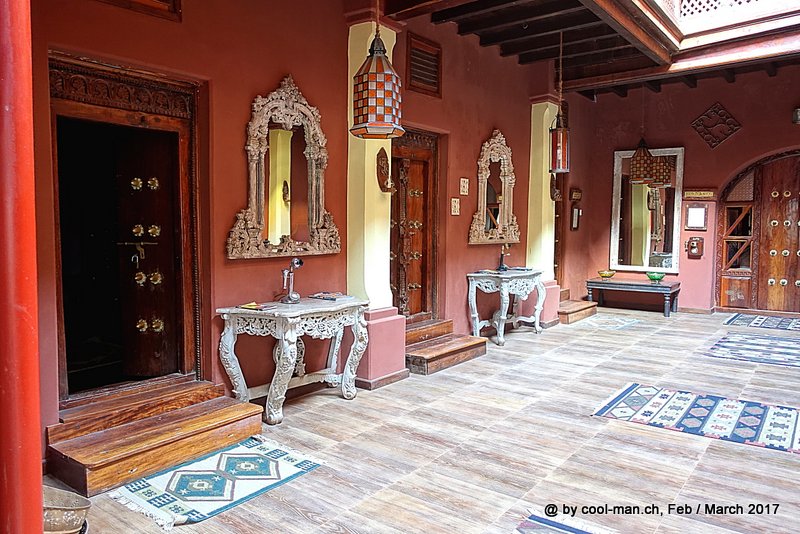 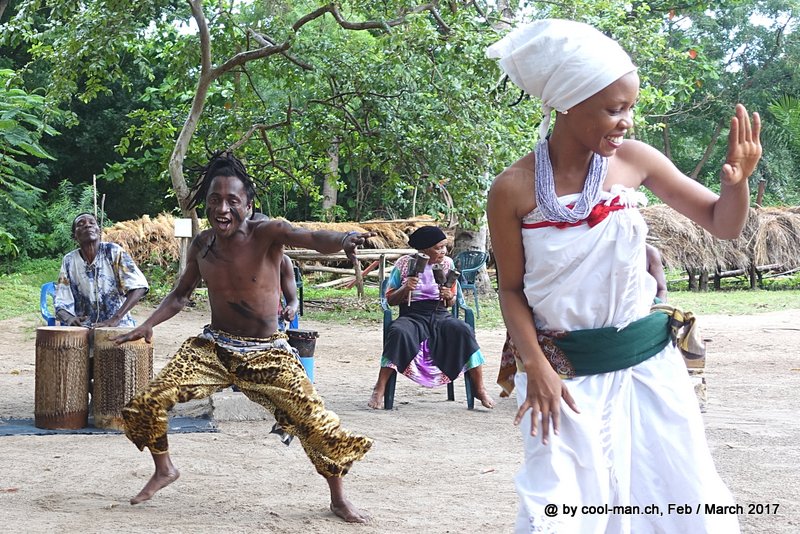 After an eventful month in Tanzania I flew on to Cape Town in South Africa.