After I had to end my trip to the Philippines because of the typhoon Yolanda, I flew to Nepal at short notice.

It was my fourth visit to Nepal, so I was already familiar with many places. Nepal is one of the poorest countries in Asia. You can’t expect too much from the people. Of course I was not picked up at the airport, although it was agreed. There is little awareness of the environment. Waste is everywhere in the cities. It can happen that you eat breakfast in a restaurant and plastic bags are burned right next to it. People do not understand that such odor emissions can be disturbing during the meal.

I spent the first week in Kathmandu, where there were great temples (Bhaktapur, Swayambhu Temple, Boudha Temple) in the area. All these temples are recognized as UNESCO World Heritage sites.

The small town of Bhaktapur is 13 km from Kathmandu and was the capital of Nepal until the 15th century. Bhaktapur has the best preserved city center in Nepal. 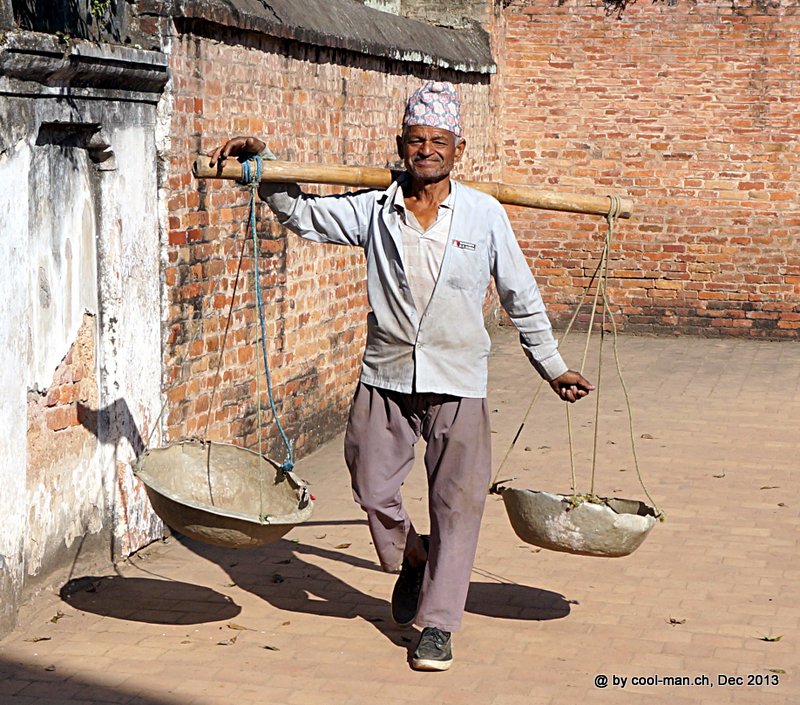 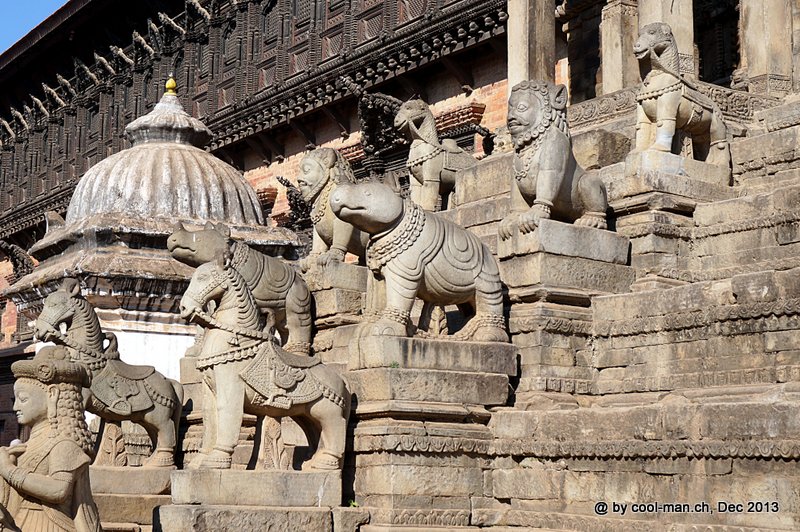 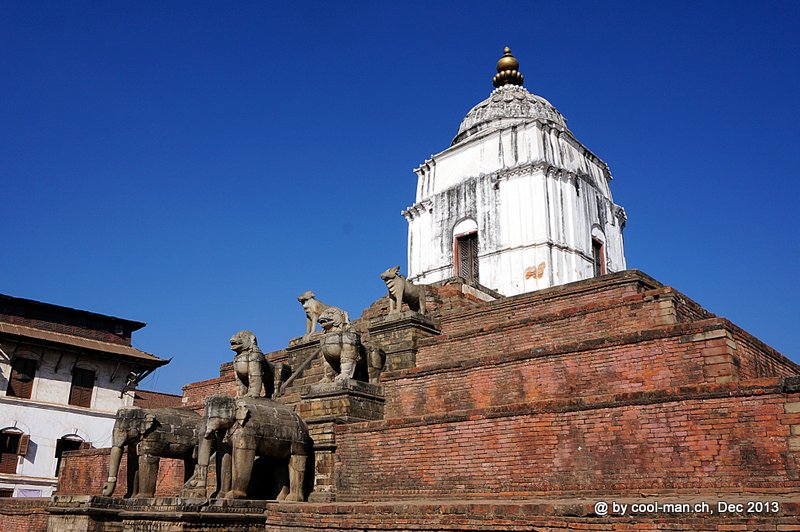 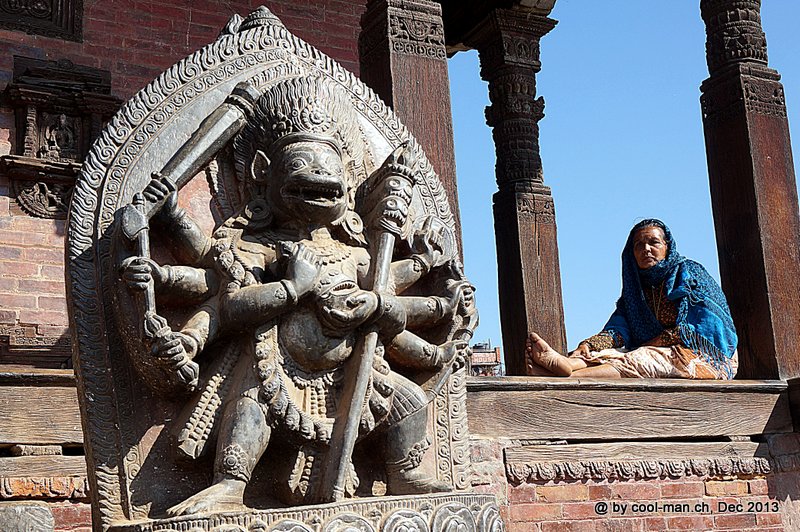 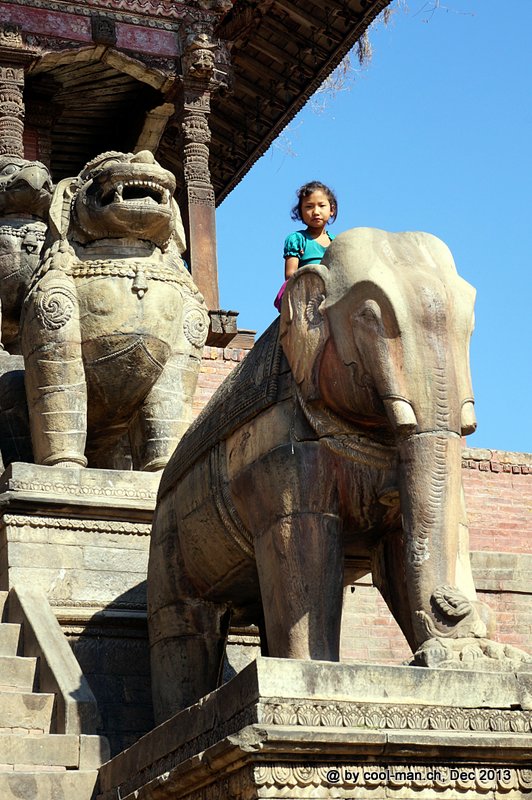 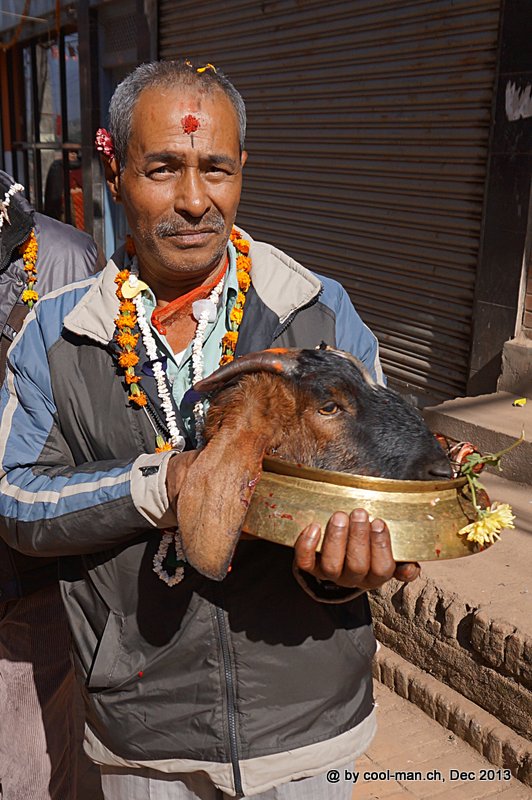 Swayambhunath is an ancient religious structure on a hill in the Kathmandu Valley, west of the city of Kathmandu. It was founded at the beginning of the 5th century AD and is thus one of the oldest religious sites in Nepal. 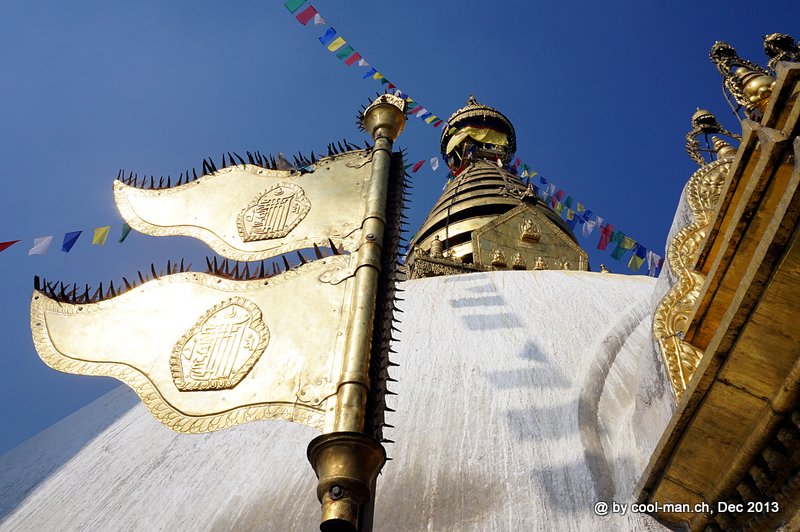 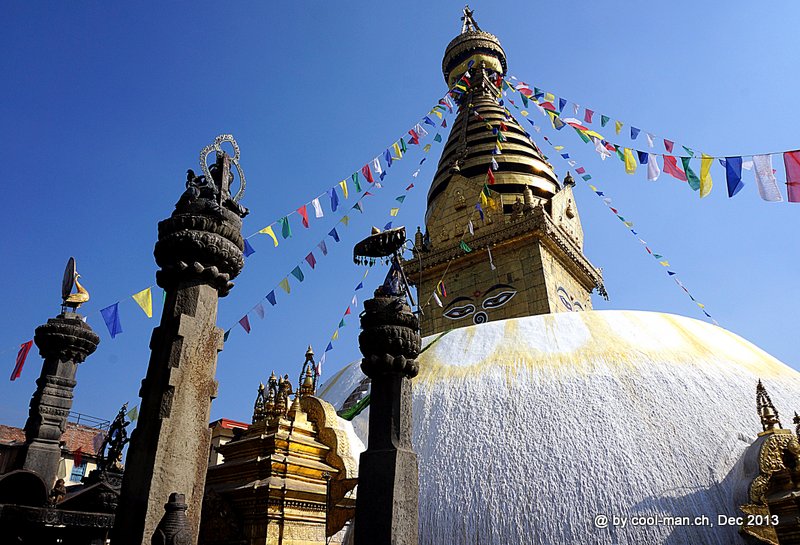 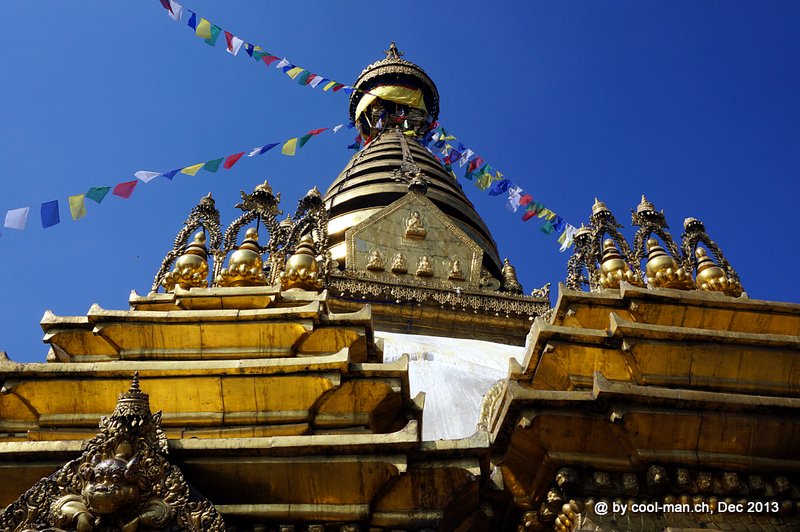 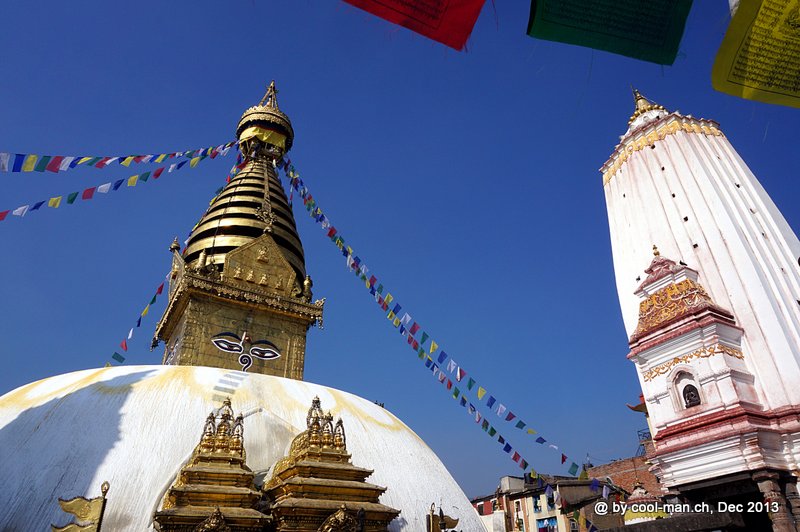 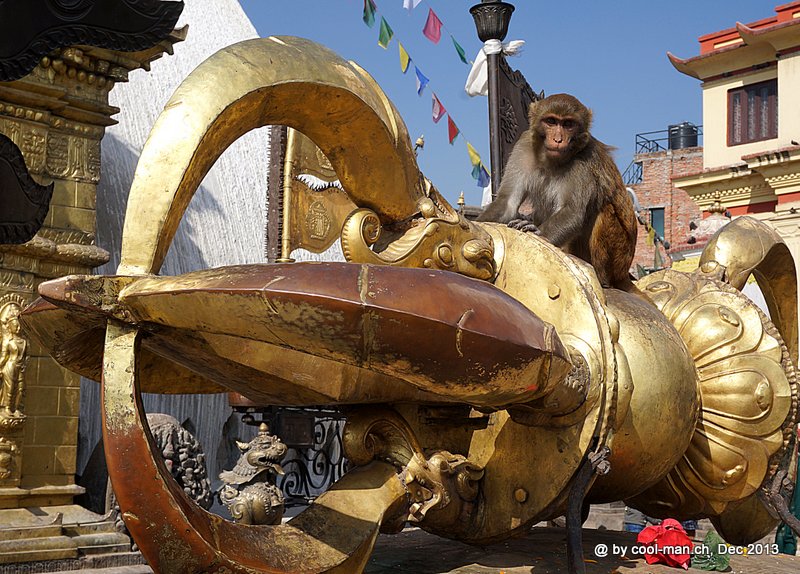 This stupa complex is 11 km away from Kathmandu. 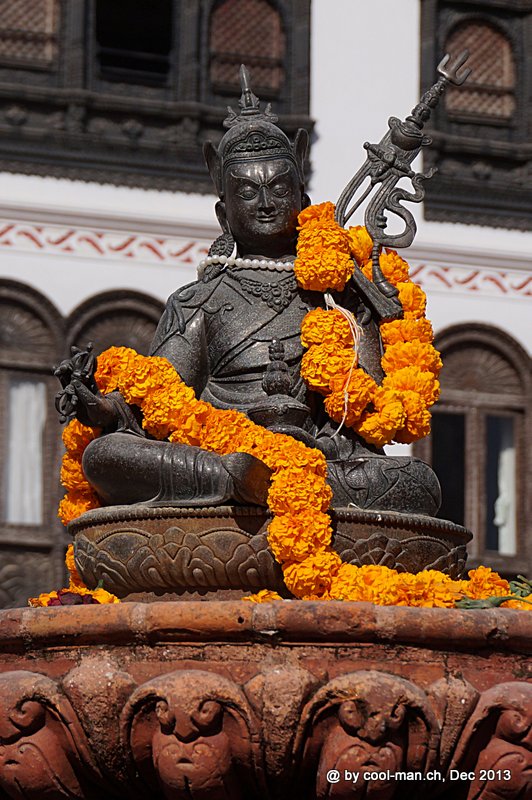 A Dutchman, who lived in the same hotel, drew my attention to a village between Kathmandu and my further destination Pokhara, which I should definitely visit. So I traveled to Bandipur. It lies above a valley in a hilly landscape. I really liked it there. It was traffic free and on the main square restaurants and cafes had set up their tables. In the best hotel in the village the Red Cross held an event. The big off-roaders occupied the whole forecourt of the hotel. A little above the village I enjoyed beautiful sunsets. 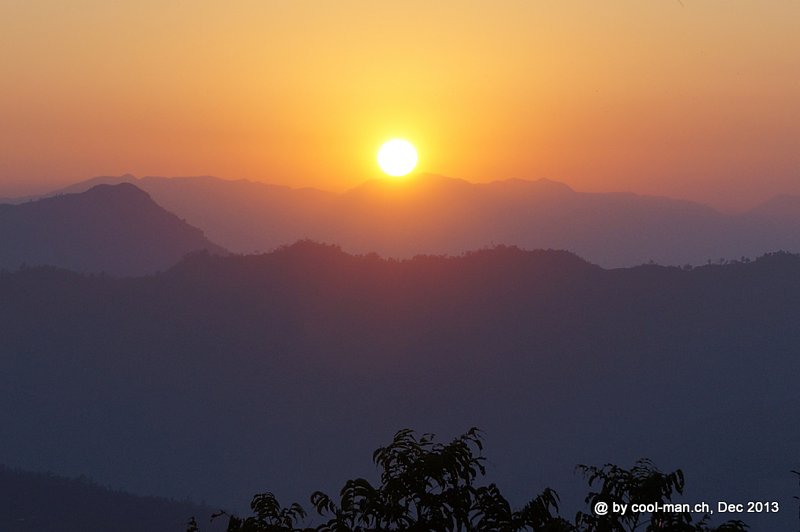 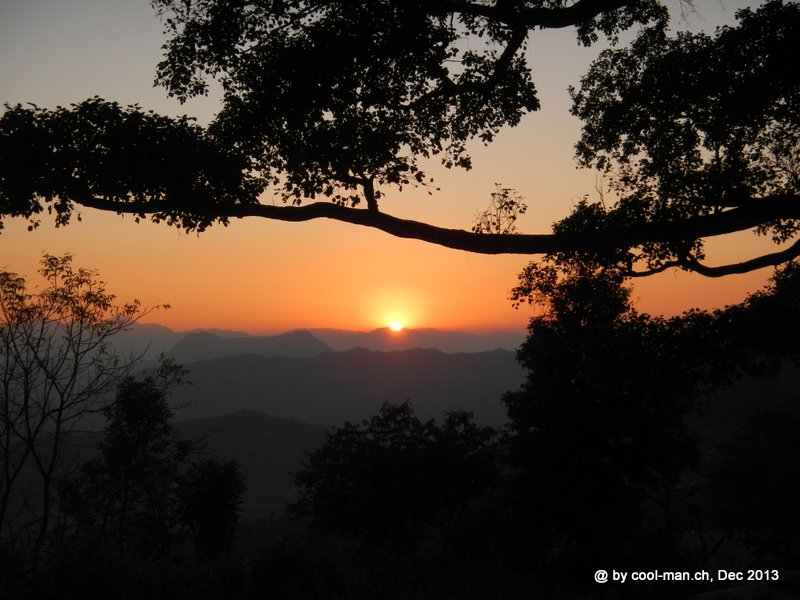 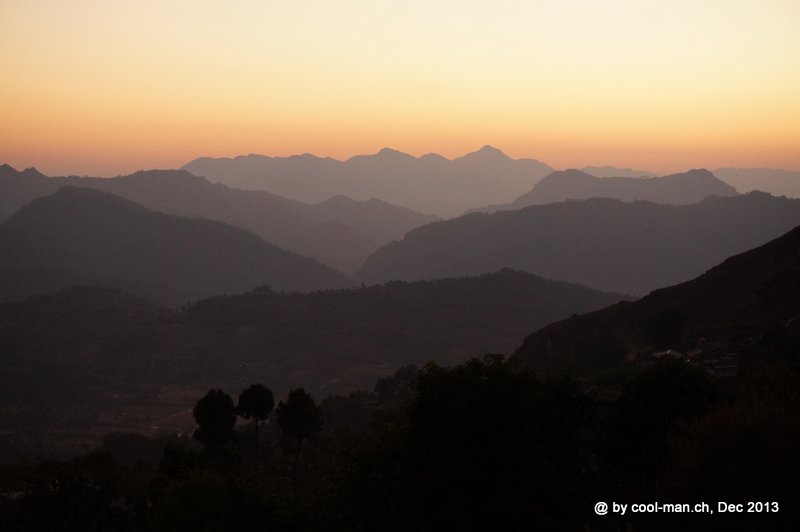 When I turned my head, I could marvel at the reddened six-thousanders of the Annapurna massif. 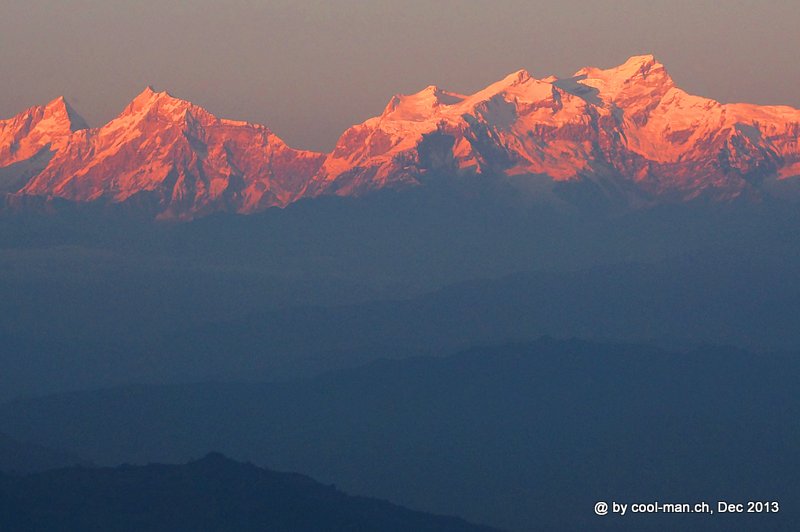 A girl is watching the events on the street. 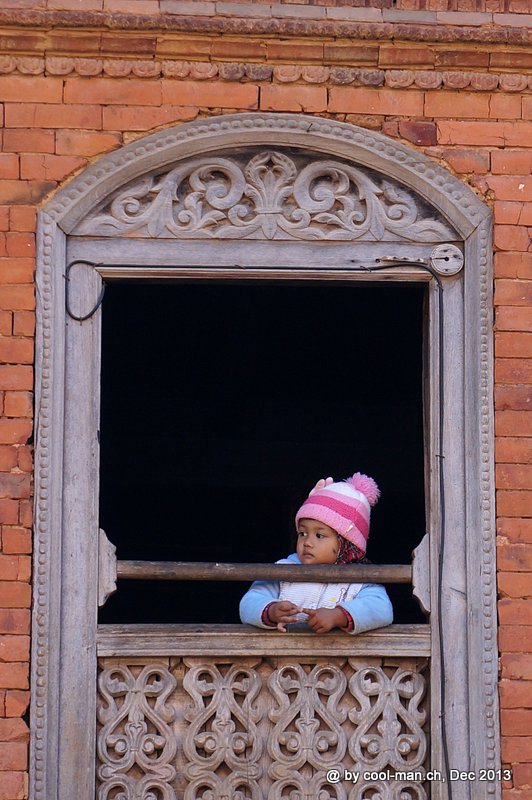 On a small hike near the village. 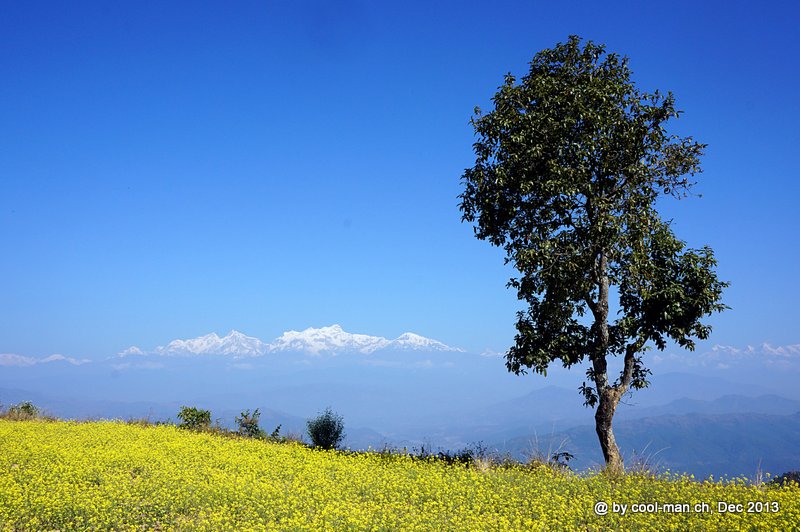 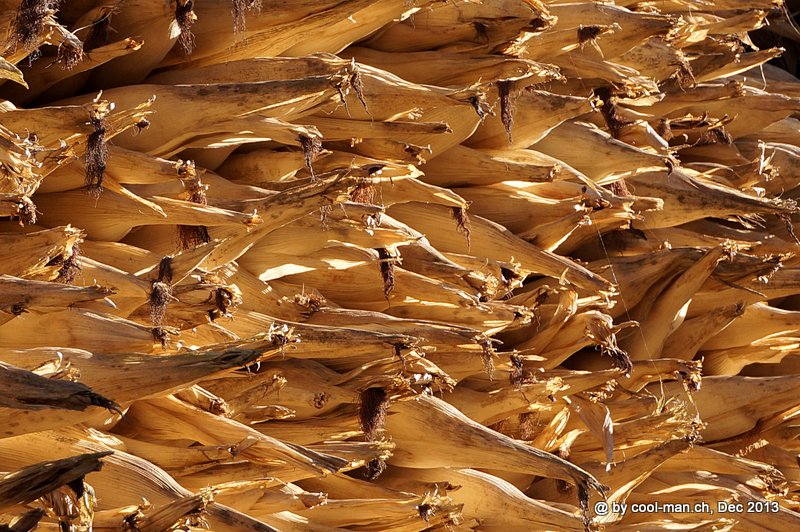 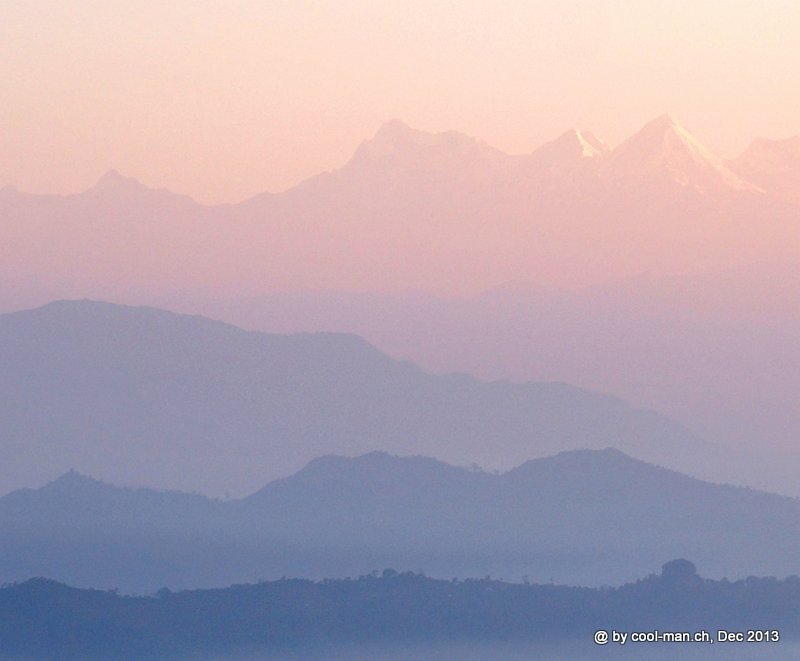 A day hike with wonderful views led to a village that could only be reached on foot.

Bandipur was known by Westerners as a paragliding Mecca. One of the paragliders was Olivier, a Frenchman with whom I still have contact. At the Indian on the left on the picture we had breakfast every morning. His favorite phrase was “minor case”, which meant “not worth mentioning”.

The Nepalese are sometimes difficult to understand. Although I gave my clothes to wash early and it was known when I wanted to leave, they waited another day before they started washing. Of course the laundry was still damp the evening before my departure day. So I decided to dry the laundry with my 1,000 watt hair dryer. One minute after I had switched on the hairdryer, the electricity in the hotel went out. A look out of the window showed that the whole village was affected by the power cut. A hotel employee came immediately with a candle. I mentioned that I had used the hairdryer, but he said that power cuts were common here. After five minutes the village had electricity again, so I switched on the hairdryer again. Less than a minute later the whole village was dark again. So my hairdryer caused the power interruption! Then I renounced the drying of the laundry and actually the electricity did not fail afterwards any more.

The next destination was Pokhara. This is a bigger city, idyllically situated on a lake. Around the city there are hills that you can walk on and from where you can enjoy a great view over the city, the lake and the Annapurna massif. The hills are also popular with paragliders. In Pokhara I spent time with a Swiss who stays here every year for a few months. 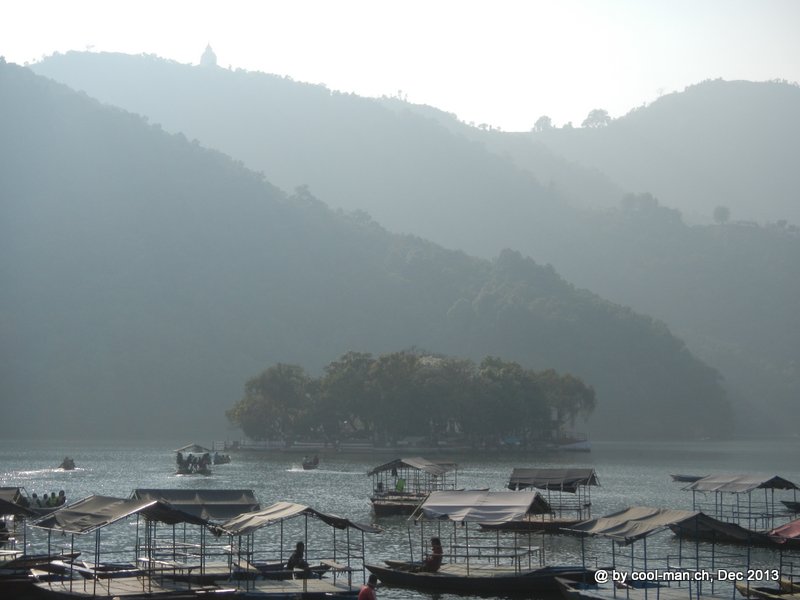 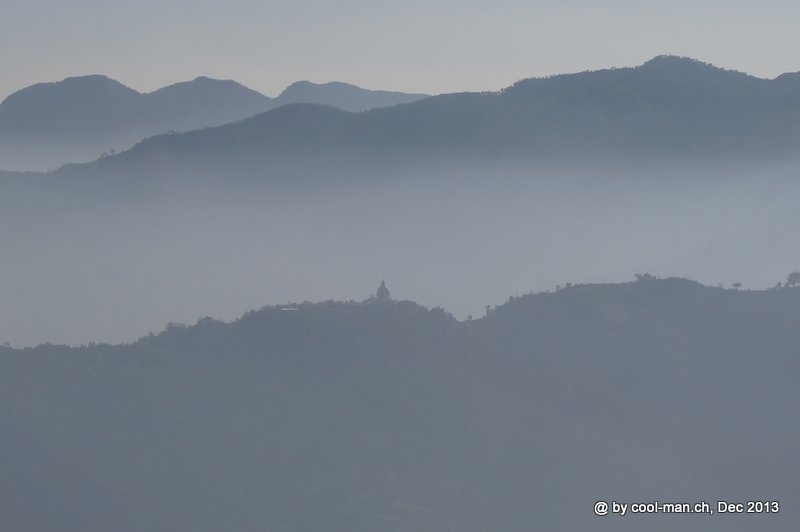 The vantage point is also a starting point for paragliders.

On the other side you can see the mountain panorama of the Himalayas. 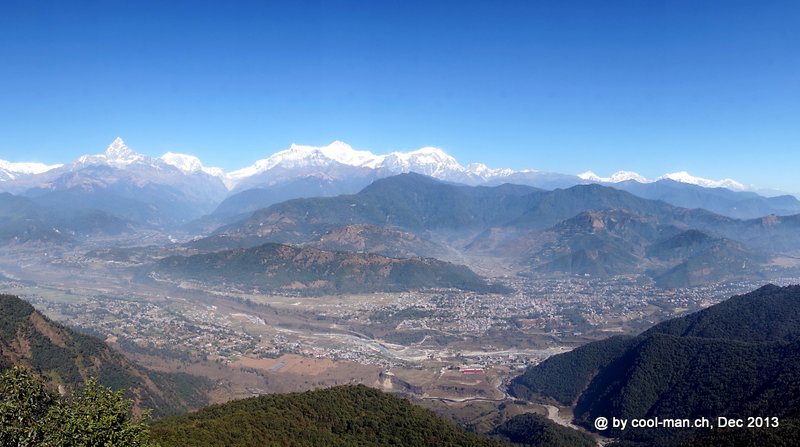 The 6,993 meters high Mount Machhapuchhare, also called Fishtail, in the Annapurna massif is the most famous mountain and reminds of the Matterhorn in Switzerland. 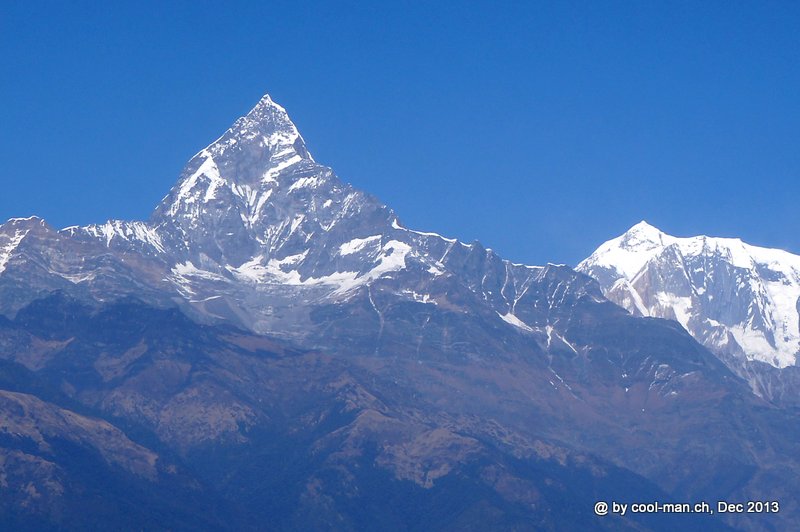 After a bad weather front was forecast, I flew without further ado to Thailand, where I visited two Swiss nationals for a few days before flying to Malaysia.