In November 2008 I spent a day in Doha before flying with Qatar Airline to Nepal.

The Museum of Islamic Art was about to open. 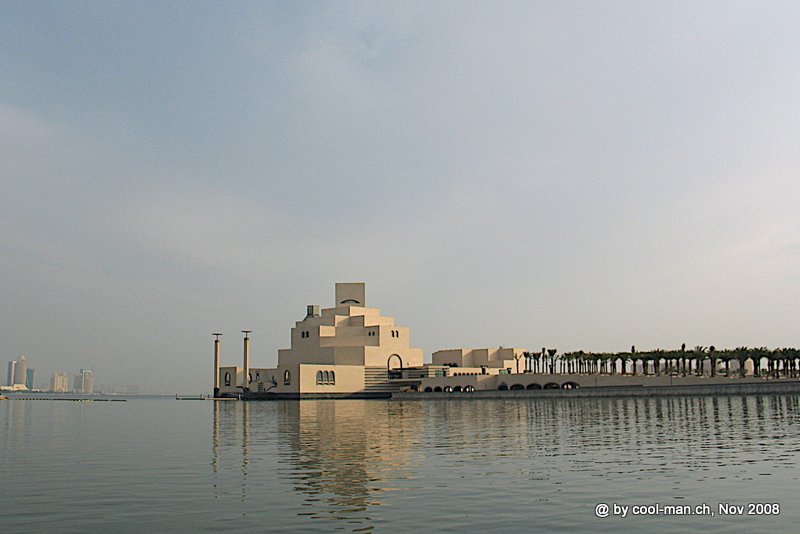 A Porsche Cayenne driver enjoys the view of the Doha skyline early in the morning. 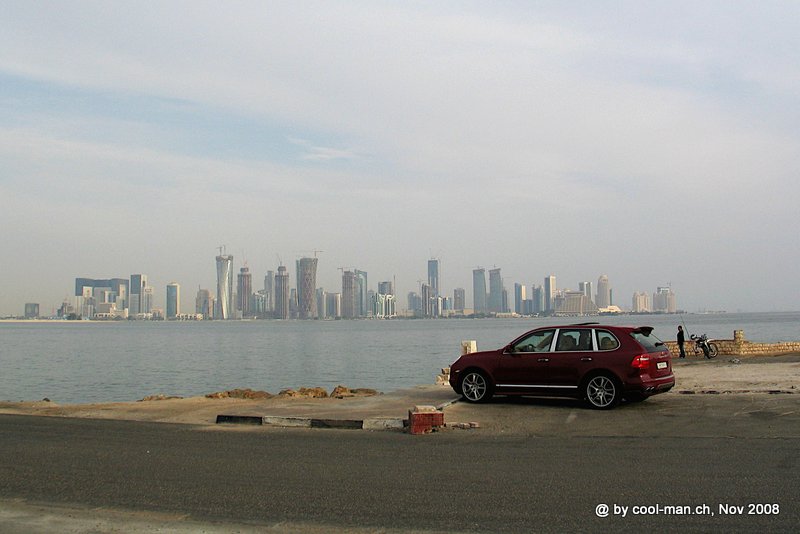 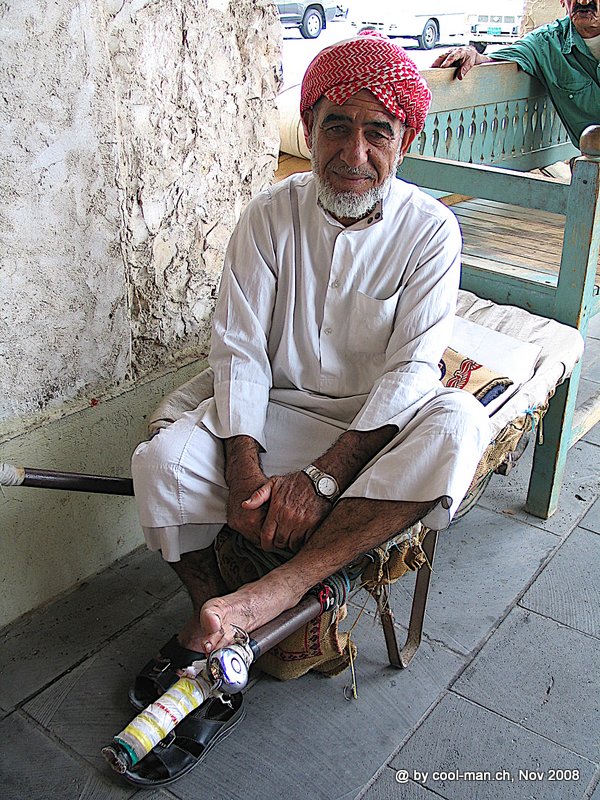 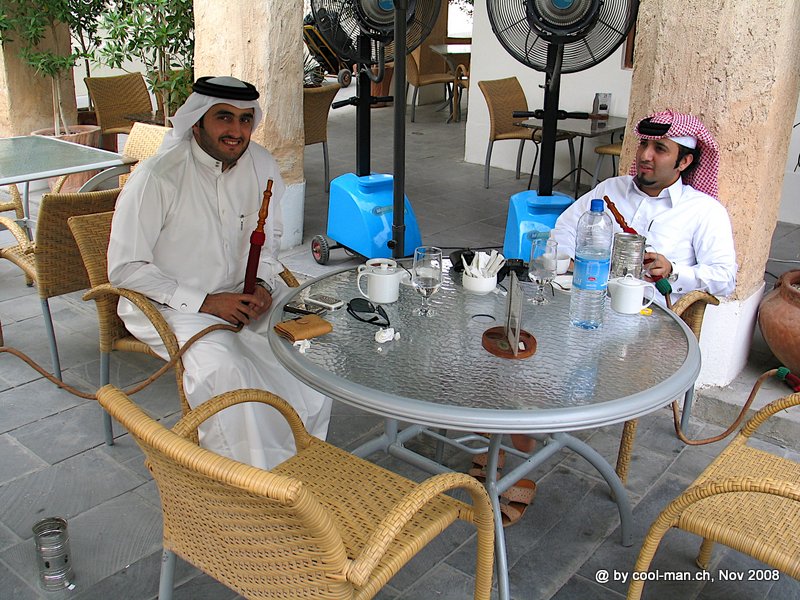 Falconry is a great passion of the inhabitants of the Arabian Peninsula. 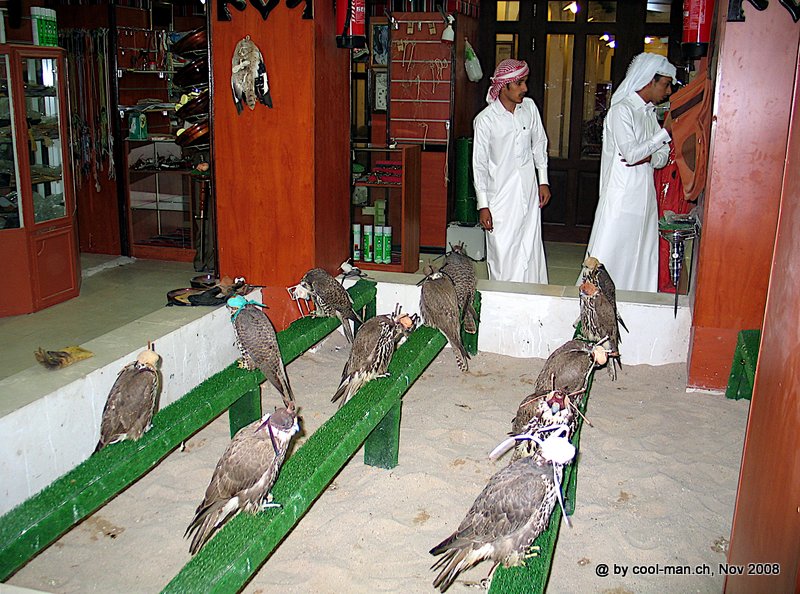 The Arabs love to pour the tea from as high up as possible. 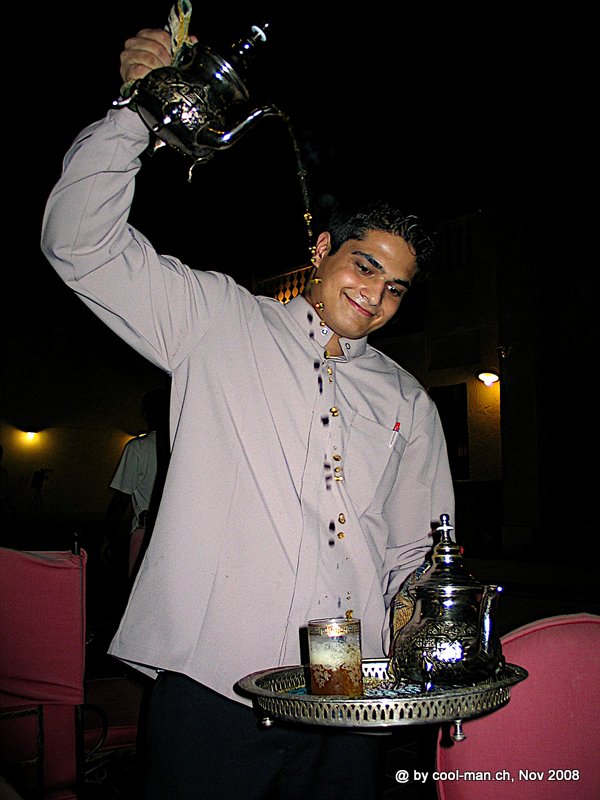 Doha, the capital of Qatar, was the first destination on the winter trip 2011.

The Emir of Qatar is very proud of the Museum of Islamic Art, designed by the architect I.M. Pei, who among other things created the pyramid in the Louvre in Paris. The Emir took 91-year-old Pei out of retirement for this commission. Pei then traveled the Arab world for several months, reading Muslim texts to understand what Arab architecture is all about.

The building is remarkable. The collection, purchased for several billion USD in recent years, is equally interesting. The exhibits show a cross-section of Islamic art over the last thousand four hundred years, with exhibits from Spain, Egypt, Iran, Iraq, Turkey, India and Central Asia. Among them are glass works of art, sculptures, tiles, daggers, goblets set with precious stones and falcons etc.. But also pages from very old and artfully decorated Koran books and historical carpets and textiles with Islamic and Arabic inscriptions can be seen. There are also objects from the royal tents of Iran and Central Asia from 13th century and a curtain of calligraphy that decorated the Al Hambra in Spain in the 15th century. I found the exhibition about ornaments, which are an obsession in the Arab world, particularly interesting. Some of them are derived from calligraphic writings.

A highlight of the collection is the so-called Book of Secrets from the 11th century, which contains drawings and descriptions of more than 30 mechanical devices such as water clocks, automatic calendars and heavy weapons. This book contains one of the first records of complex historical machines and had not been understood in detail before. The Emir supported an Italian group of experts who had already studied da Vinci’s records to examine this extraordinary book.

I.M. Pei insisted that the museum be built on a heaped island from where you can see the skyscrapers on the other side of the bay.

The Museum of Islamic Art in Doha 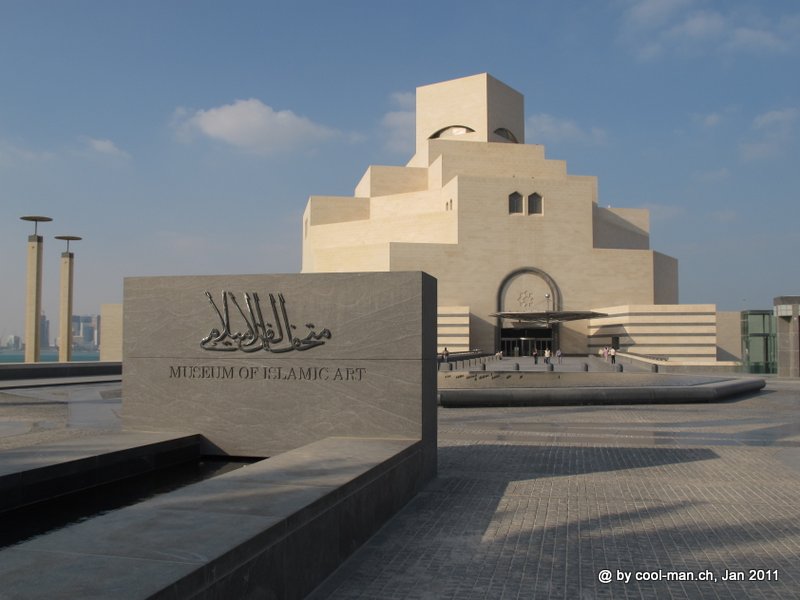 The architecture is impressive. 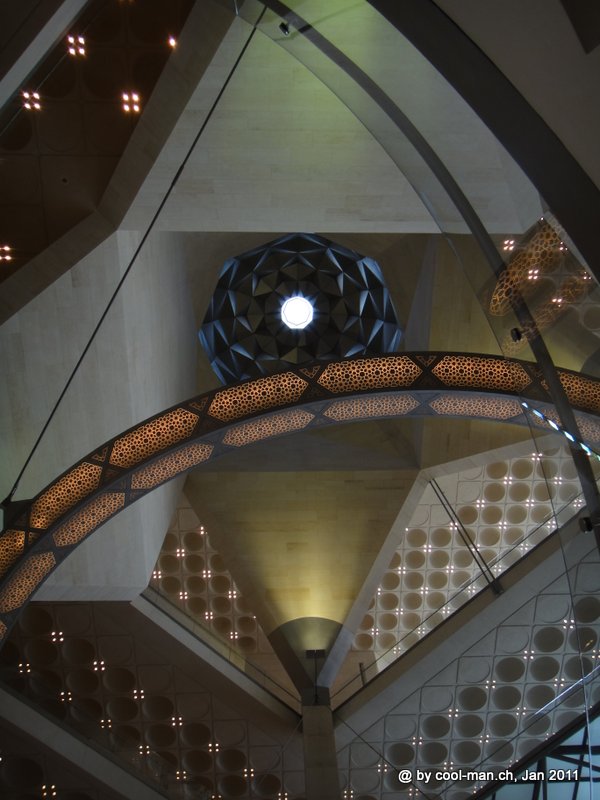 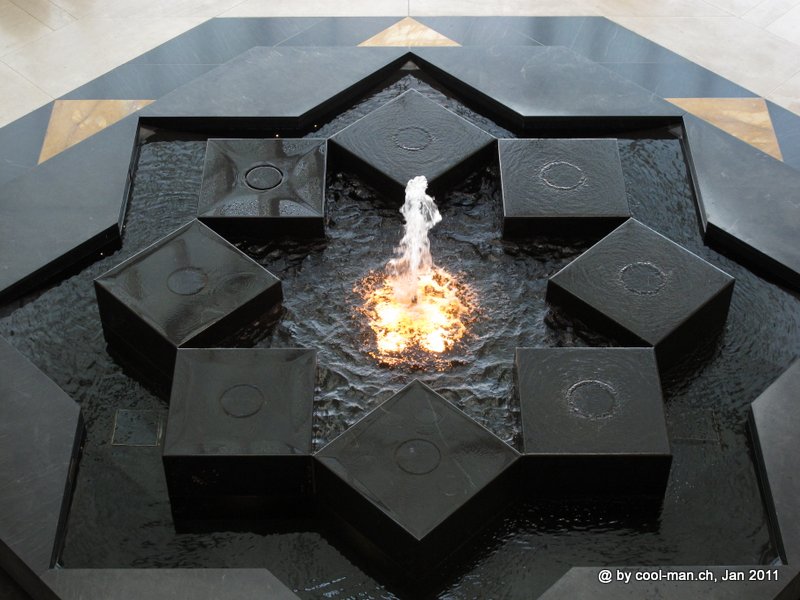 Some of the exhibits from the collection that the Emir has bought for a total of several billion USD in recent years. 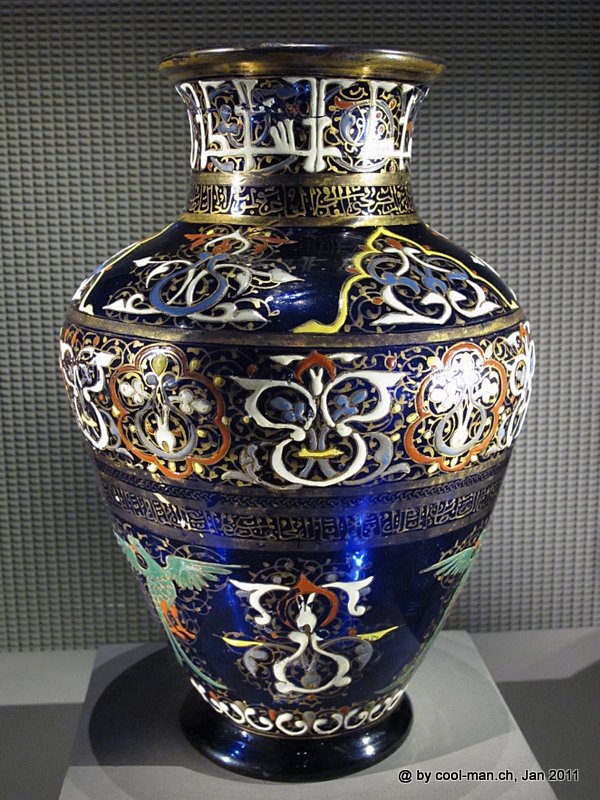 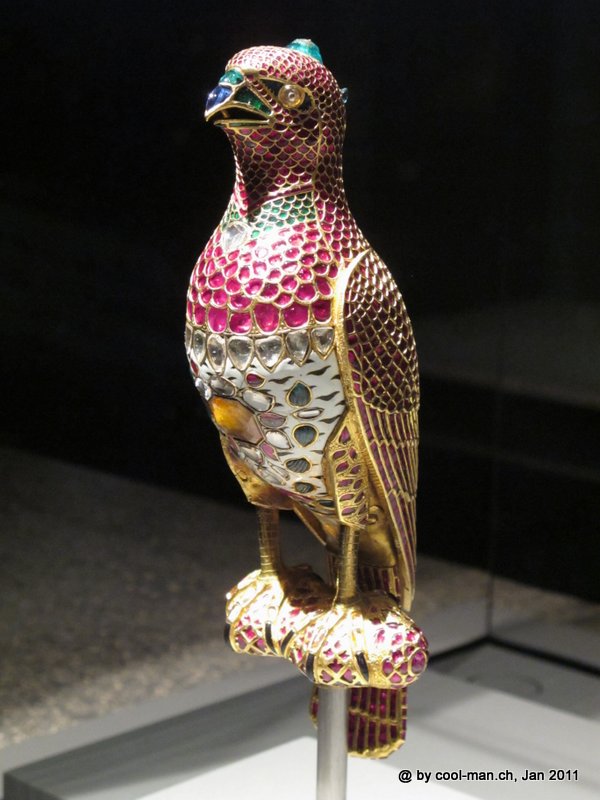 From the museum you can see the skyline of Doha on the opposite side of the bay. 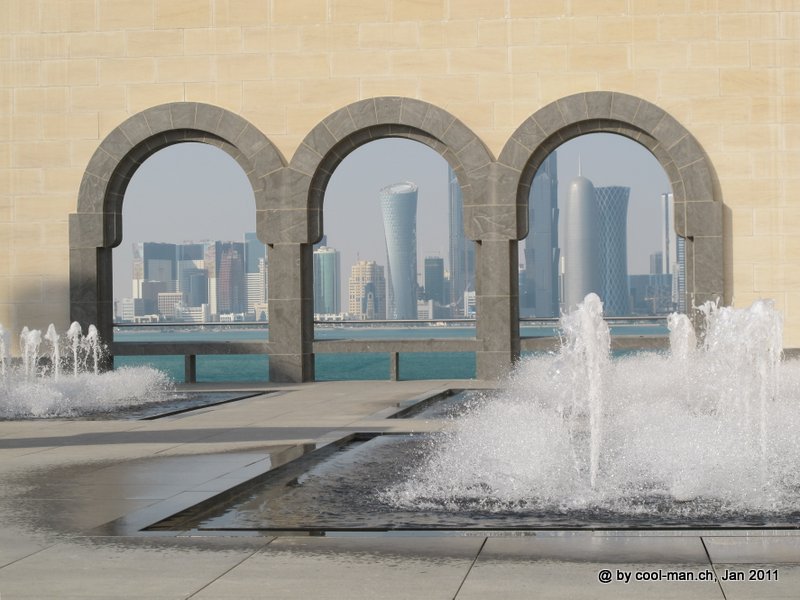 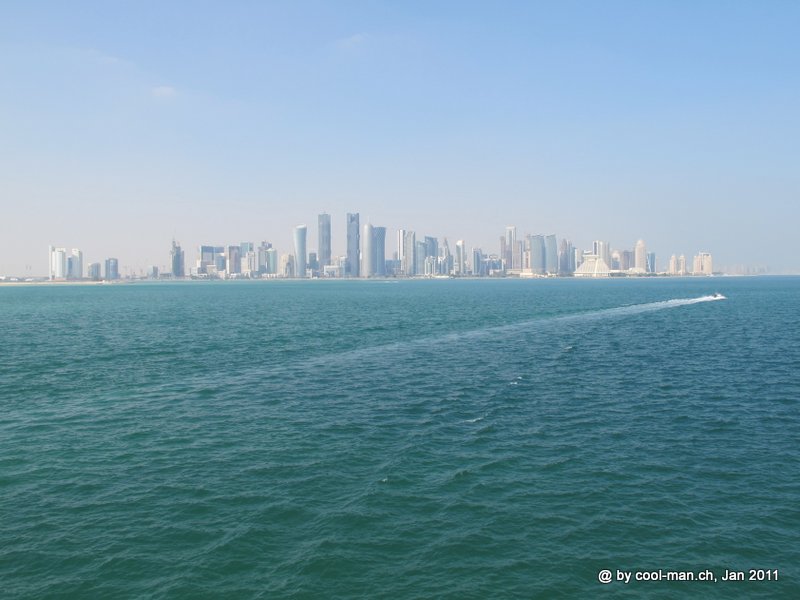 Another attraction is the Souq Waqif, a Moorish-style strolling area with many restaurants and shops. 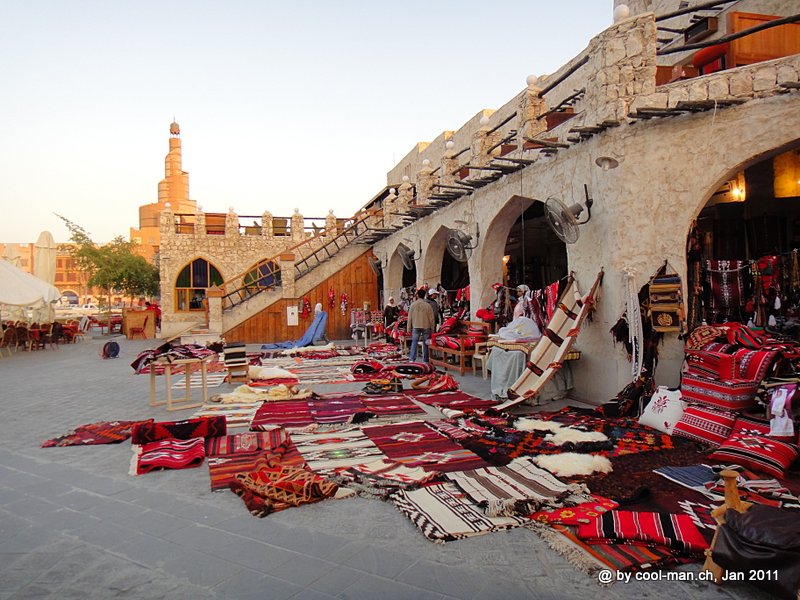 There is also a very good cultural center in Doha in a wonderful historic building that brings you closer to Islam.

Compared to Dubai, the Emir of Qatar seems to be more interested in art and culture. Moreover, he is more inclined towards Islam, because alcohol is less available in Doha than in Dubai.

Part of the skyline was still under construction. 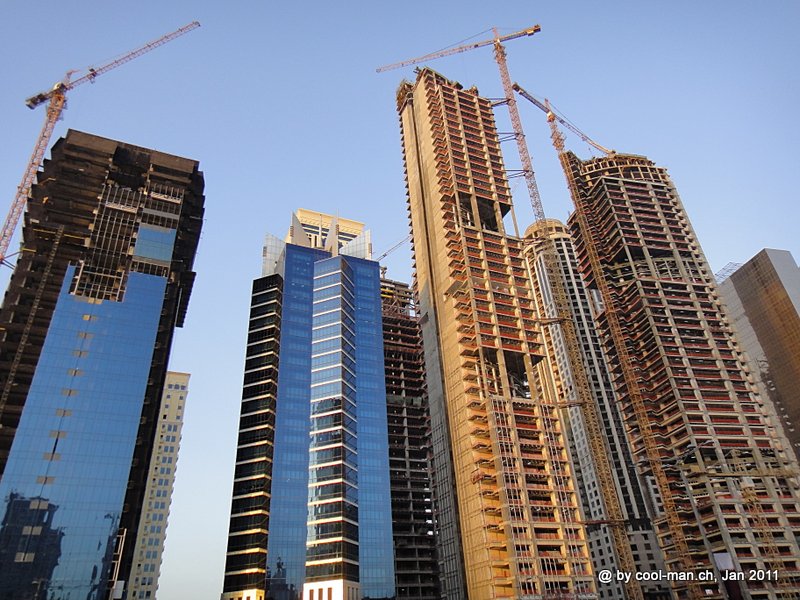 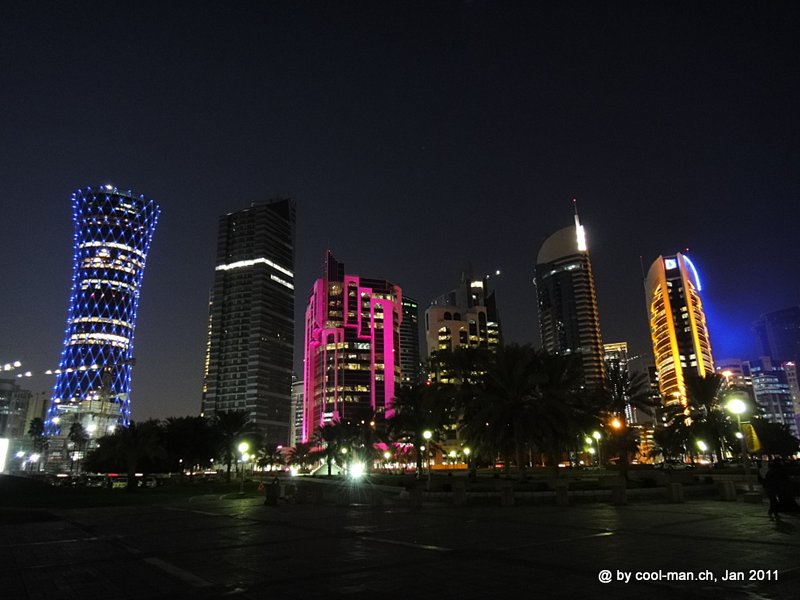 As everywhere in the Arab oil countries, one meets foreigners who work there at every turn. In Doha and Dubai I met people from India, Pakistan, Bangladesh, Iraq, Syria, Eritrea and Kenya. Locals work mainly in administration. Otherwise you meet them in the restaurants smoking a water pipe or strolling in the shopping centers, when they are not in their SUVs or sports cars or are engaged in horse or camel racing or falcon hunting.

After three days in Doha I traveled on to Dubai.