In the Surin National Park in Thailand this spring I met a woman who told me enthusiastically about her swimming experiences with the whales on Tonga. Her descriptions were so impressive that I added Tonga to my list of next destinations. In the summer back in Switzerland, my plan became concrete. I decided to visit Tonga shortly before the end of the whale season, at the end of September, so that I could spend most of the summer in Switzerland. This humpback whale population spends mid-July to mid-October in the shallow waters of Tonga to give birth to their young and prepare them for the long journey back to Antarctica, where the whales find food again. The whales also mate in Tonga. After a gestation period of 11 to 12 months, the females give birth to their young back in Tonga. The newborns are 3 to 5 meters long and already weigh 1.5 to 2 tons. Every day they drink 400 – 500 litres of milk and gain 45 kg daily. The adult humpback whales average 15 meters and weigh up to 40 tons. With a length of more than 4.5 meters, their pectoral fins are the largest of all whales and the songs of the males are the longest and most complex in the animal kingdom.

After a 27-hour flight I reached the main island of Tonga called Tongatapu. The next day I flew straight on to the archipelago of Ha’apai, 160 km away, where I wanted to swim with the whales. From five day trips I could only once observe a whale mother with her calf over a longer period of time. This was an impressive experience, as the photos show.

The mother was mostly in a vertical position, while the calf watched our group curiously while coming up for breath. It would have been easy for these whales to dive into the depths, as was often the case on other days. This mother deliberately allowed us four swimmers with our leader Jess to watch her and her young. 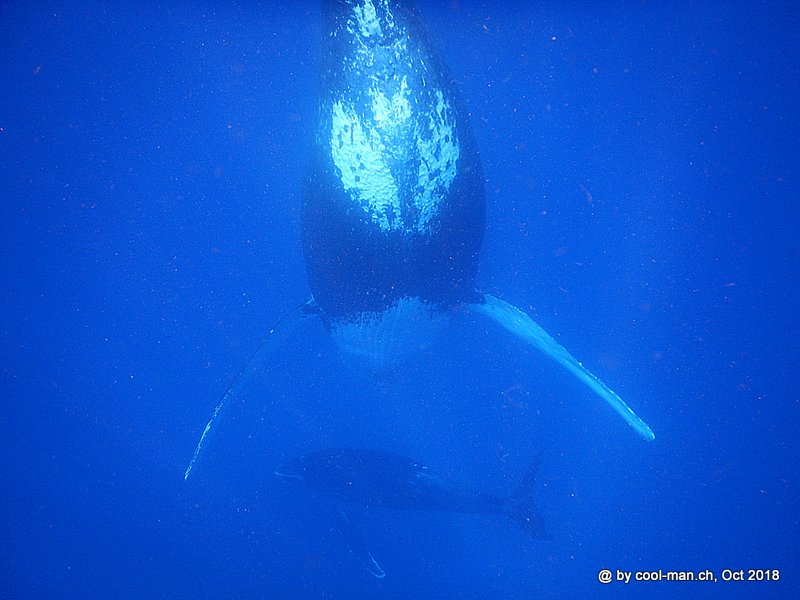 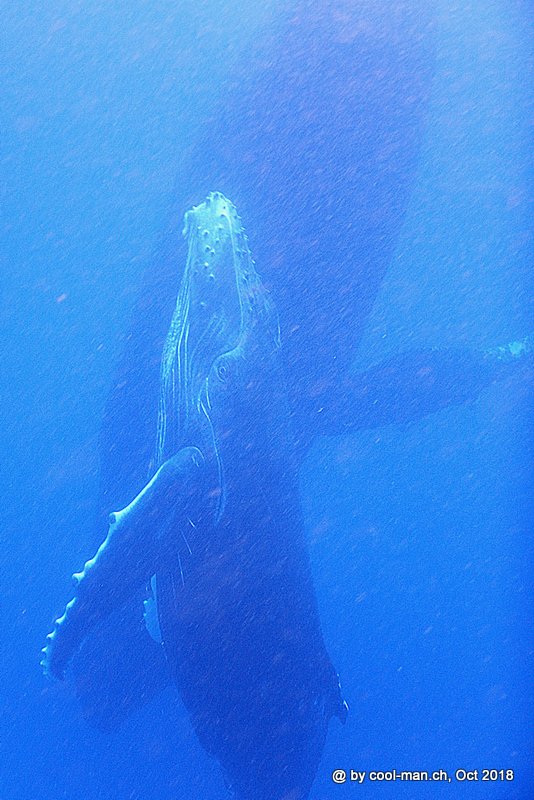 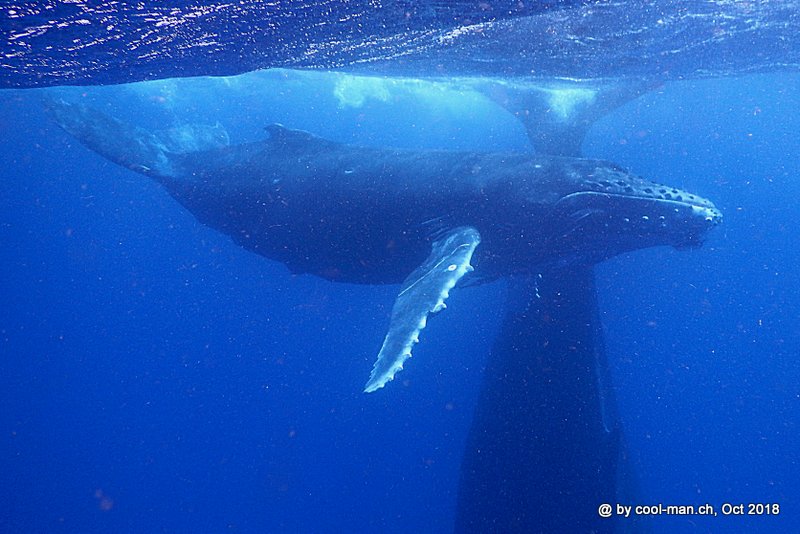 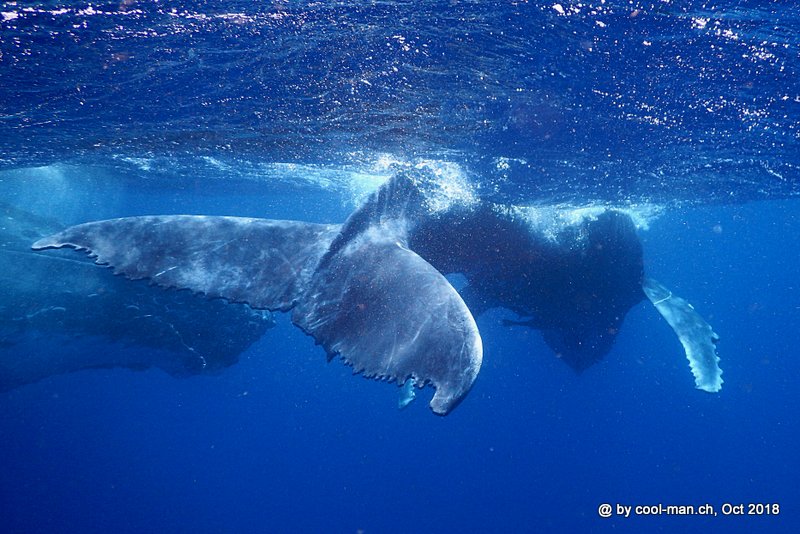 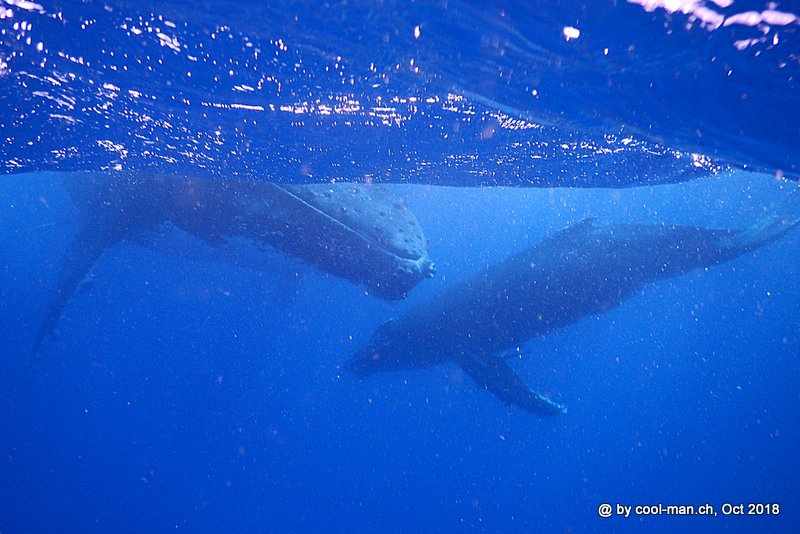 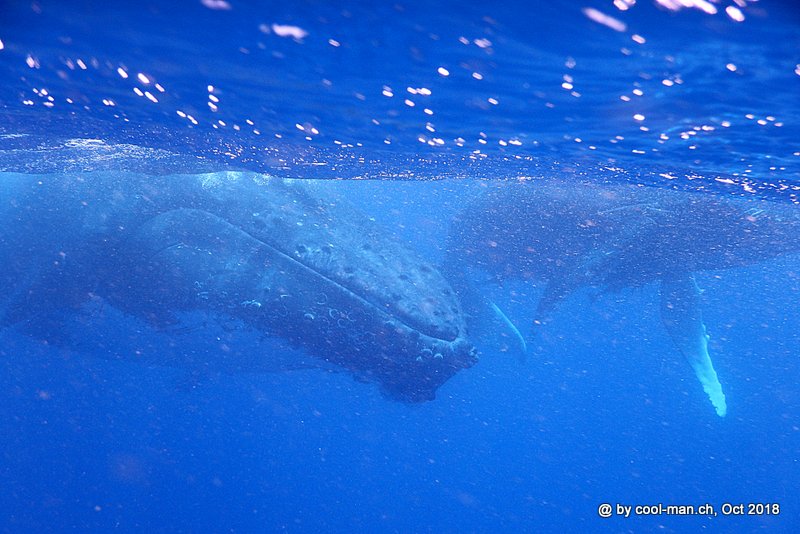 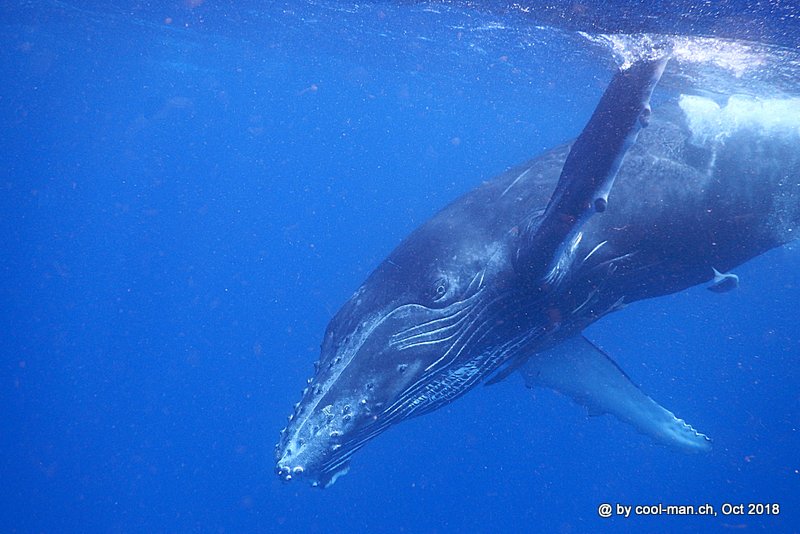 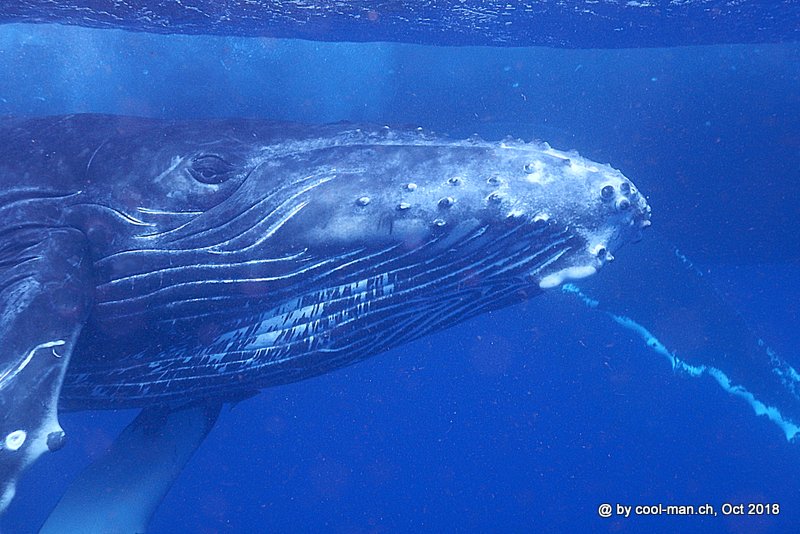 The second group swims to a whale 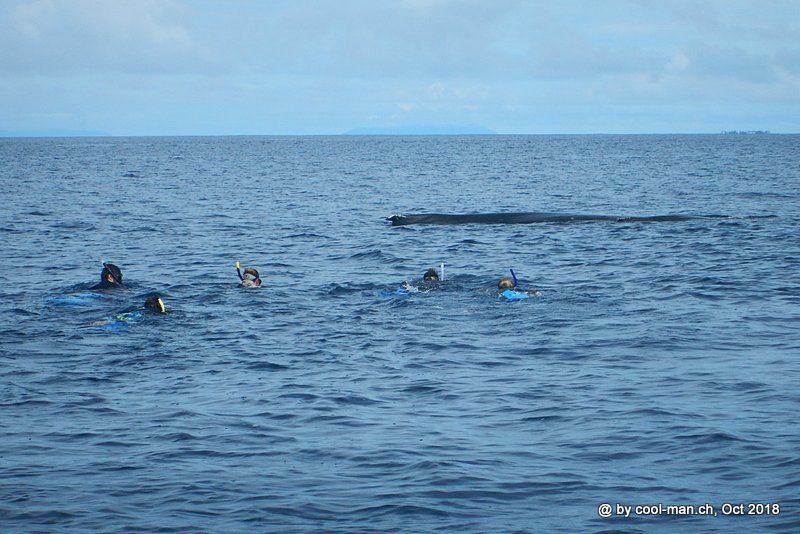 I also saw several whales jumping out of the water nearby (so called breaching). By the time I had the camera ready, the spectacle was already over. Once we had an underwater microphone with us on the boat so we could listen to the whales singing.

In conversation with various whale guides I found out that mid-August to mid-September is the best time to experience a longer snorkeling encounter with the whales. At this time the calves are already bigger and more confident and the mothers more relaxed than in July shortly after the birth. Even at the beginning of October people still had great whale interactions. One guide said that the time around full moon was less good for whale interactions. And further out in the sea the visibility is better than in the shallower water between the islands. It is therefore advantageous to encounter the whales further out.

It turned out that I was with a below average whale tour company. Other people had better and more frequent encounters with the whales.

Even if I experienced a longer whale interaction only once despite five very expensive whale tours, I am still very satisfied with this one time. So the trip to Tonga was worth it.

Afterwards I traveled around Tonga for another six weeks.