I visited the Boragó Restaurant in Santiago de Chile twice. The first time in January 2016 I was thrilled, the second time in December 2017 unfortunately no longer.

A highlight of my stay in Santiago was surely the visit of Chile’s best restaurant, the BORAGó (No. 2 in South America, last year still No. 8, as of January 2016). I found the BORAGó clearly better than the Central in Lima, the official number 1, and the BORAGó was simply more creative. In my opinion, the highlight was a tube of dried petals from the sea of flowers that appeared in the Atacama desert in October 2015. This rare phenomenon resulted from the pronounced El Nino weather situation, which led to rain in the desert. The tube was filled with essences of these flowers. Simply ingenious! On the one hand you have to come up with the idea and on the other hand you have to implement it, because logistically it was not easy, since Santiago is 1’500 km away from the Atacama Desert. Passion overcomes all hurdles. In addition, the restaurant concentrated its wine selection exclusively on Chile’s best wines, which are otherwise inaccessible to ordinary mortals.

The pictures of this visit do not show all courses. 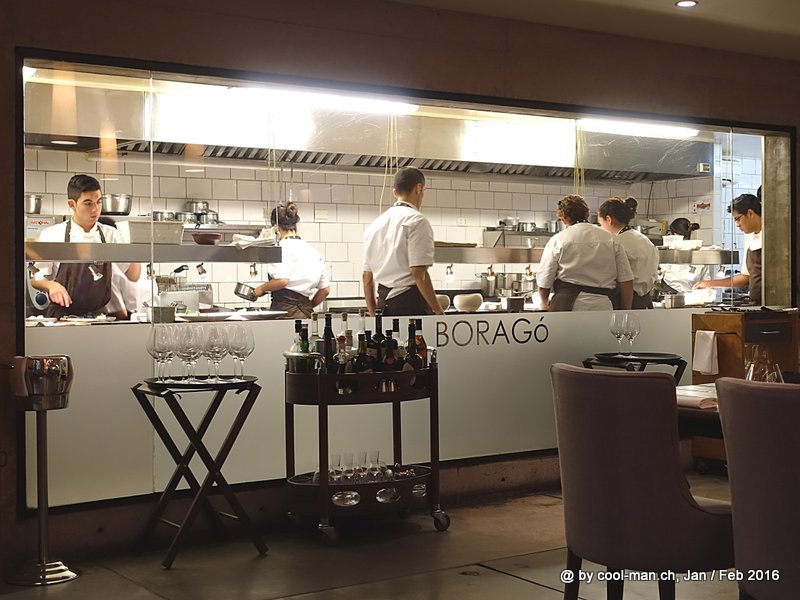 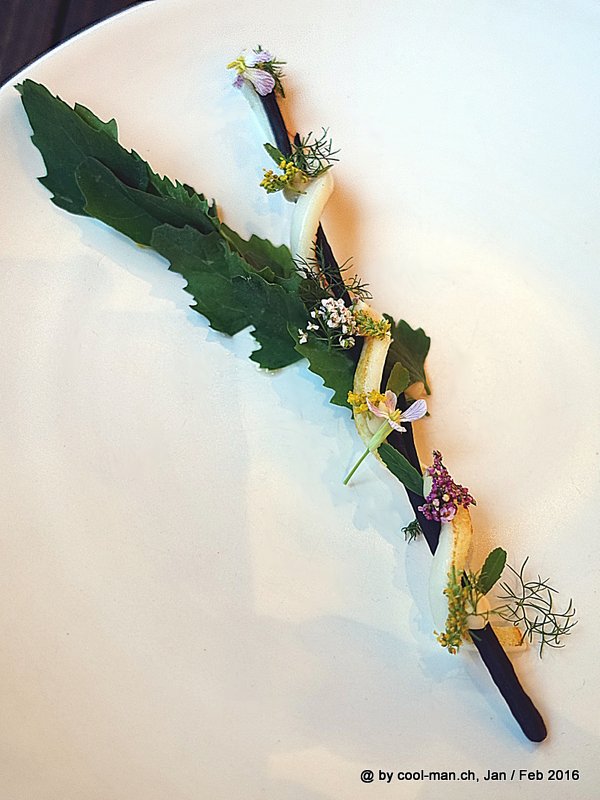 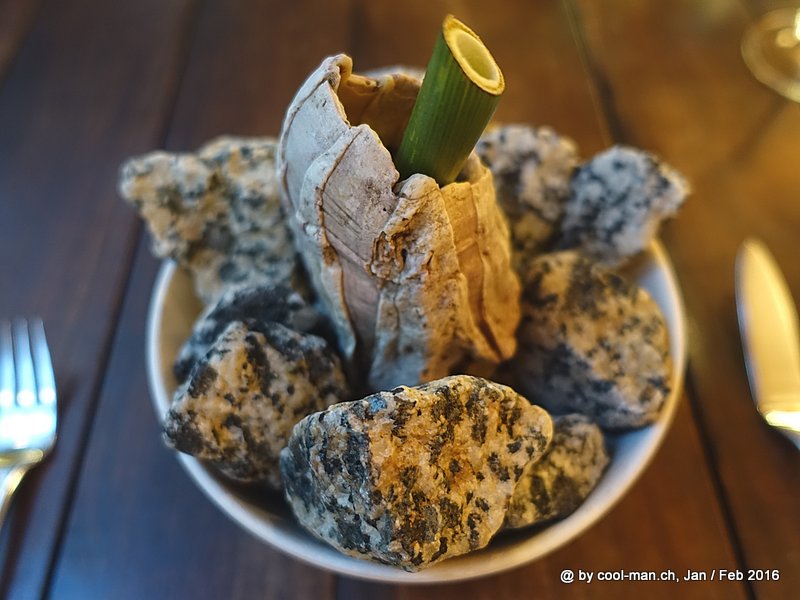 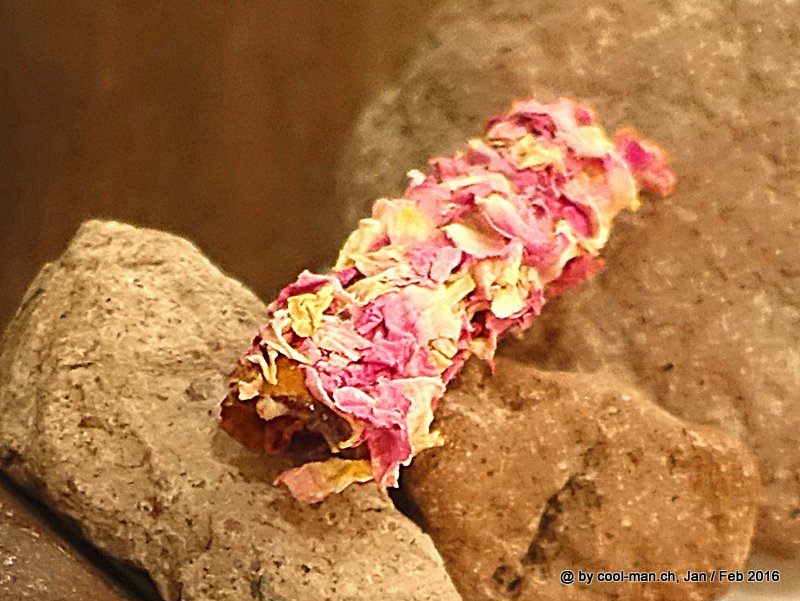 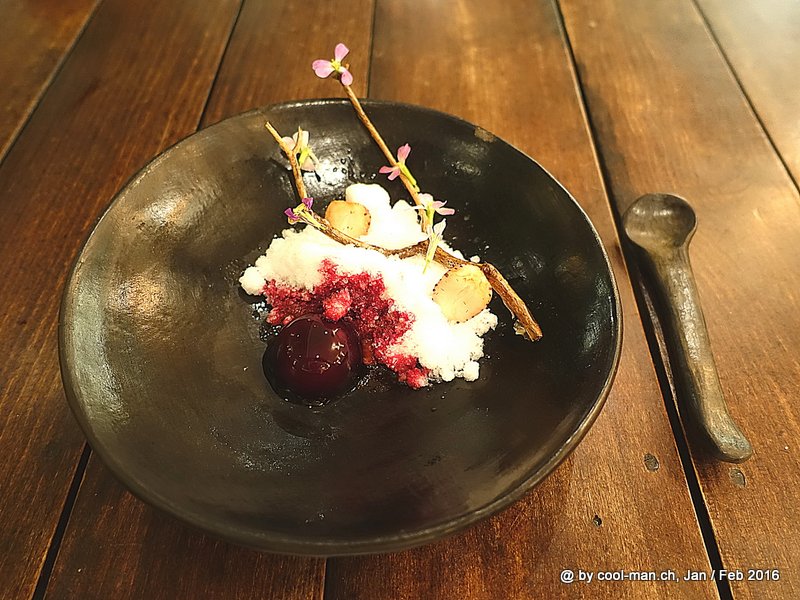 An important appointment in Santiago de Chile was the visit to one of the best restaurants in South America according to the Pellegrino classification: The Boragó as No. 5 in 2017. I was impressed on my last visit in 2016 by the creativity of this kitchen team and the wines served with it. They were the best Chileans wines, available only through relationships. All the more reason for me to look forward to this visit. But this time it was a disappointment. The Boragó wants to improve further and has taken the better classified restaurant Central in Lima, Peru as a model. I’ve been to Central twice and I wasn’t thrilled. Like in Central, endemic food is now part of the menu and everything is presented on stones. The wines are no longer the best of Chile, but special varieties of which I would not buy a single one. Some dishes were still an experience, but the inappropriate wines and the obvious attempt to copy the Central in Lima disappointed me. I’m not coming back. 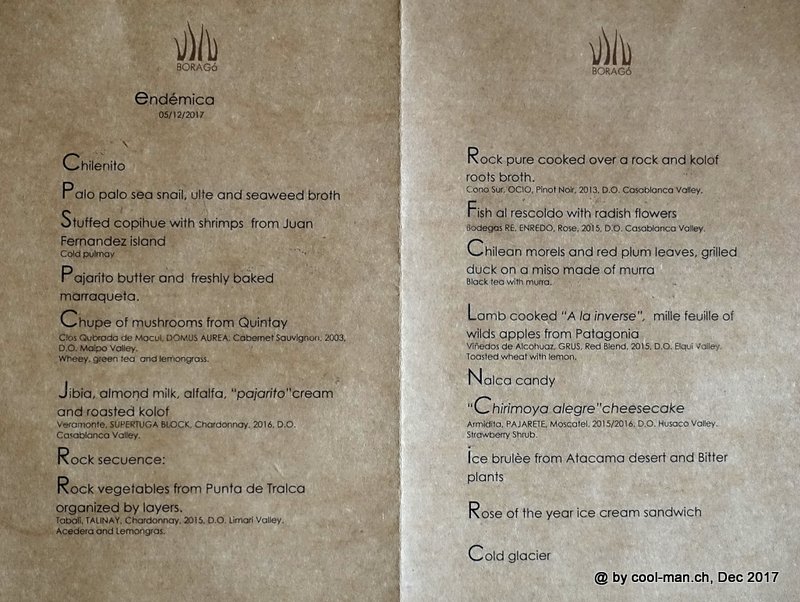 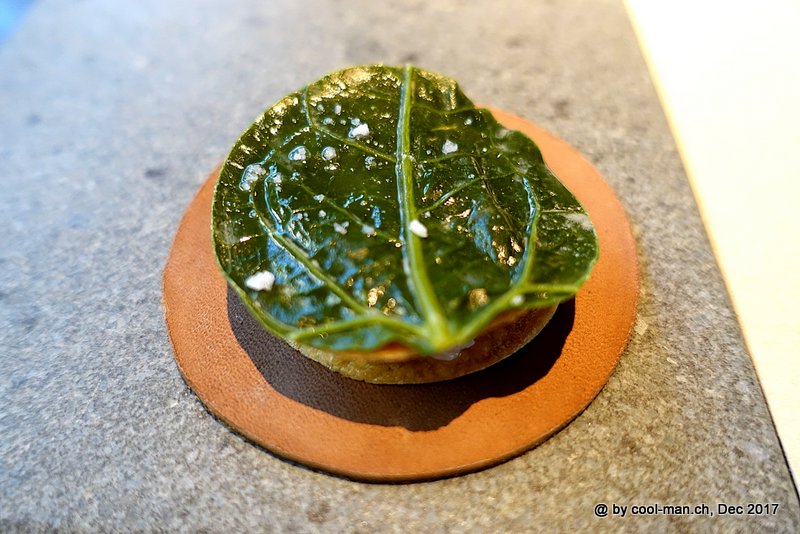 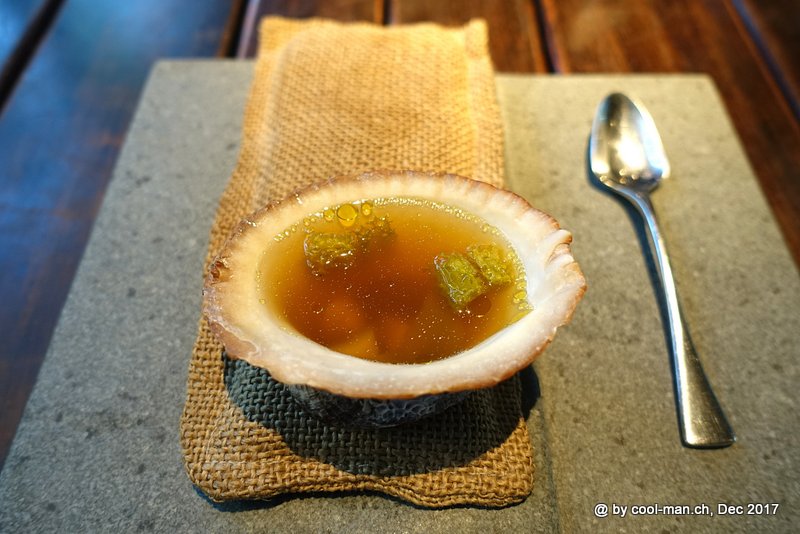 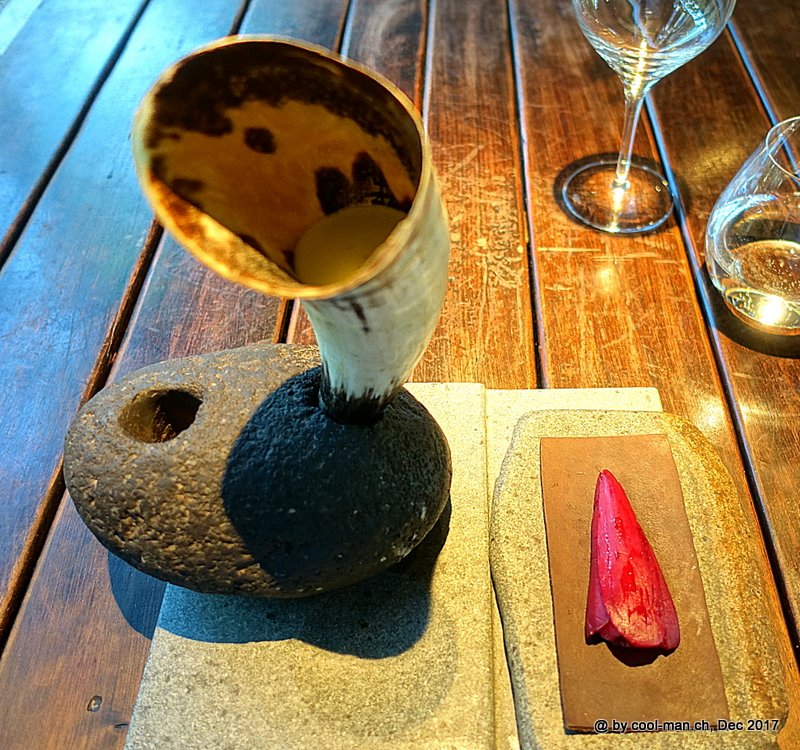 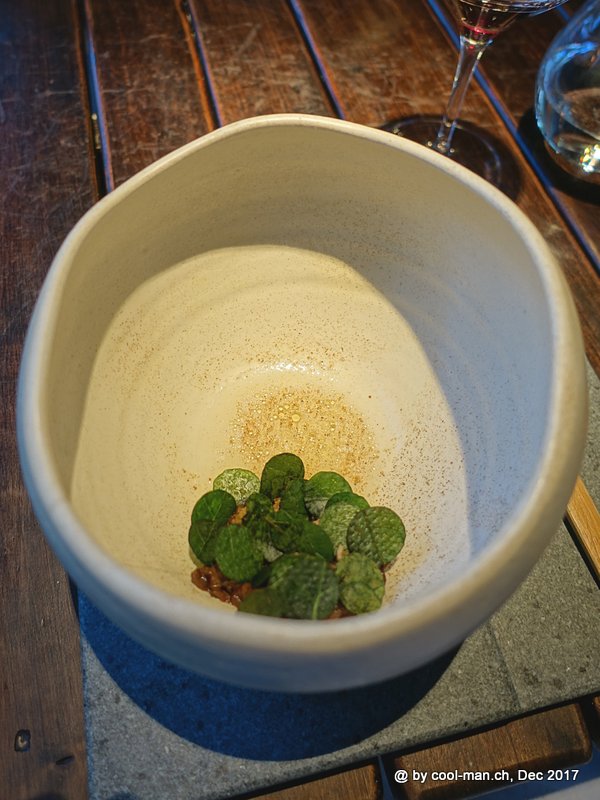 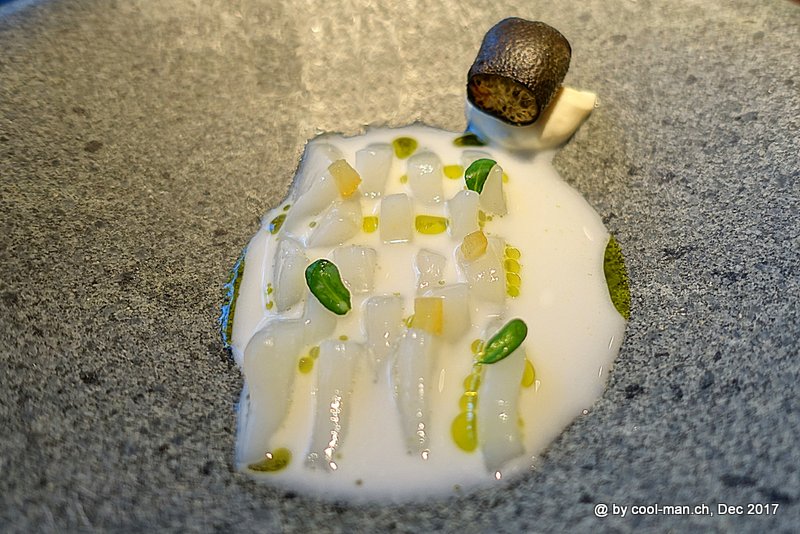 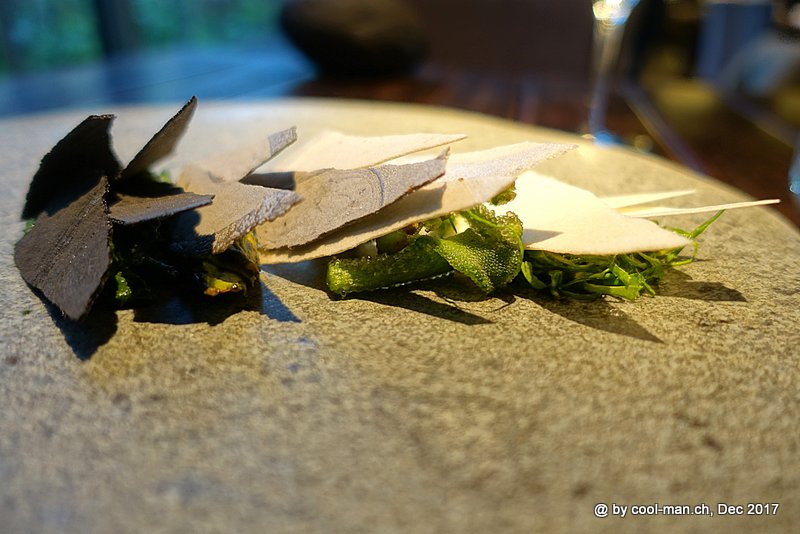 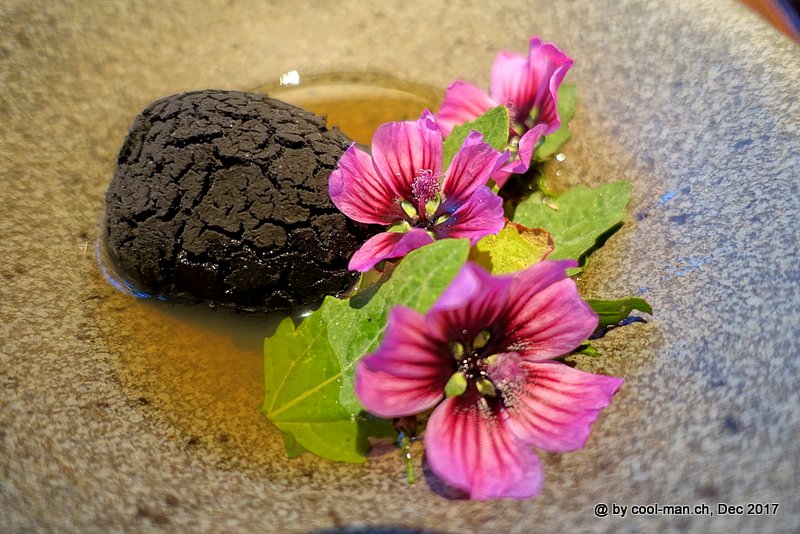 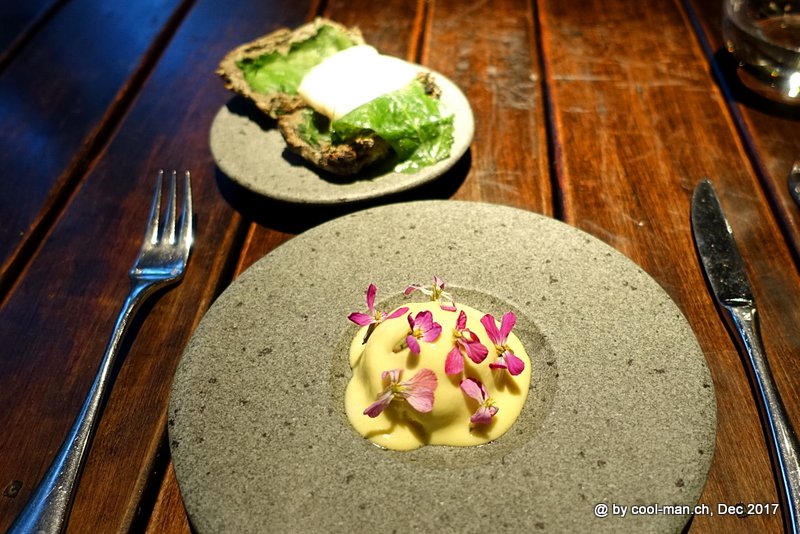 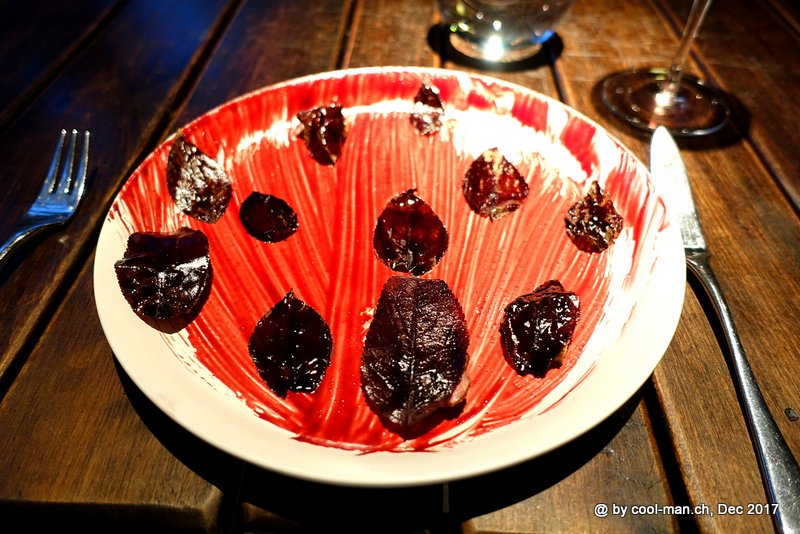 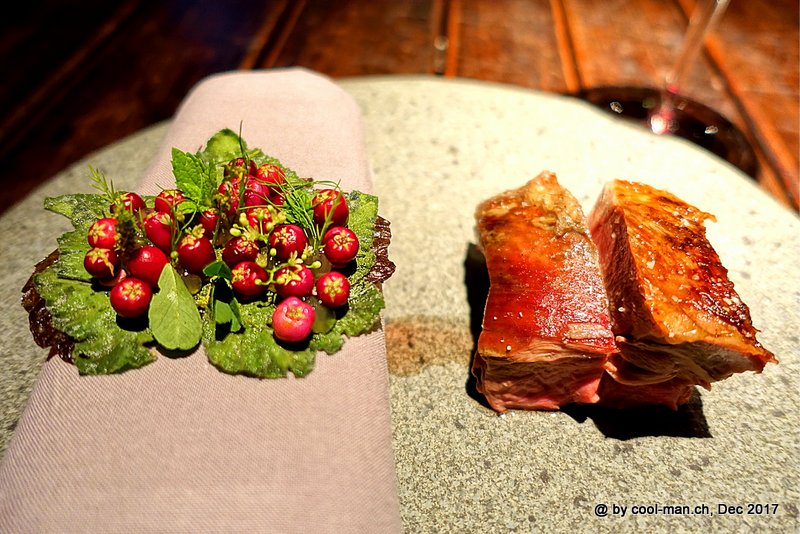 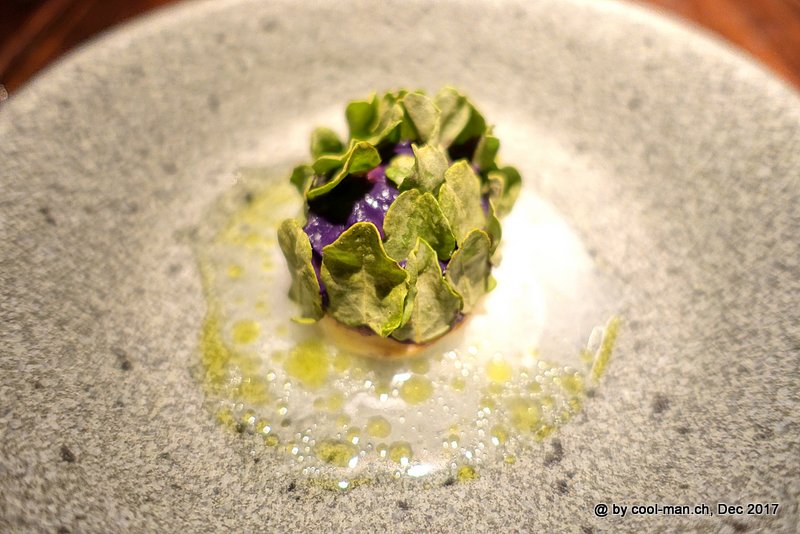 Also this time the petals from the Atcama desert were a must. 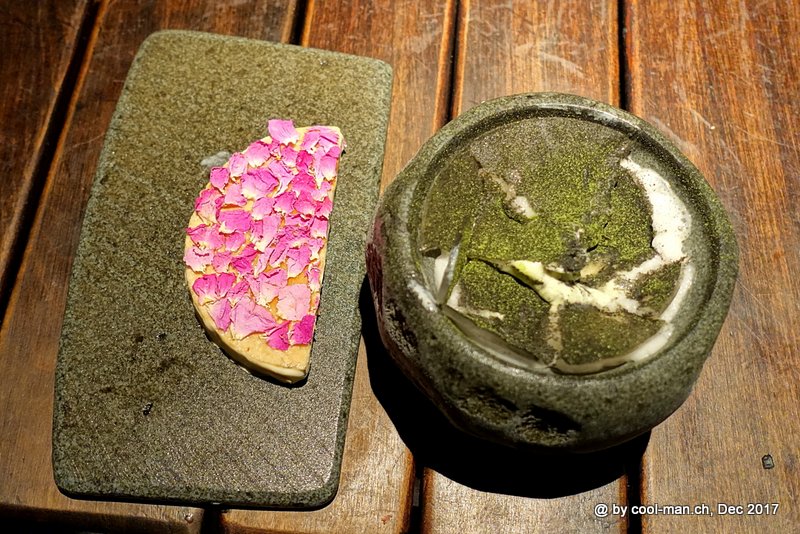 Finally, a kind of Luxemburgerli was served ice-cold from liquid nitrogen. Since I had to put it in my mouth immediately, there is no picture of it.