Coming from Nepal, my two-month journey took me through the whole of India from the northern border to the south. Because of the many photos I split the India travel report into three parts:

I wrote this website in 2020 as I did not write any travel reports in 2008. Therefore this travelogue consists mainly of texts from the year 2020.

India is a fascinating, huge country. It is a world of its own, like it does not exist anywhere else. The poverty, the garbage and the noise are omnipresent and you always have to be on guard against cheaters. That is why you cannot relax during a trip to India. Nevertheless India is a must for every traveler.

First I visited Varanasi. Varanasi has been a cultural center of northern India for thousands of years and is closely connected to the Ganges River. Hindus believe that by dying in Varanasi and being cremated on the banks of the holy Ganges, one can break the cycle of rebirth and attain salvation, making the city an important center of pilgrimage. Here I also met my travel buddy. 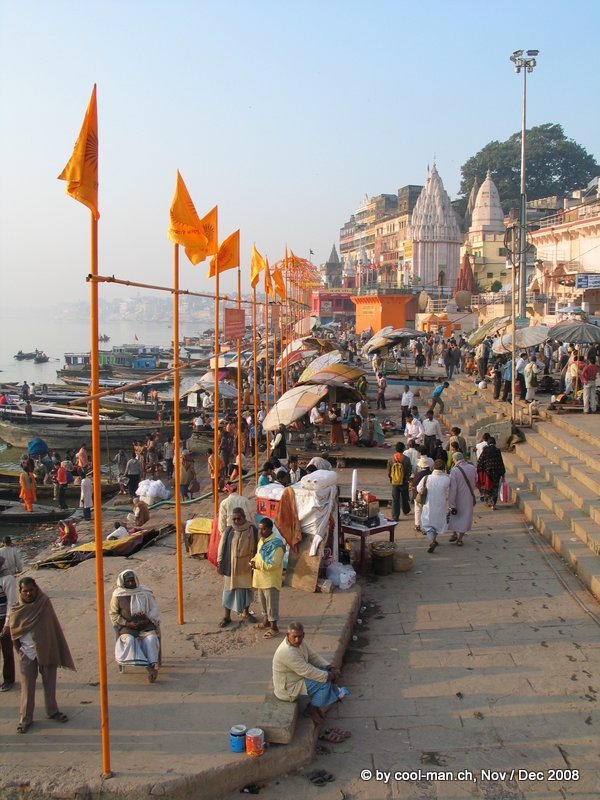 Bathing in the holy river Ganges 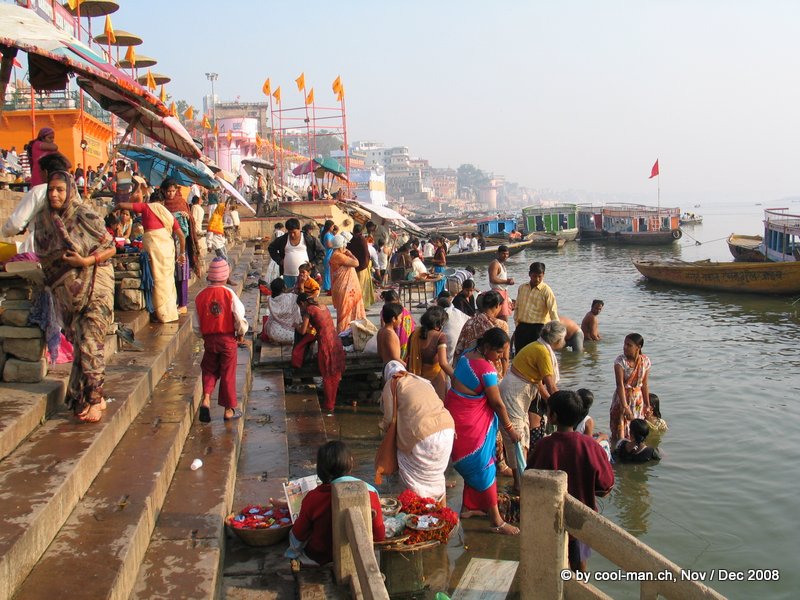 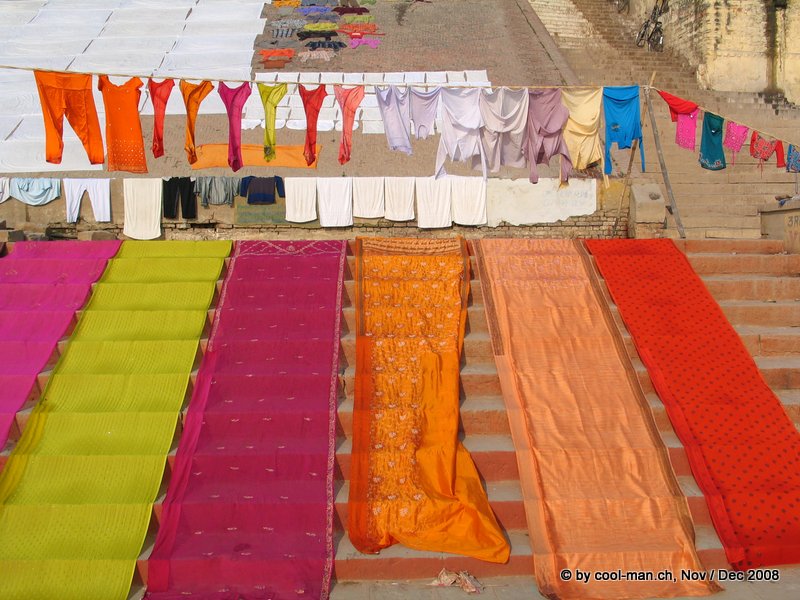 A boat trip on the Ganges early in the morning in the light of the rising sun is a magical experience. 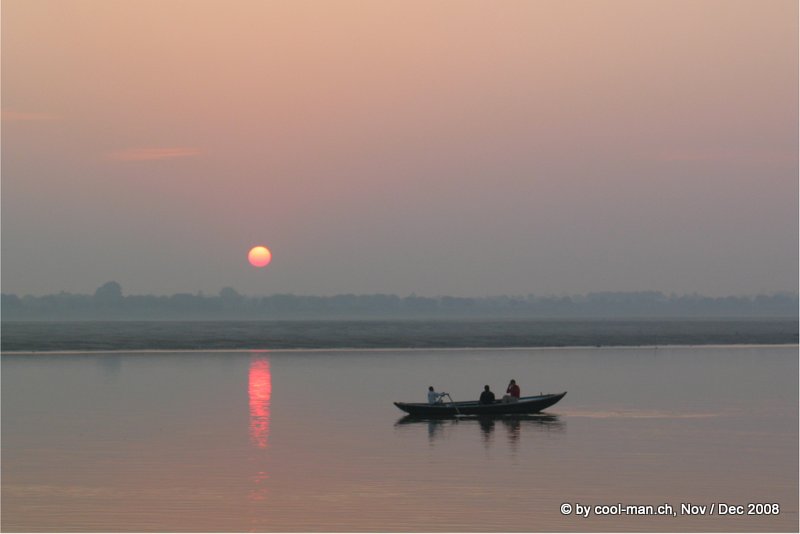 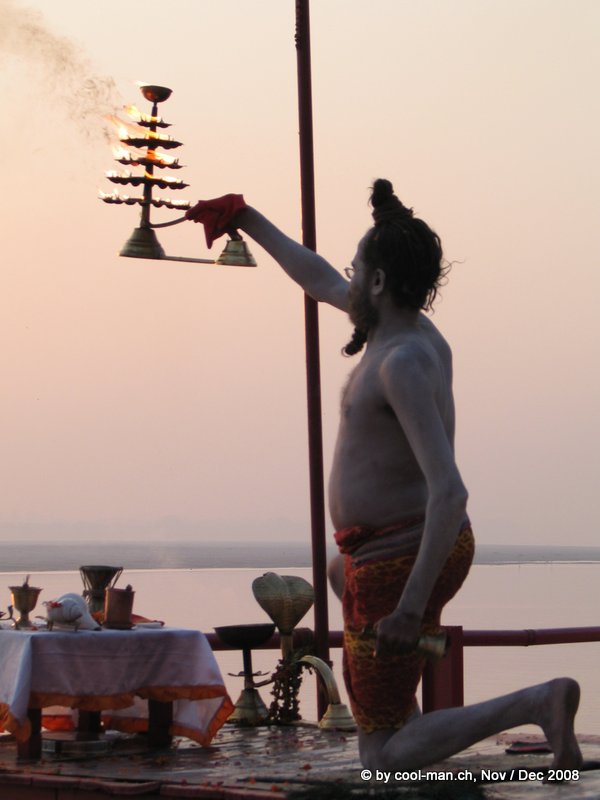 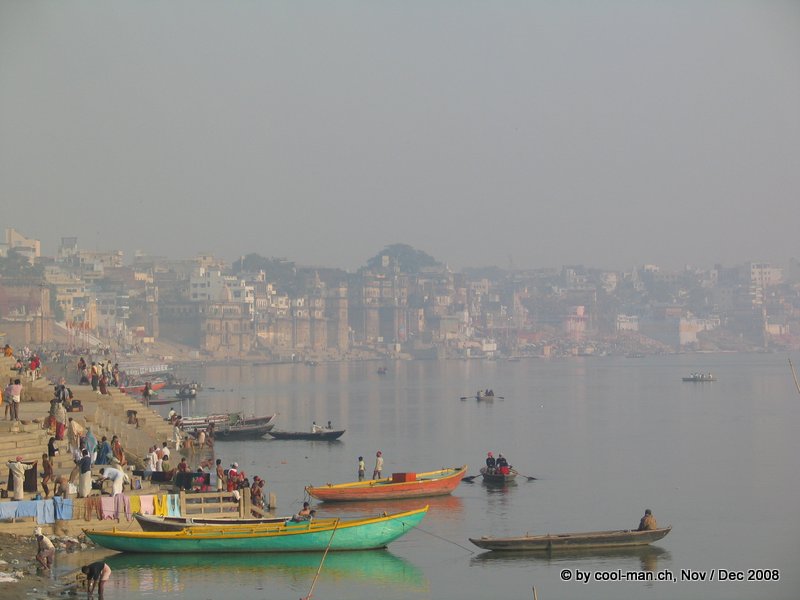 A wedding party was staying in my hotel in Varanasi, so I was invited to the wedding.

At the beginning of the wedding, the groom’s family walked the streets accompanied by musicians. 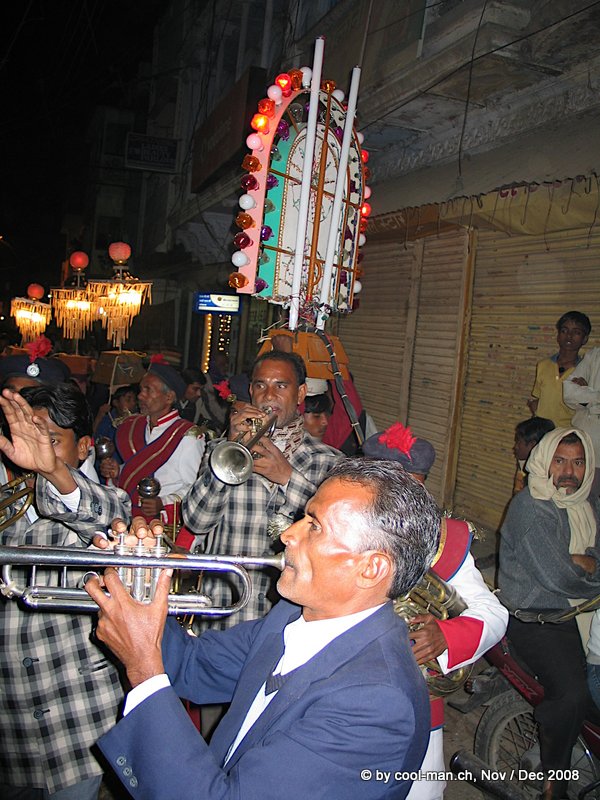 The bridegroom and his bride 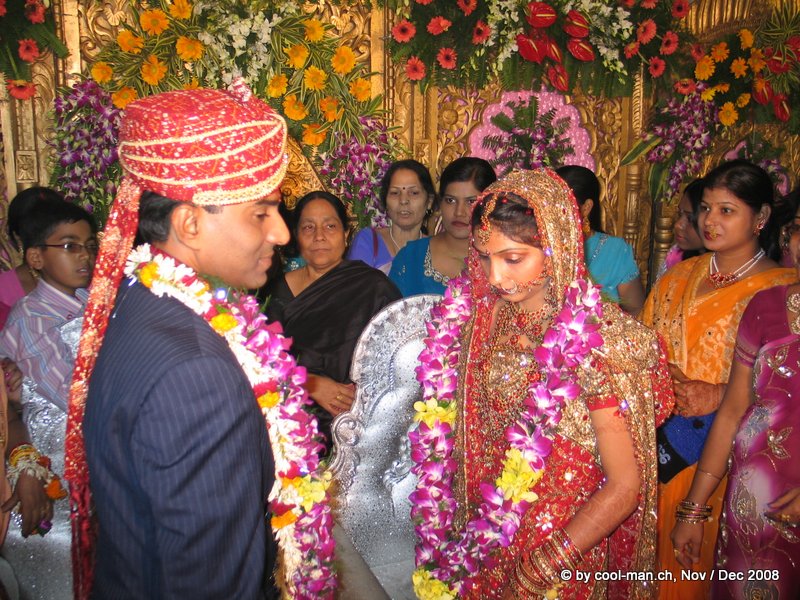 The female guests are proud of the bride. 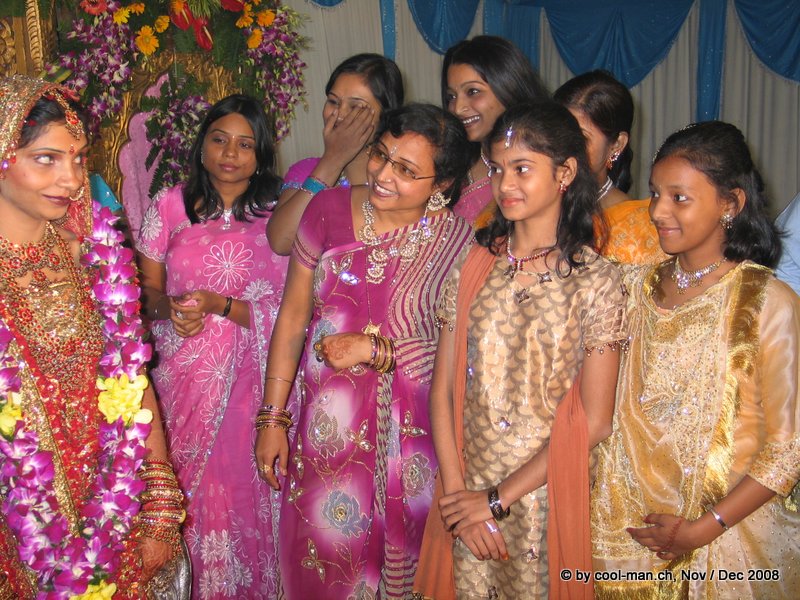 I also received a flower decoration. 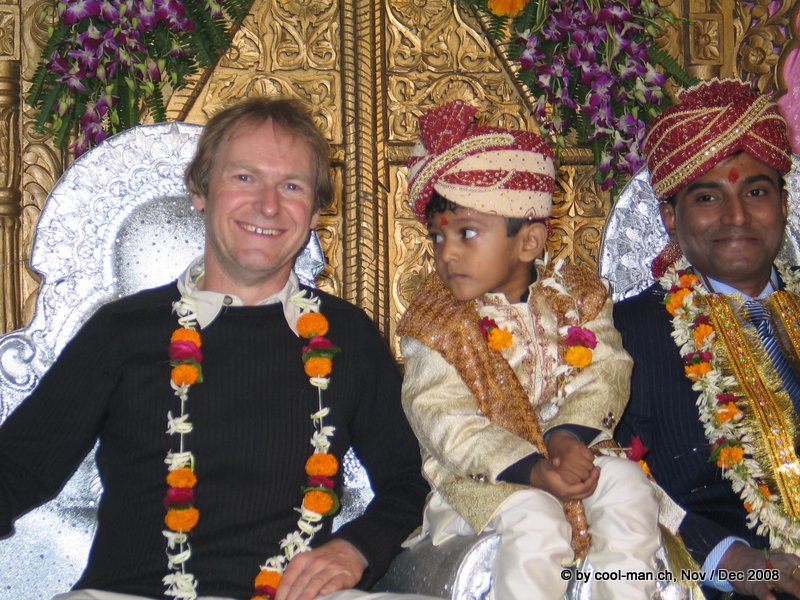 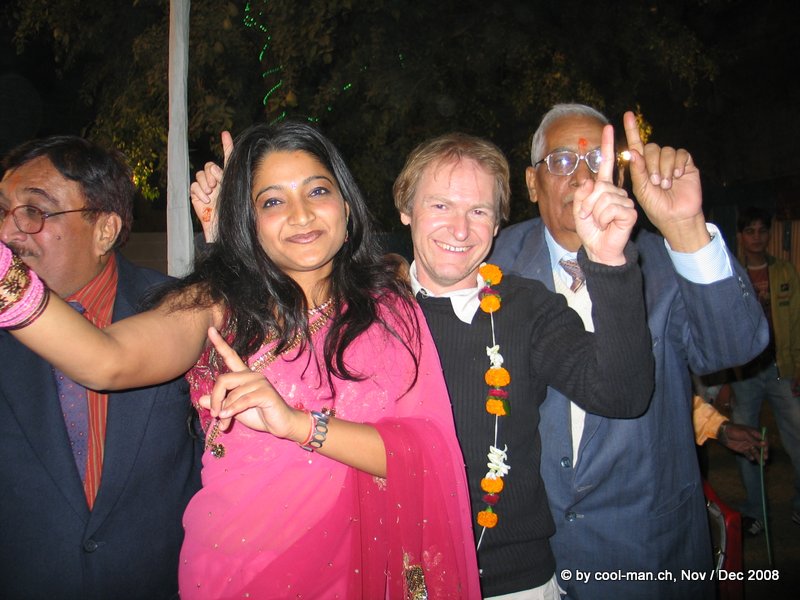 India Gate commemorates the 70,000 soldiers of the British Indian Army who died in the First World War, fighting in France, Flanders, Mesopotamia, Persia, East Africa, Gallipoli (Turkey) and elsewhere in the Middle and Far East and in the Third Anglo-Afghan War between 1914 and 1921. 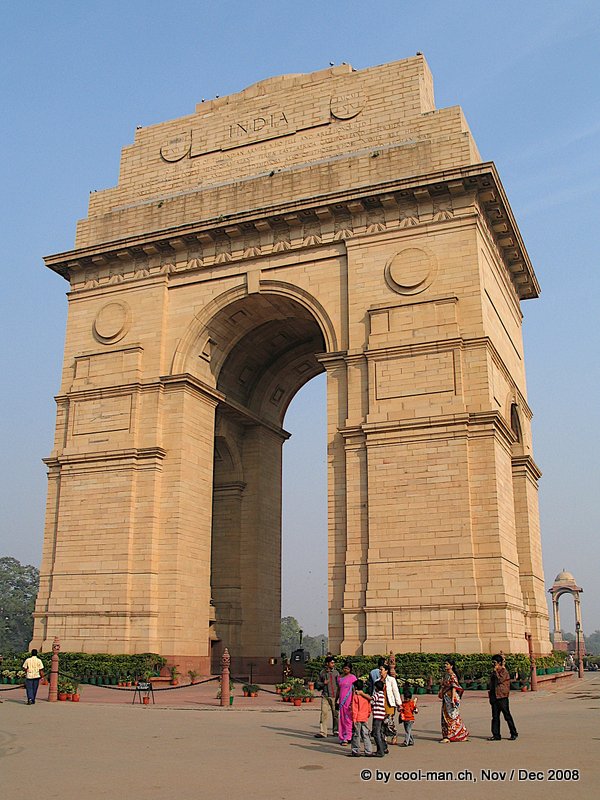 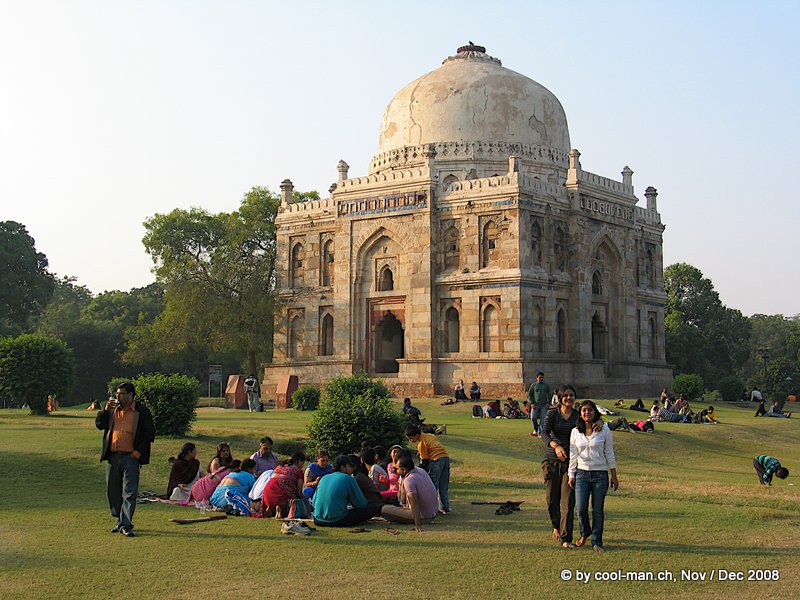 At the Indo-Pakistani border in Wagah, Indian and Pakistani soldiers, each on their side of the state border, pull down the flags in an impressive ceremony. In the picture you can see the Indian soldiers. 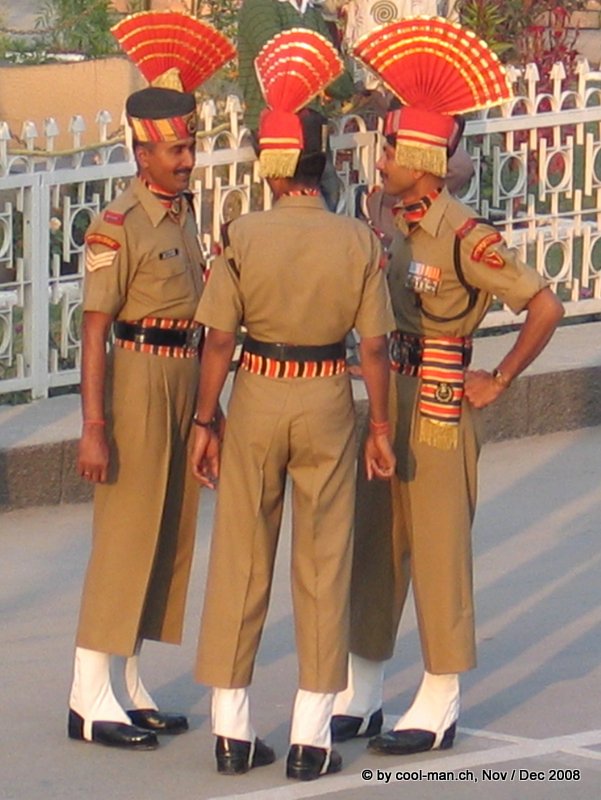 Amritsar is the holiest city in Sikhism and is therefore visited by millions of pilgrims every year. The holiest of all Sikh shrines is the Golden Temple of Harmandir Sahib, which was built from 1581 on.

I remember the Sikhs as honest and generous people not met anywhere else in India.

The Golden Temple by day 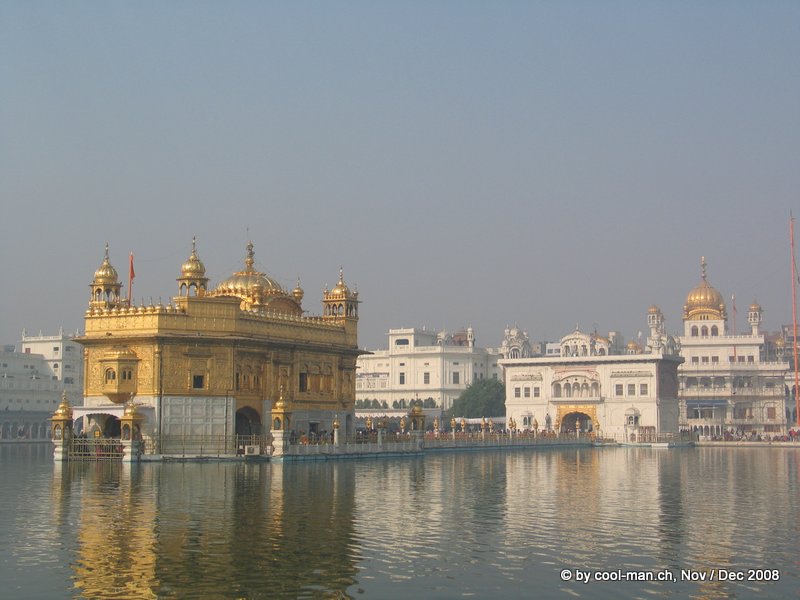 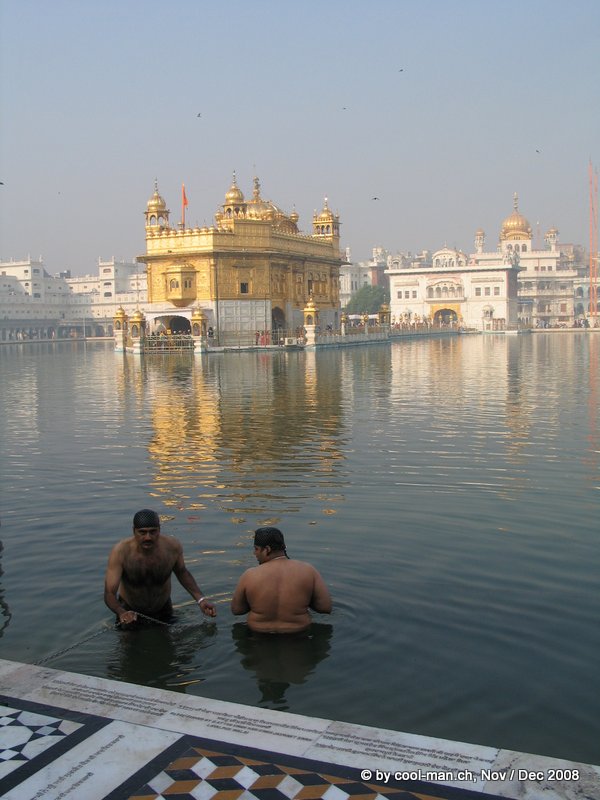 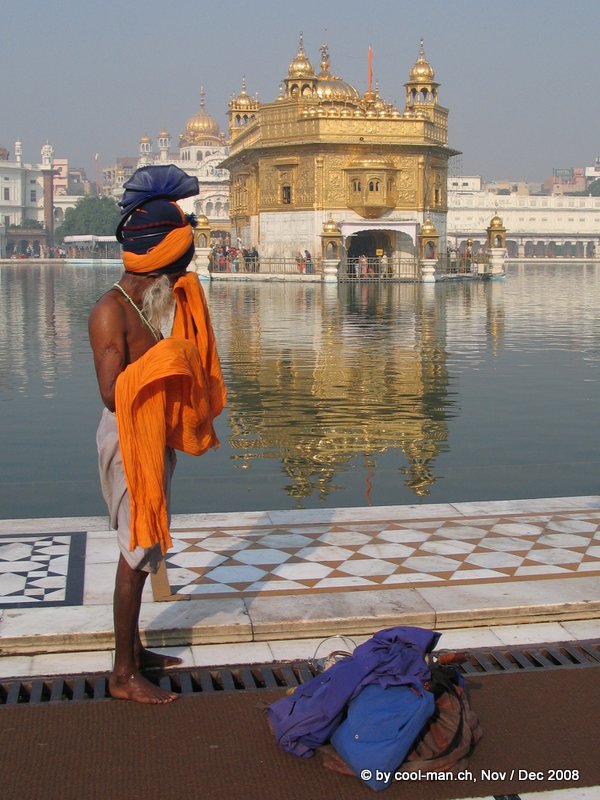 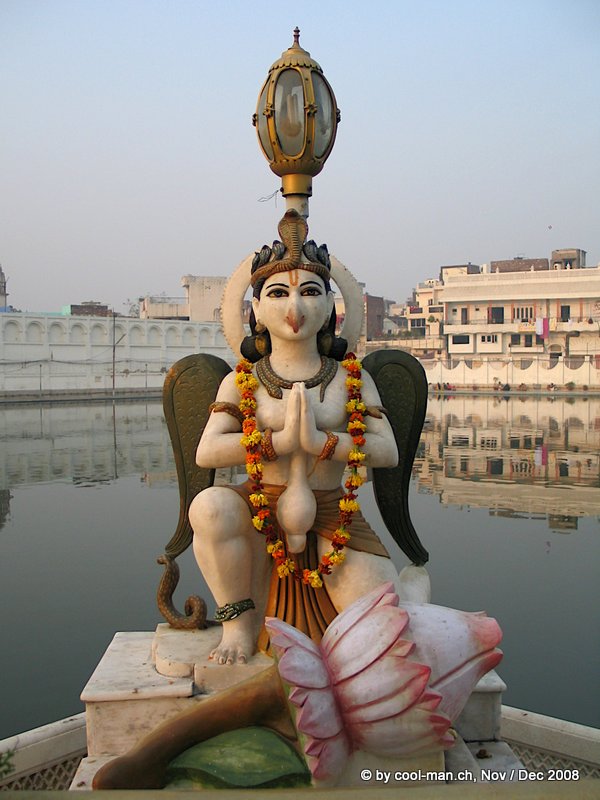 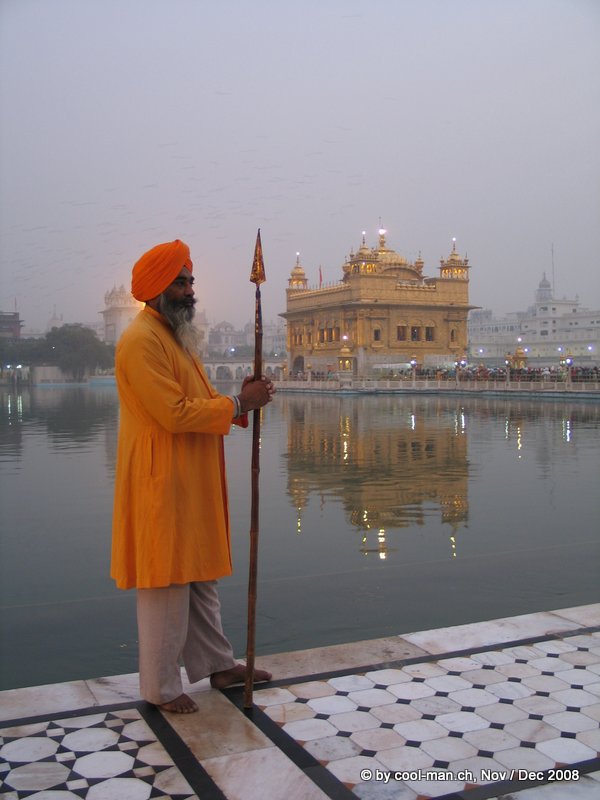 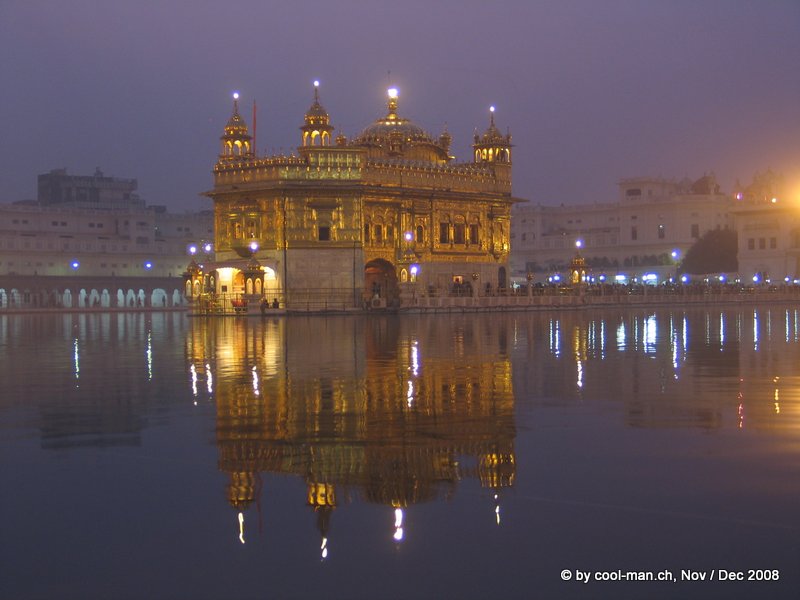 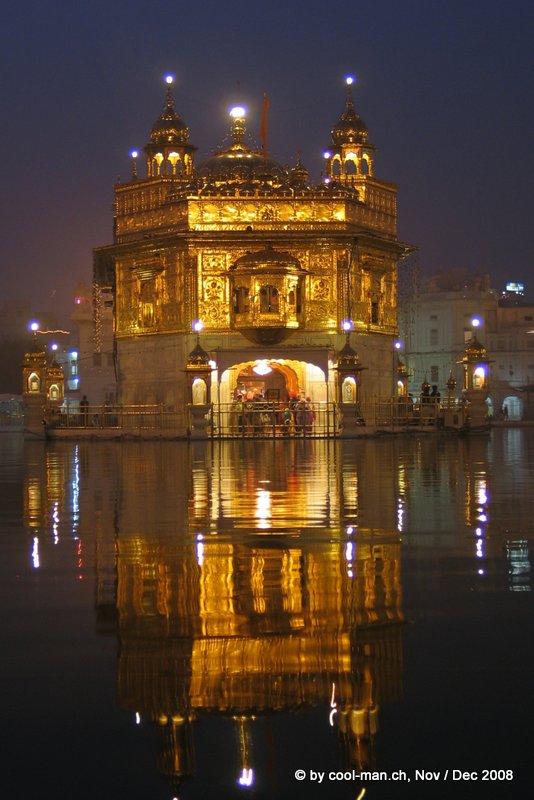 This wonderful complex, which has been declared a World Heritage Site by UNESCO, houses the mausoleum of Mumtaz Mahal, the favorite wife of the Mughal Emperor Shah Jahan. His resting place can also be found in the Taj Mahal. The complex of buildings was constructed between 1628 and 1658.

We were among the first visitors early in the morning. 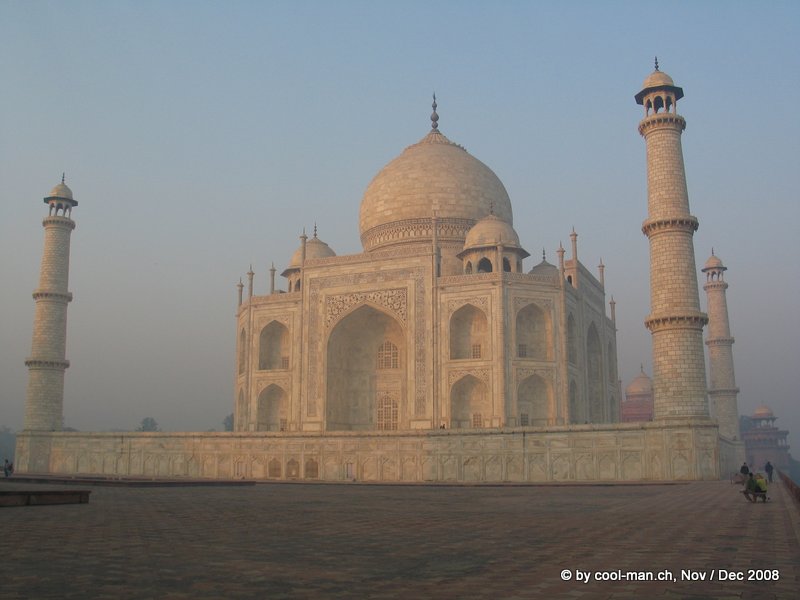 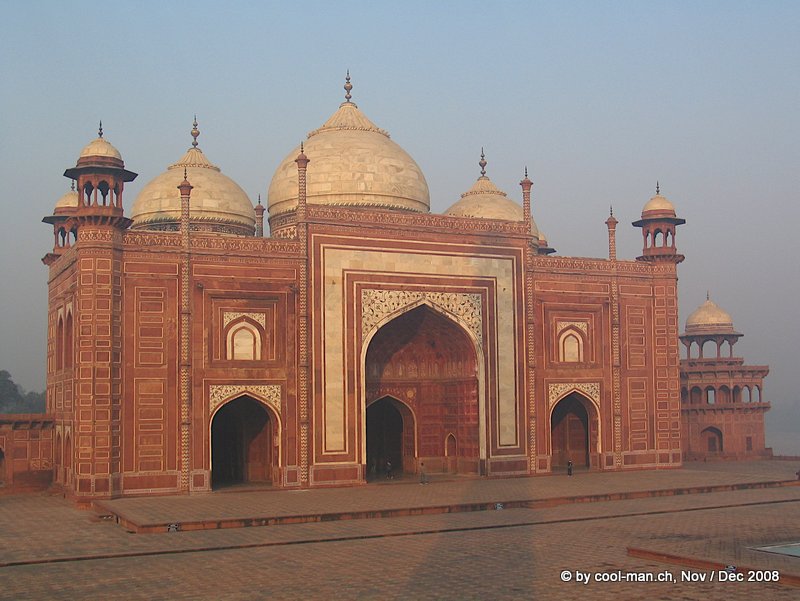 Not only the whole building is impressive, but also the many details. 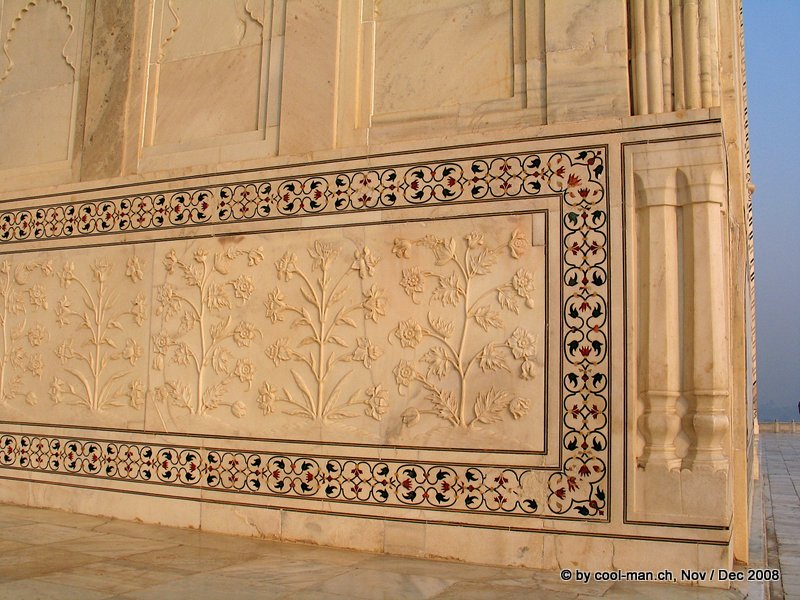 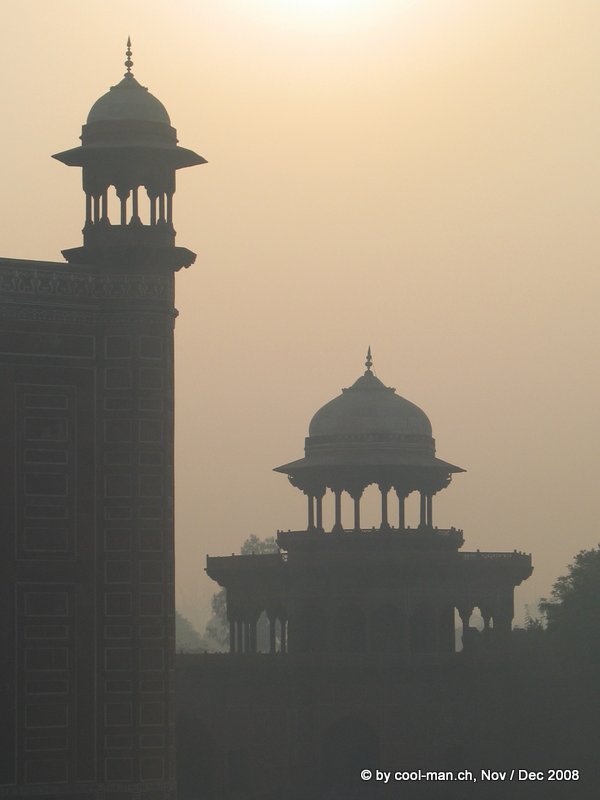 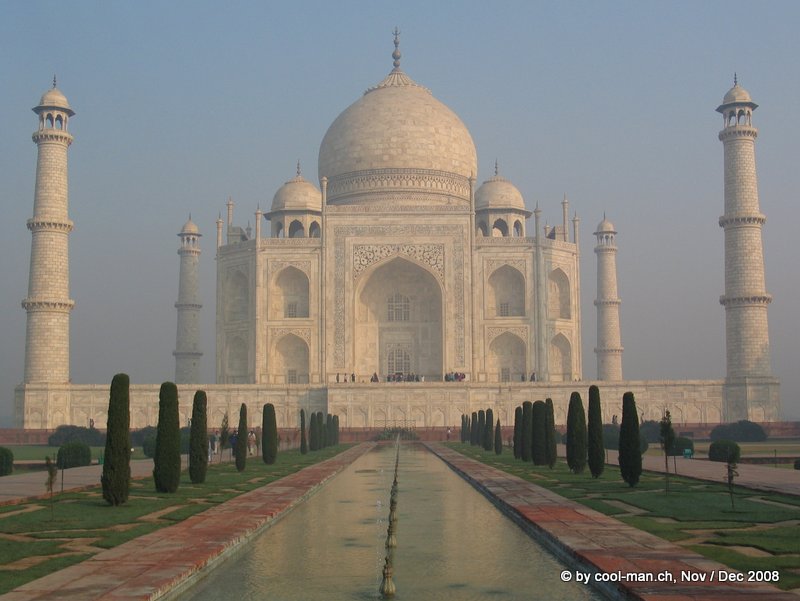 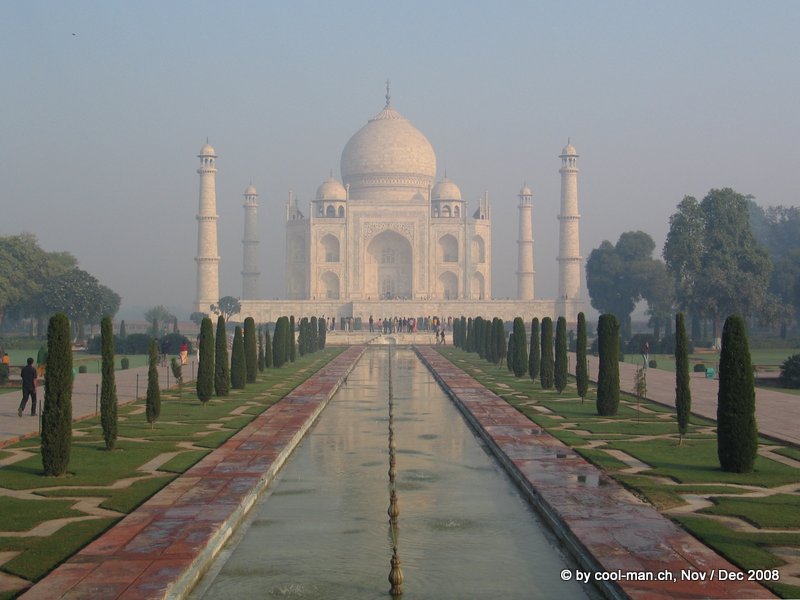 The continuation of my travel report can be found at the following websites:

Part 3: South India with Mumbai, Hampi, Wayanad, Kerala and a summary of this India trip