Coming from Kota Kinabalu in Malaysia we took the bus to Brunei. The Sultan of Brunei is one of the world’s richest man thanks to the oil wealth off the coast. The bus journey leads over four border crossings, so that on this bus journey two pages of the passport are stamped. The first stamp was pressed into the passport at the border crossing between the Malaysian provincial borders Sabah and Sarawak. Next we entered a Bruneian enclave. Then we left Brunei again and entered Malaysia again. Finally we re-entered Brunei. At each of these crossings an exit and entry form has to be filled in and the luggage is checked again and again.

Brunei is a strange country. People don’t seem to be richer than in neighbouring Malaysia. The Sultan and his entourage profit almost exclusively from the huge oil wealth. The inhabitants of Brunei can at least benefit from a free school and health system. It seemed to me, however, that the level of these services was only up to the usual Southeast Asian standard.

In the main town Bandar Seri Begawan a part of the palace can be seen from the river. It is huge. Above everything rests a golden dome. 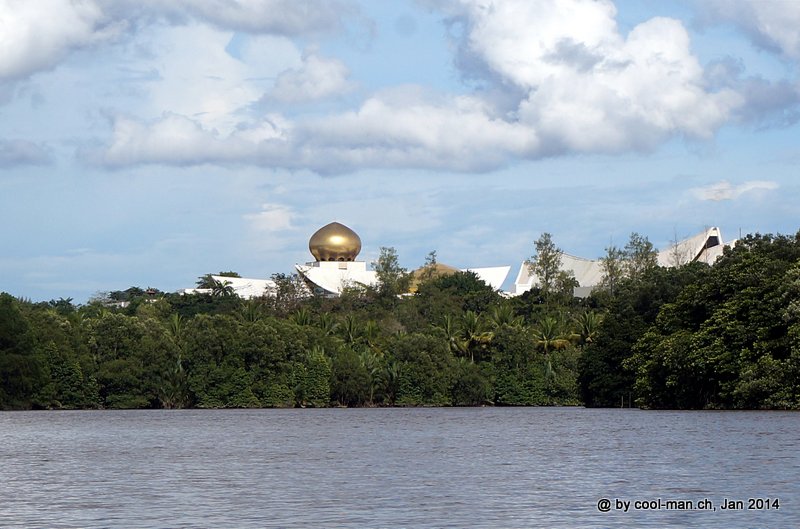 Brunei is strictly Islamic, so no alcohol is served. You can visit a few impressive mosques, which were built for special occasions of the royal house. 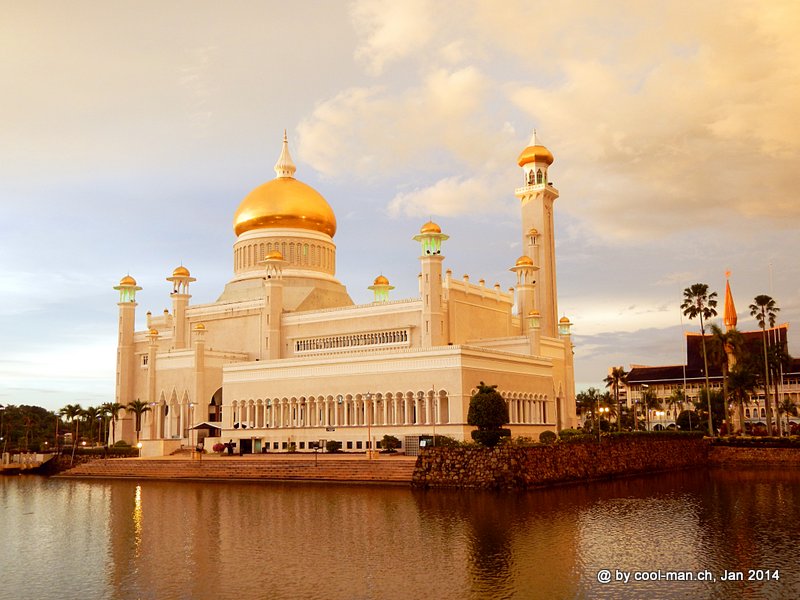 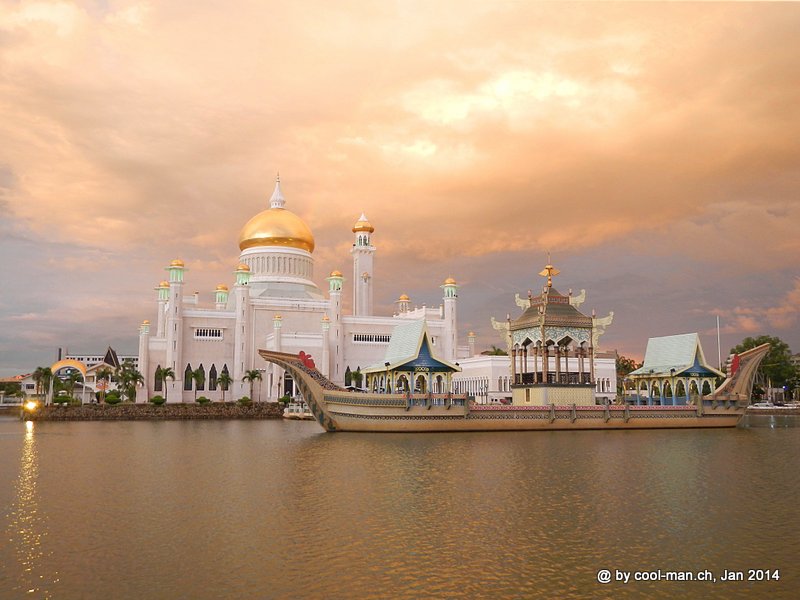 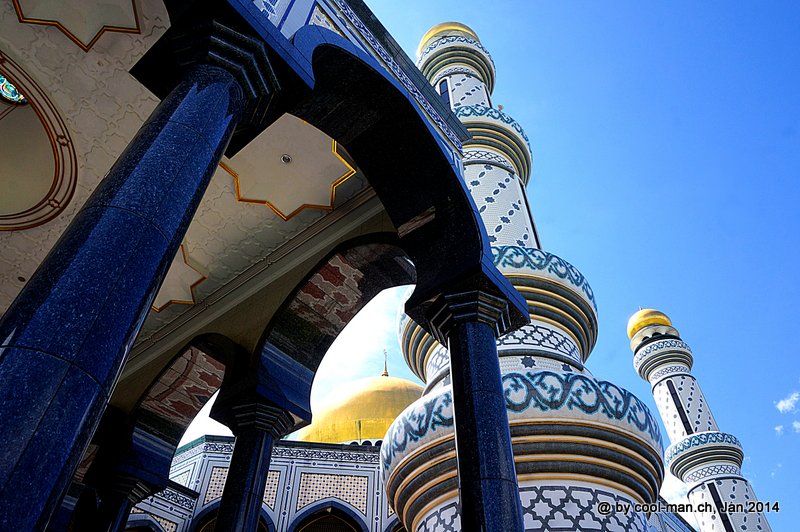 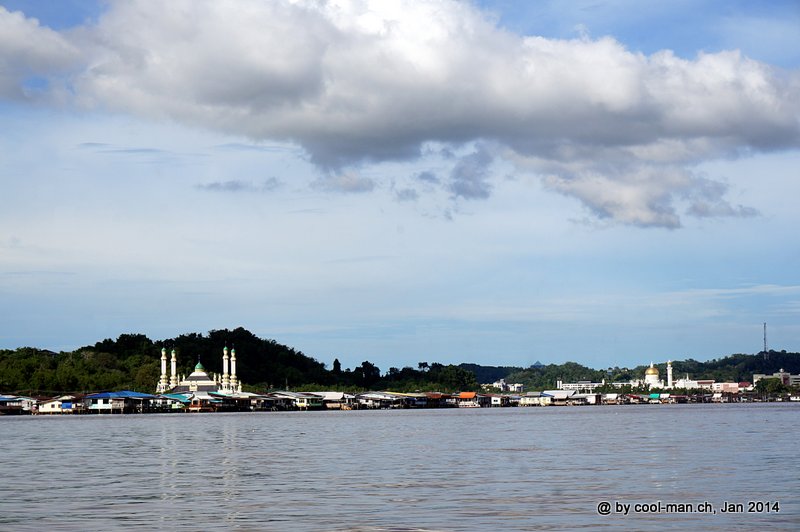 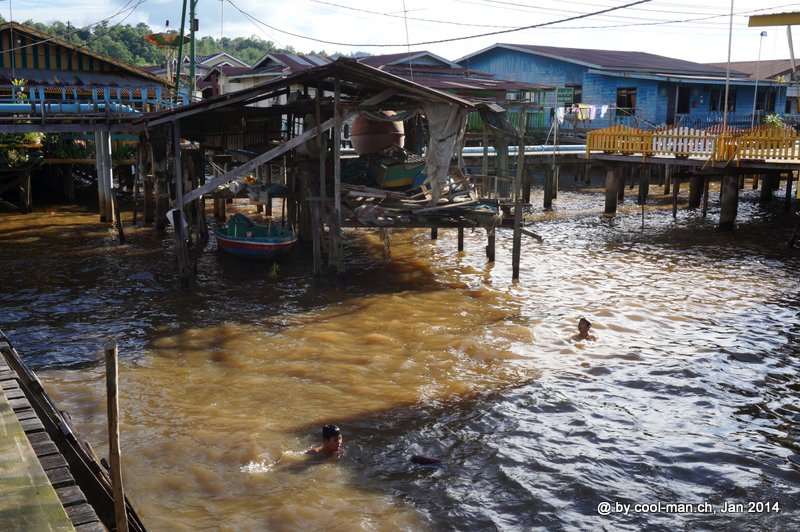 After sunset there are hardly any people on the street. The highlight of my visit to Brunei was the Japanese restaurant ‘Kaizen Sushi’. It is one of the best Japanese restaurants I have ever visited (including those in Japan) and the price-performance ratio is unbeatable.

The Belalong National Park protects the rainforest in Brunei. Since Brunei lives on oil, the country does not rely on deforestation of the rainforest like for example the neighbouring country Malaysia. Therefore, the rainforest is still untouched. The biodiversity was amazing! On our trek through the park we passed a huge scaffold that covered the entire height of the jungle. Scientists use it to collect insects at different heights. One of the scientists told me that he wanted to study the digestive tract of a particular insect species, as this insect can feed on a poisonous plant. In a brook there were fish that snatched small skin parts from the feet and thus cleaned the feet. A natural fish spa! Lunch consisted of chicken, rice and vegetables cooked in bamboo over the fire. Interesting was the night hike, where we discovered nocturnal animals like crabs, frogs and well camouflaged insects. 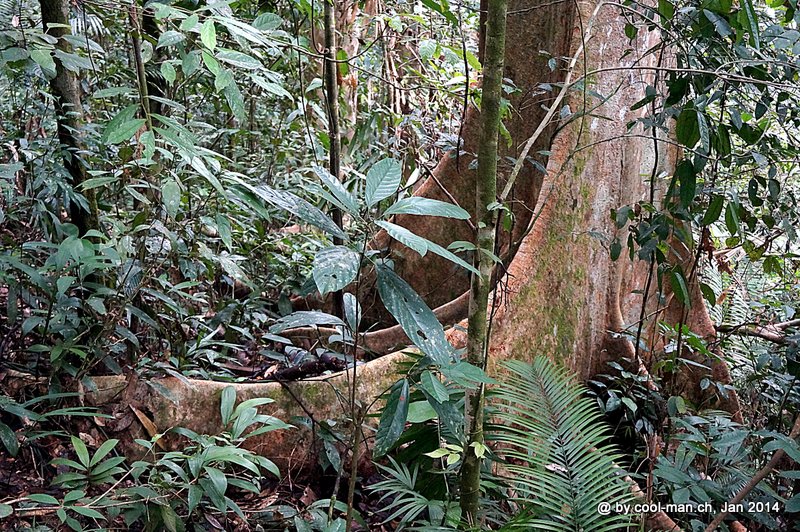 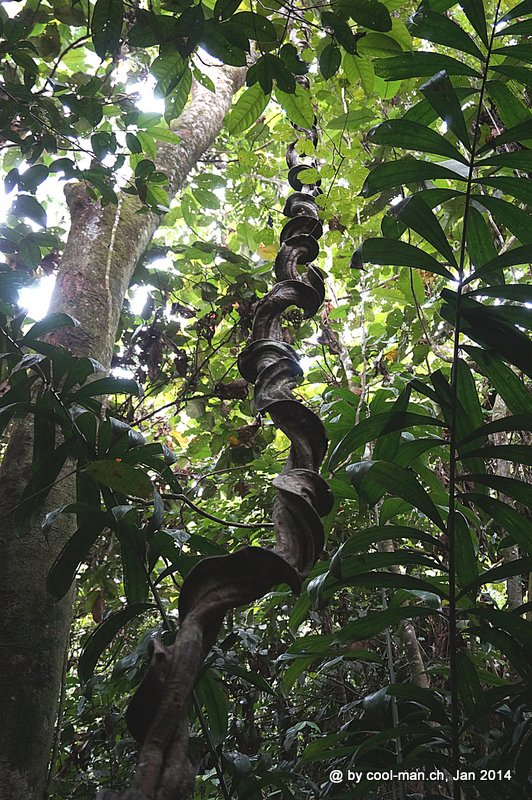 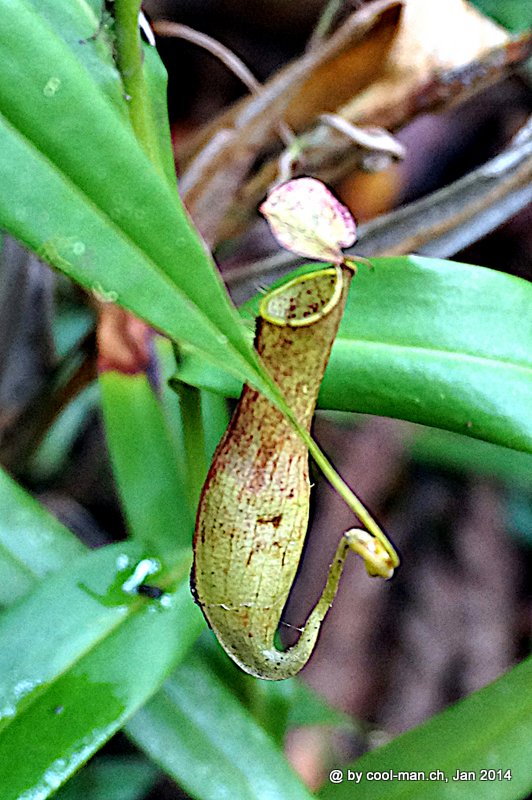 This insect is well camouflaged. 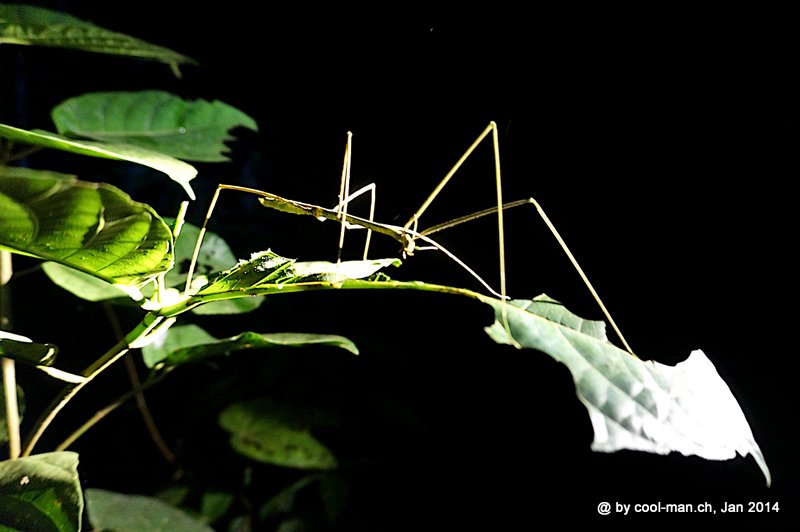 A little crab on a plant 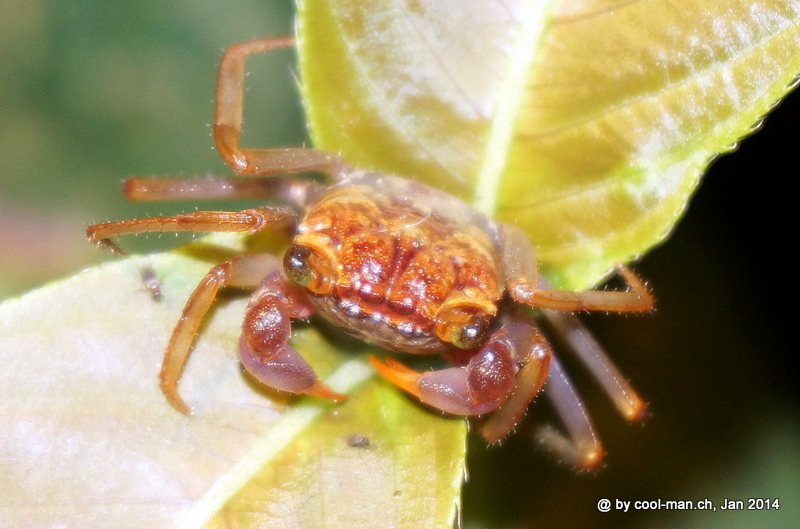 From Brunei we flew back to Kuala Lumpur and continued our trip through Malaysia.