This website is part of the description of my journey through the Baa Atoll. Besides Thulhaadhoo I visited the following islands: Fehendhoo, Fulhadhoo, Goidhoo, Maalhos, Kamadhoo, Dharavandhoo and Dhonfanu. At the end of the website you will find the link to the next island.

From Goidhoo I took the local ferry to the island of Thulhaadhoo, 23 km away, which is located in the southern part of the Baa Atoll.

Since the island offers little for sun worshipers, there is only one guest house on the island, the Alvi Star Inn. It is visited almost exclusively by anglers. The helpful manager on site is a young local with his German wife Sarah. 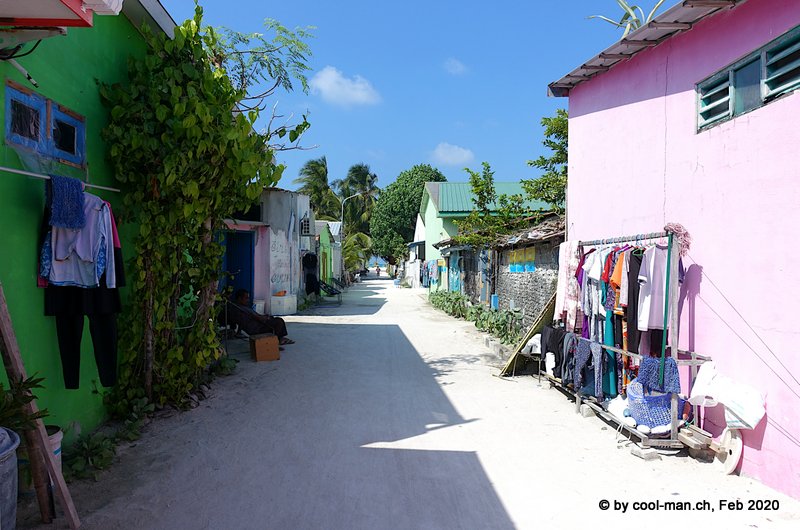 Like many mosques in the Maldives, this one was built with Saudi money. 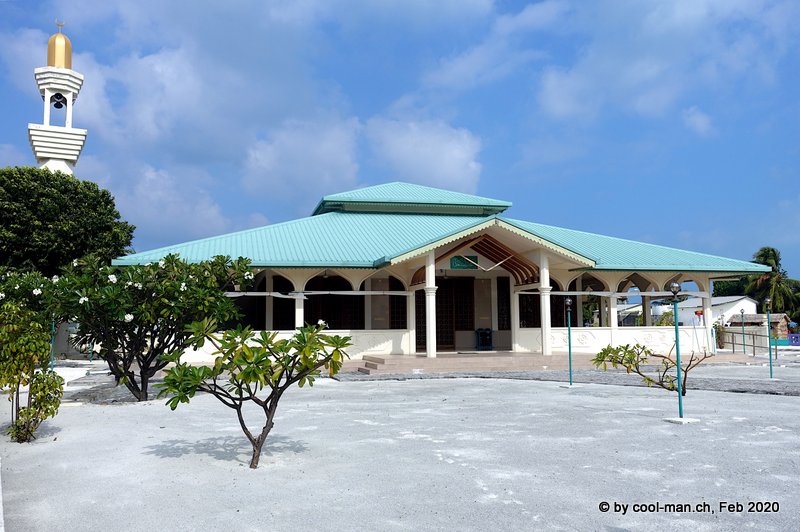 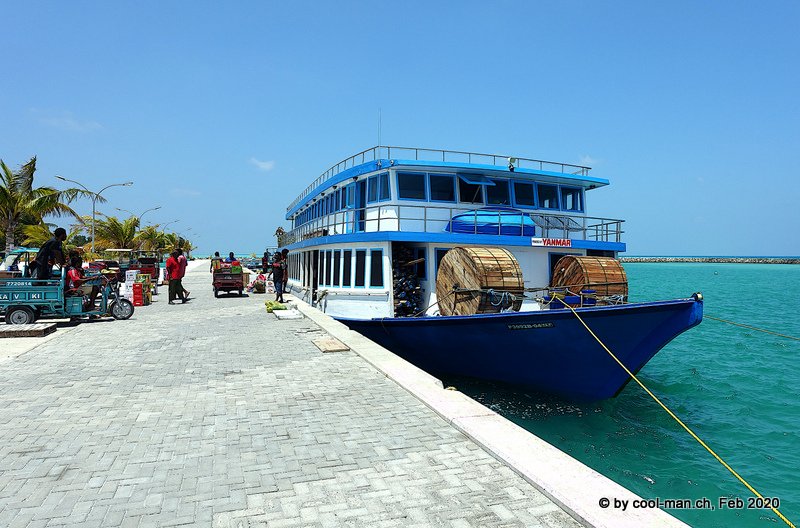 Thulhaaldhoo is famous for lacquer work. In former times the artists supplied the Maldivian noble families. Today they sell their works of art mainly to tourists. I could follow the creation of a product from the working of the wood, the application of the natural colors to the artistic decorations. 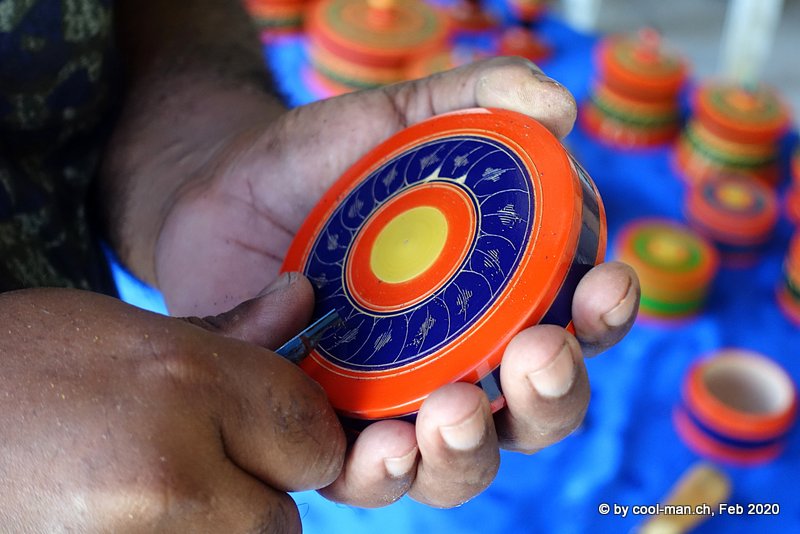 The guest house is owned by a rich family from Male. The son spent a few days on the island and showed me the family’s new ship under construction. 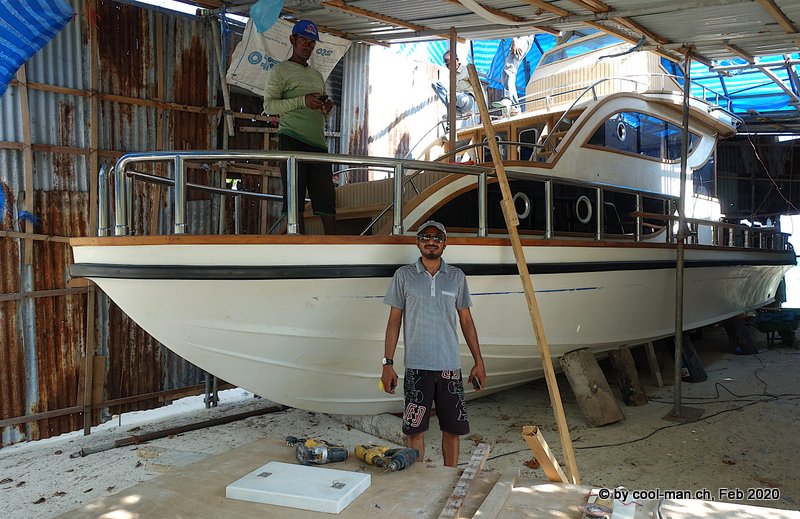 An entrepreneur has built new houses on reclaimed land. The locals are not enthusiastic about it and are curious who will move in. 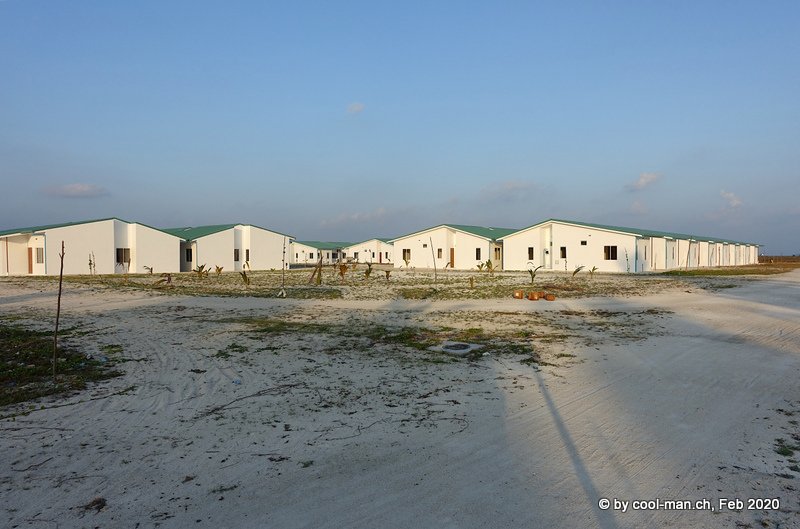 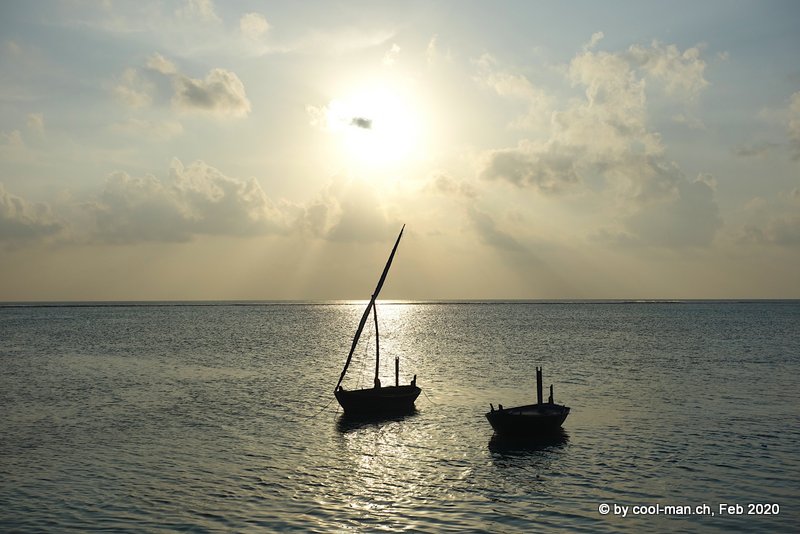 There is a small beach in the southwest of the island, but it has no tourist infrastructure and is not a bikini beach. This means that women are not allowed to sunbathe in their bathing costumes.

From the beach I snorkeled in the shallow lagoon. I did not meet bigger sea creatures there. Nevertheless I saw some interesting animals like one of the longest sea cucumber species and a new puffer fish and a new wrasse species, but also shells and corals. 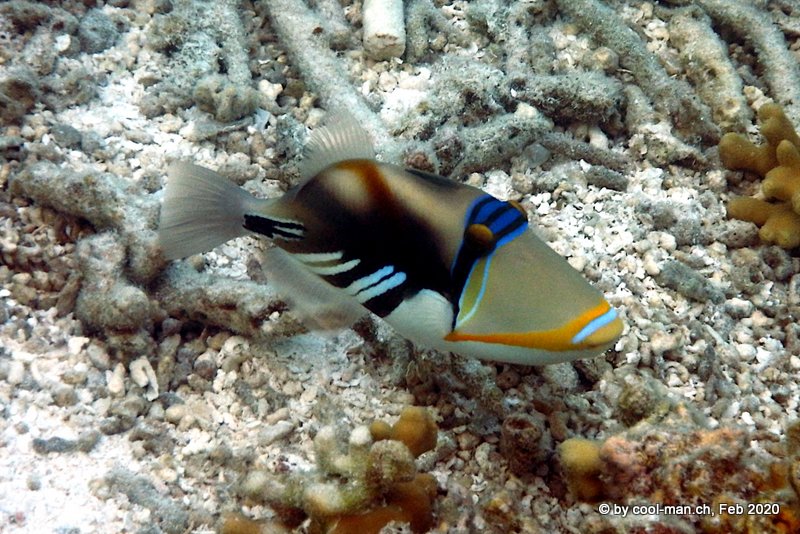 This seems to be a rare species of Puffer fish, because I could not identify it. 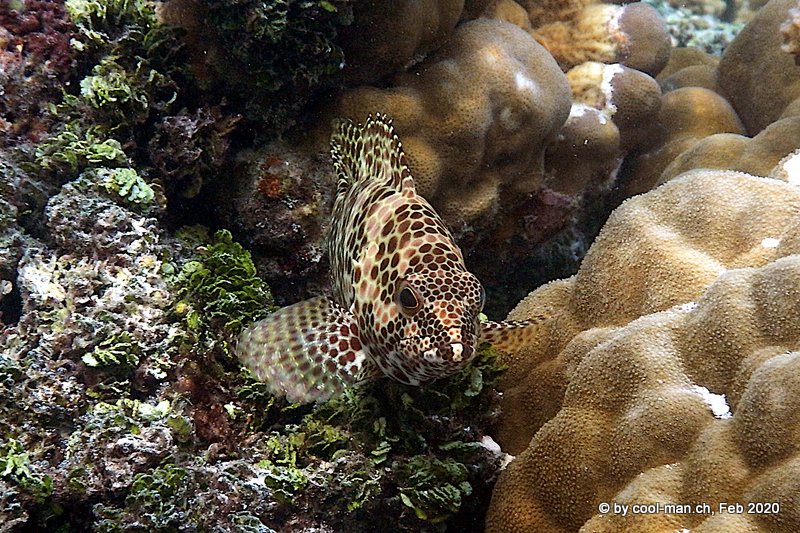 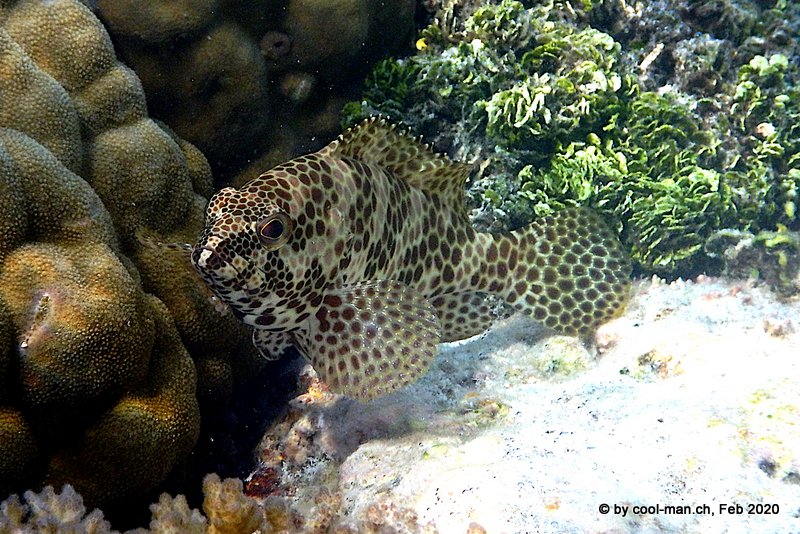 The Snake sea cucumber can grow up to three meters long and is therefore one of the longest species of sea cucumber. 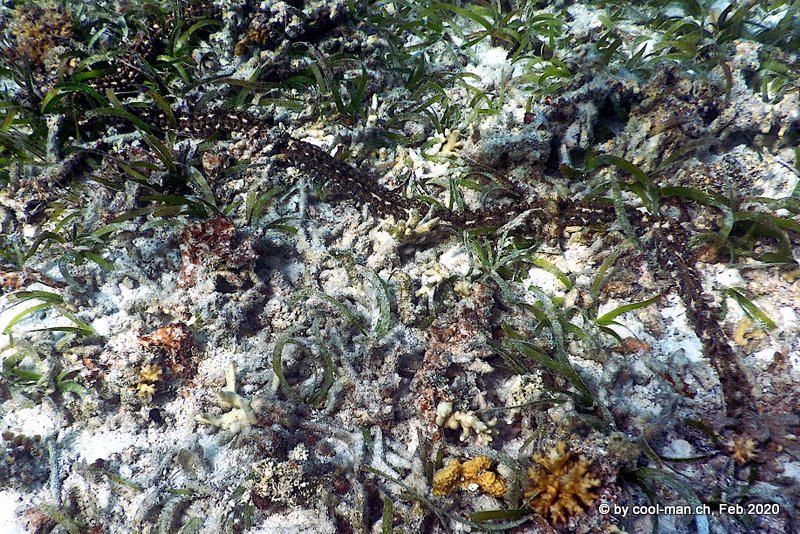 Here is the front part, with which it takes up not only sand but also organic parts.

I could not identify this wrasse species. 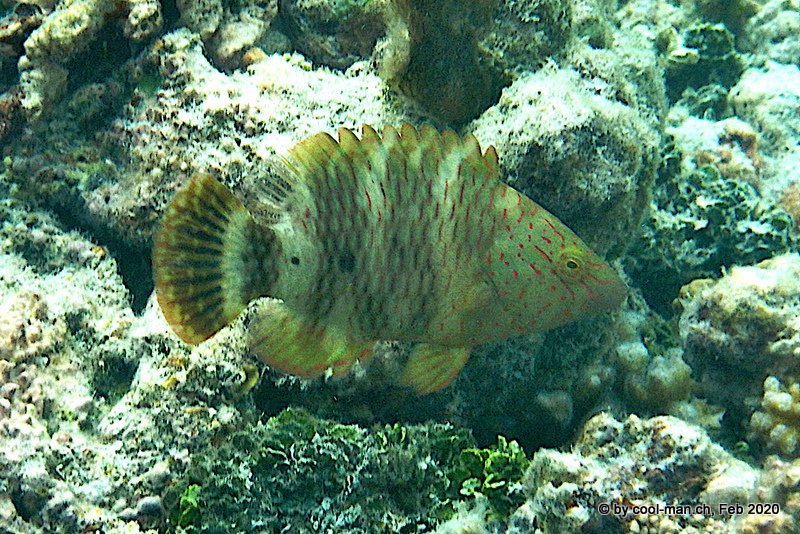 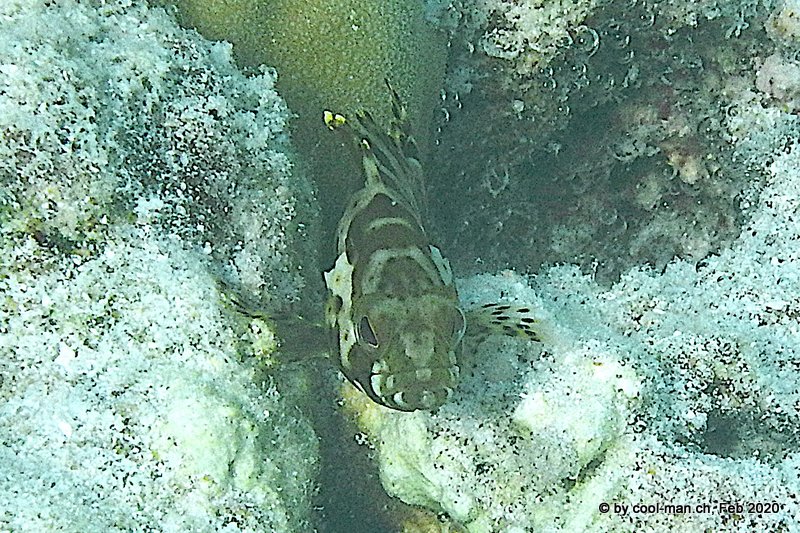 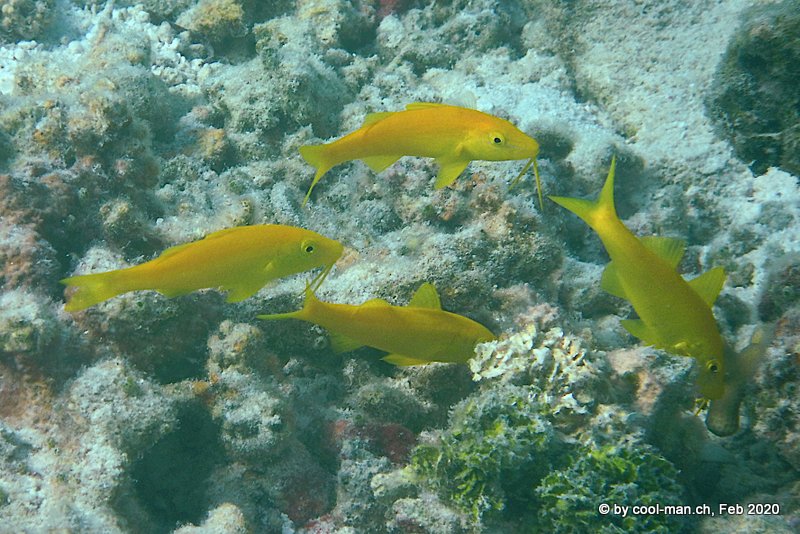 Zigzag wrasse. The zigzag pattern is located in the back half of the fish’s body. 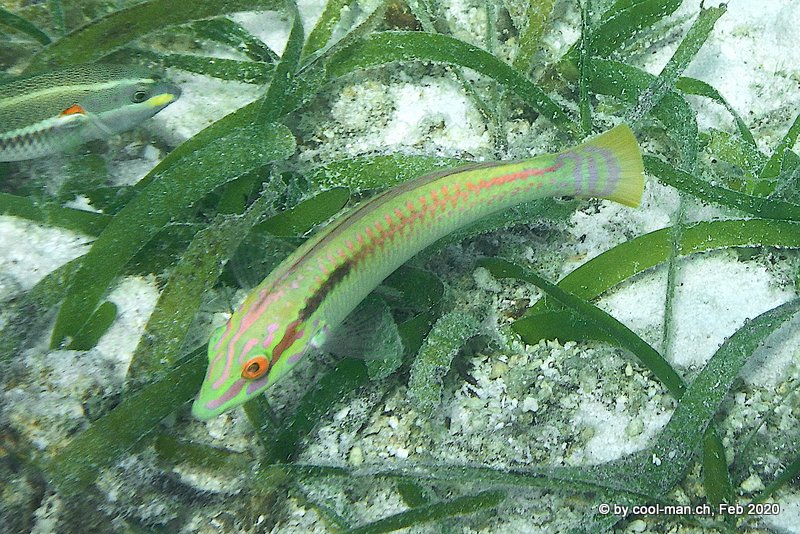 Another species of wrasse which I could not identify. 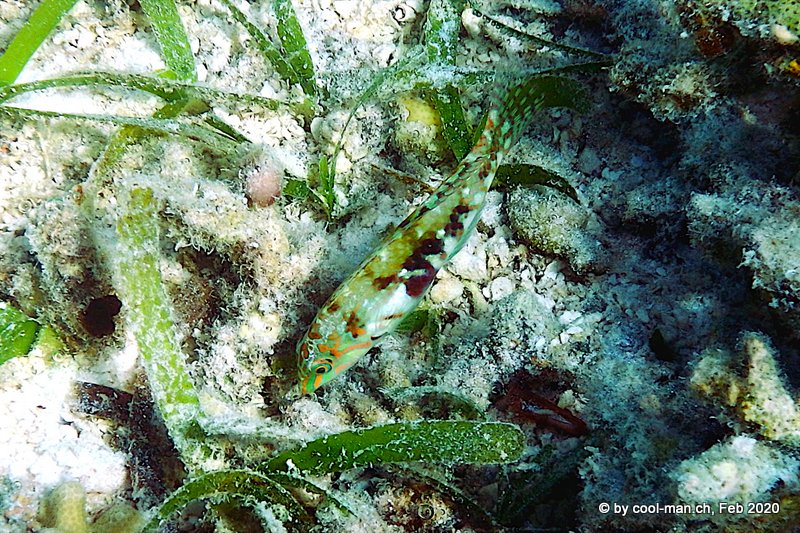 A Raakani clam. After being heated in a fire, these have been eaten by Maldivians since time immemorial . 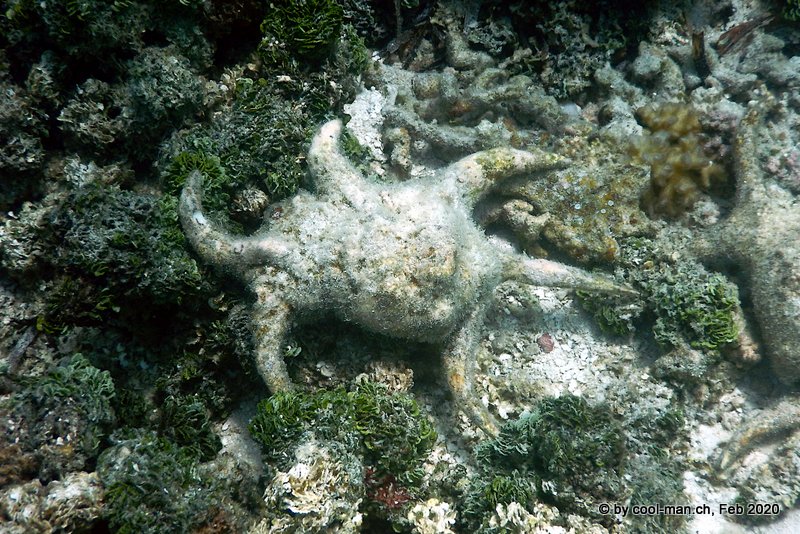 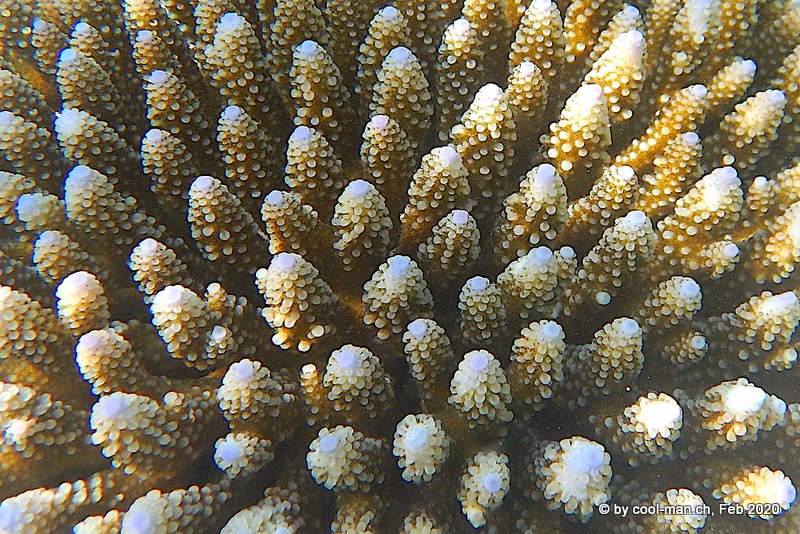 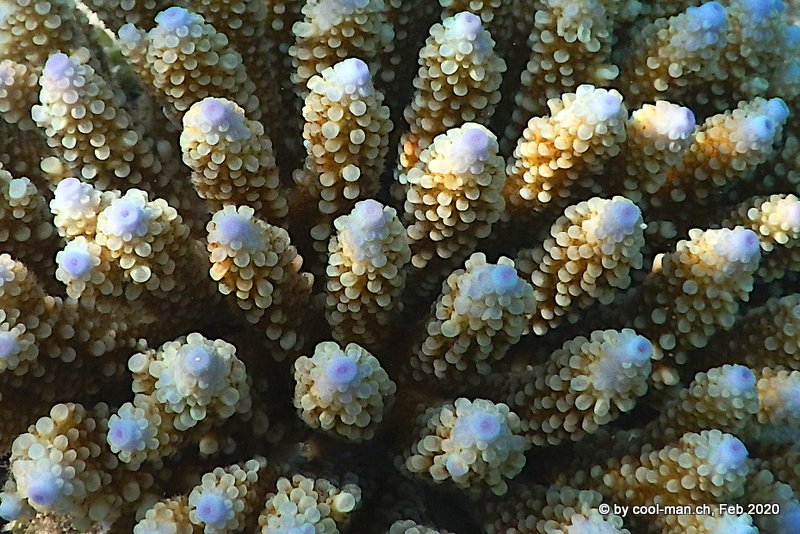 A strong storm raged the night before my departure and into the morning. The local ferry was no longer running, so I had to rely on an alternative means of transport. Fortunately, the resort manager knew of a boat owner who wanted to pick up tourists from the airport on the island of Dharavandhoo. He gave me a lift at a reasonable price to Maalhos island, my next destination.