After my Fiji trip I made a stop in Singapore in June 2011.

My first trip to Asia took me to Singapore in 1986. Rickshaw drivers in Singapore are waiting for their customers on this digitized picture from this year. A few years later this means of transport disappeared from the city center. 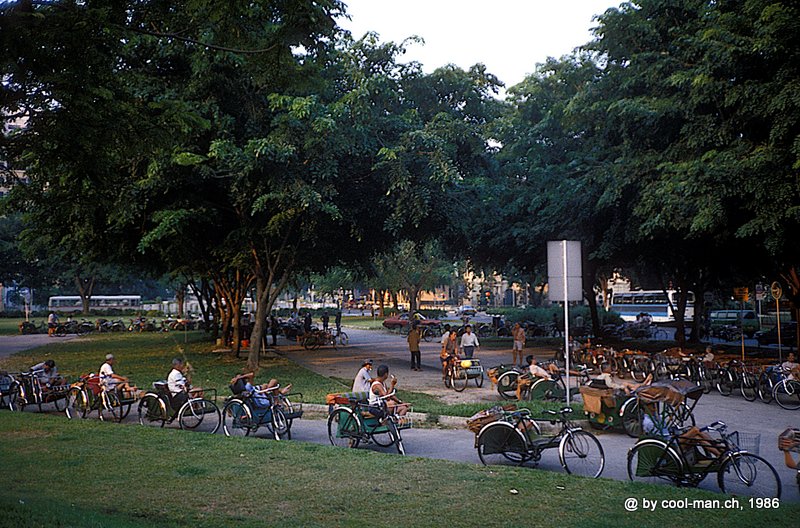 The Marina Bay Sands Resort is particularly impressive. There is a 150 meter long infinity swimming pool on the horizontal surface on the top. 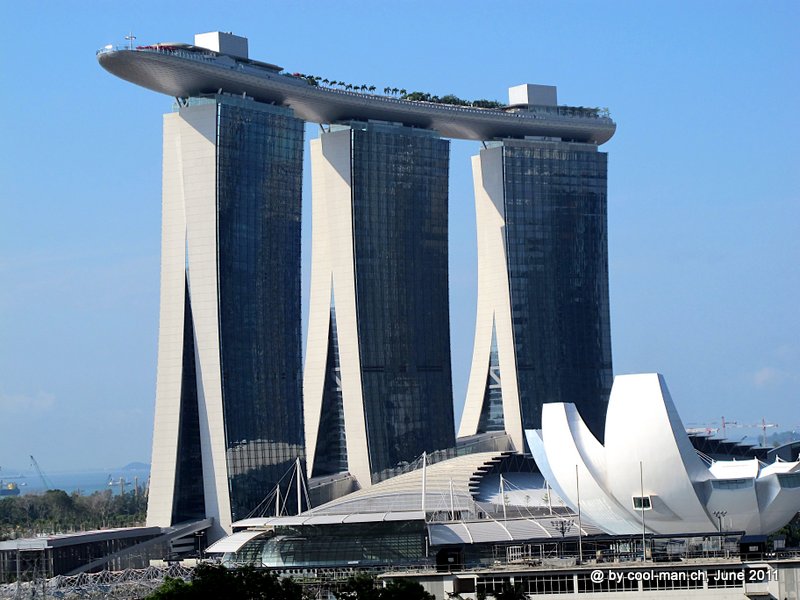 Night photos – The white building on the right is the Art Science Museum. 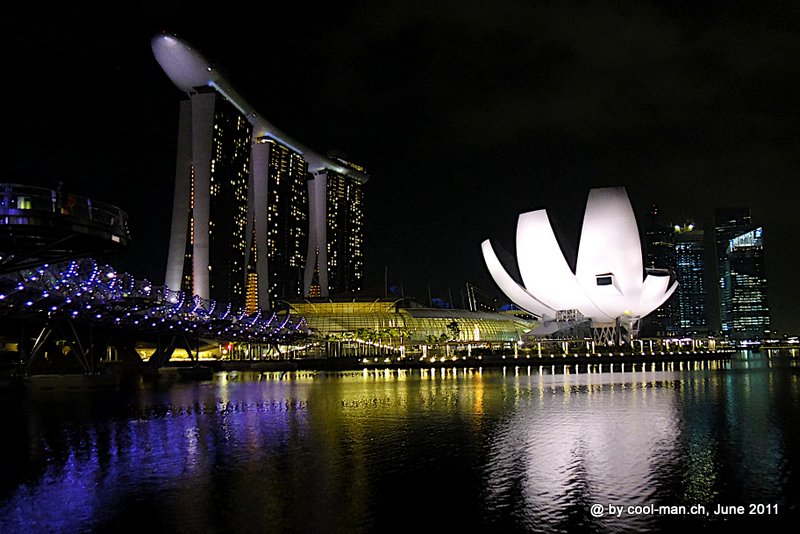 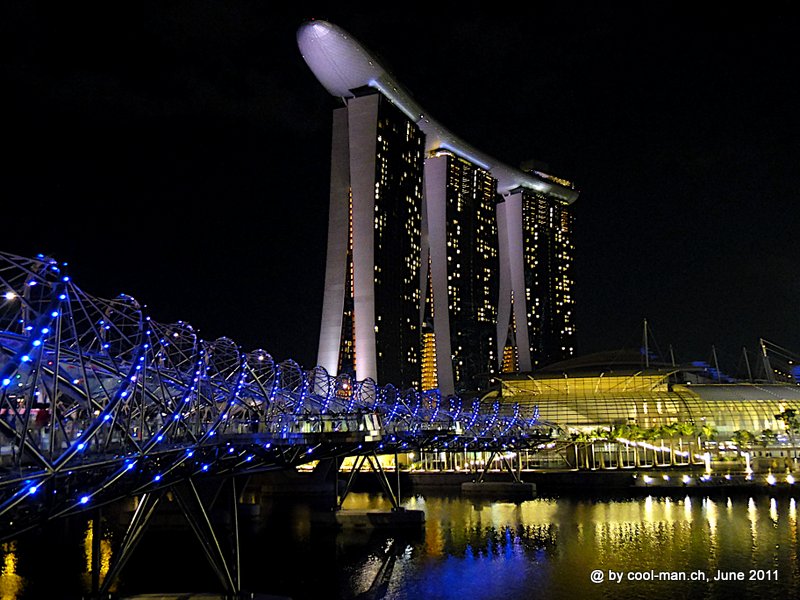 The resort is located at Marina Bay. On the left side you can see the 165 m high Ferris Wheel Singapore Flyer. 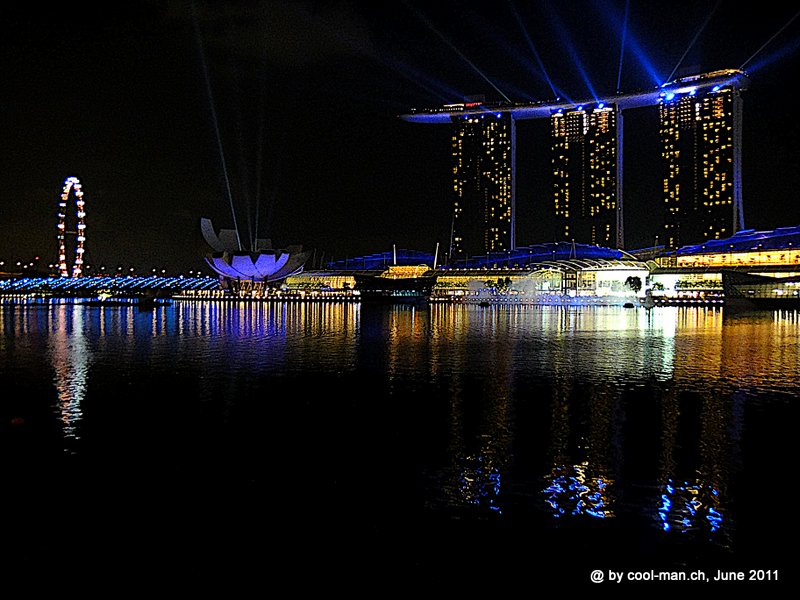 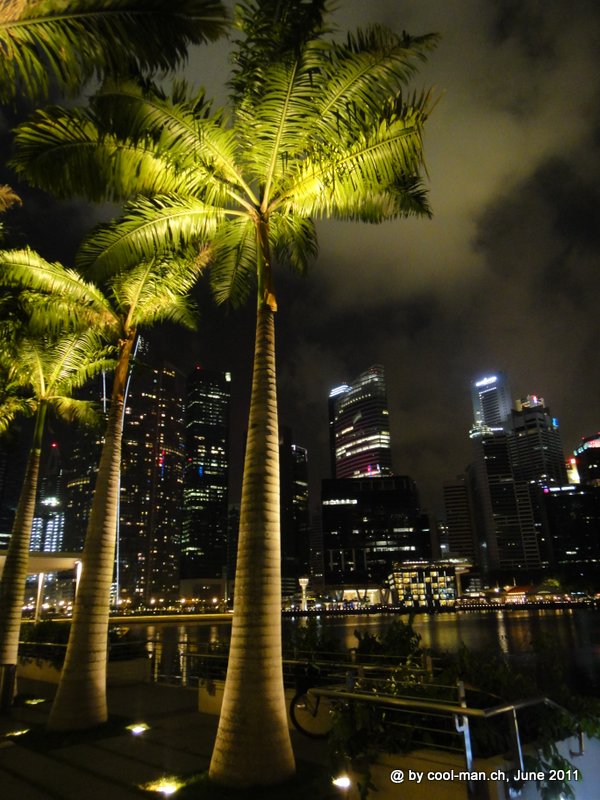 The waterspouting lion is the landmark of Singapore and is also located at Marina Bay. The name Singapore originates from Malay language. A prince was shipwrecked and washed ashore where he saw a lion. After that he named the island Singapura, which means lion city. 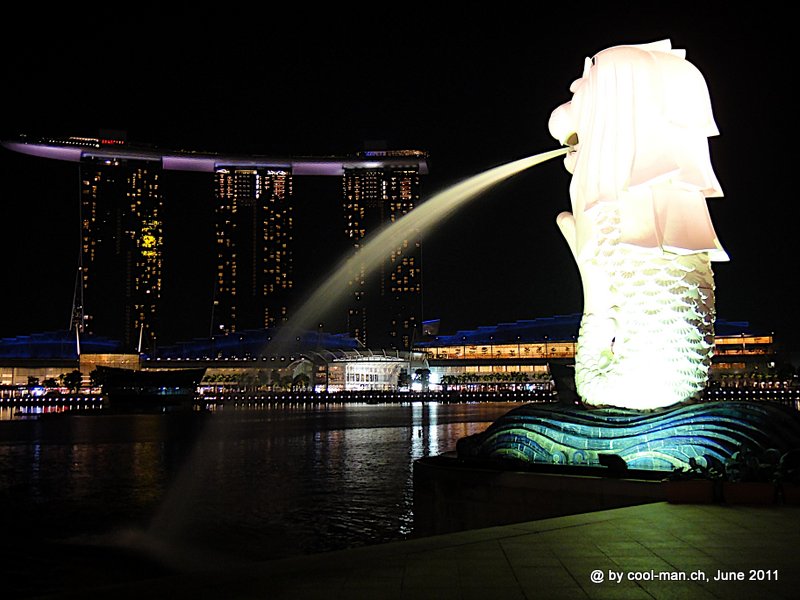 Worth a visit is the 1-Altitude-Bar, an open-air bar at 282 meters with fantastic views over Marina Bay and the Marina Bay Sands Resort. 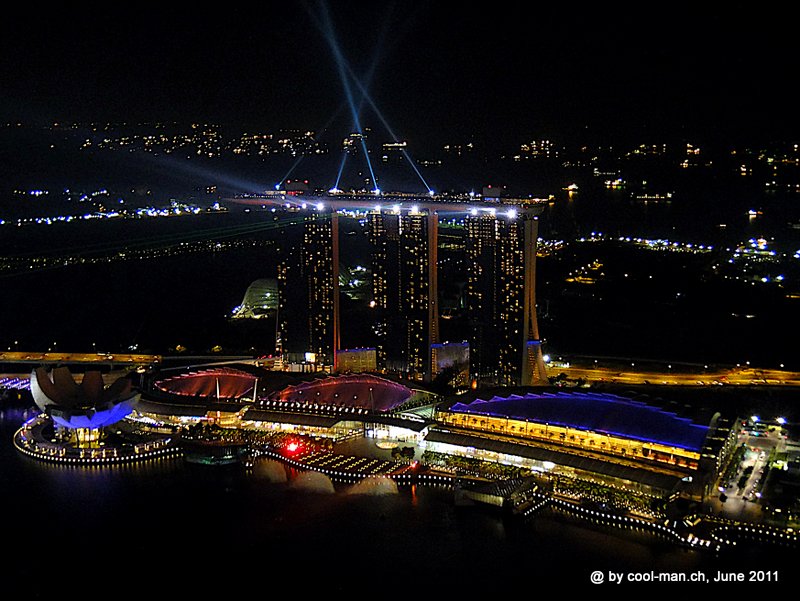 View over the city 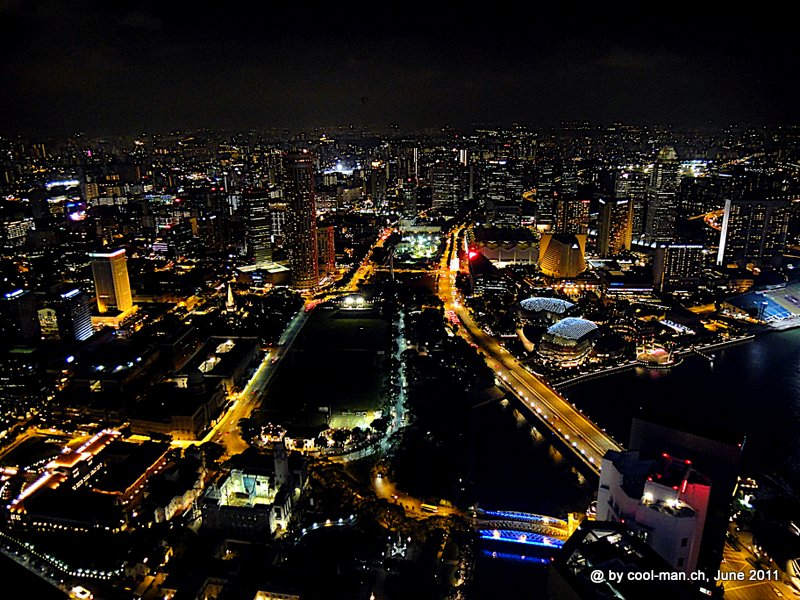 Clarke Quai is one of the best nightlife areas in the city. 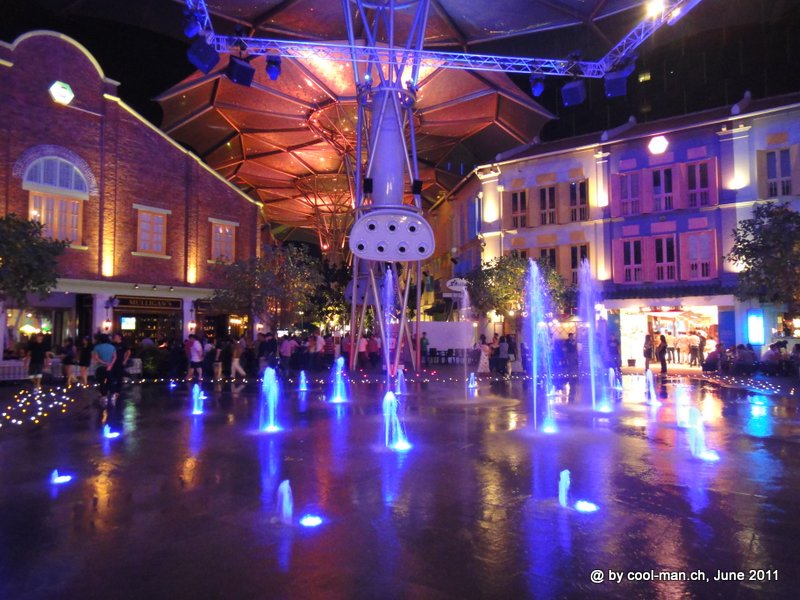 After a few days in Singapore I finished my six month trip to Dubai, Vietnam, Philippines and Fiji and returned to Switzerland over the summer.