Coming from Bolivia, I visited the Galapagos Islands. The Galapagos Islands are a group of volcanic islands around the equator line that are more than 900 km away from the Ecuadorian mainland. 97% of the land area is part of a national park. Many animals can only be found here. The study of these animals during Charles Darwin’s journey to the Galapagos Islands in 1835 contributed to the development of the then revolutionary theory of natural selection.

The islands lie on a plate that slowly moves eastwards. Therefore, the oldest islands are those in the east. On the west islands volcanic eruptions still occur, so that these islands will still change in the course of the time.

According to different internet pages, one can discover the whole diversity of this archipelago only by boat. Travelers also told me that on the Galapagos Islands one can book last-minute cruises at reduced prices.

Once on the Galapagos Islands, I traveled to the largest village, Puerto Ayora, where dozens of travel agencies offered tours and boat trips. I decided on an 8-day cruise with the ship “Daphne” to the western part of the Galapagos Islands. It was a good choice. On the one hand I saw such a large variety of landscapes with the most different animals. In addition, there were only 16 people on the boat, so that we went in a small group on each exploration tour. The fellow travelers were very interesting people. I shared the cabin with an uncomplicated Frenchman. Our guide had excellent knowledge about the islands, animals and plants. There was no question he could not answer competently. Also the food was excellent.

The week was packed with activities. Four excursions per day were the norm and consisted of hiking, snorkeling and observing the coast or shallow waters from a motorized rubber boat. Partly we got up already at 6 o’clock and had our first excursion before the breakfast, because many animals were active in the morning. Often we saw penguins or sea lions early in the morning from the deck as soon as we got up. Every day we encountered new species that inhabited the different habitats. The tour was a complete success!

Without losing any words I continue with the pictures, which speak for themselves. The picture headings contain further information.

A blue-footed booby male on the left dances for a female. The blue color of the feet is more intense the better nourished the male is and thus, the more attractive the male is for the female. 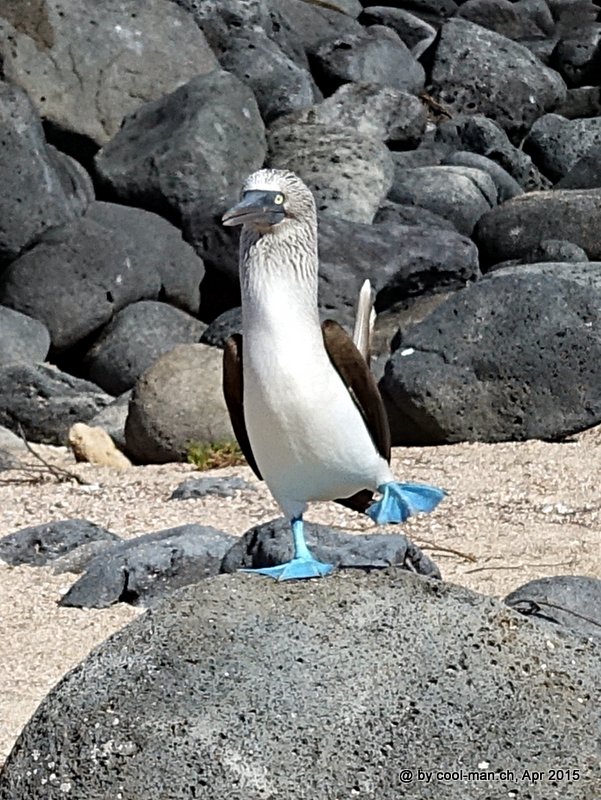 A magnificent frigatebird: The male has a striking red gular sac which it inflates to attract a mate. 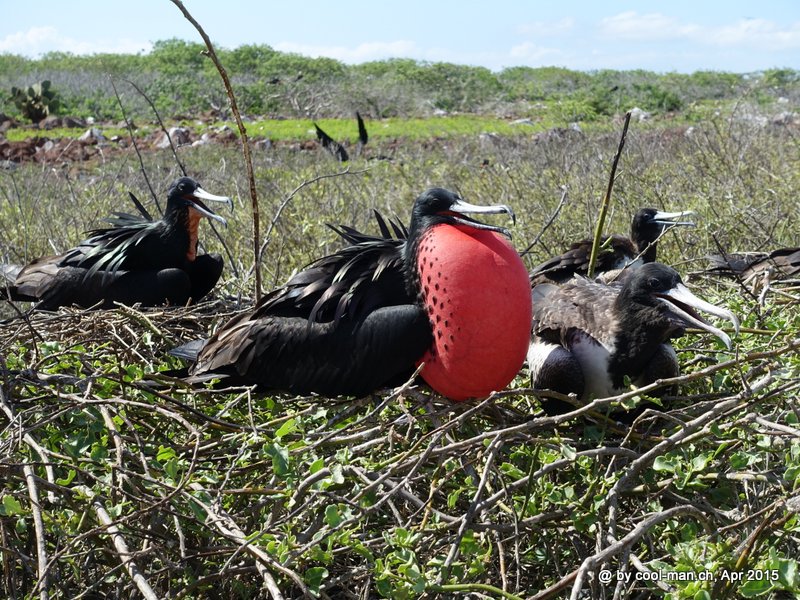 There are also flamingos on the Galapagos Islands 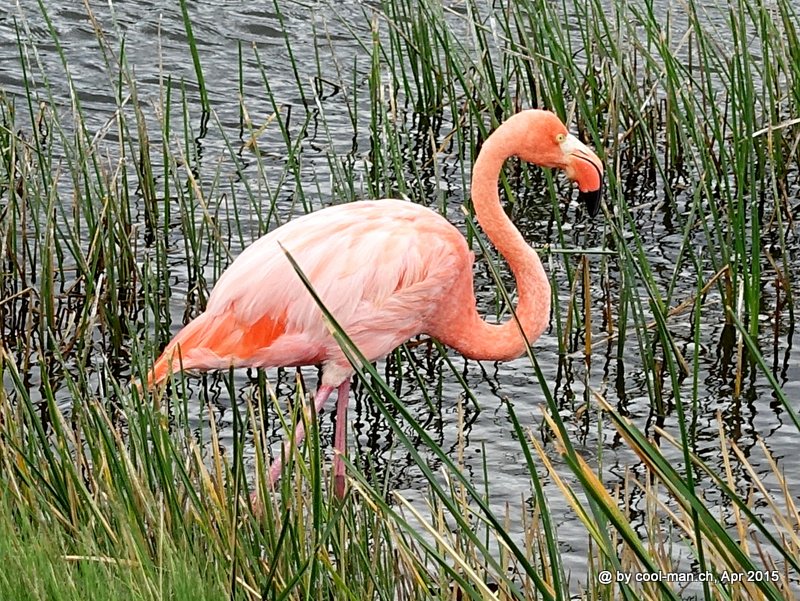 Galapagos sea lions: This species only exists on the Galapagos islands 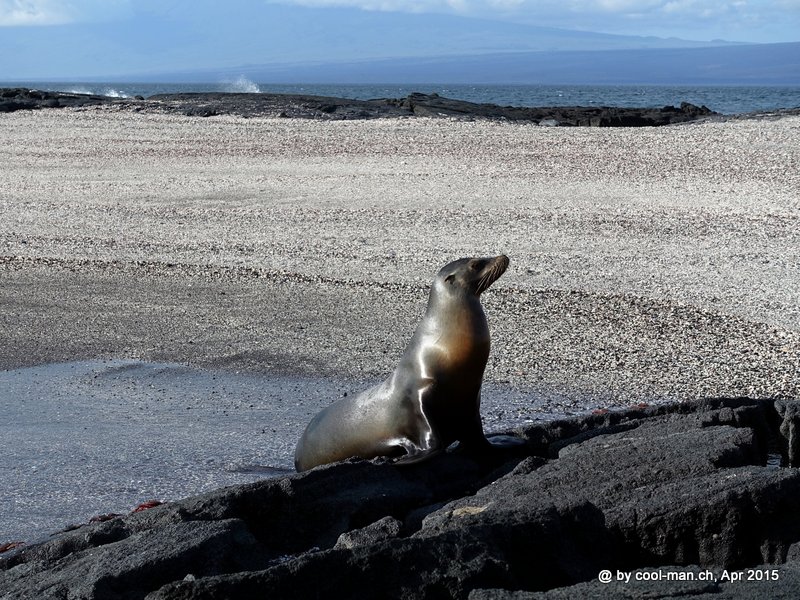 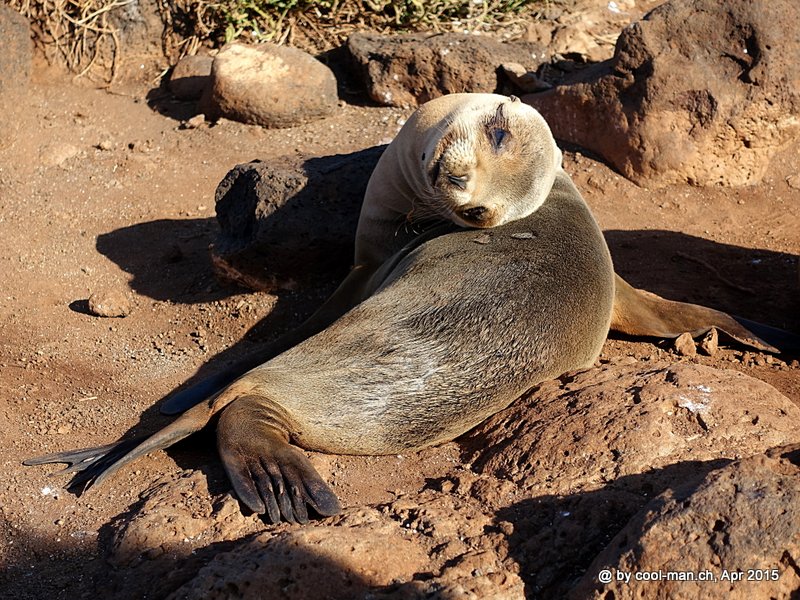 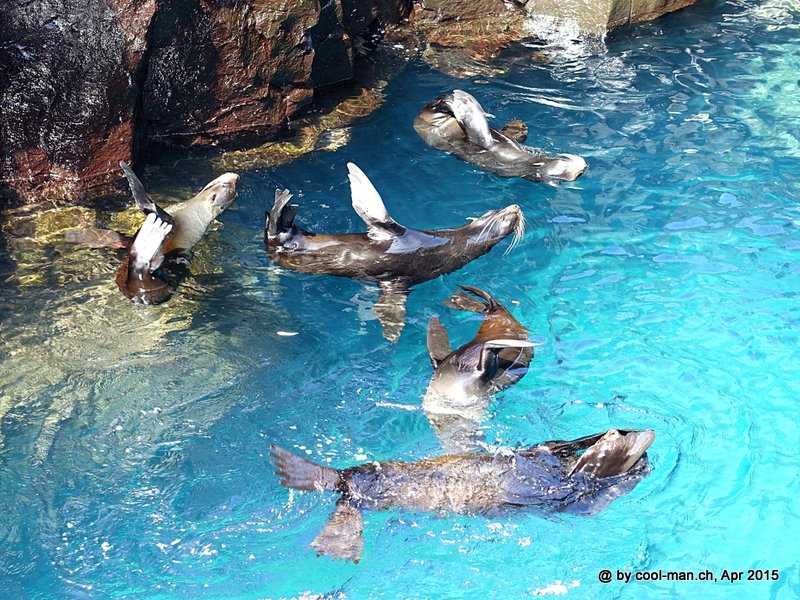 A Lava Lizard is looking for food. 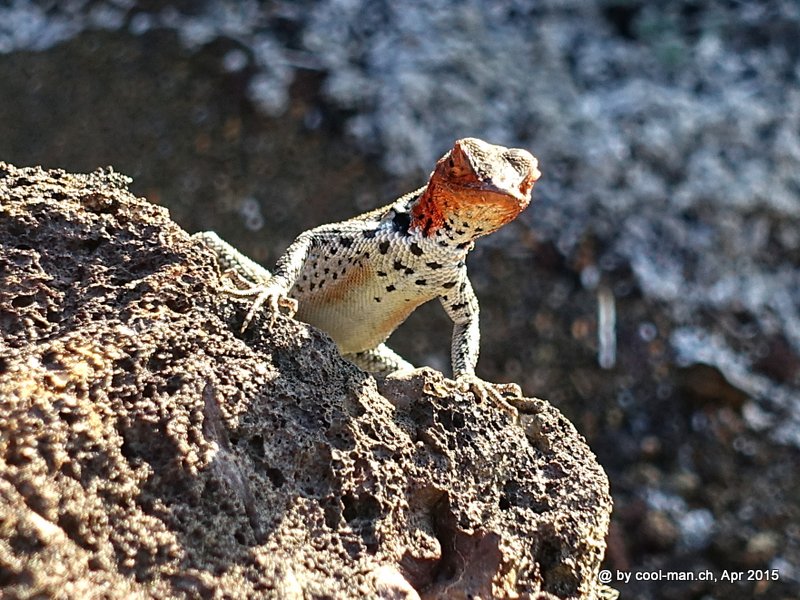 Galapagos land iguanas can only be found on the Galapagos Islands. 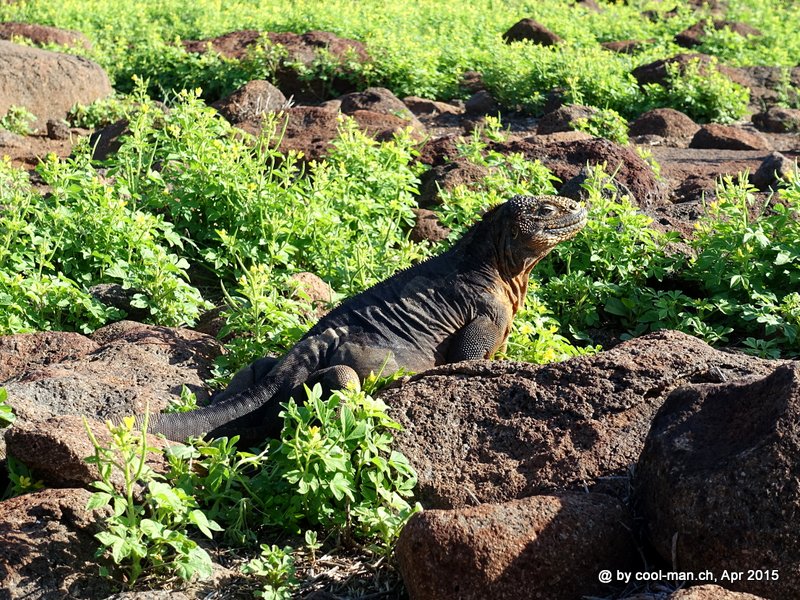 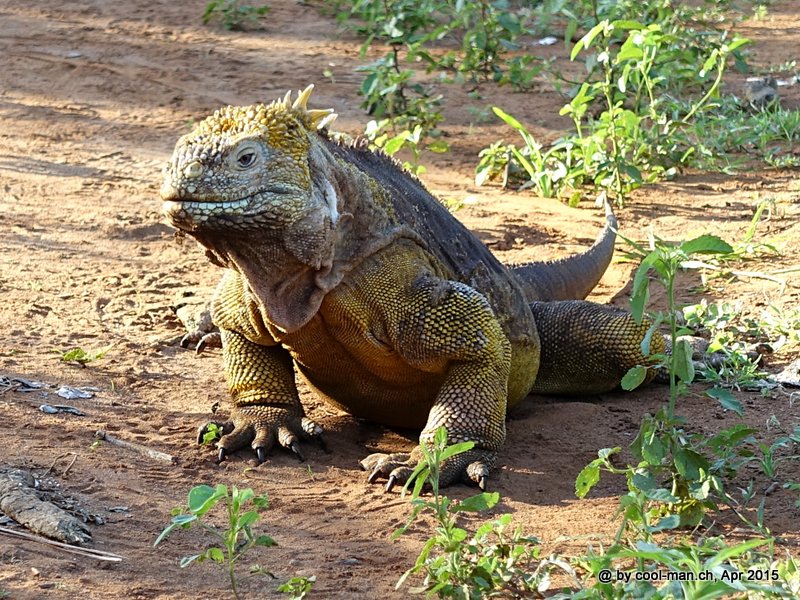 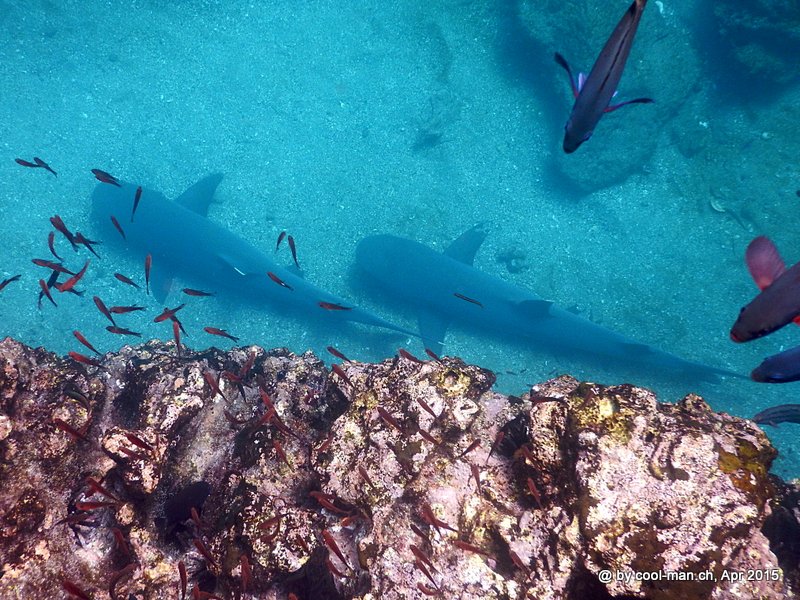 The Galapagos penguin exisits only on the Galapagos islands and is the rarest of the penguin species with only 1,200 of its kind. 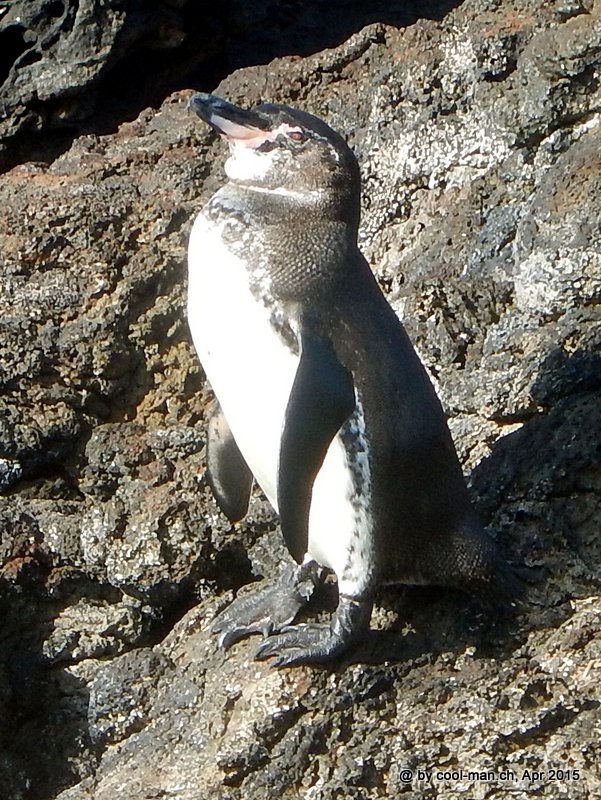 The Red Rock Crab is found on all shore areas of the Galapagos islands. 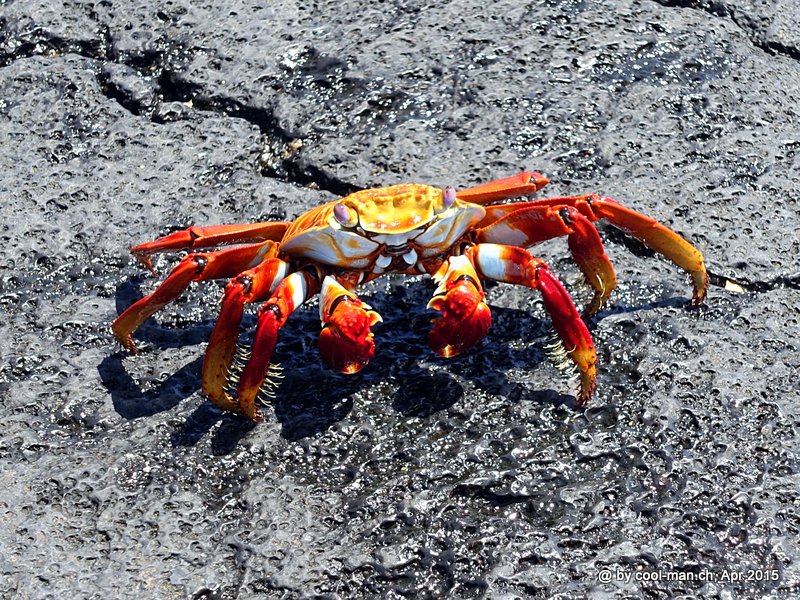 A Mexican hogfish: One of the many fish species around the Galapagos Islands 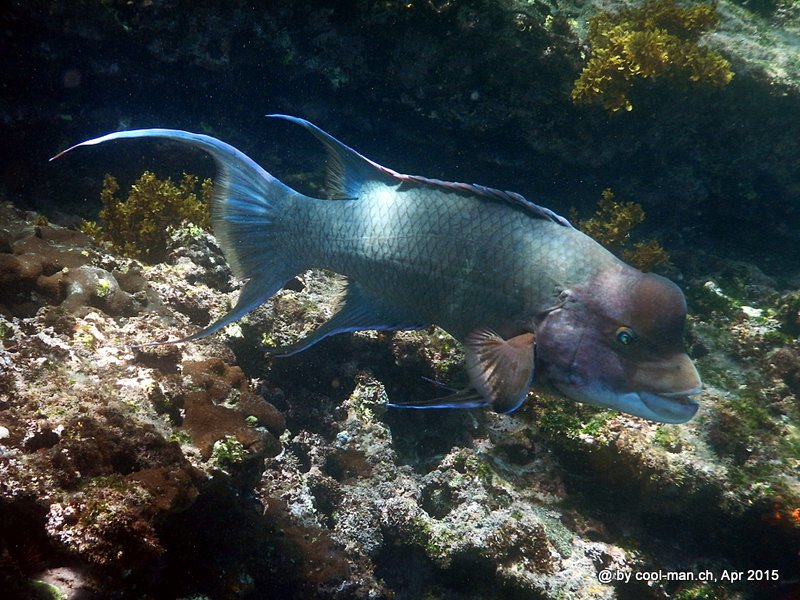 Galapagos Marine Iguanas only exist on the Galapagos islands and are the world’s only lizard that is finding its food in the sea. 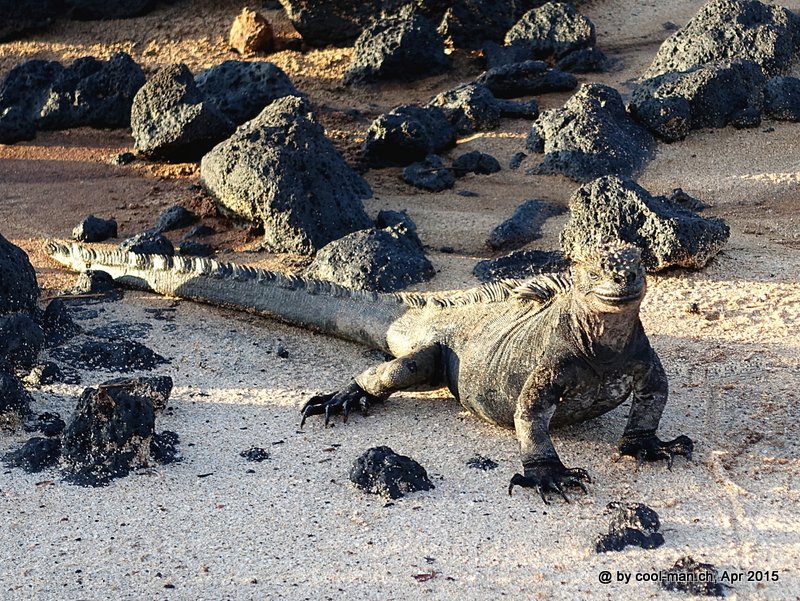 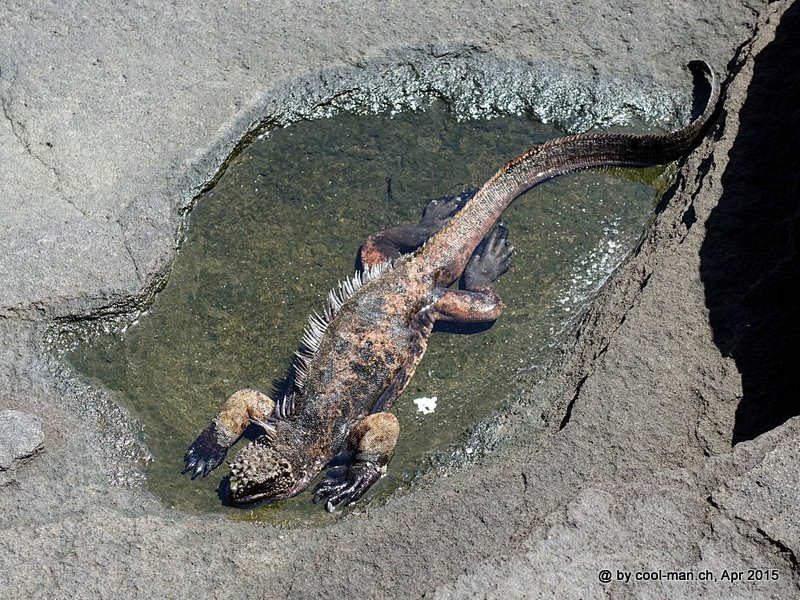 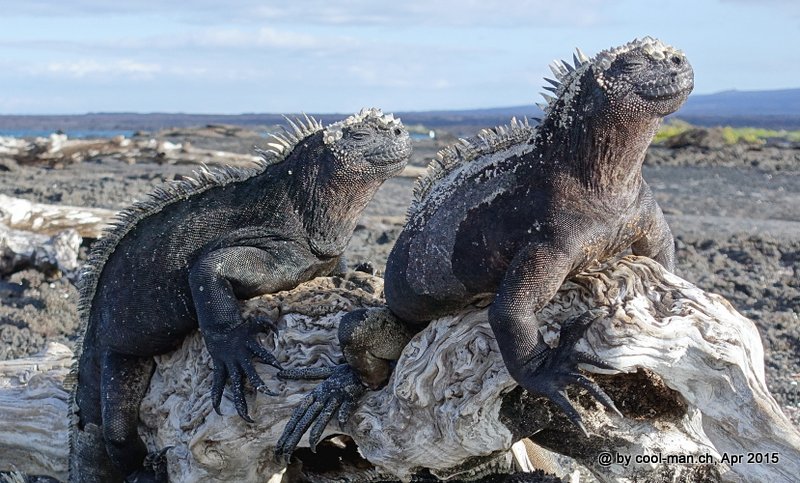 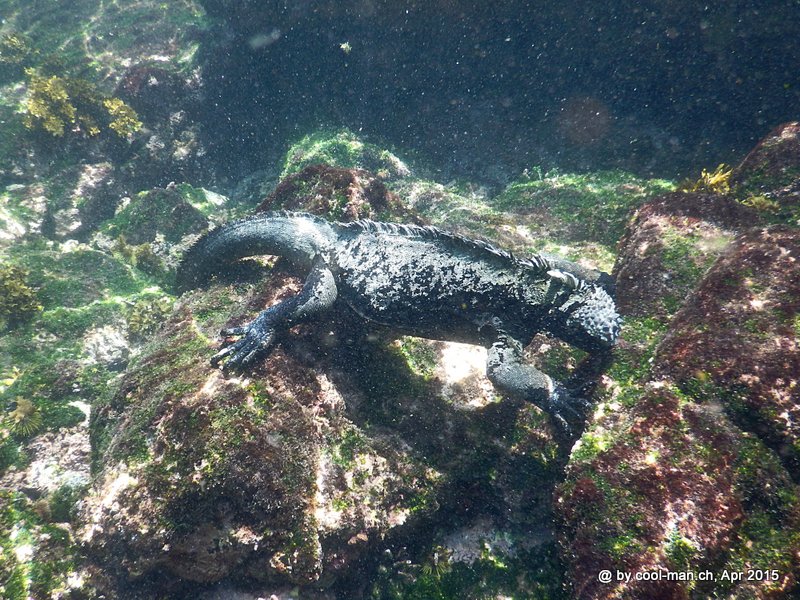 The second group with our guide while exploring a mangrove forest. 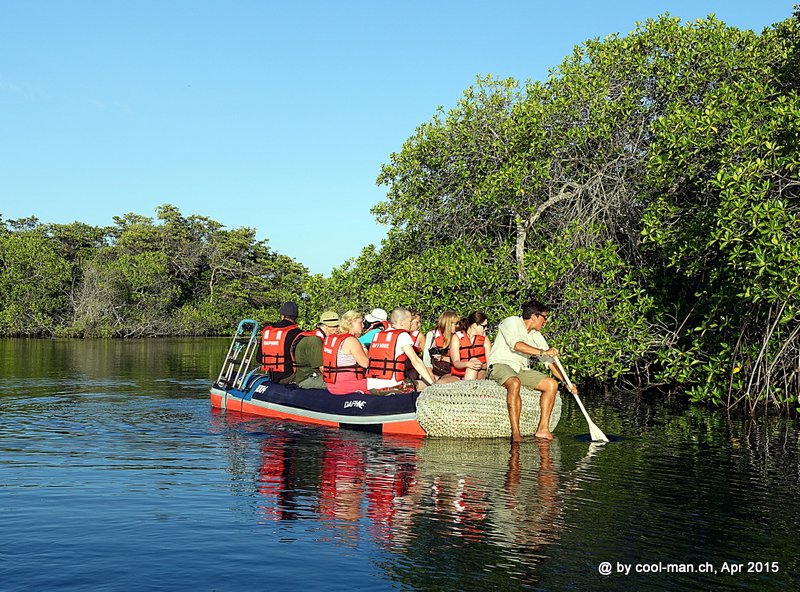 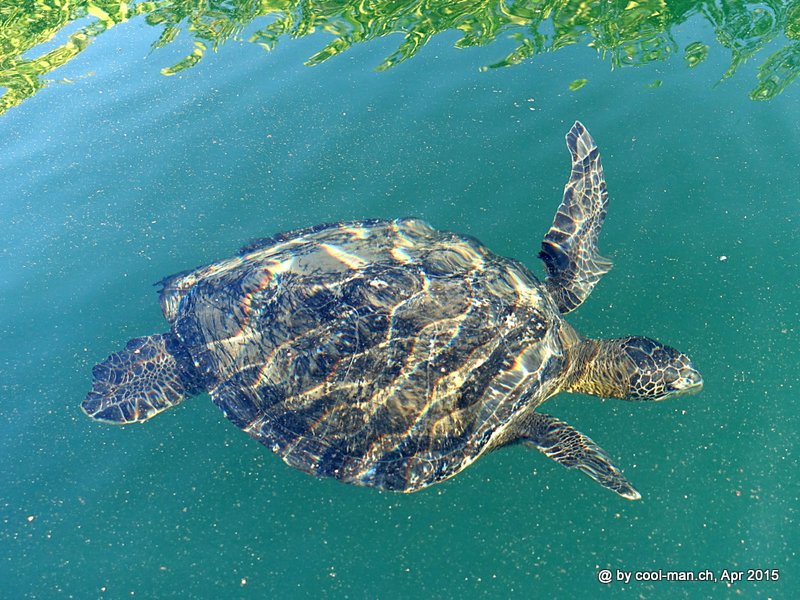 A school of Golden cownose rays 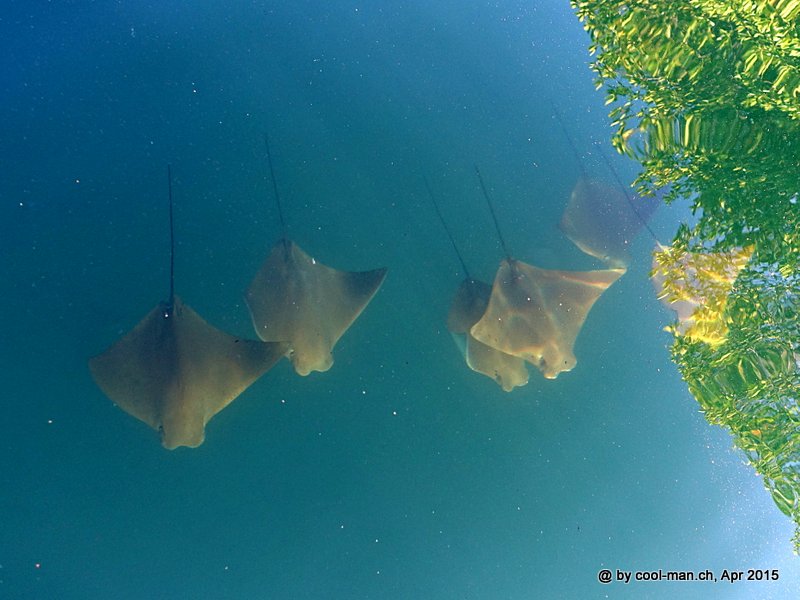 The Galapagos giant tortoise are the largest giant tortoises. There were fifteen subspecies that developed over time through adaption to different habitats. Five subspecies of them became extinct during the last 300 years. The Galapagos islands are named after the Spanish word “galápago”, meaning tortoise. 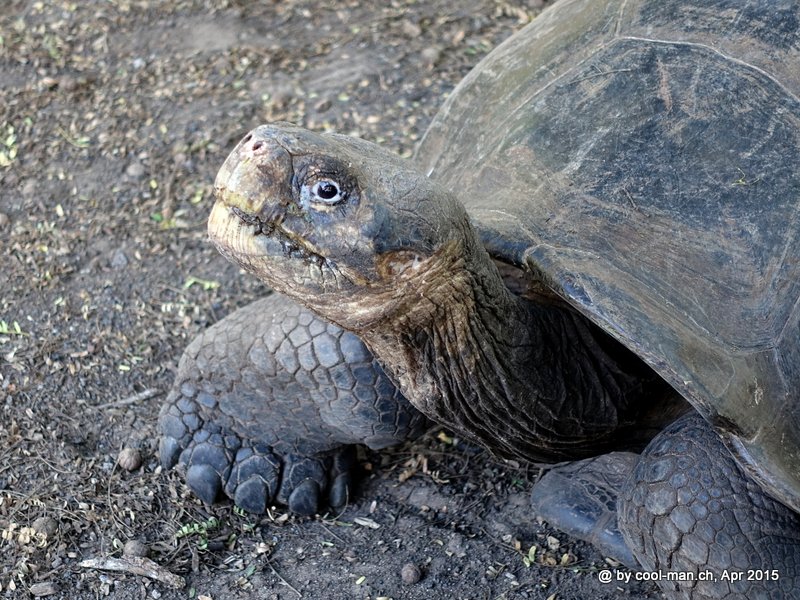 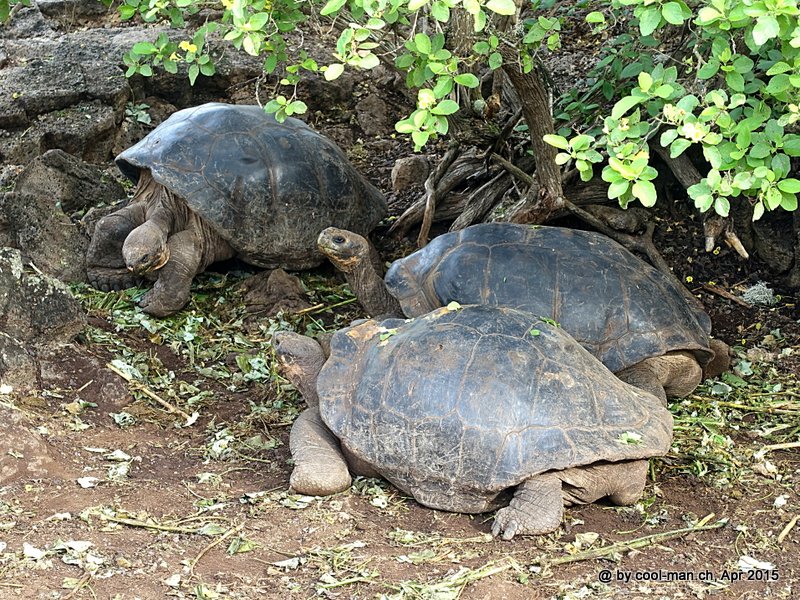 After this overwhelming experience I flew via Quito to Phoenix, Arizona, where I will visit several national and state parks in one month on my way to Salt Lake City.