With the local ferry I traveled from Hangnaameedhoo to the next island Omadhoo. Also this island is only a few hundred meters long and wide. I lived right next to this mosque. 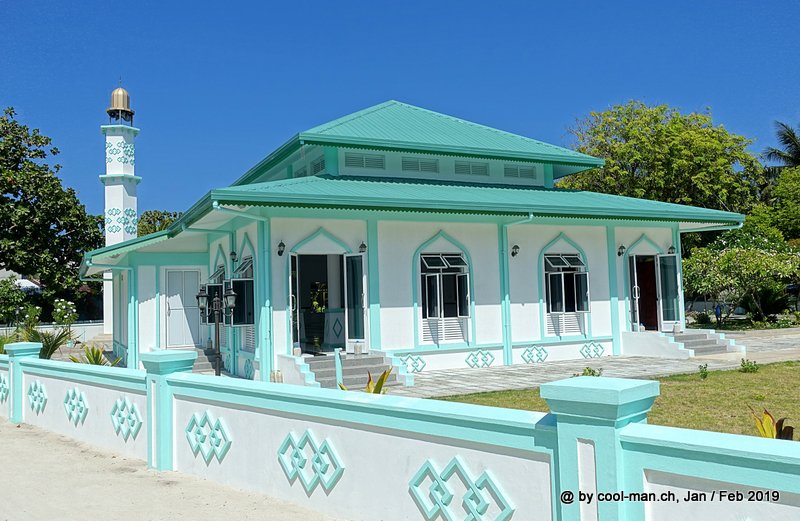 These two women agreed that I would photograph them. I am sure they smiled. 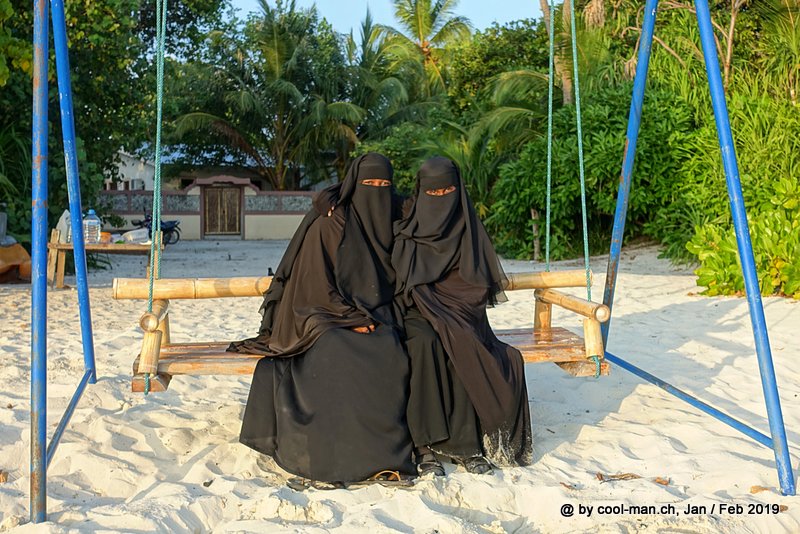 The gray-heron is widespread on the Maldives.

At night countless stars sparkled in the sky. But I couldn’t see the Milky Way. 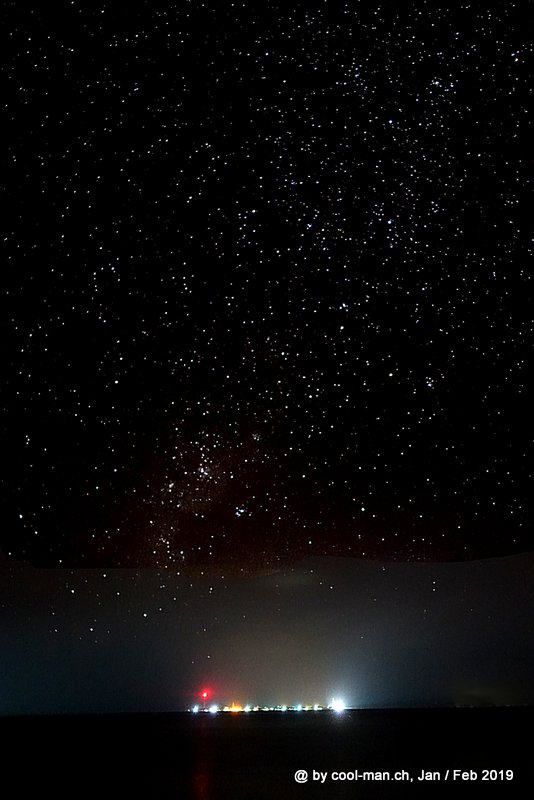 Sometimes I could smell burnt plastic on the bikini beach. On the other hand, Omadhoo offered the reef with the most diverse fauna of my Maldives trip.

So far I only saw this up to 70 cm long Orange-Fin-Emperor at this reef. 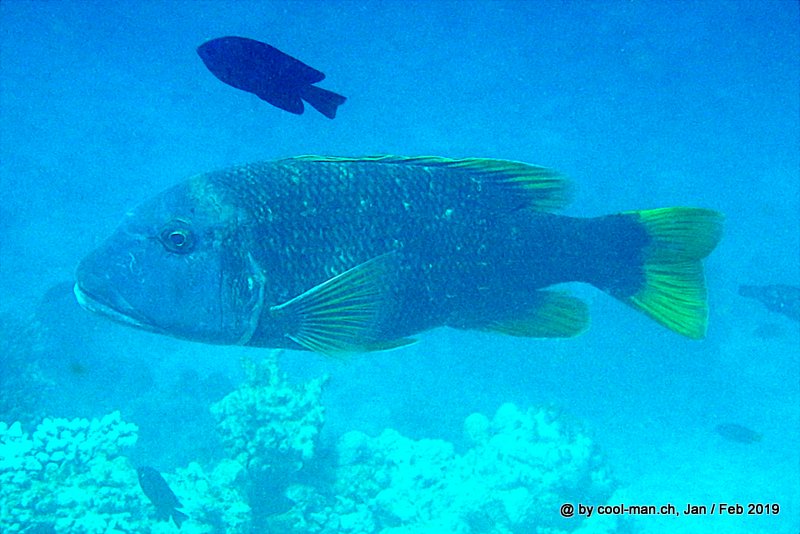 A two-spot red snapper. Only the young fish have two spots and they can be almost white despite of their name. 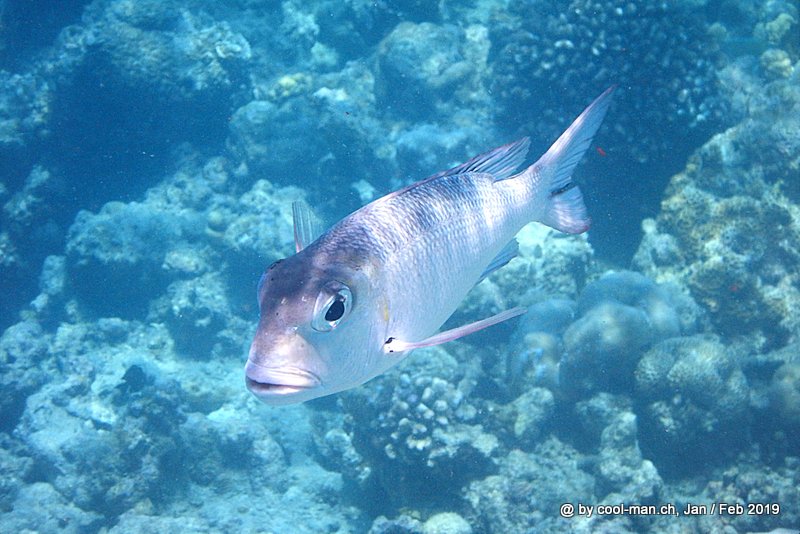 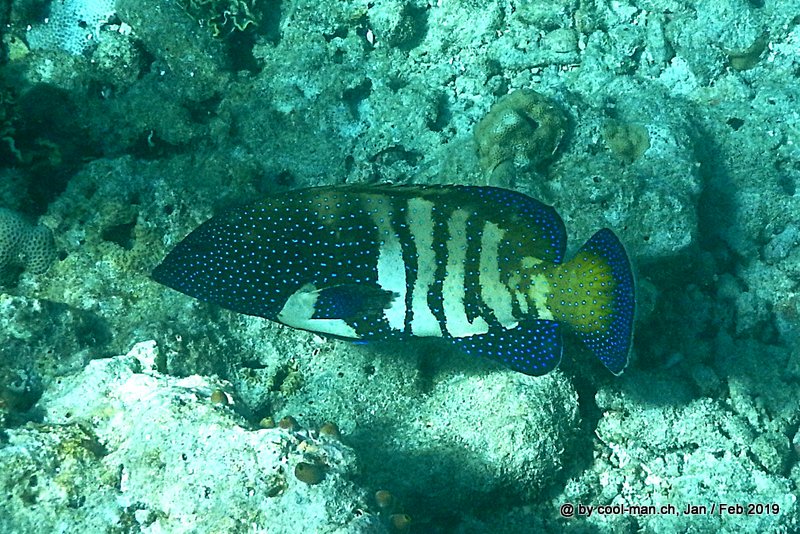 A female of a Spotted Unicornfish 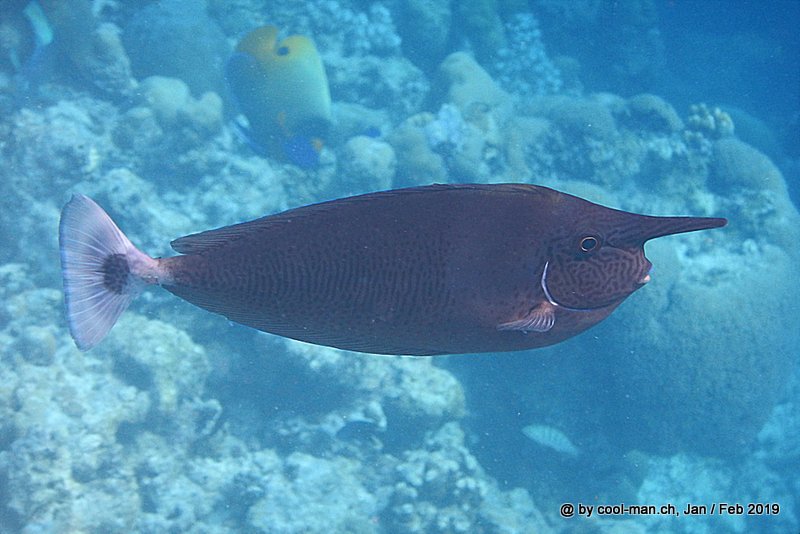 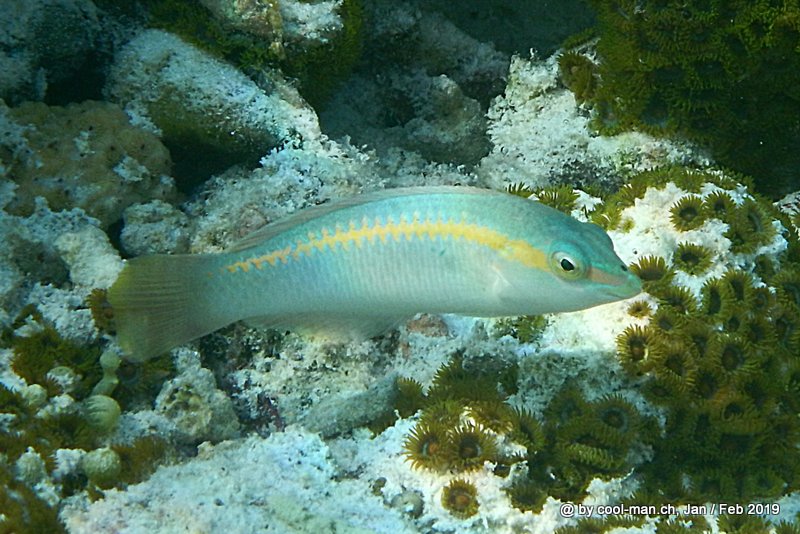 The only sea snake I saw on my journey in the Maldives was also in this reef. 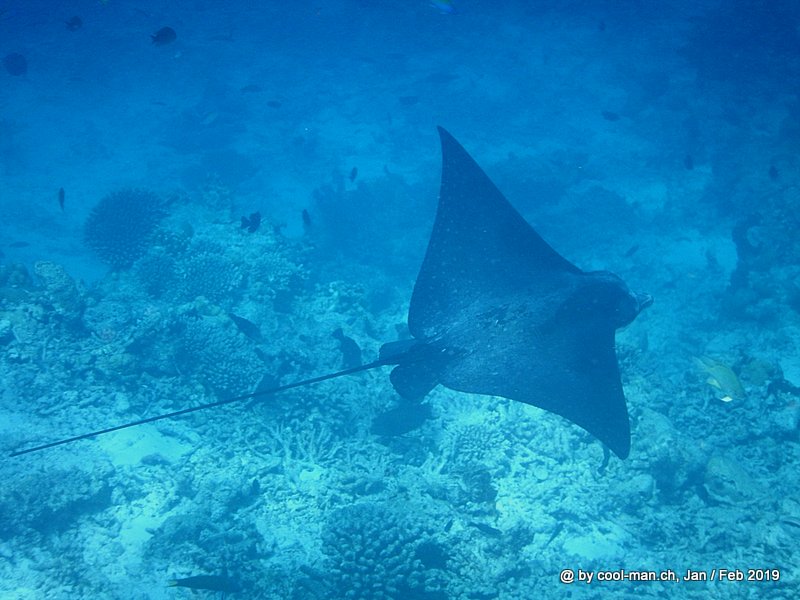 This group was surprised to see me and immediately swam away. 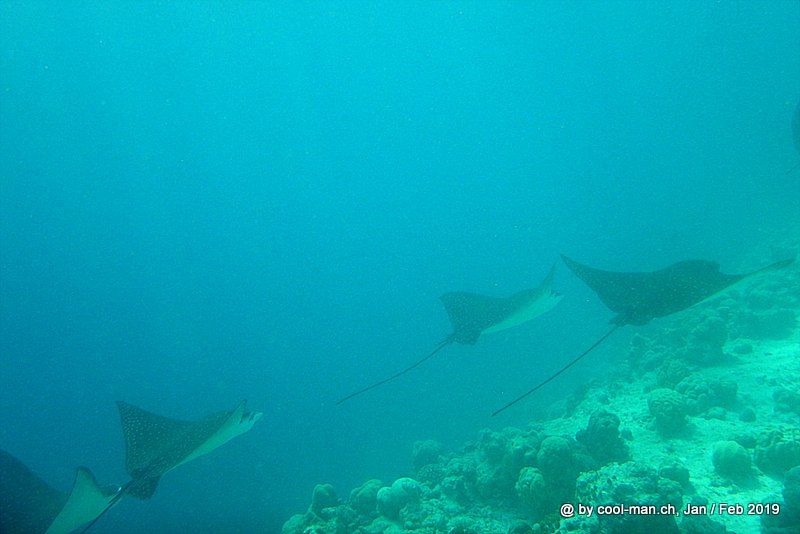 I also saw this Great Barracuda only in this reef.

I took these pictures at night when these crabs are active. In case of danger they hide in their caves dug in the sand or run away as fast as they can.

The eyes are very flexible, as the next two pictures show. 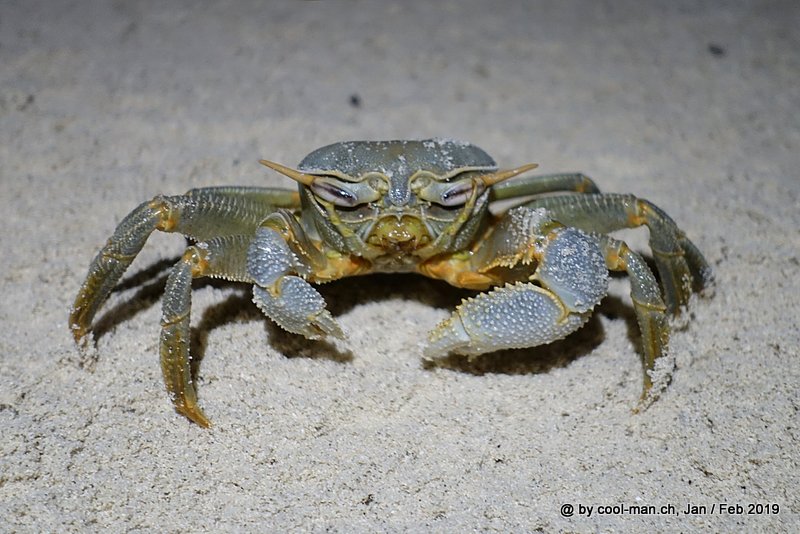 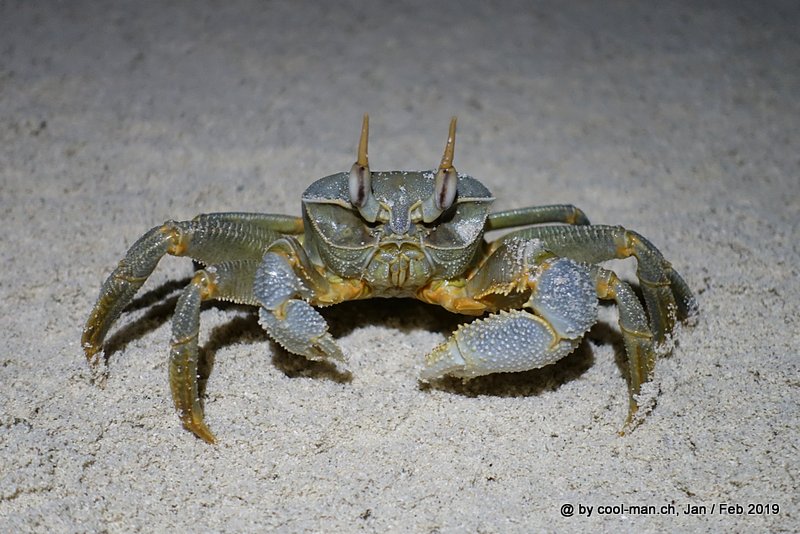 Dhigurah is a very touristic island where there are multi-storey resorts. Some more are under construction. This is no coincidence, as the more than 2 km long beach runs along the whole island and ends as a sandbank. In the evening the visitors can experience beautiful sunsets. At the village it smells of sewage at the beach, but only a little away from the village the sea is clear. On this island the outer end of the reef is more than 1 km away from the beach in the sea, so that it cannot be reached. But along the beach there are coral reefs where you can find many species of fish, lobsters, rays and sea turtles. Sometimes the visibility was limited under water.

Boat trips can only be booked from your own resort. When I asked in other resorts I was referred to my resort. So there is no competition among the providers who can keep the prices high. 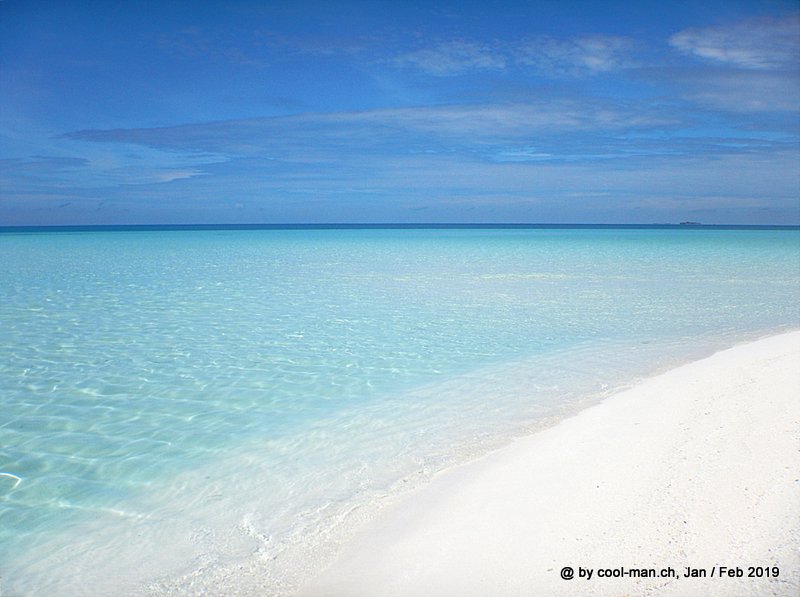 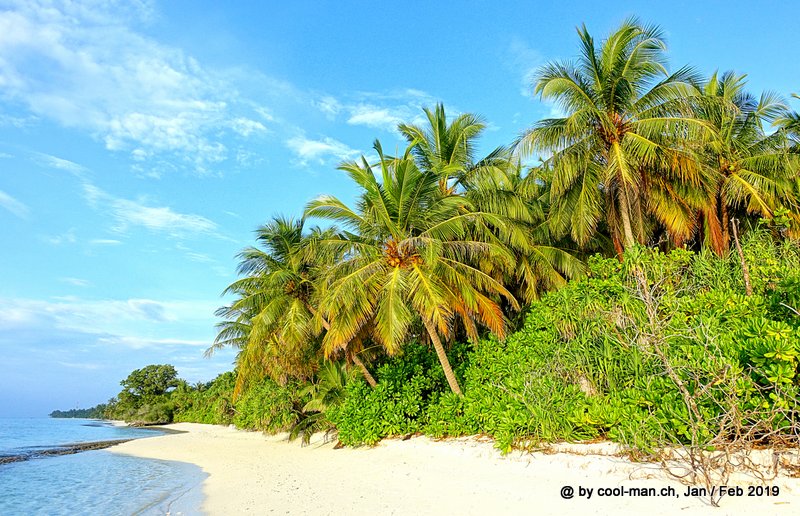 Palm trees in the light of the setting sun 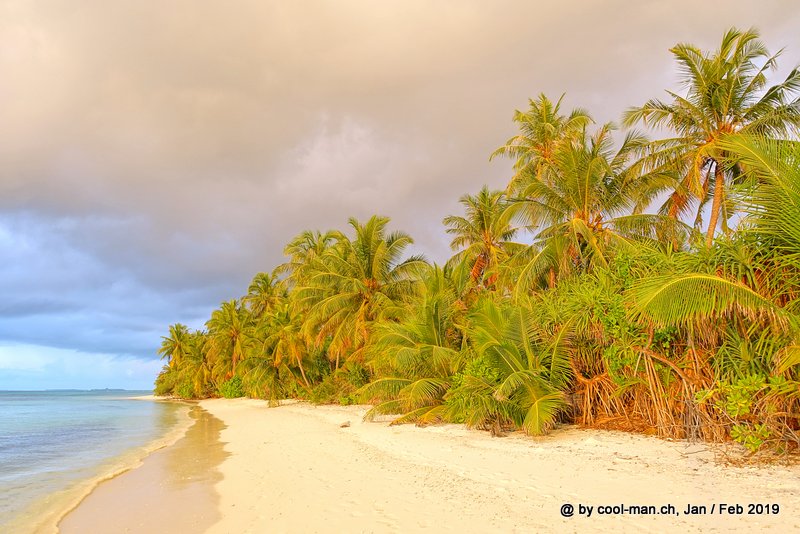 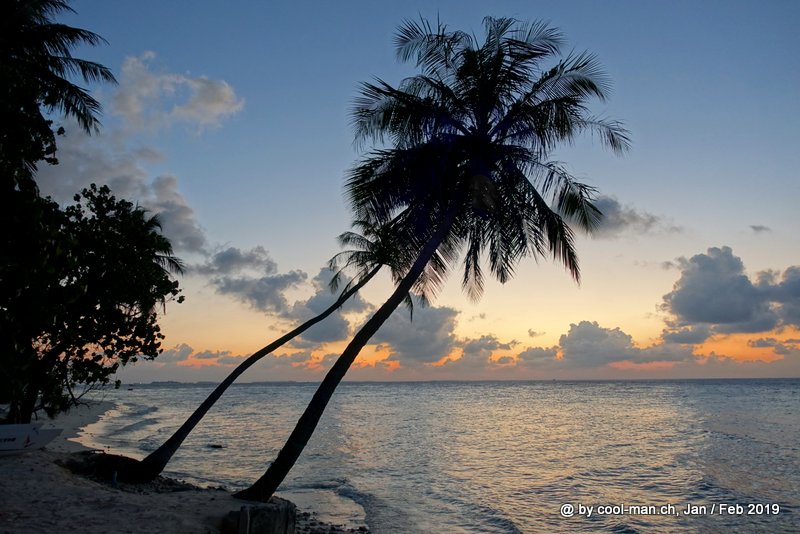 I saw turtles almost every day. This is a Hawksbill sea turtle.

Details of a coral 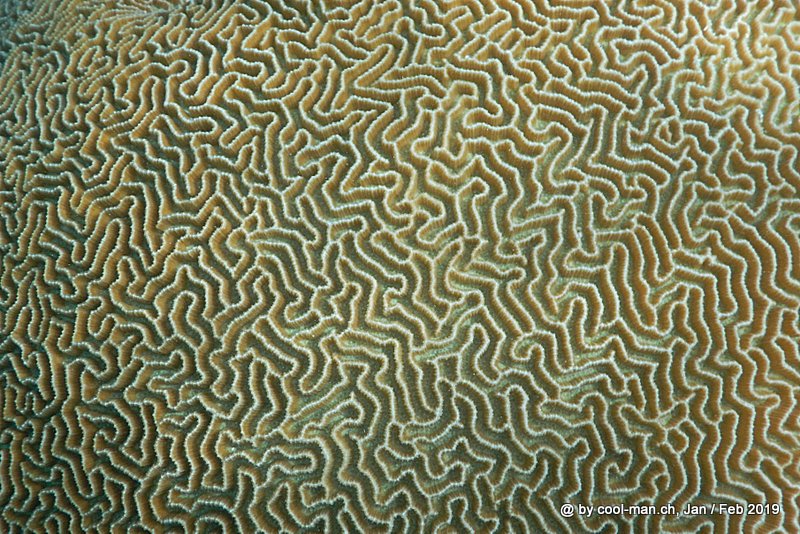 Another Peacock Rock Cod, one of the most beautiful fish in the reef 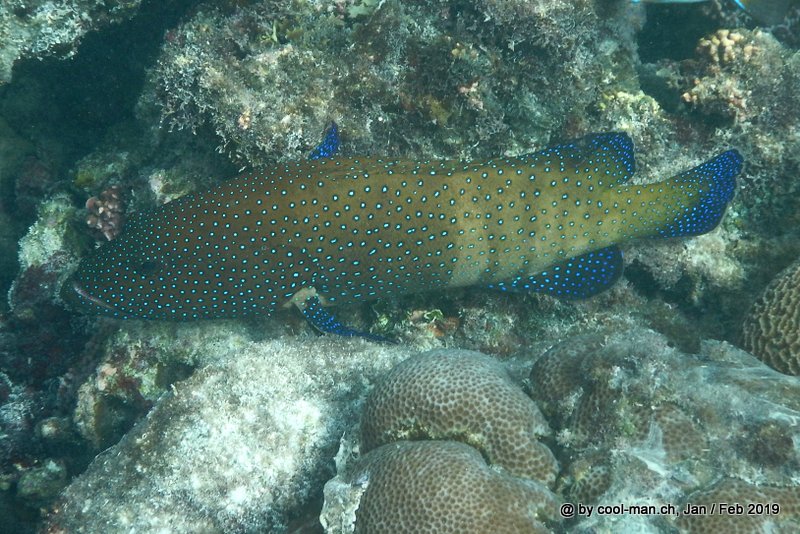 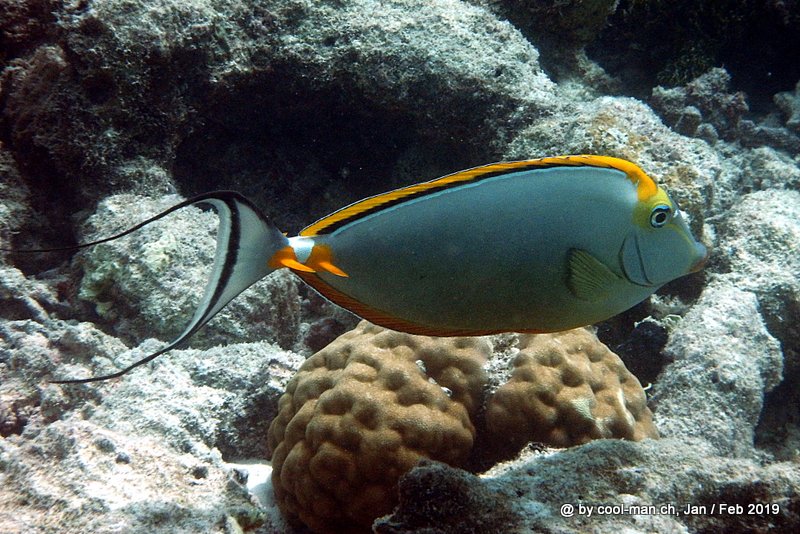 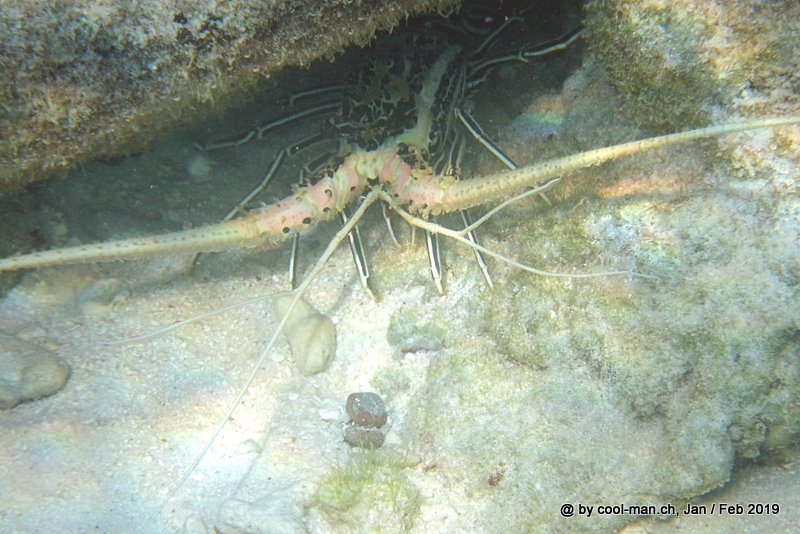 At night, the hermit crabs roamed the beach

There was a long narrow forest on the island (which also housed the rubbish dump). Here I found interesting spiders, which were about 5 cm wide with their legs. 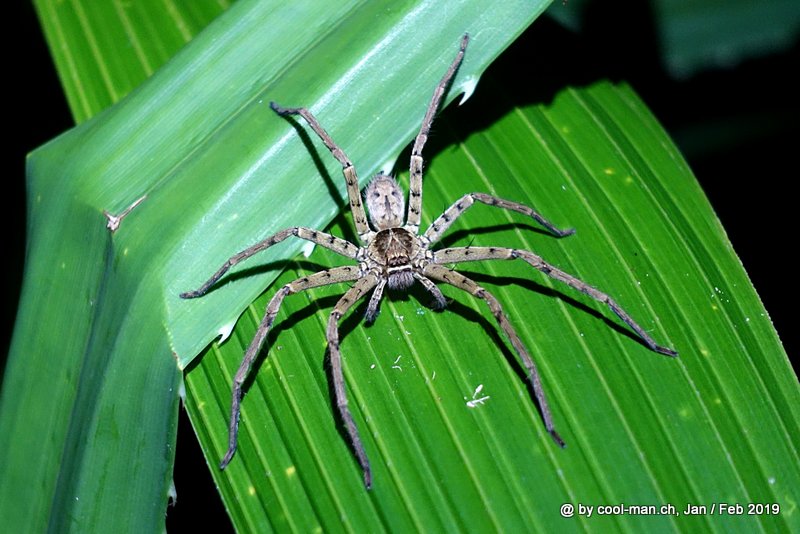 There was a crab species in the forest that I had never seen on the beach. The crab in the first photo was probably younger, because its head shell had a higher white content than the one of the crab in the second photo. 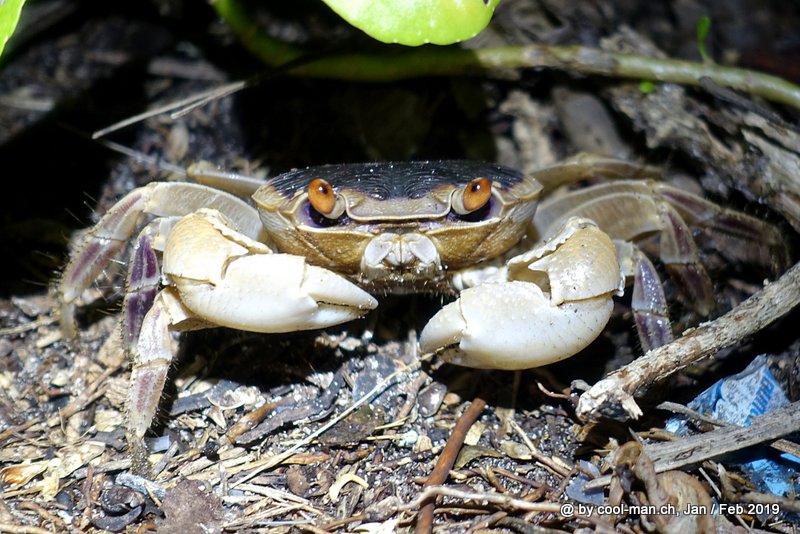 With the local ferry I traveled further to the island Mandhoo. Since there was no direct connection between these two islands, a ferry change in Mahibadhoo was necessary.

This website describes a part of my one month Maldives trip to the North and South Ari Atolls (also called Alif Alif and Alif Dhaal Atolls). You can find the beginning of the report of this trip here. At the end of the website a link leads to the next islands.