After crossing the border from Peru to Bolivia the situation improved a little. Soon we came to the village Copacabana, which was situated at a bay at the Titicaca lake and gave the name to the famous beach in Rio de Janeiro. Directly at the village one could climb a hill from which one had a great panorama on the lake and the village.

The Bolivian town of Copacabana on Lake Titicaca. The name of the famous beach in Rio de Janeiro comes from here. 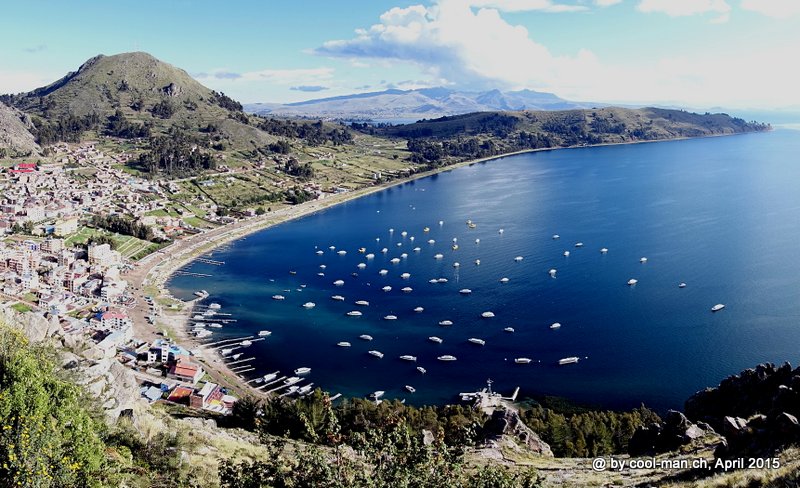 Excited Bolivian tourists wanted to take a group photo with me. 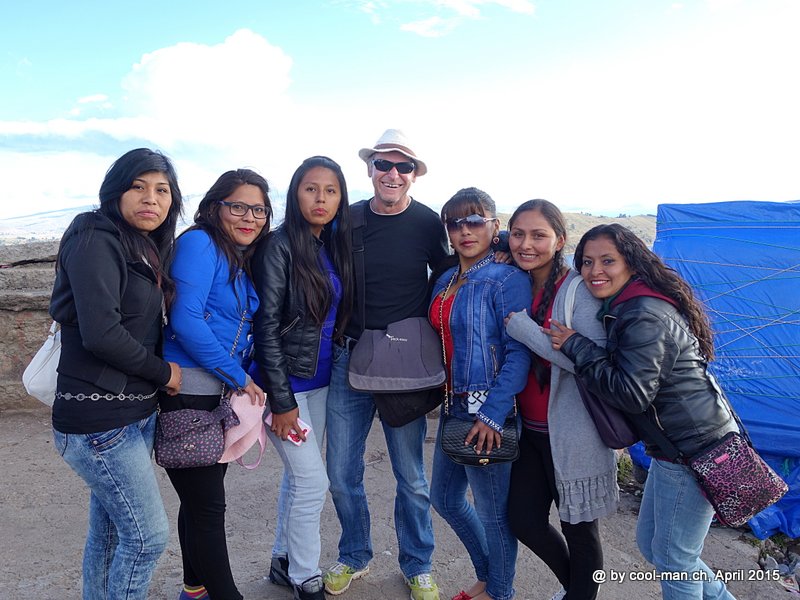 Actually I wanted to visit the sun island (Isla del Sol), where the legend says that the sun god, the highest god of the Incas, was born. Unfortunately it rained each morning on both days at my disposal, so that I renounced the visit and instead drove one day earlier to La Paz, the biggest city in Bolivia.

La Paz is a lively city with markets worth seeing, countless impressive squares and a Franciscan monastery steeped in history.

National Museum of Ethnography and Folklore

The National Museum of Ethnography and Folklore had interesting exhibits 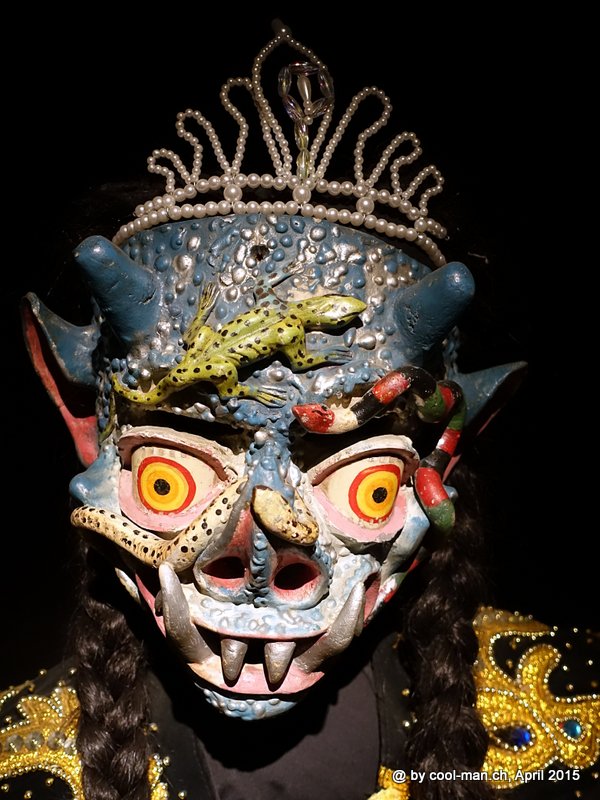 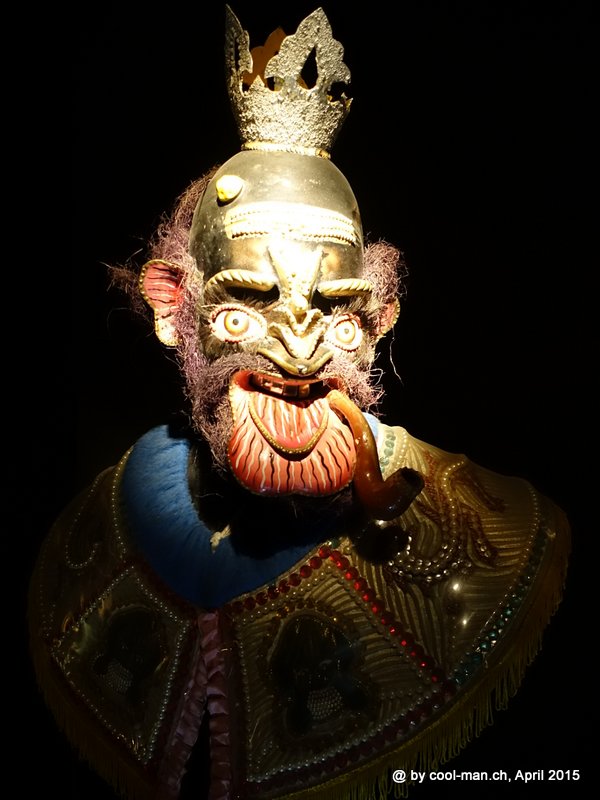 A road in the hilly town of La Paz 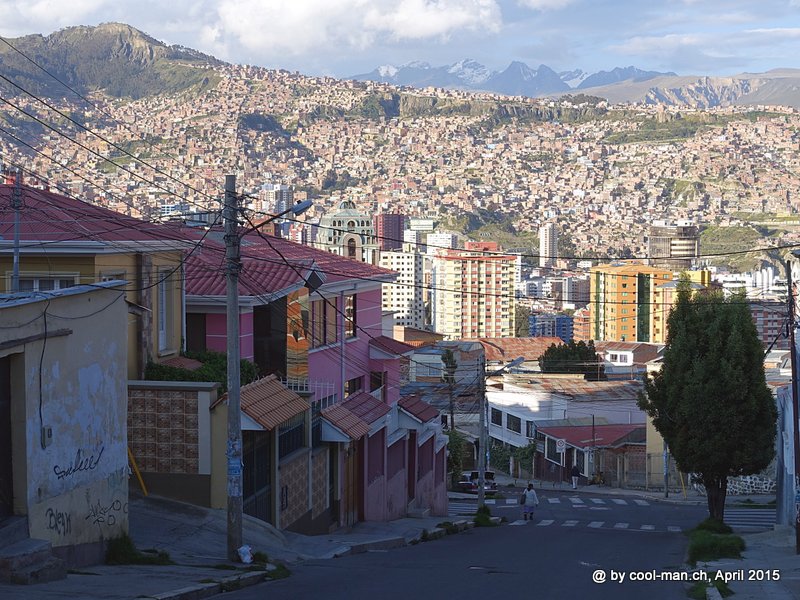 Since the city stretches over a few hills and traffic often moves very slowly, it made sense to connect the districts with a few aerial cableways built by a Swiss-Austrian company. 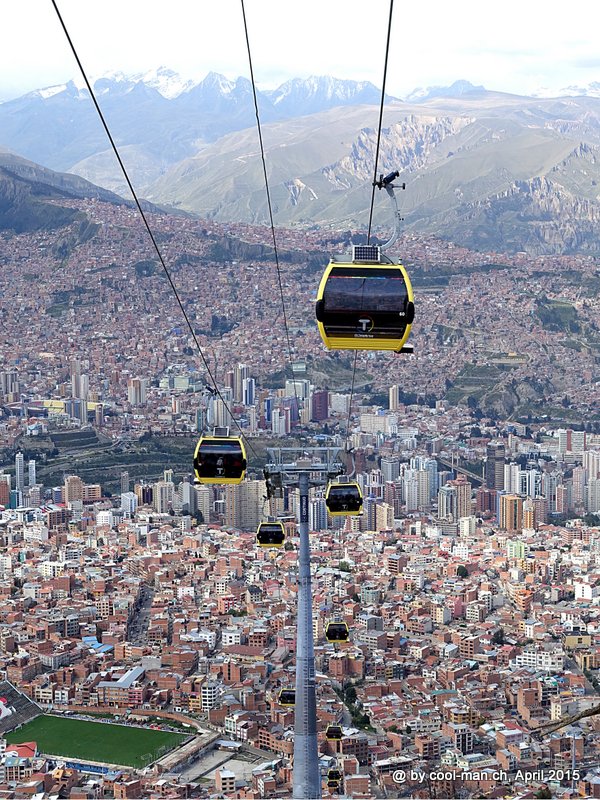 For me it was the means of transport of first choice. It was a special feeling to float over people’s houses.

Of course I also visited the best restaurant of the city, which occupies the 32nd place in South America. The “Gustu” was founded by Claus Meyer, who caused a sensation with his restaurant “Noma” in Copenhagen. For me it was the best restaurant in South America, even ahead of the praised restaurants in Lima. All the products came from Bolivia, even the wine, which wasn’t so bad. One goal of the restaurant is to educate local people and thus contribute to the development of gastronomy in the poorest Andes country.

The airport of La Paz is located at 4’058 meters above sea level and is therefore the highest international airport in the world. Because of the thin air the runway here is longer than usual.

Afterwards I traveled to Quito, Ecuador, from where I visited the Galapagos Islands.