Coming from Argentina we traveled to Puerto Natales in Chile, which serves as the starting point to Torres del Paine National Park. The following pictures are from the 5-day W-walk. It is so named, because the way on the map resembles the letter W.

The hikes were great experiences with rain, snow, storm winds, tired feet (walking time up to 10 hours a day, when the mountains were visible) and camping at below freezing temperatures. Nevertheless we were very lucky with the weather. Many visitors of the park do not see the highlights Cerro Torre or the Torres del Paine because of bad weather. We have seen everything!

The peak in the background is the Cerro Torre 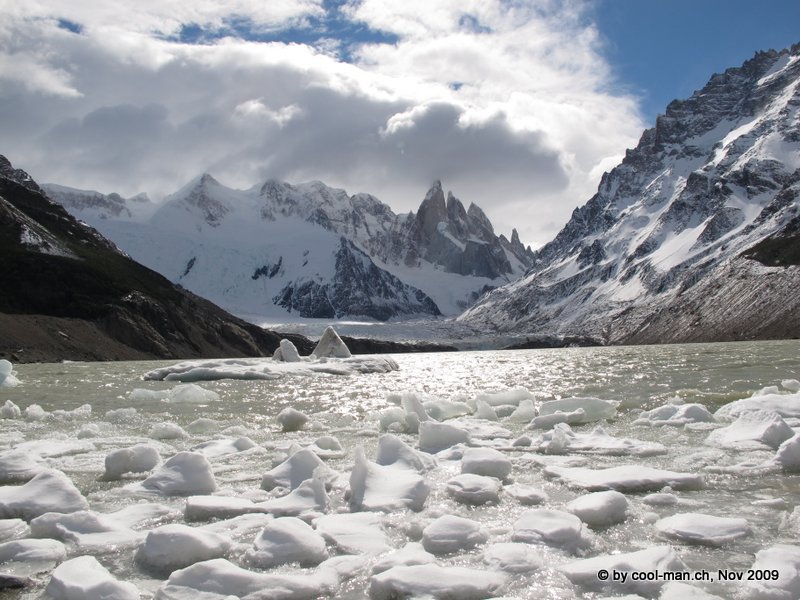 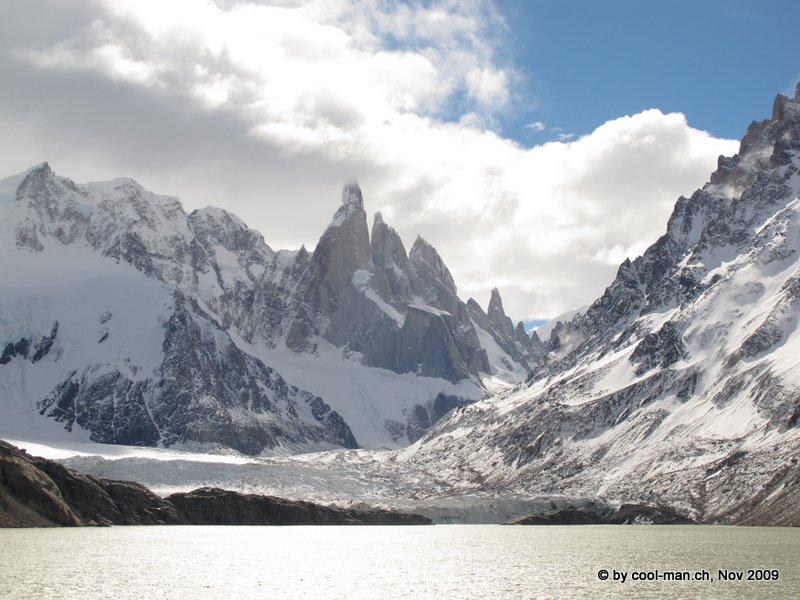 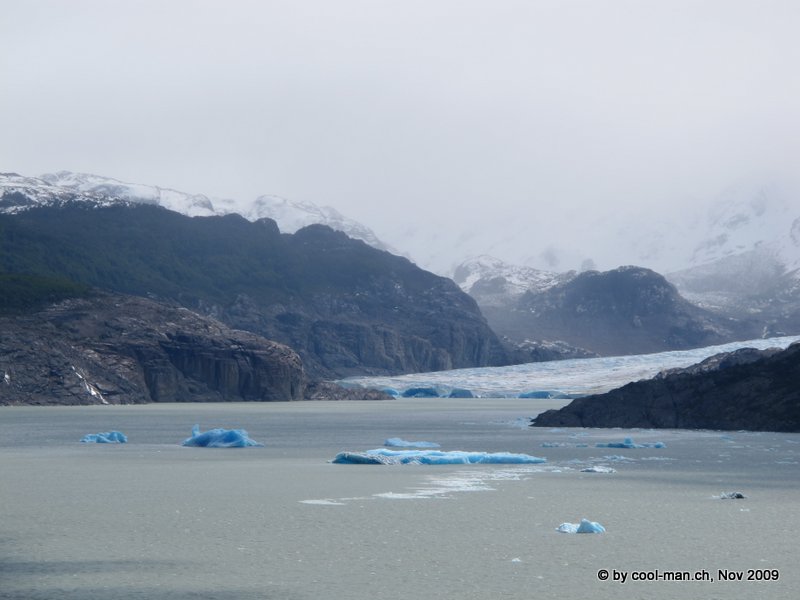 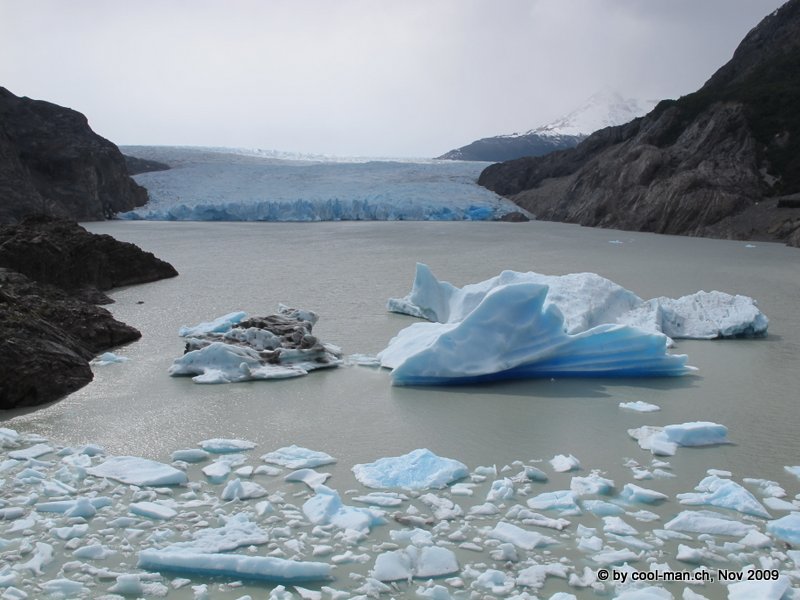 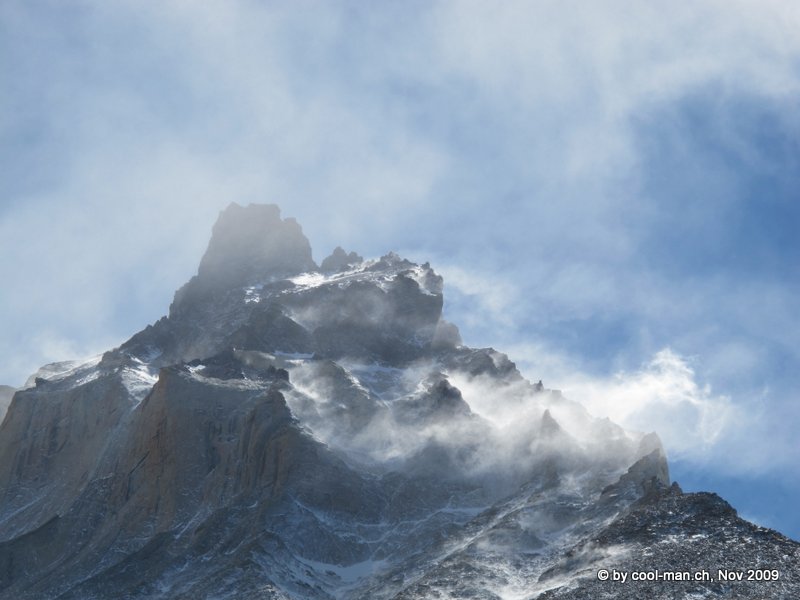 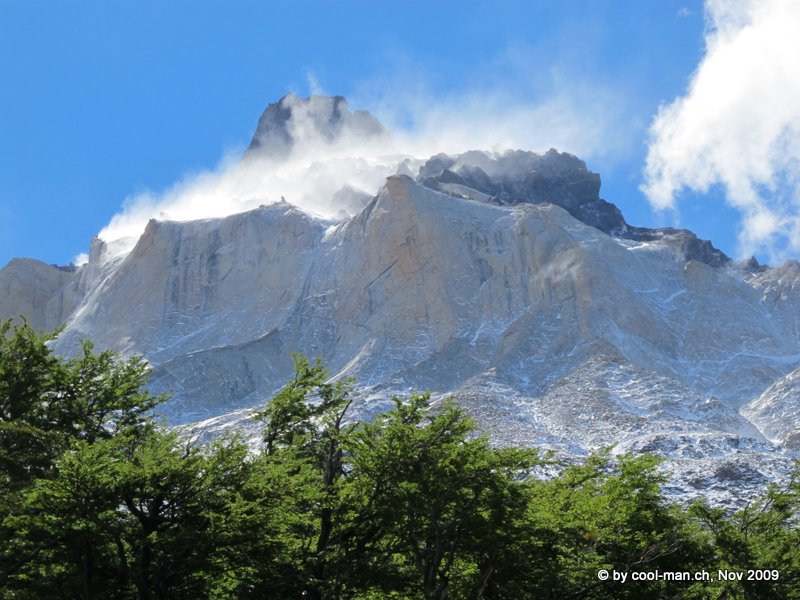 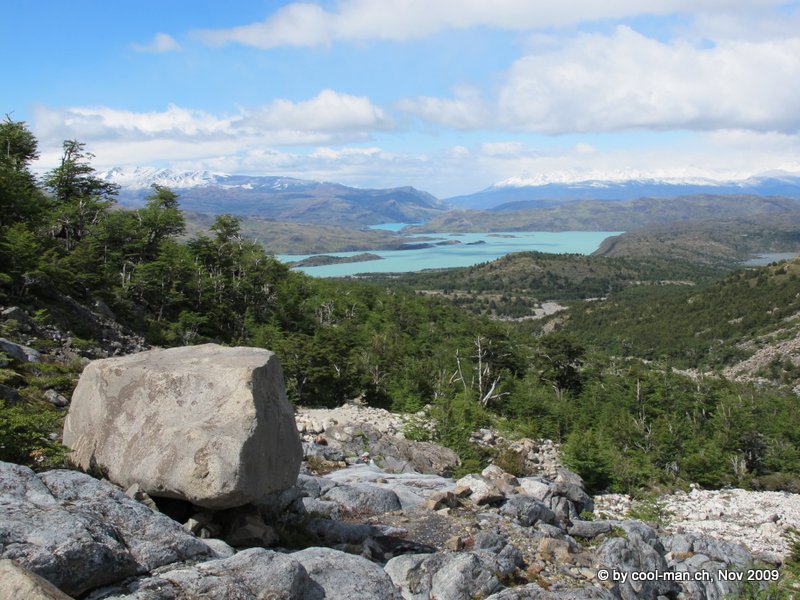 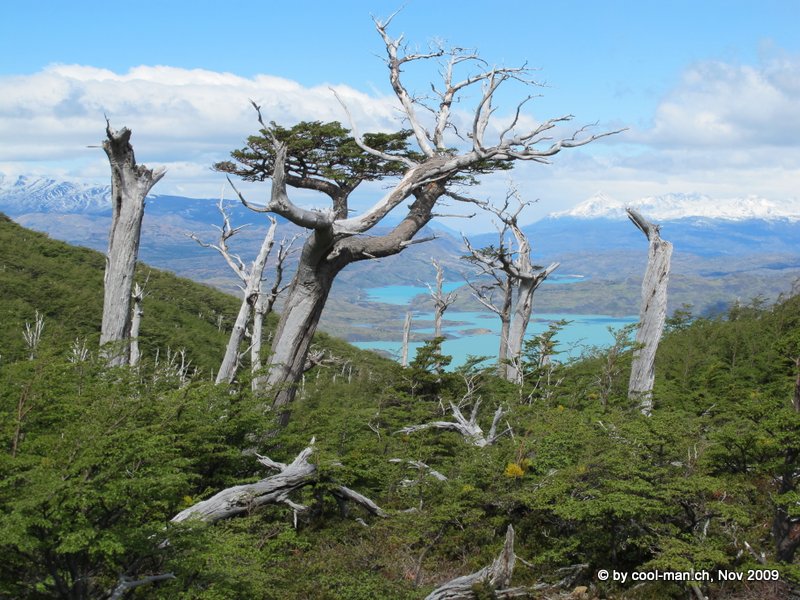 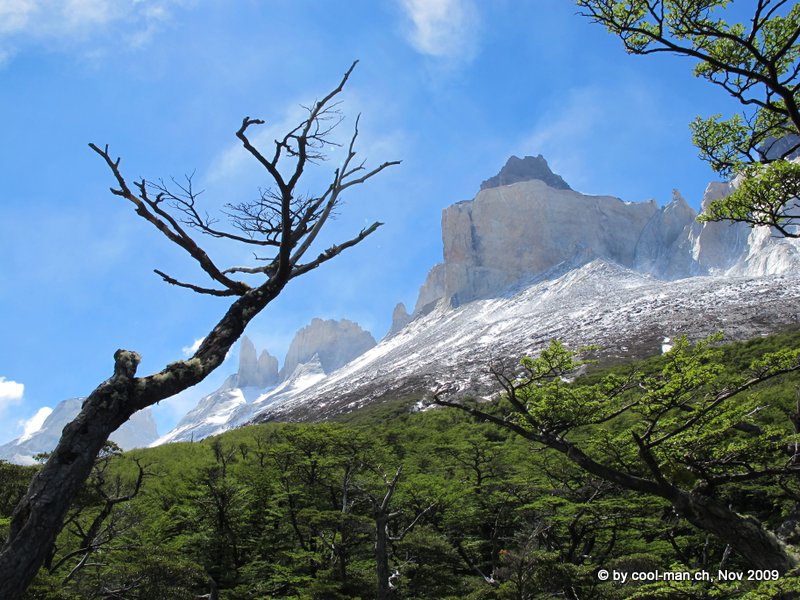 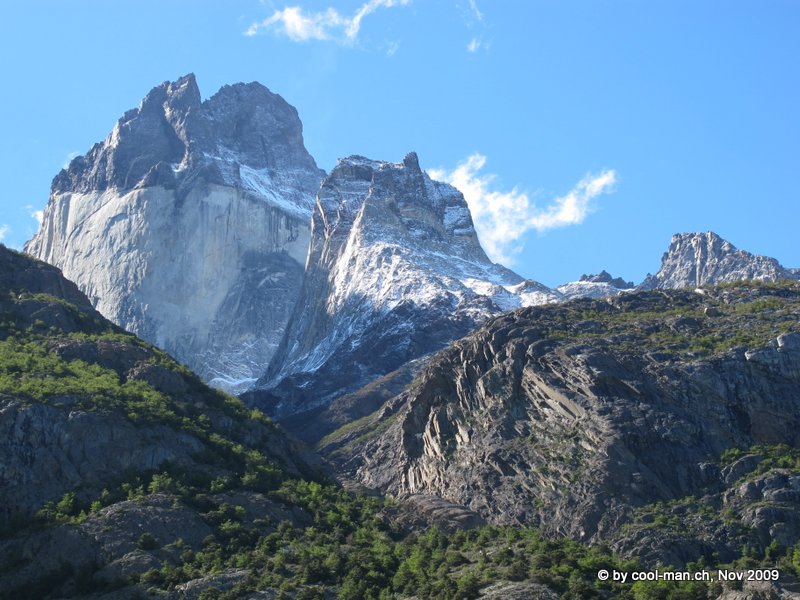 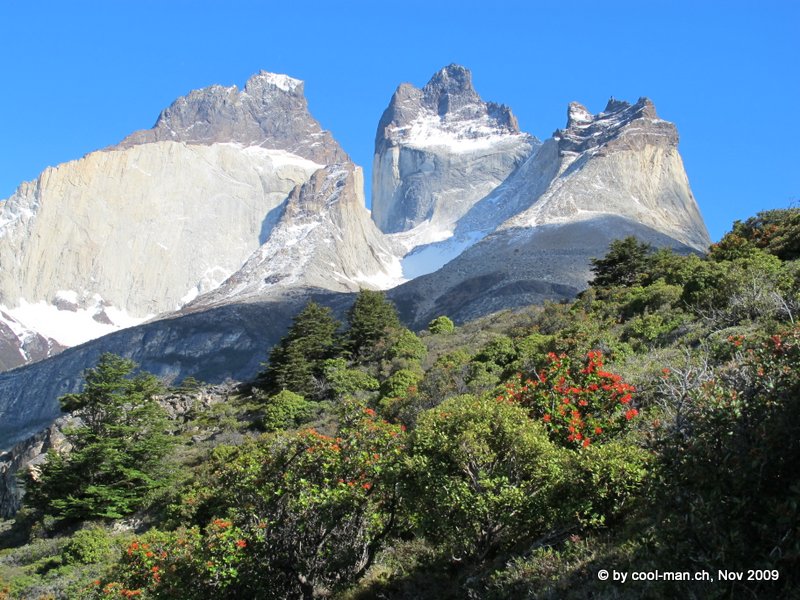 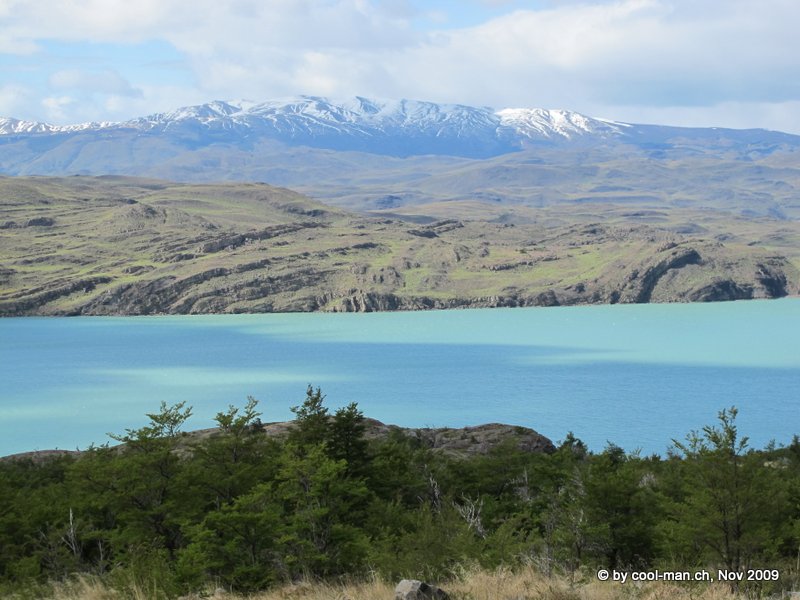 The Torres del Paine that give the park its name 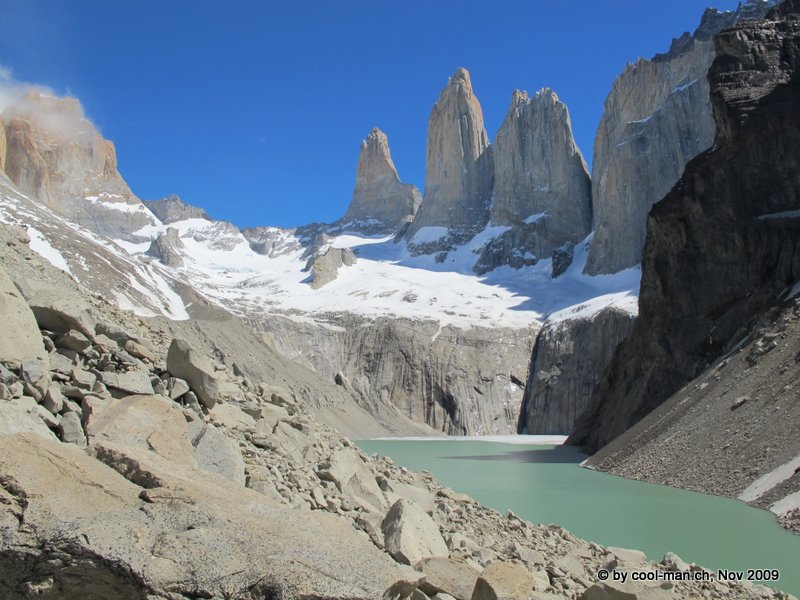 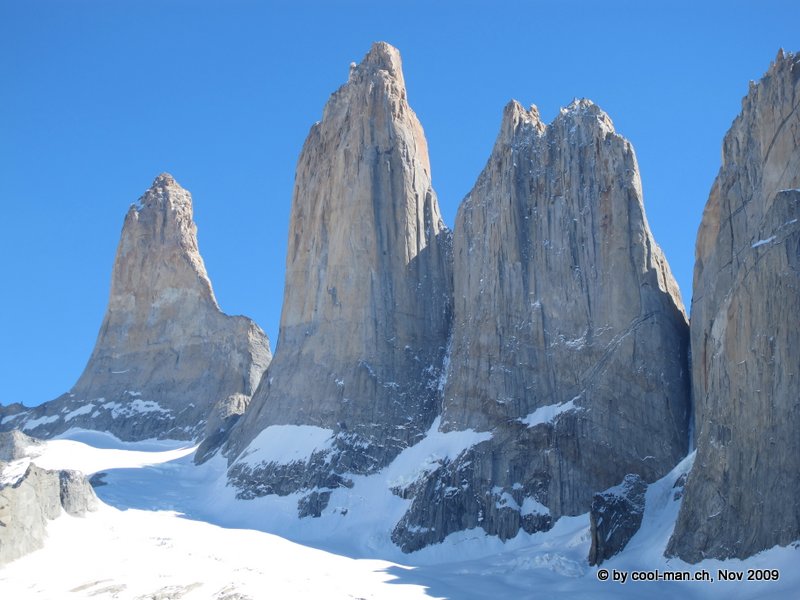 With the Navimag ship from Puerto Natales to Puerto Montt

Afterwards I traveled by ship for 4 days about 1’450 km northwards, between countless islands off the Chilean coast. As usual it was mostly foggy and rainy. It was very attractive to cruise in this weather between the uninhabited islands and mountain ranges (some with glaciers). 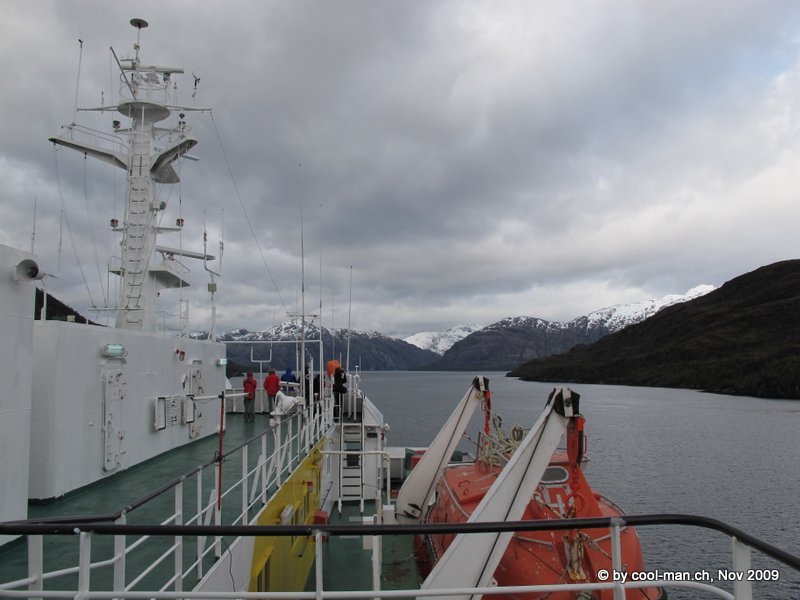 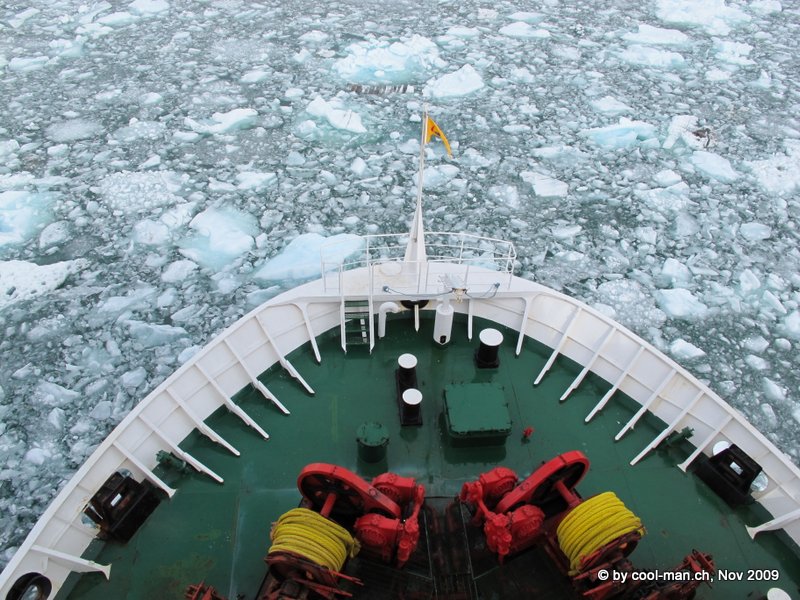 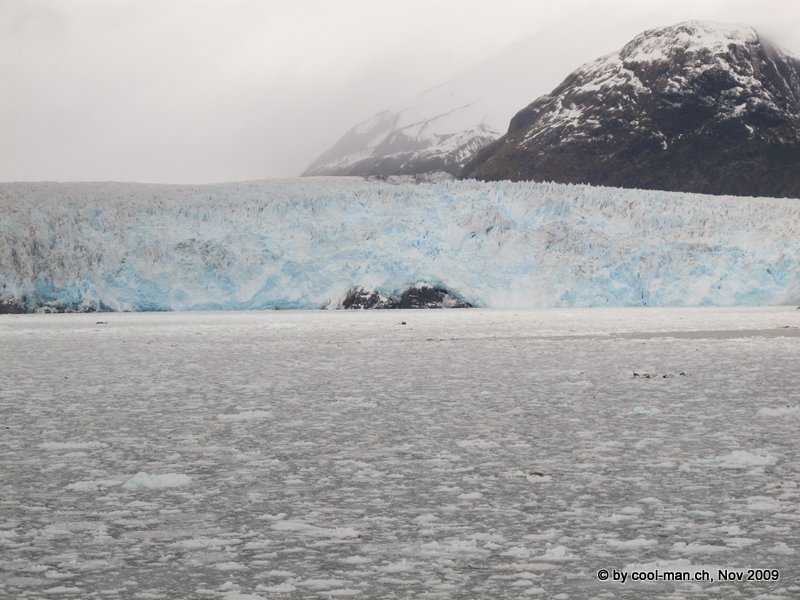 Suddenly a shipwreck appeared, which had run aground on a rock. The captain wanted to sink the ship after he had sold the cargo of sugar. Then he wanted to collect the insurance money. Unfortunately the spot was much too shallow, so it was easy to see that the cargo was no longer on the ship. That cost him his captain’s license and two years in prison. Very bizarre to sail past this 40-year-old wreck.

The Navimag ship in the port of Puerto Montt 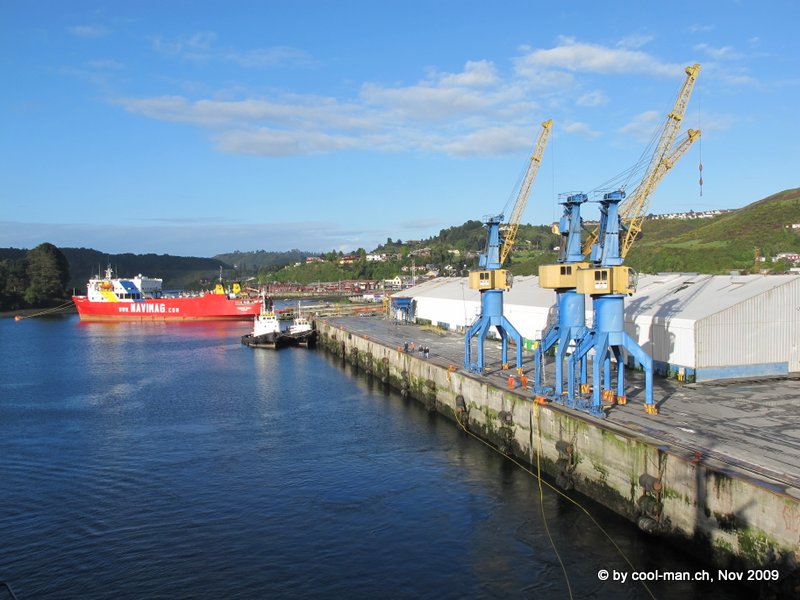 Arrived in Puerto Montt, I traveled on to the nearby island of Chiloe.

Some of the houses were in bad condition 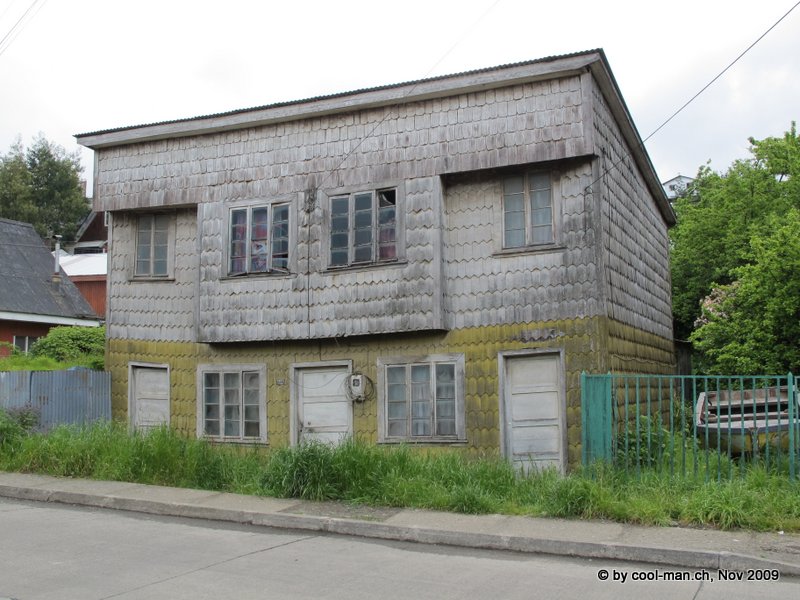 The island is famous for its wooden churches 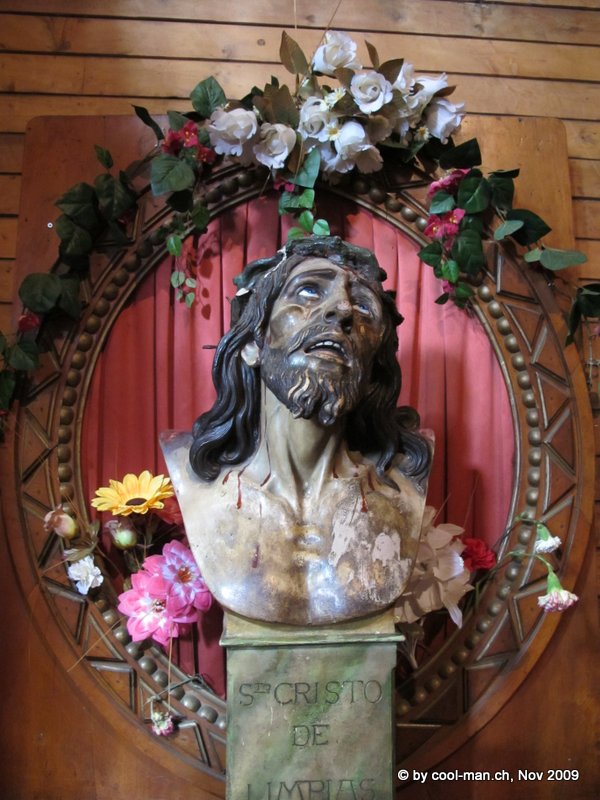 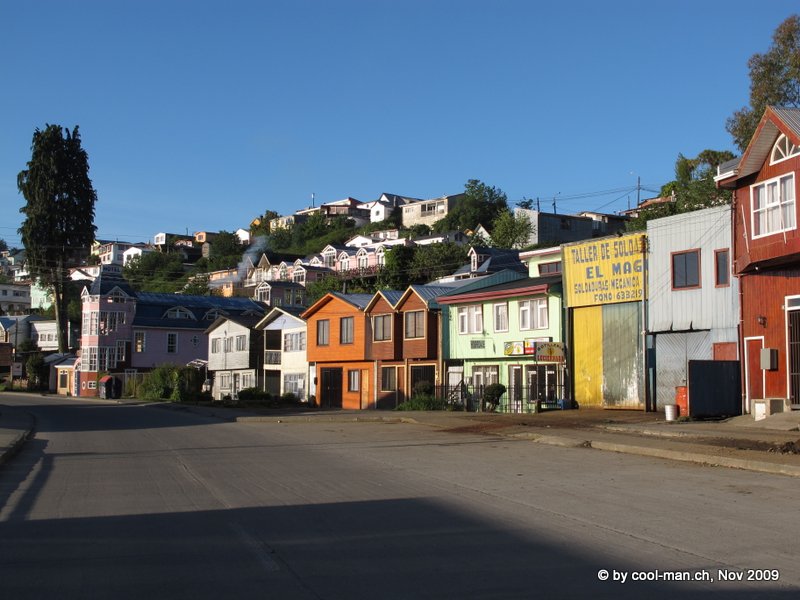 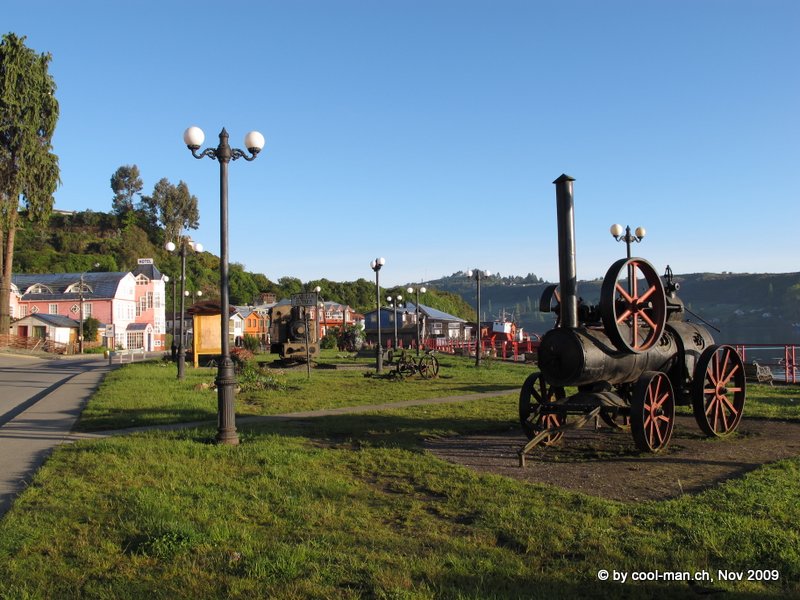 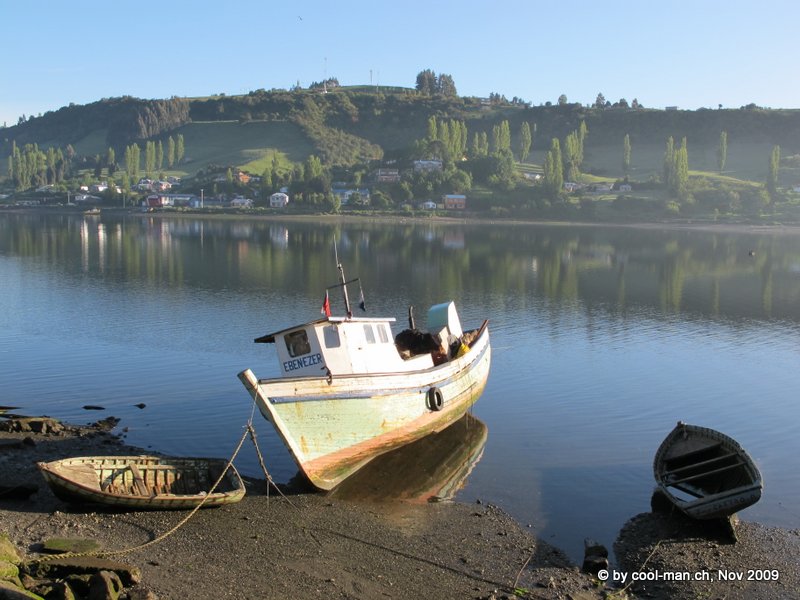 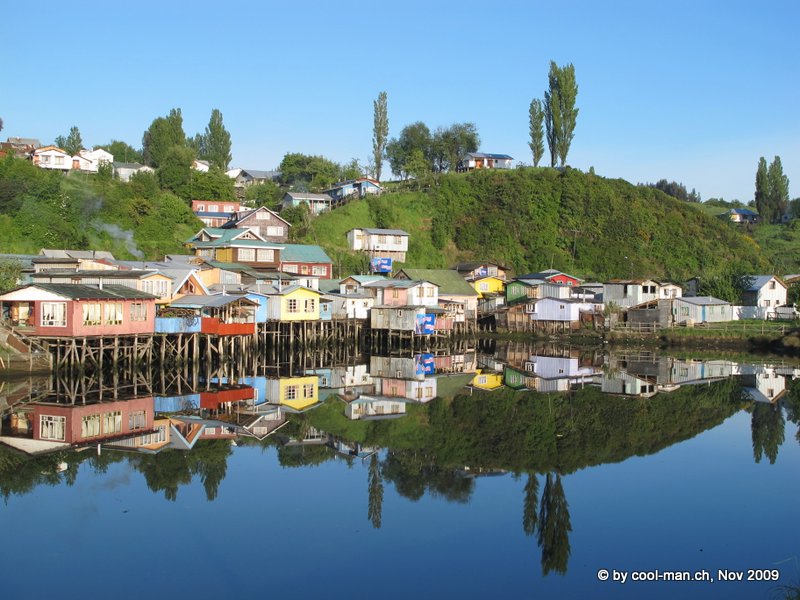 I left the island of Chiloe and traveled on to Puerto Varas, a small town in the Chilean Lake District, where there are several lakes and volcanoes. The area would be wonderful in good weather. Unfortunately it rained all the time. From my room you could have seen the volcano Orsono. It has an almost perfect cone shape and is therefore also called the Fuji of Chile. You notice immediately that mainly Germans immigrated here about 150 years ago. The lady at the reception was proud that she still speaks German in the fifth generation. Here the cars stop for the pedestrians, there is tasty, home-style cooking, cake (including Black Forest cakes) and of course home-brewed beer. A Minimercardo was actually called “Aunt Emma”.

Afterwards I traveled across the Andes to Bariloche in Argentina, then on to the natural paradise Peninsula Valdès and to Buenos Aires.