Since I didn’t have time to write a travel report after my return from Israel, here are the photos with a few short comments.

Church of the Holy Sepulchre

Entrance gate to the Church of the Holy Sepulchre, built on the spot where Jesus was crucified and buried. 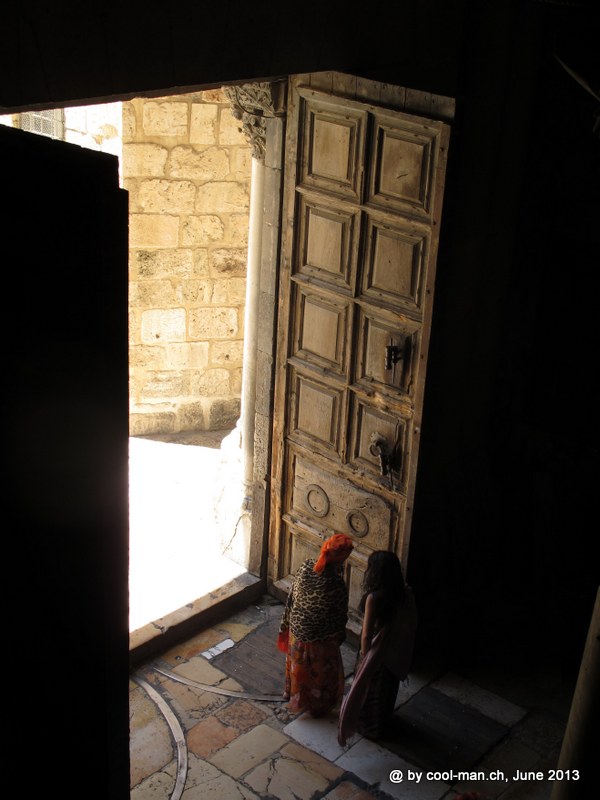 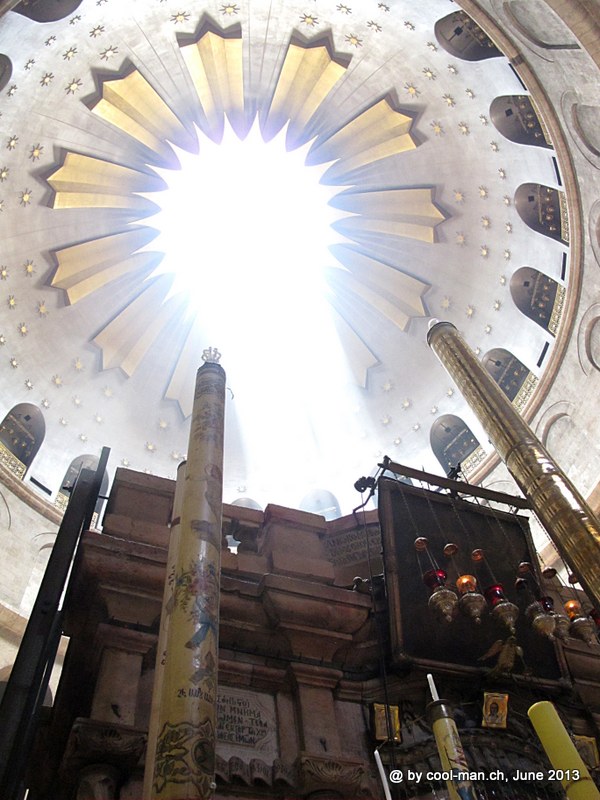 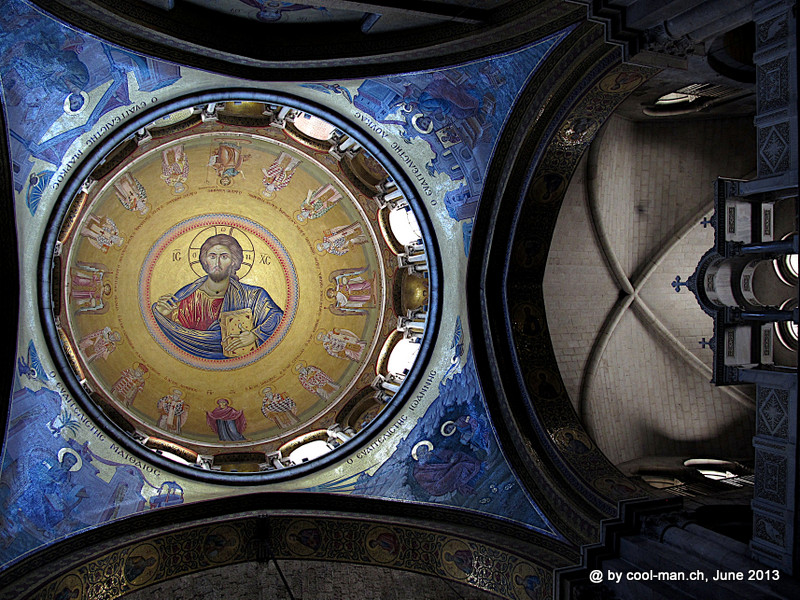 Orthodox women kneel above the holy tomb of Jesus and place icons and other objects on the tomb in the hope that the holiness of the tomb will pass to these objects. Some of these women burst into tears at the grave. 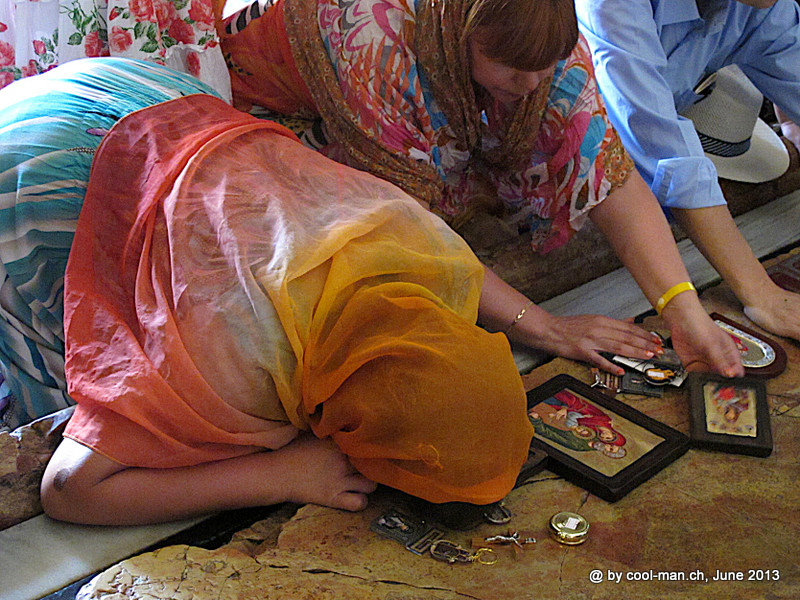 A woman praying in the Church of the Holy Sepulchre 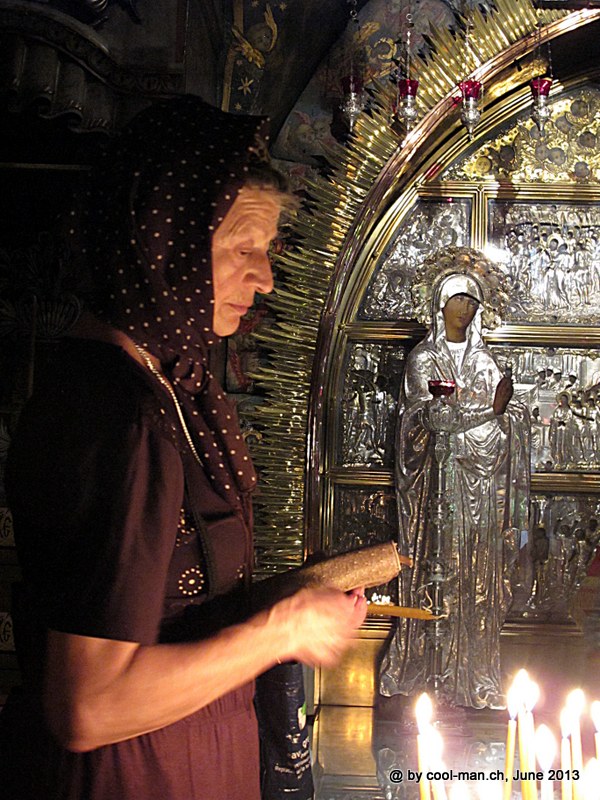 The Gethsemane Church was built on the place where Jesus took the Last Supper with the disciples. Judas betrayed him nearby. 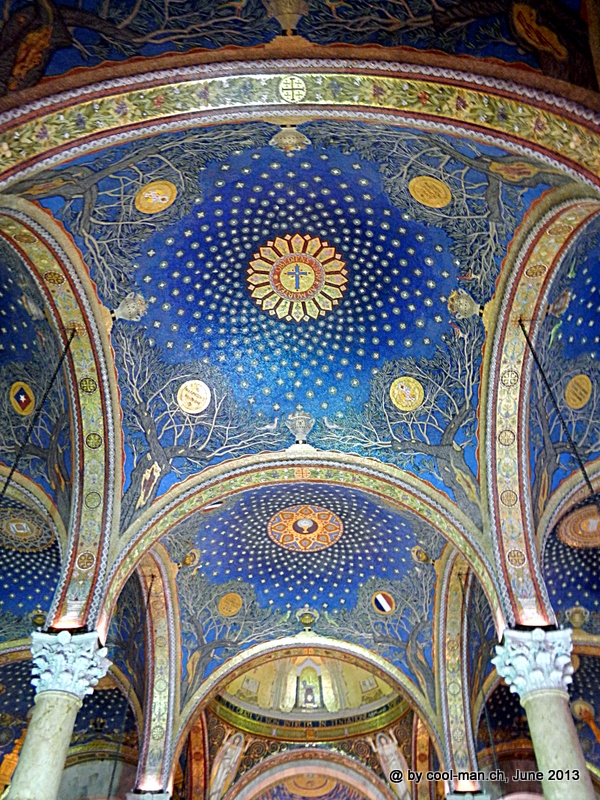 Dome of the Rock

The Dome of the Rock in Jerusalem is the oldest monumental sacred building of Islam and one of the main Islamic shrines. It stands on the Temple Mount. 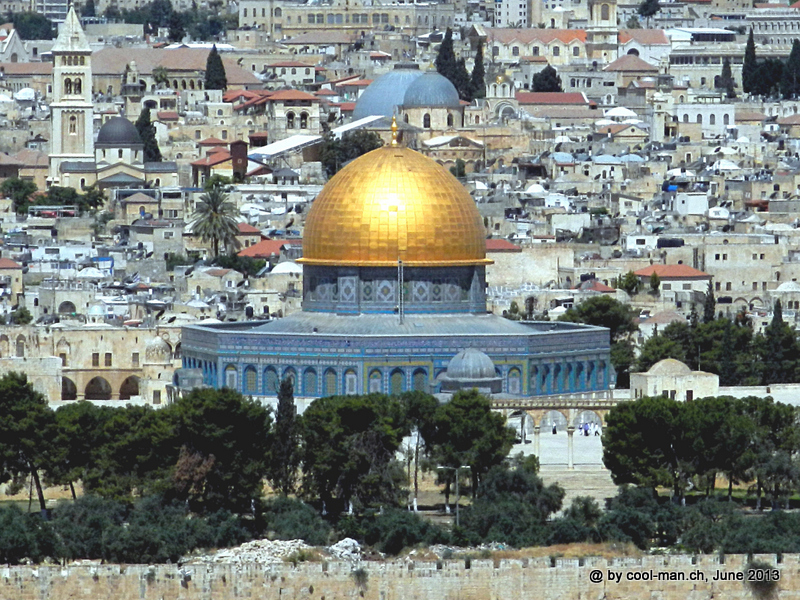 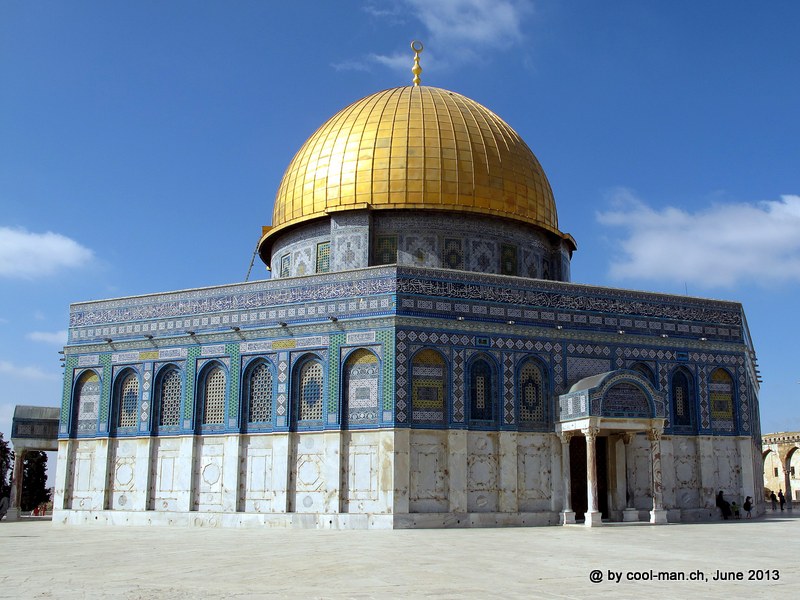 On the Temple Mount 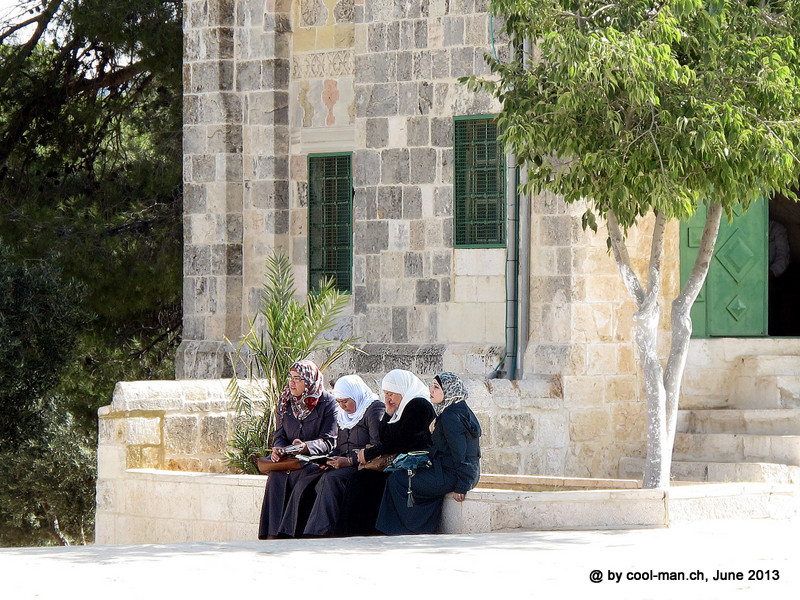 The Western Wall is part of a former largely destroyed temple and now a religious site of Judaism. 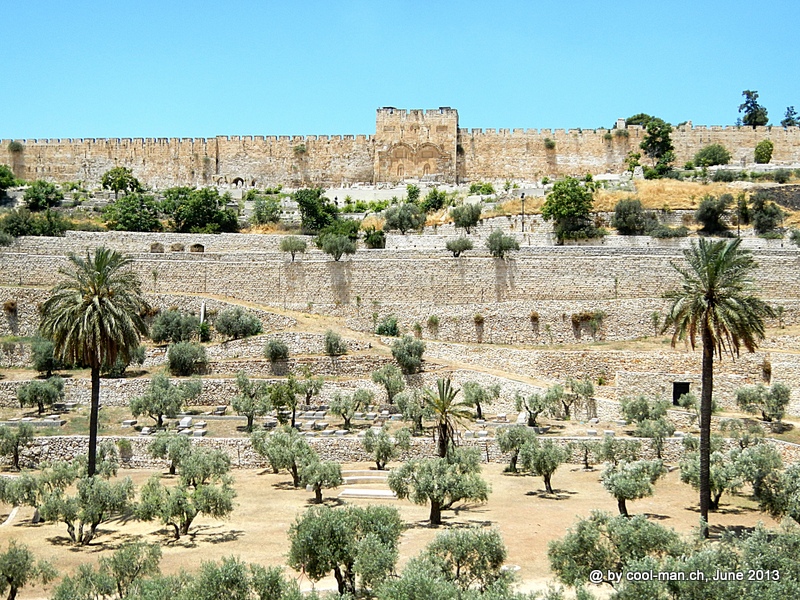 Towers of the Hotel Notre Dame, which has an excellent restaurant.

This museum houses the world’s most comprehensive collection on the archaeology of the Holy Land and Jewish art and customs. Here I show only a small part of the many exhibits. 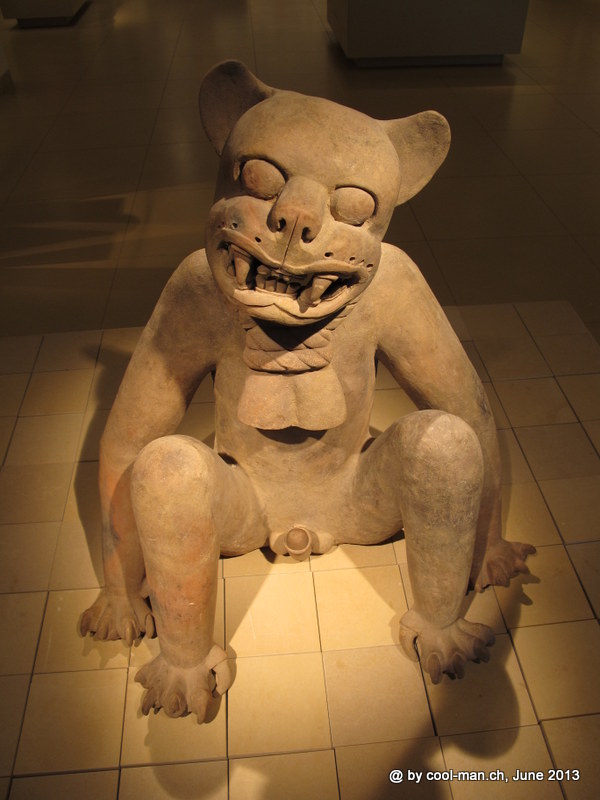 The coffin of Herod 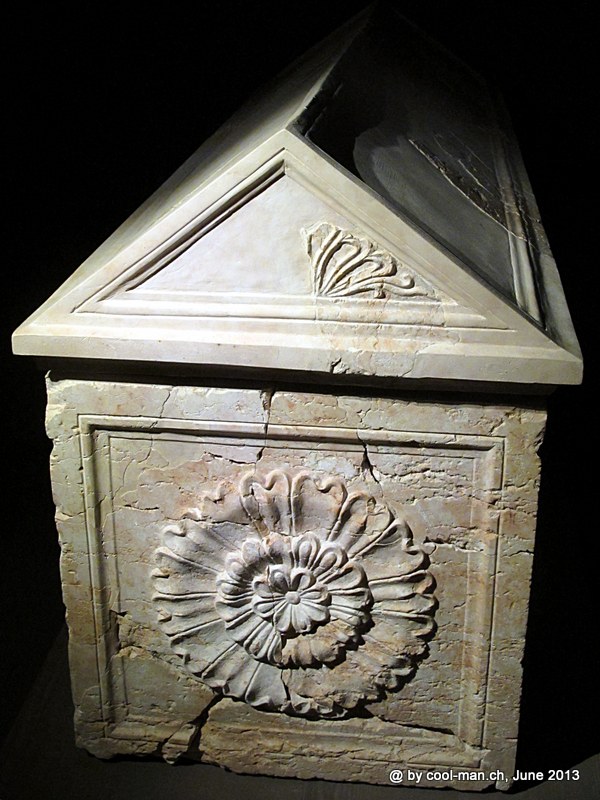 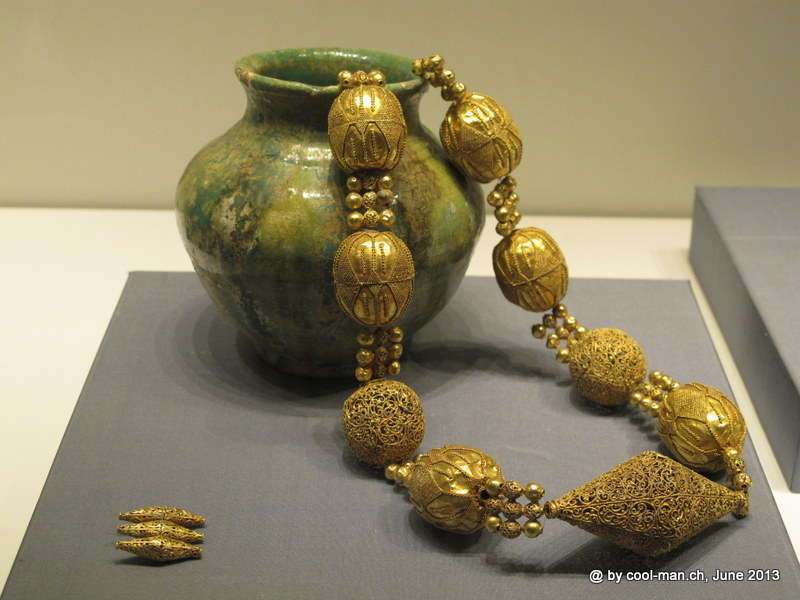 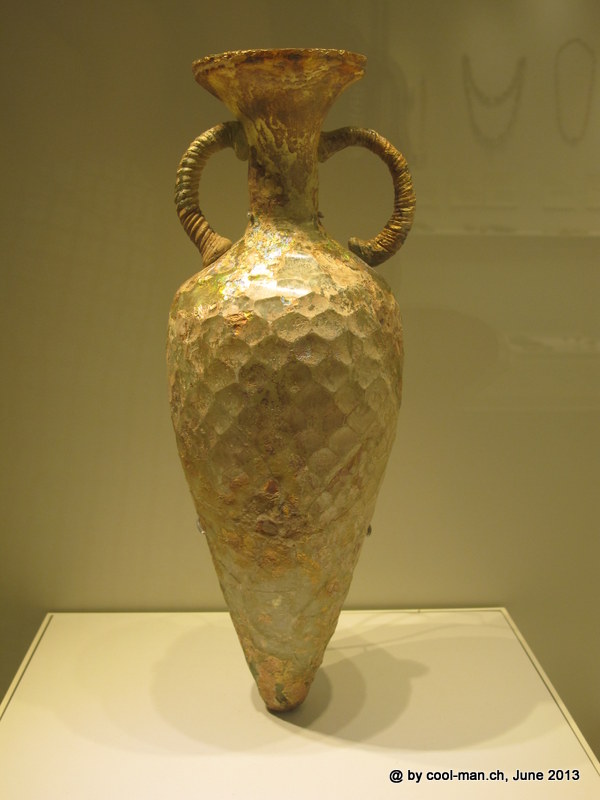 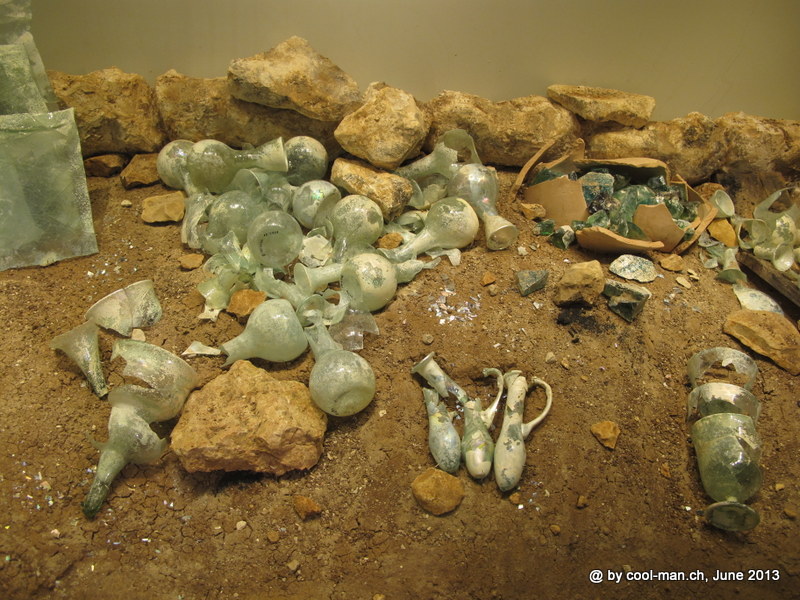 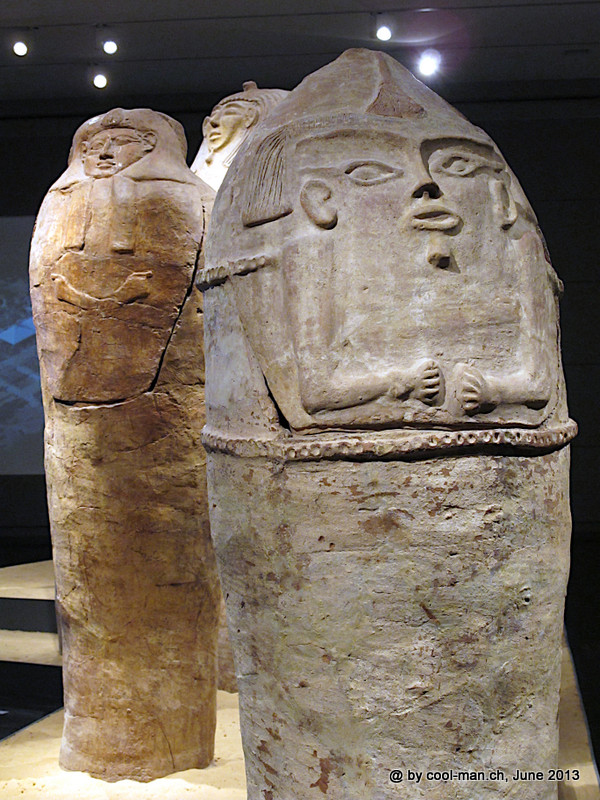 Austrian Hospice of the Holy Family

There is a pilgrims’ hostel of the Catholic Church of Austria in the old town of Jerusalem, which was opened in 1863. Of course I ordered a Wiener Schnitzel with an Austrian beer. 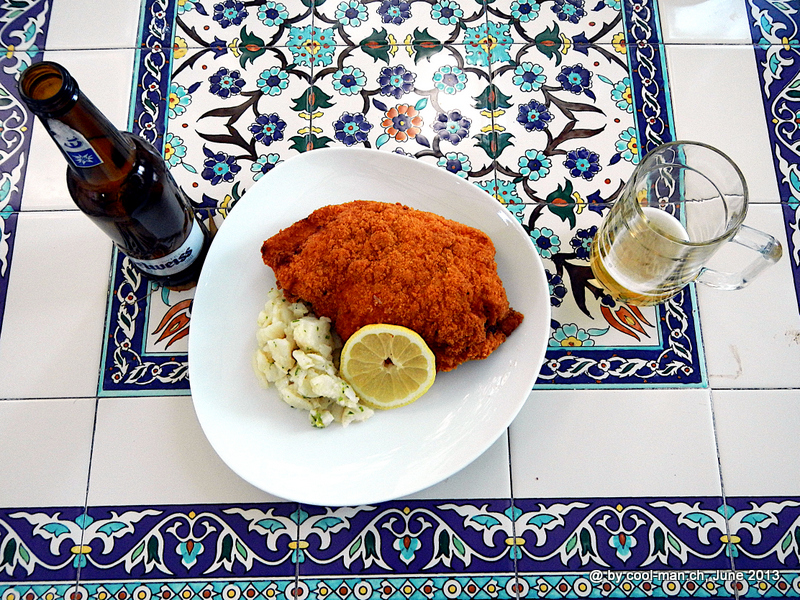 The shop window shows that women can wear both traditional and liberal dresses in public.

Church of the Nativity in Bethlehem

The place where Jesus was born in a grotto. The Church of the Nativity was built above it. 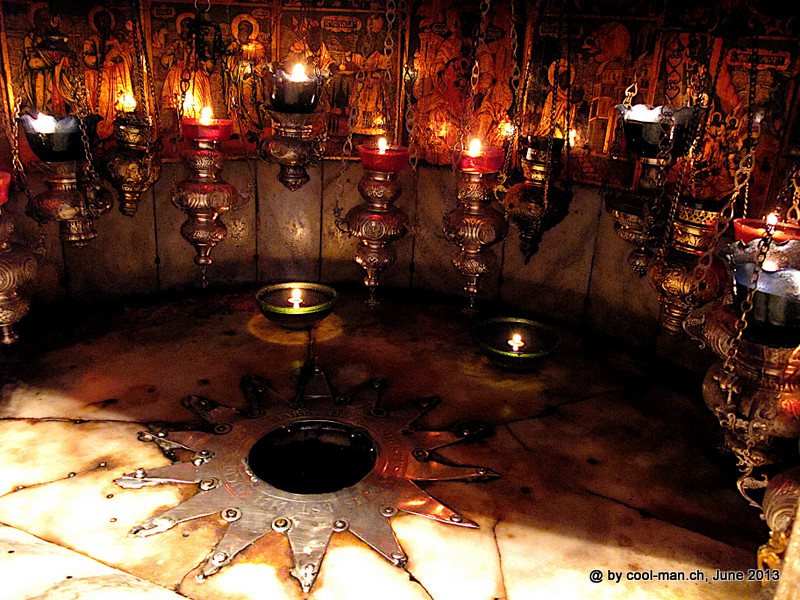 A woman prays in the Church of the Nativity 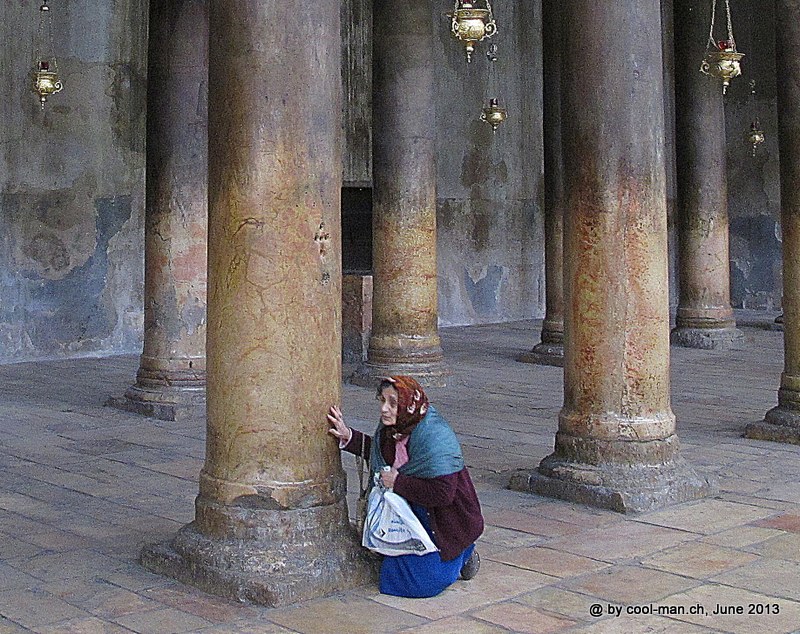 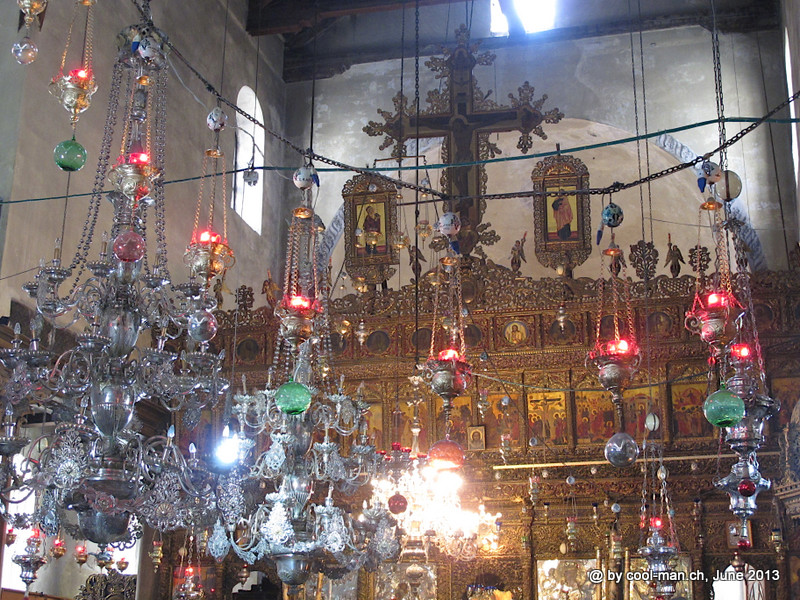 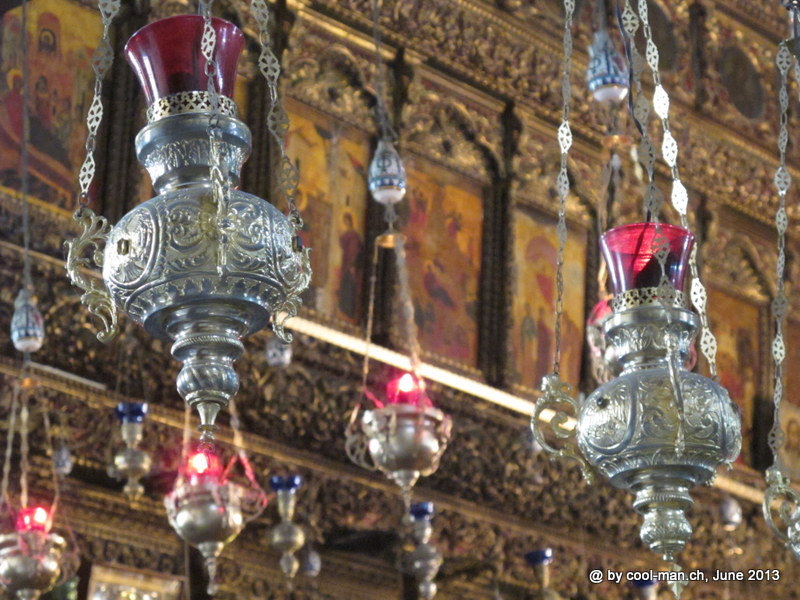 Although the milk grotto is not mentioned in the Bible, the holy family is said to have found shelter in this grotto so that their child was not killed by Herod. A drop of Mary’s milk fell to the ground and colored the stone white.

Negev desert around the town of Mitzpe Ramon 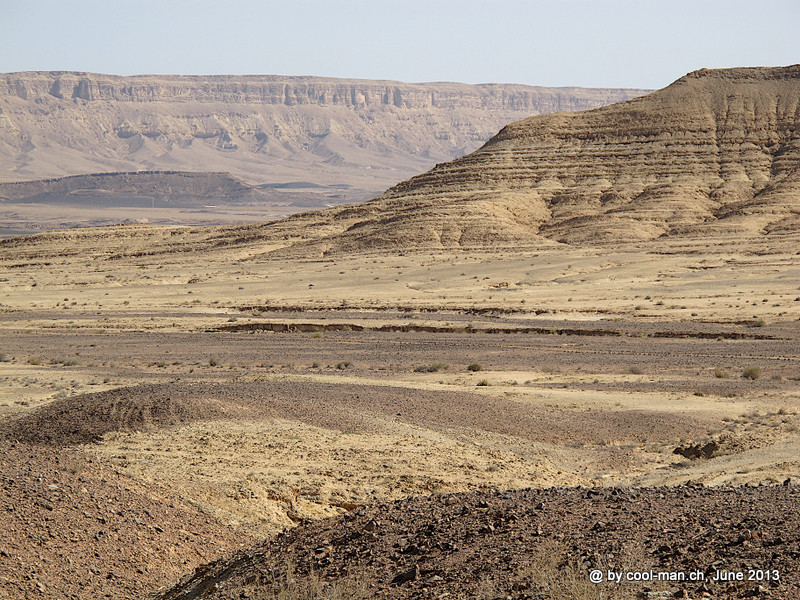 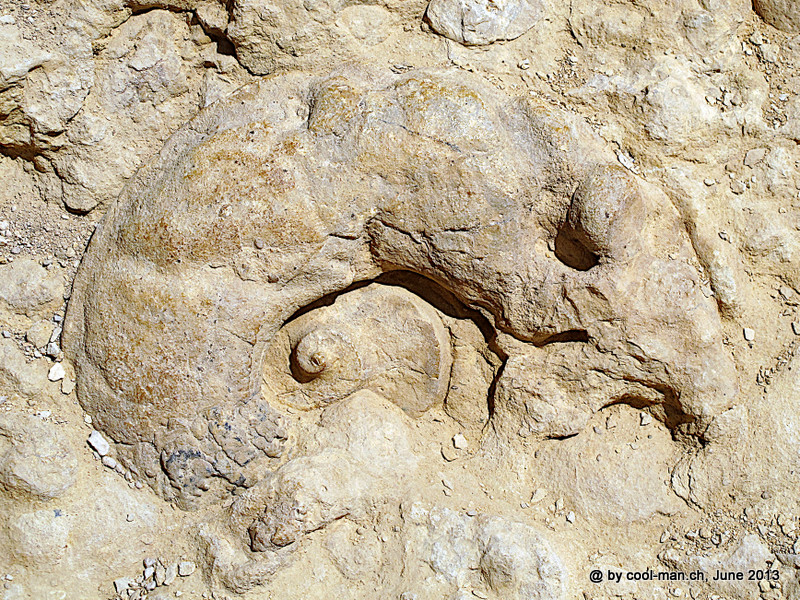 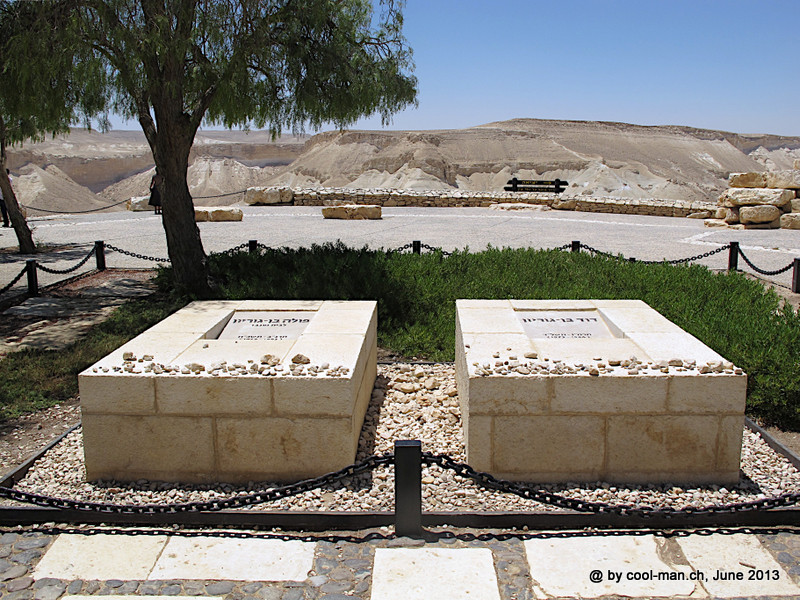 The ceiling of the Basilica of the Annunciation, inaugurated in 1969. The basilica stands where the Archangel Gabriel showed himself to Mary. 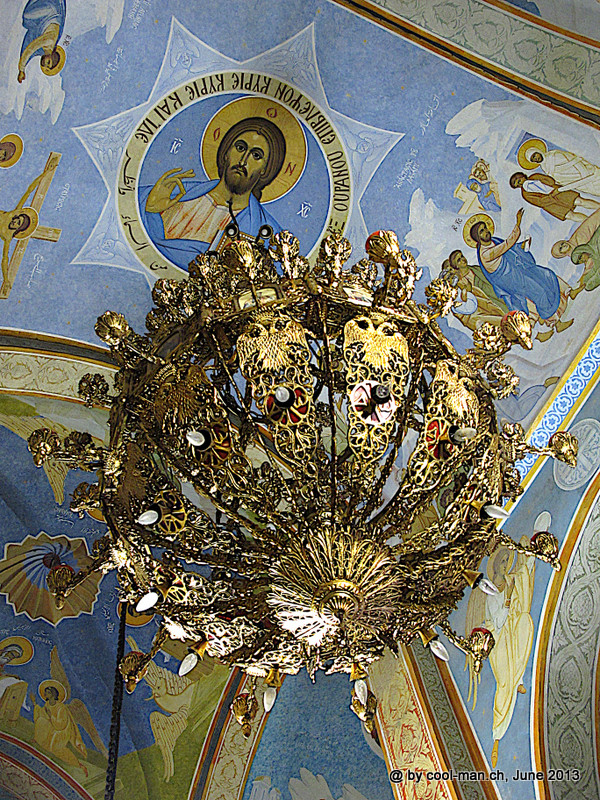 The Sea of Galilee, 212 m below sea level, is the deepest freshwater lake in the world. 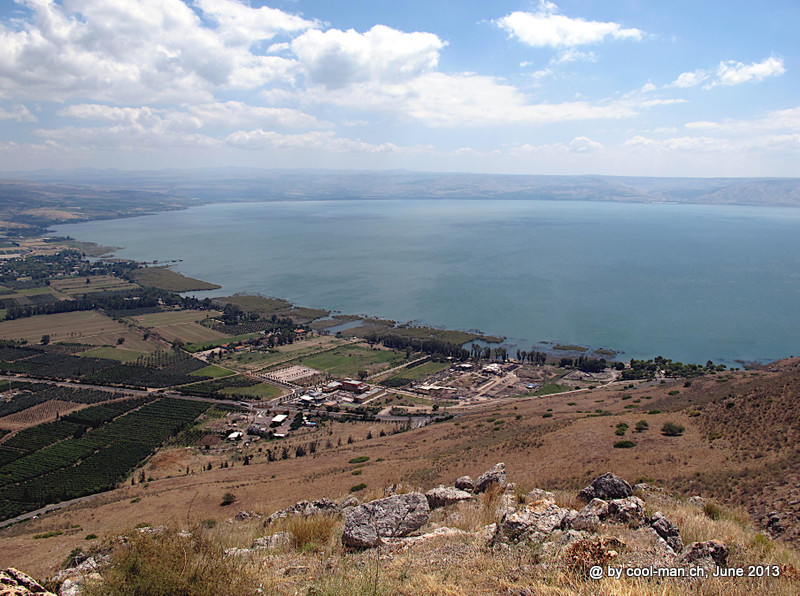 The Bahá’í Gardens in Haifa 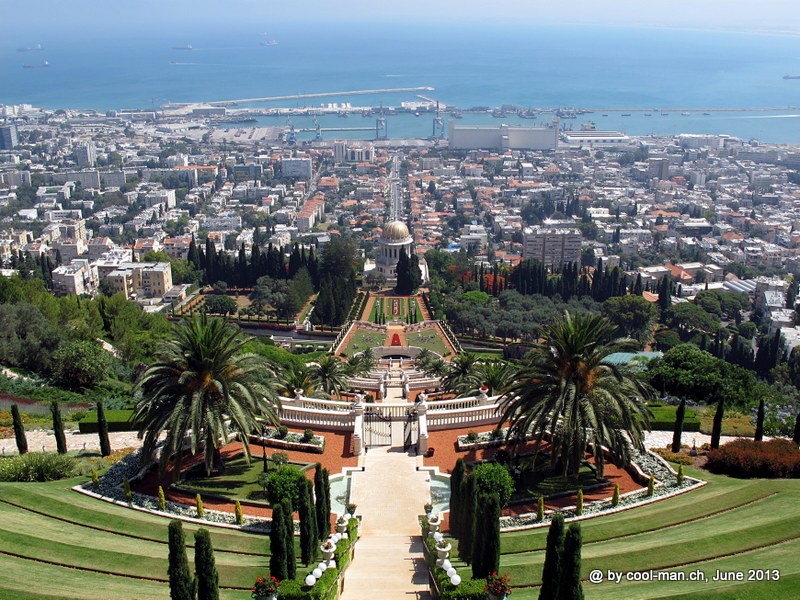 Tel Aviv is the most liberal city in Israel and the economic and technological center. 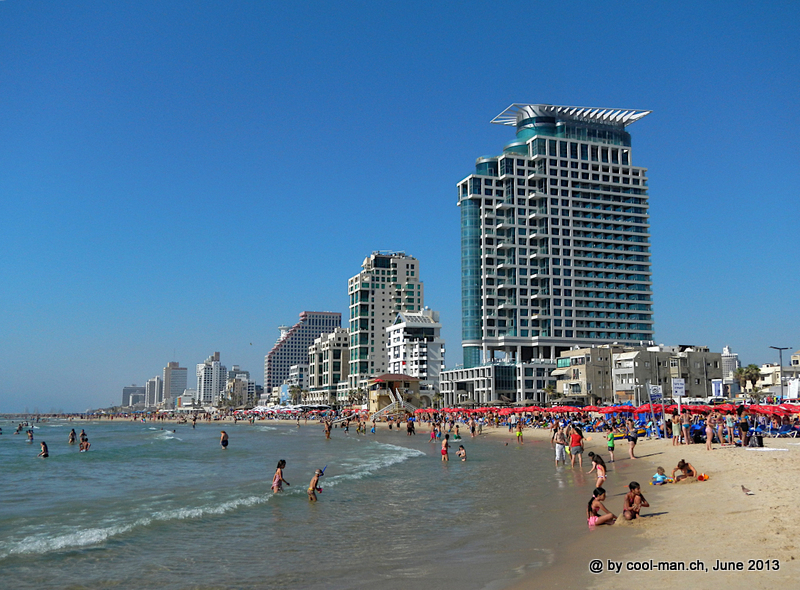 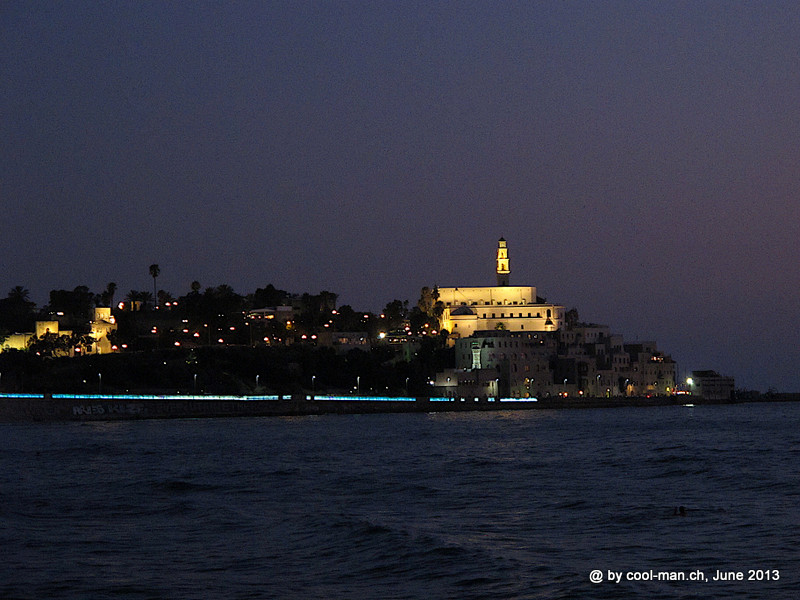