Since my departure from the Philippines in November because of Typhoon Yolanda, the Pinoys (that’s what the Philippines call themselves) have put their country back in order. Only in Tacloban, where the greatest destruction was suffered, it will take months for normal life to return.

I first travelled to Taal Lake, 70 km away from Manila, where the Taal volcano is located. I lived in the small town of Tagatay, which lies on the outer rim of a crater surrounding the lake.

Taal Lake with the Taal Volcano 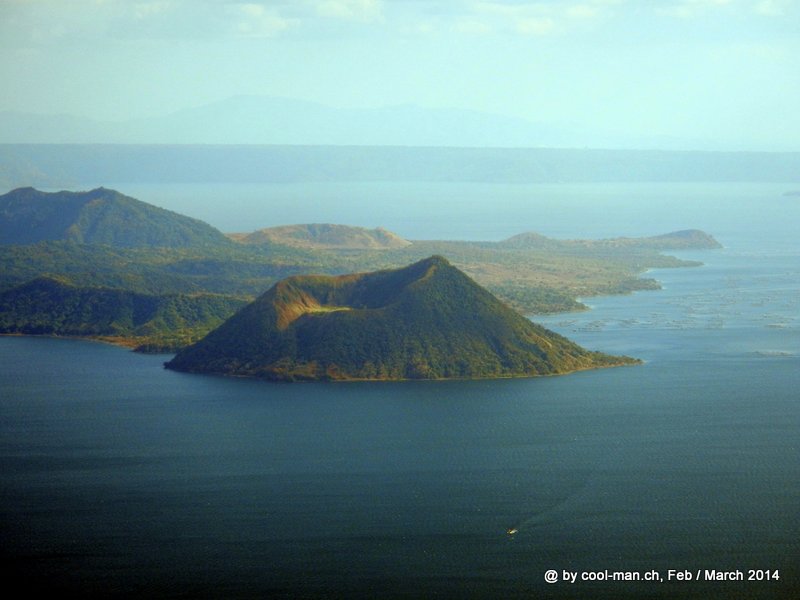 The lake of Taal Volcano 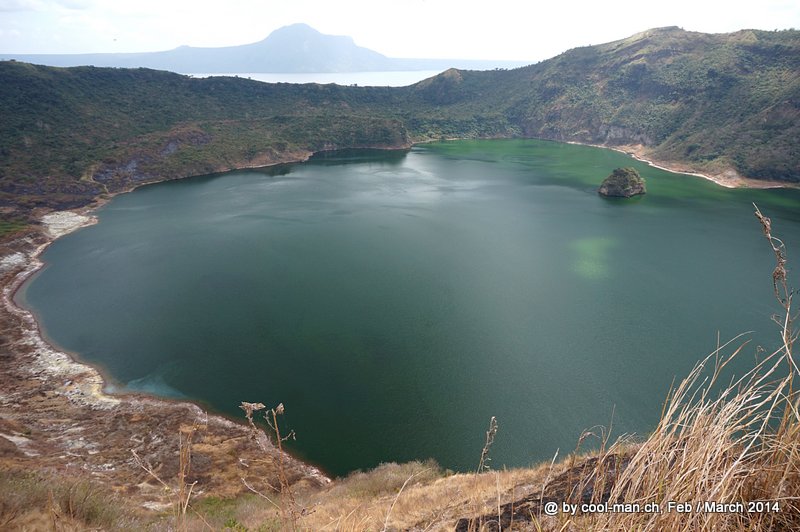 I spent the next three weeks of my stay in the Philippines in Boracay. A Swiss man’s ingenious apartments, where I usually lived, were all booked out for months. This time I benefited from new hotels, because a small boutique hotel right on the beach did not open far from my previous domicile. As the hotel was not yet known by the travelers, I could rent the best room with a big terrace and a view to the sea and palm trees for a reasonable price. A stroke of luck! As always the sunsets were brilliant and gastronomically there is something for every taste on Boracay. 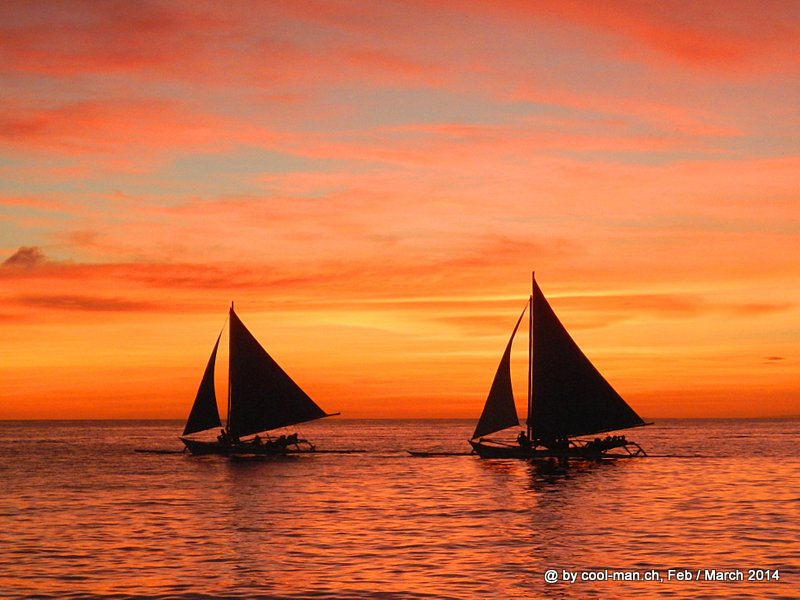 Then I took a proven route. Via the island of Palawan I traveled to Coron on the Busuanga Archipelago, where my colleague Dani lives (and also the American mentioned in the November 2013 report).

The bus from Puerto Princesa to Port Barton 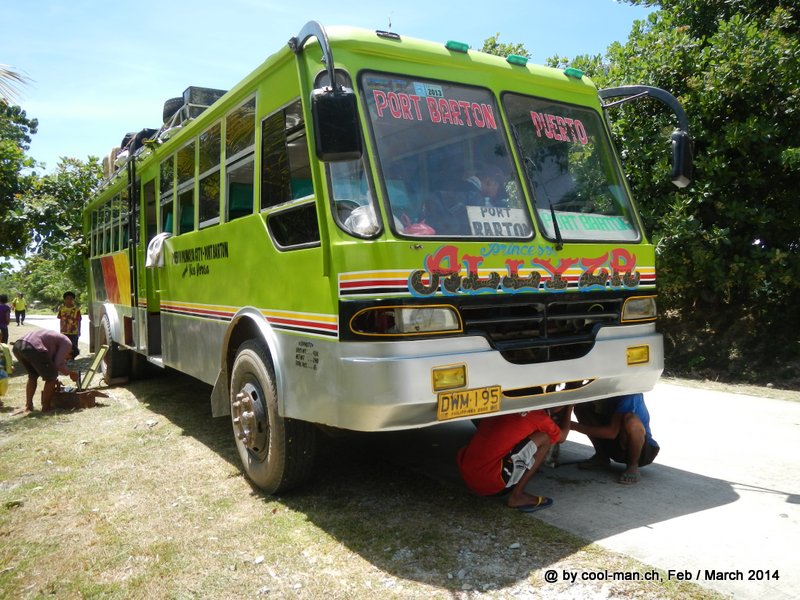 As so often, there were technical problems that could be solved. 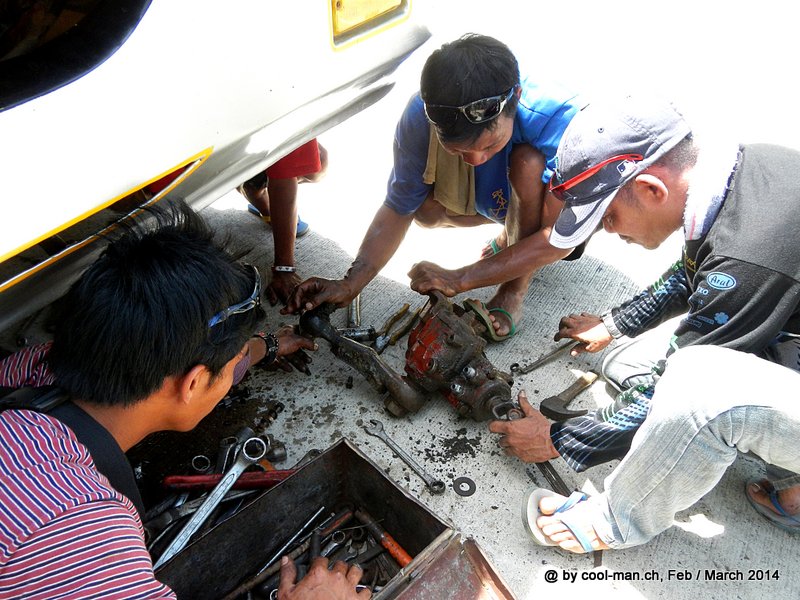 On the beach of Port Barton on Palawan I enjoyed a pop concert of the Philippine Army. The Swiss Army could take this as an example. 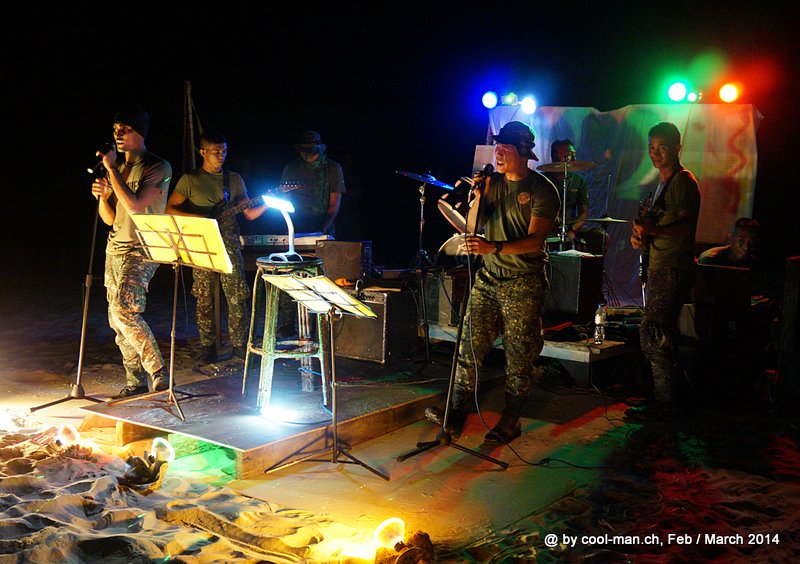 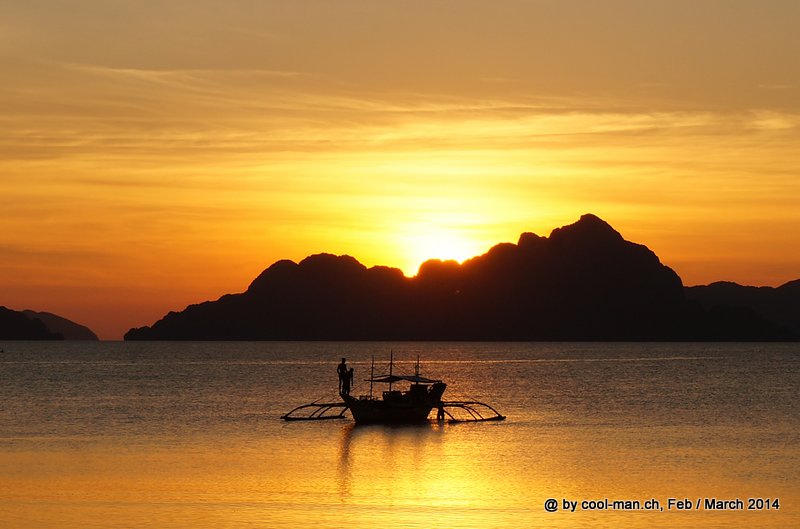 In El Nido on Palawan I visited a beach further away (Nacpan Beach) for the first time. Fantastic!

Afterwards I continued to the north of the Philippines to the world-famous rice terraces of Sagada, Banaue and Batad. For details and photos of these regions I refer to the travelogue of January 2013. 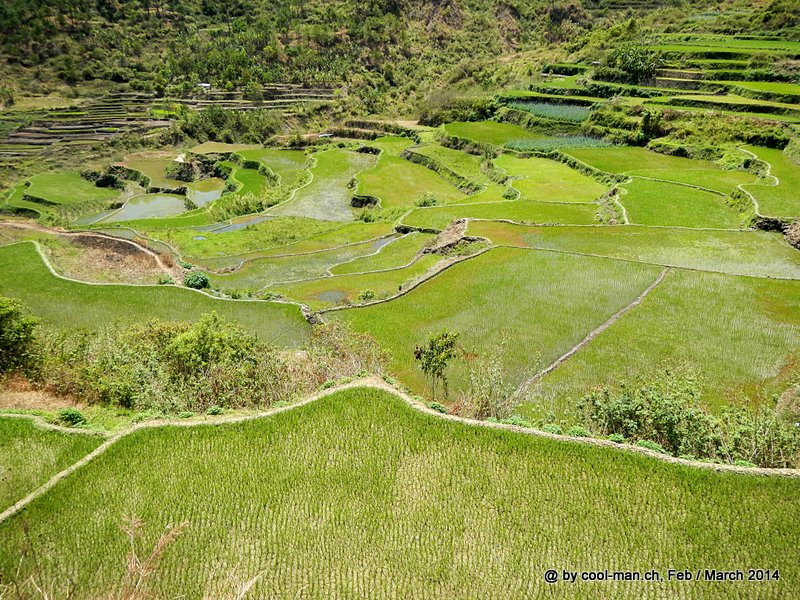 On the way from Banaue to Batad 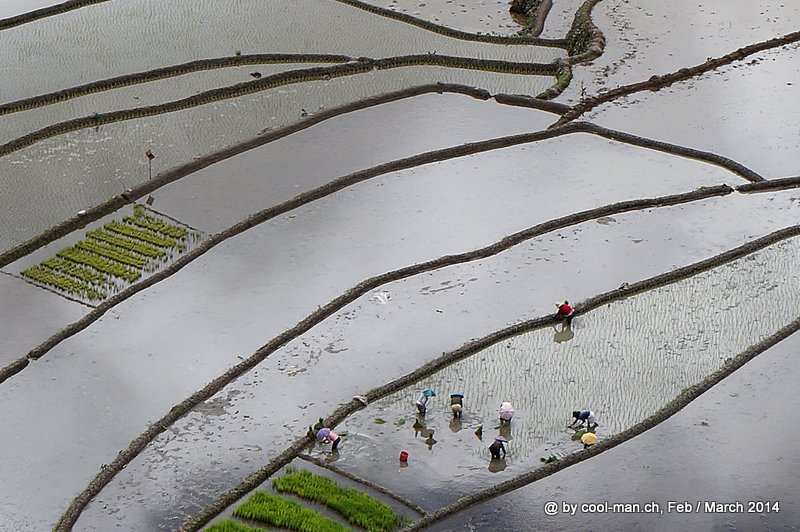 The most spectacular rice terraces can be found around the village of Batad. 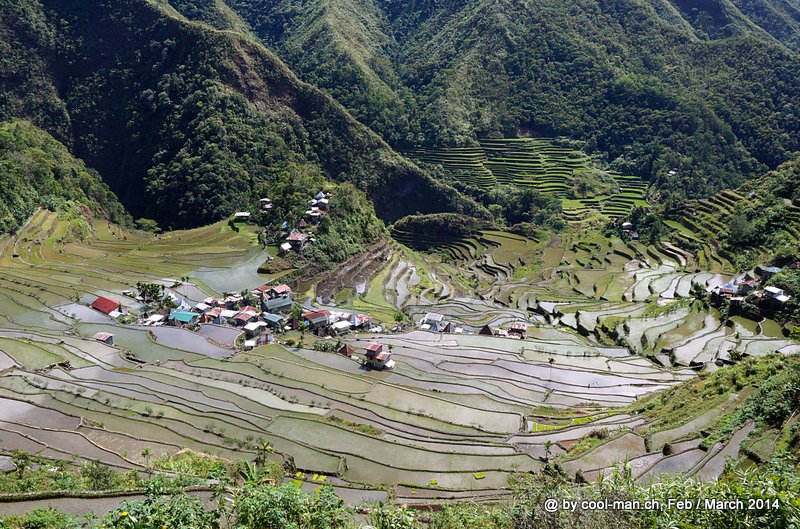 Meanwhile Dani’s wife Winnie had signed a 5 1/2 year lease on Coron for her own restaurant. For Dani this meant more work. When I came by, the restaurant was already open for a few weeks. Dani’s longtime classical dish schnitzel with a blue cheese sauce was still on the menu.

My 59-day visa expired soon and I didn’t know where to go next. The remaining destinations on my list (Machu Picchu, Peru – too cold, didn’t have the right clothes and French Polynesia didn’t fit my travel plans. Dani brought the proposal Indonesia. That fitted because the dry season in Indonesia starts in April and I haven’t been to Indonesia for a long time.