After a flight from Easter Island across the Pacific Ocean I landed in Papetee, the capital of French Polynesia.

French Polynesia and especially the islands Tahiti and Bora Bora stand for paradise on earth. At the latest in Bora Bora I had to realize that this is only a clever marketing strategy. Many families cannot benefit from tourism due to a lack of education. Houses and cars would have to be repaired. On many islands the theft rate is high. Only on remote atolls is the world still in order. Because of French Polynesia’s remoteness the goods are expensive and the choice is modest.

As the photos show, I still experienced two impressive months.

In the Botanical Garden 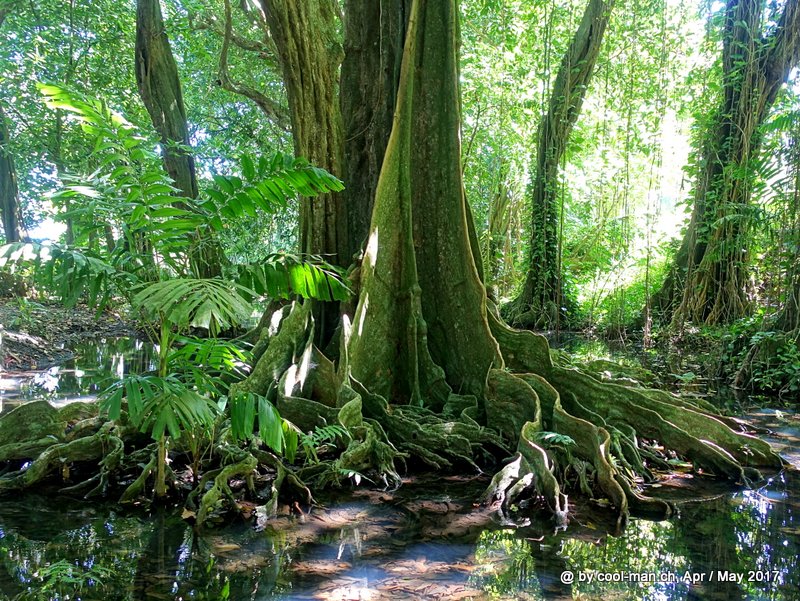 Up to 2,241 meter high mountains cause frequent cloud formation in the interior of the island. 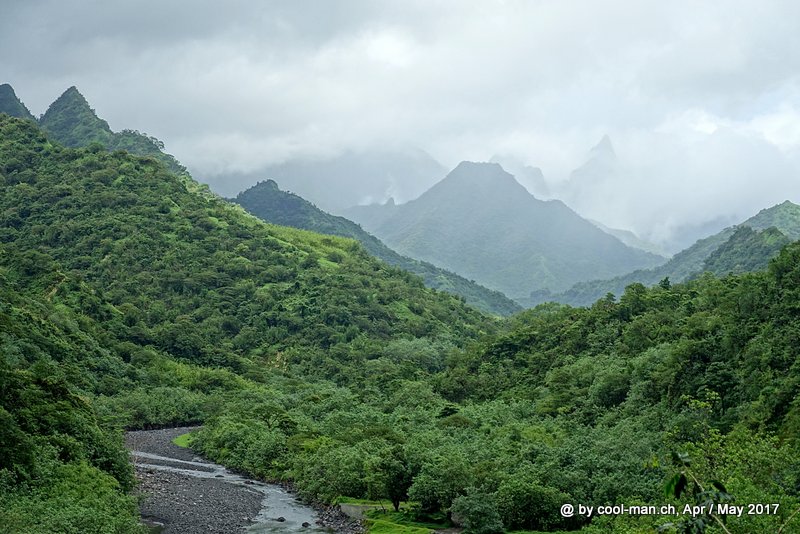 I liked Moorea very much.

To the left the Opunohu bay from the “Three Pines” viewpoint, which can be reached on a four-hour circular hike 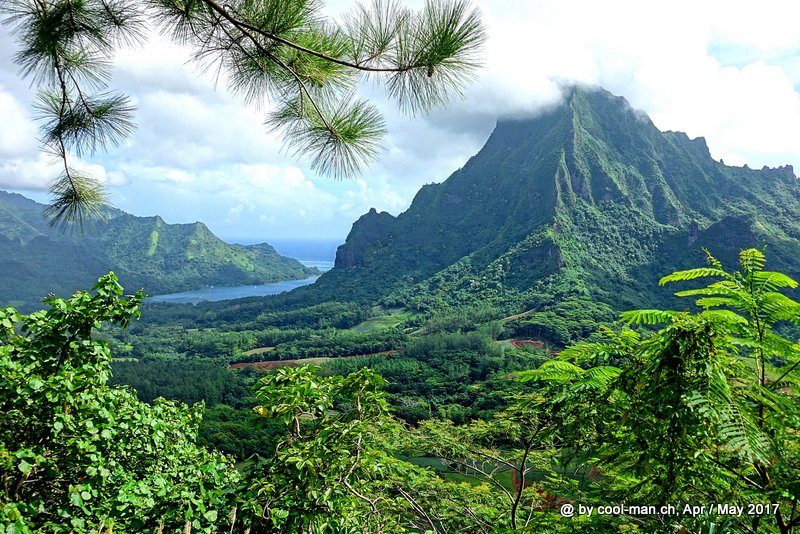 The view from the “Magic Mountain” vantage point

The Opunohu bay shortly before sunset 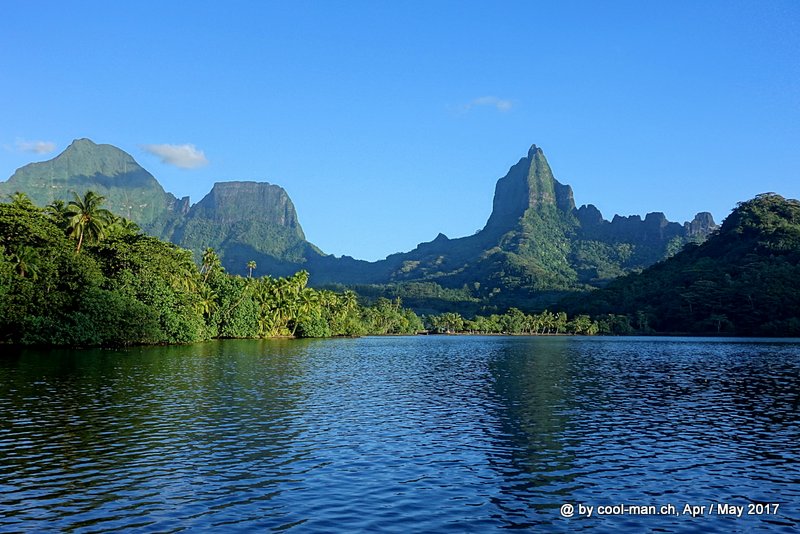 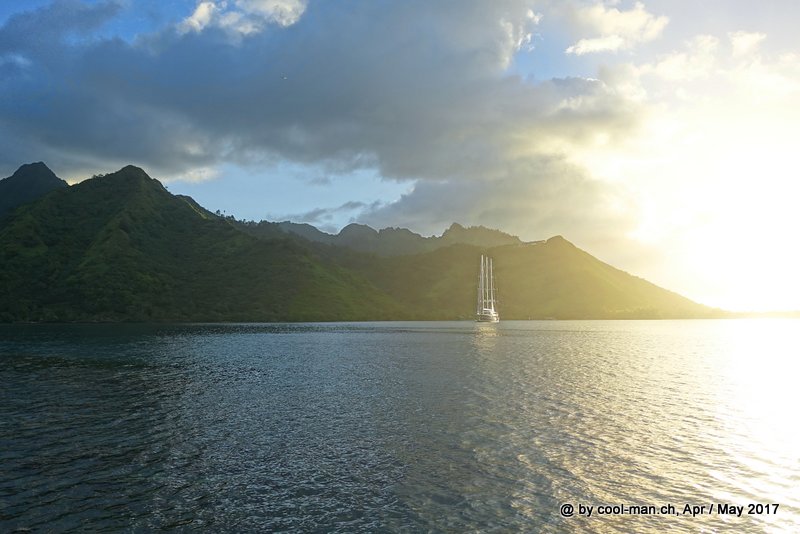 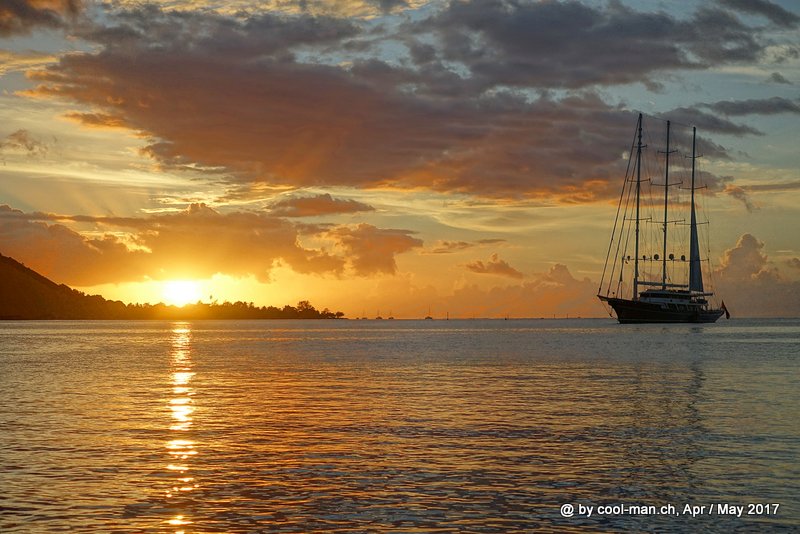 After sunset, the sky is littered with stars. 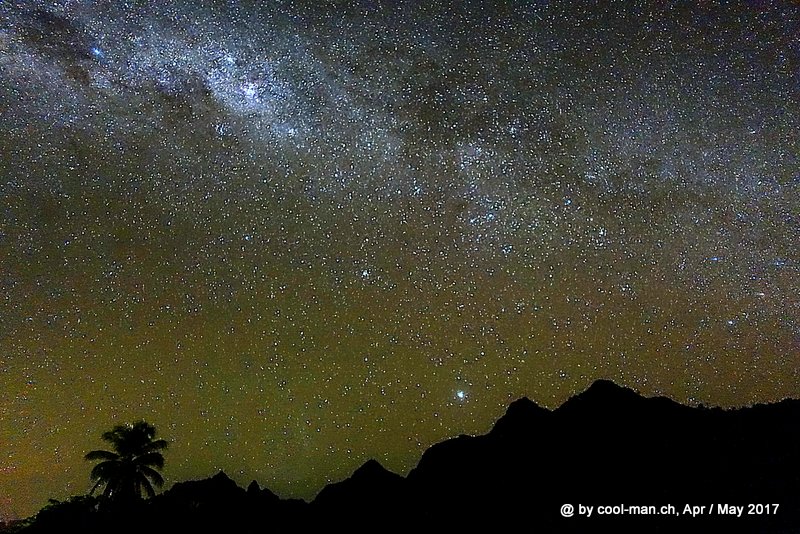 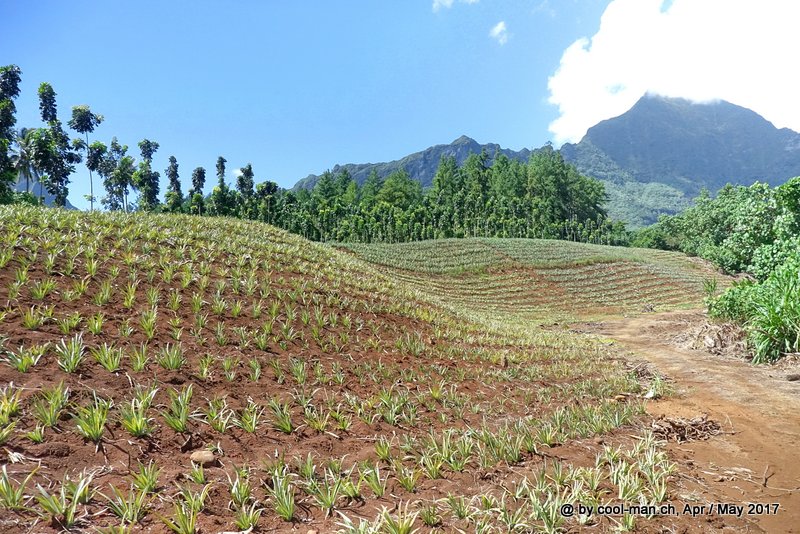 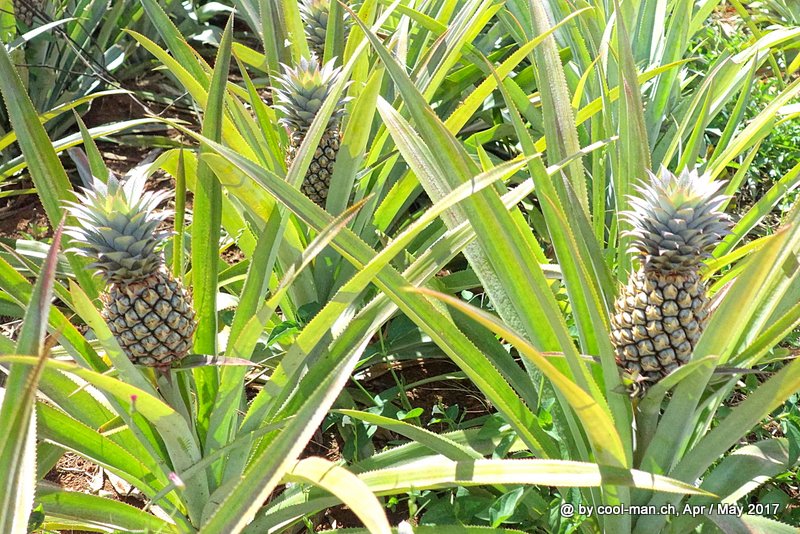 Moorea also has a lot to offer underwater: Sharks … 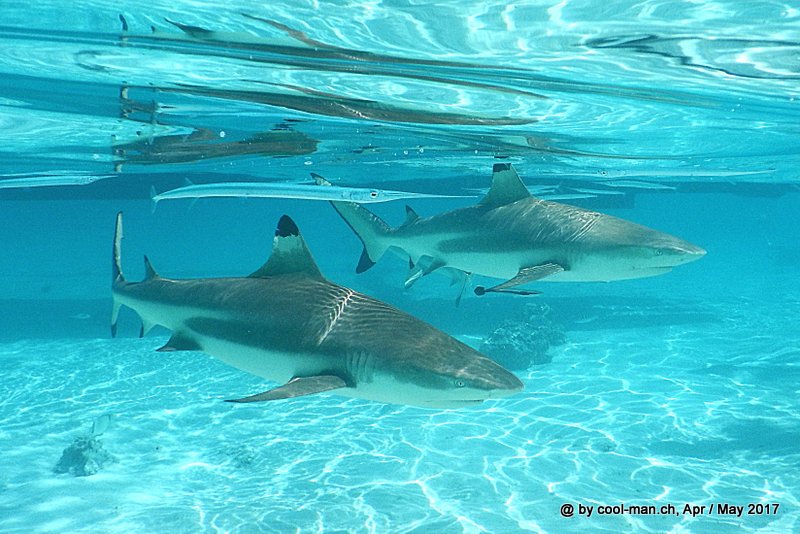 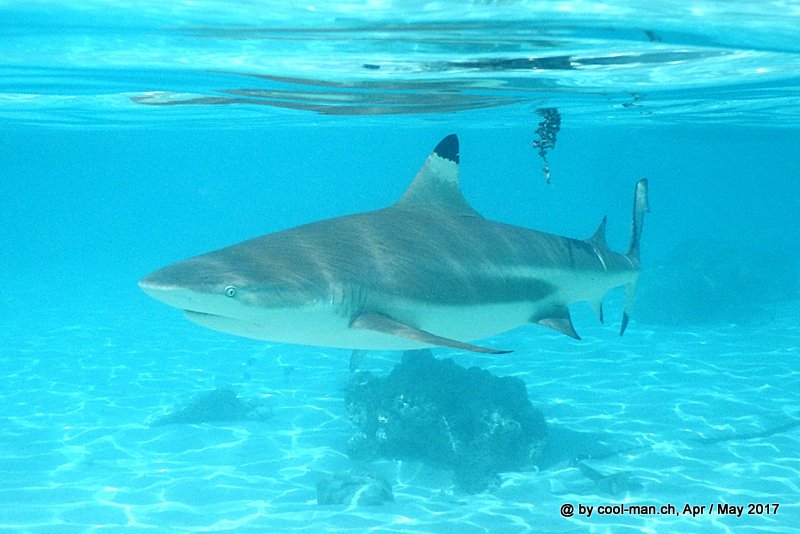 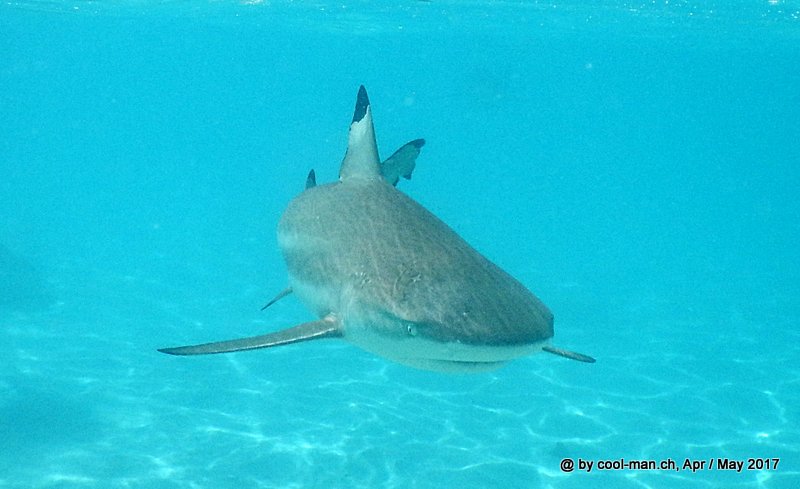 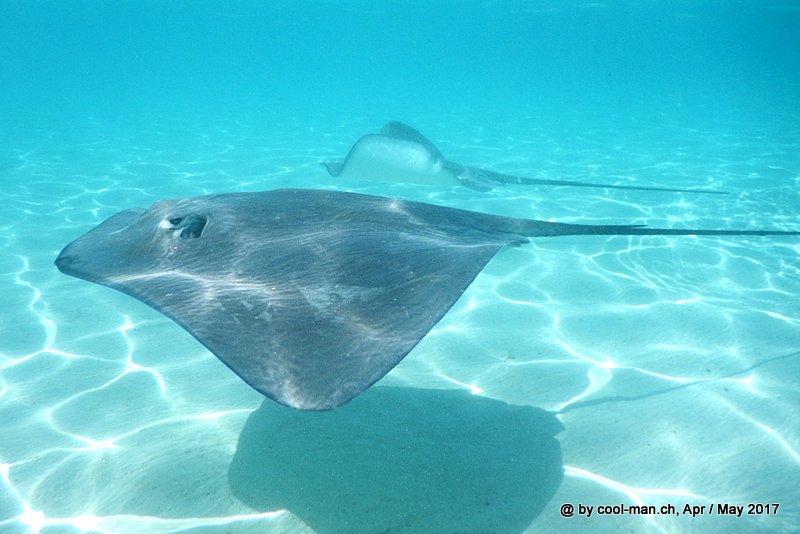 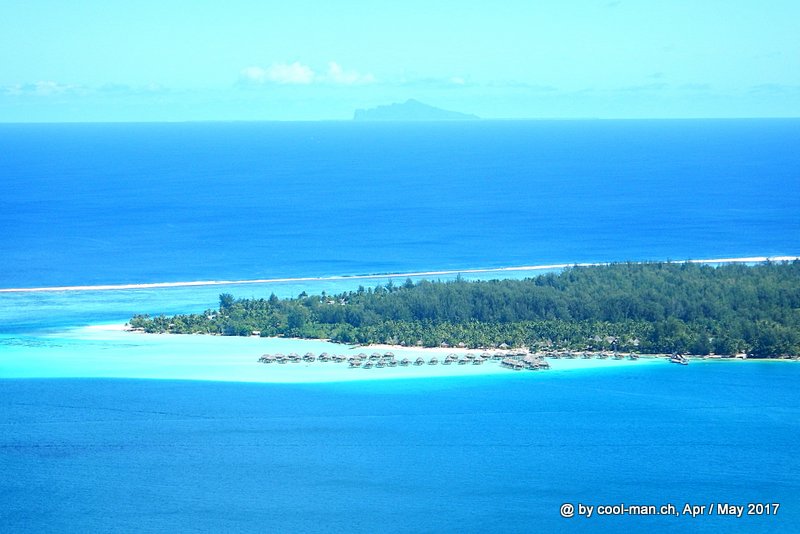 An island in the lagoon 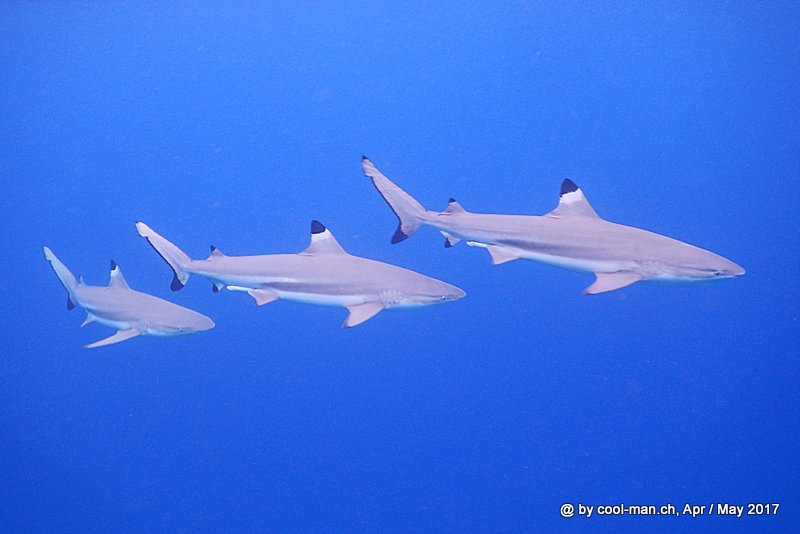 Maupiti is a small Bora Bora, but without any tourists. 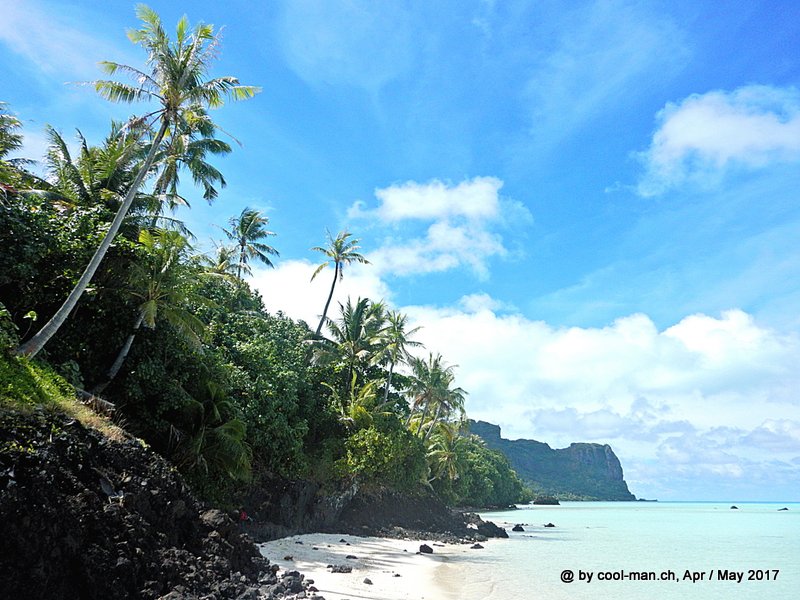 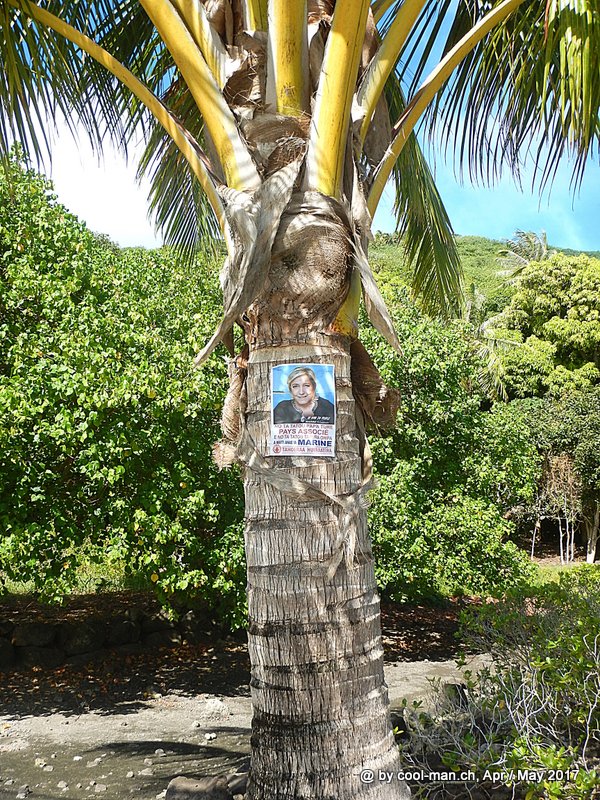 Sunset over Maupiti, pictured from the Motu Tiapaa’a. A Motu is a small coral island that forms part of the atoll that surrounds the main island. 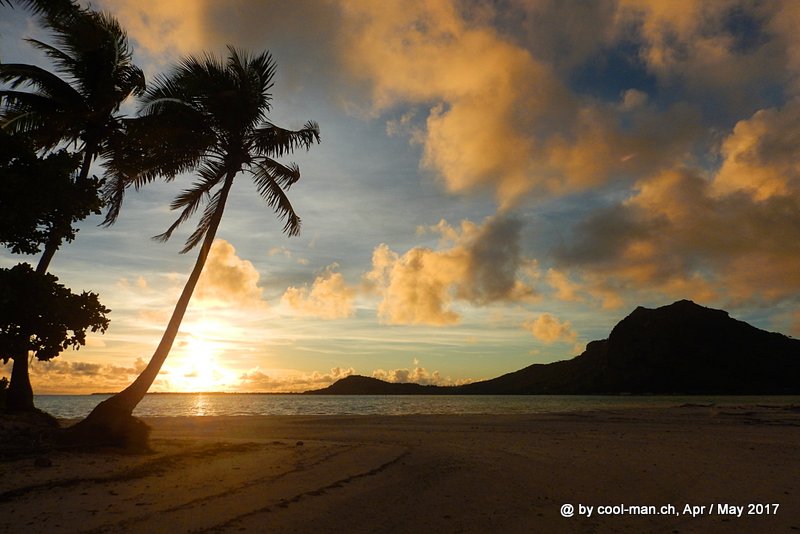 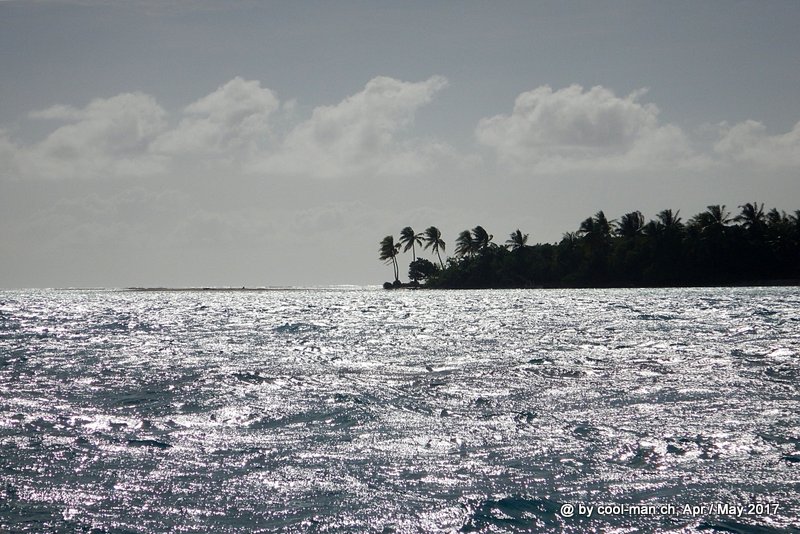 You can meet manta rays in the lagoon of Maupiti 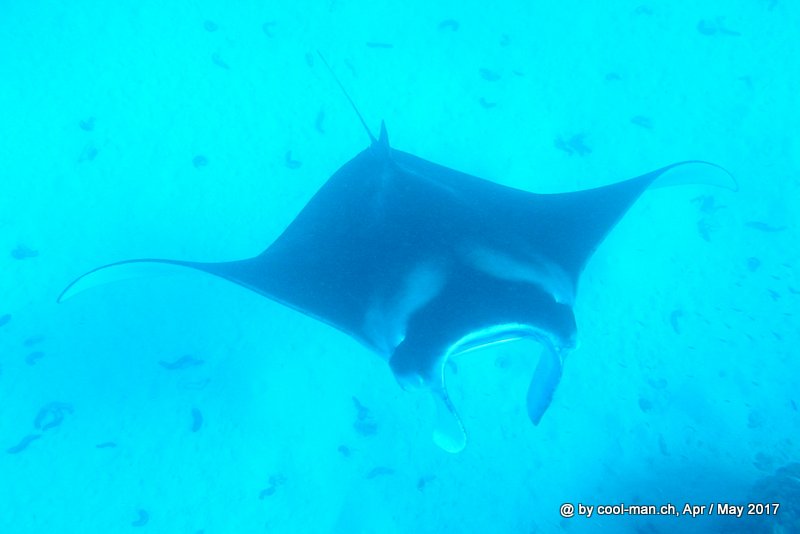 The island of Taha’a is known for its vanilla plantations. 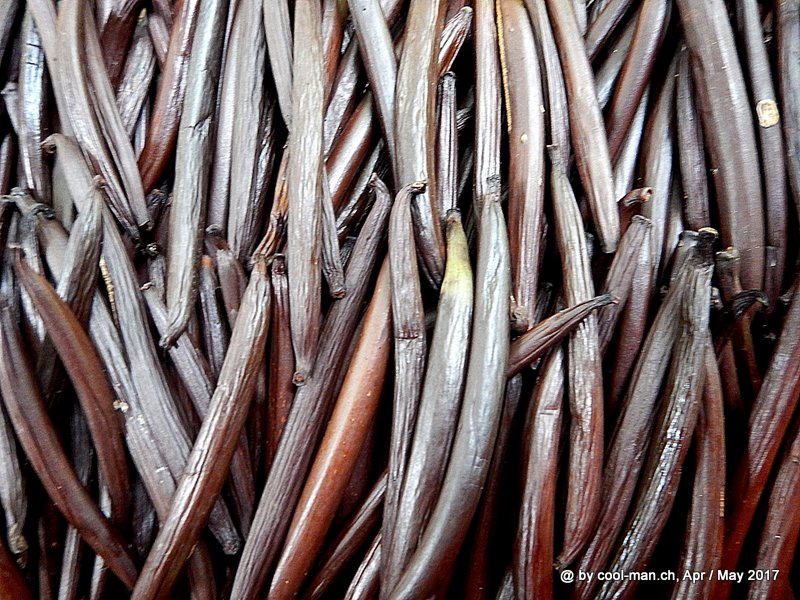 … but also underwater there is a lot to see 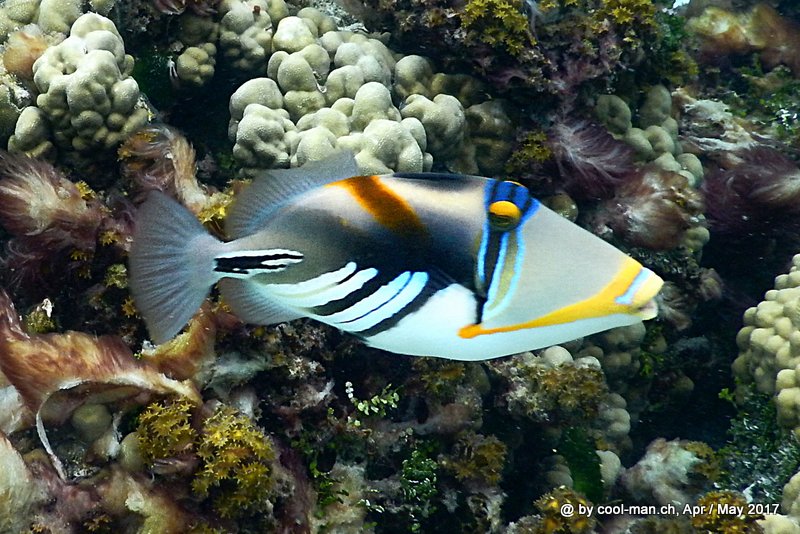 Tikehau is – like the following destinations Rangiroa and Fakarava – an atoll. This means that the volcanic island in the atoll has already been ablated by erosion.

The water is crystal clear 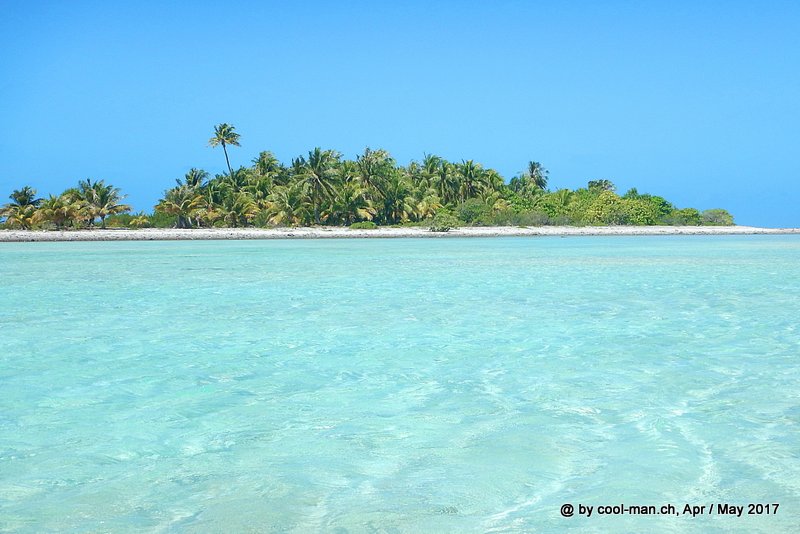 My favorite picture with two sharks in the foreground 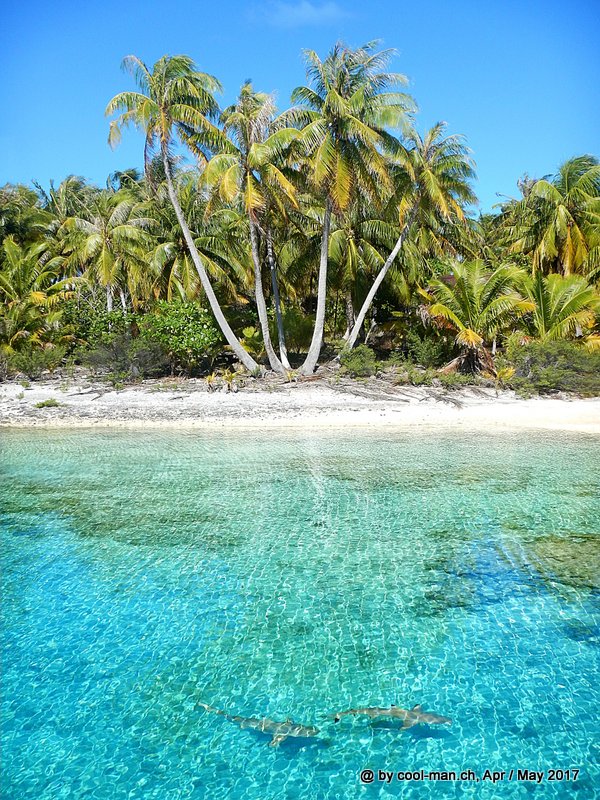 … the sharks love Tikehau, as do I. 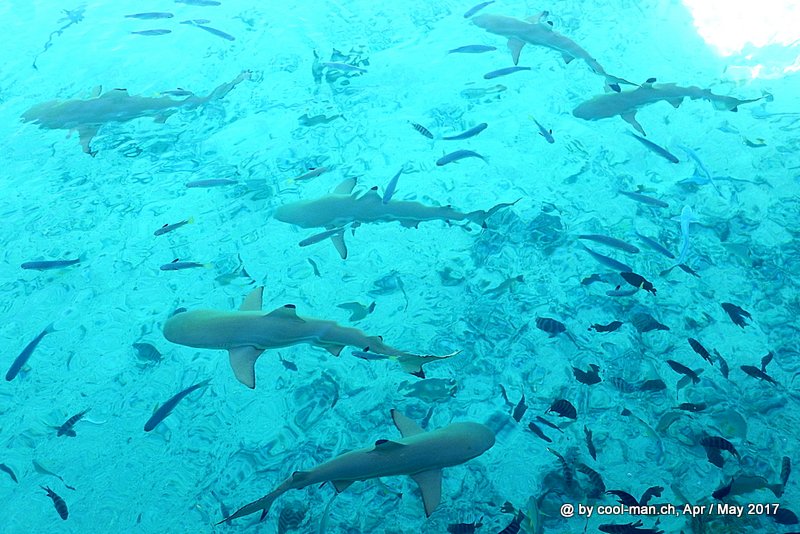 Rangiroa can also boast beautiful landscapes and a abundance of fish. 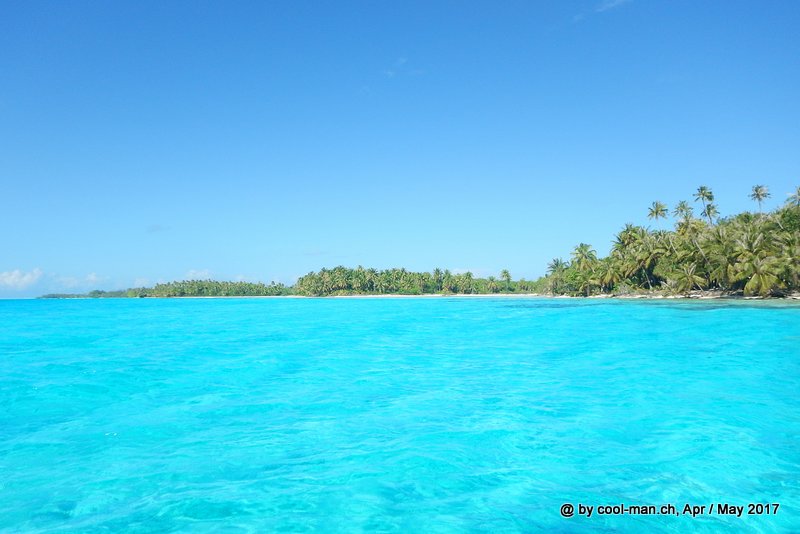 French Polynesia is world famous for its pearls. Here a mature pearl is taken from the shell. 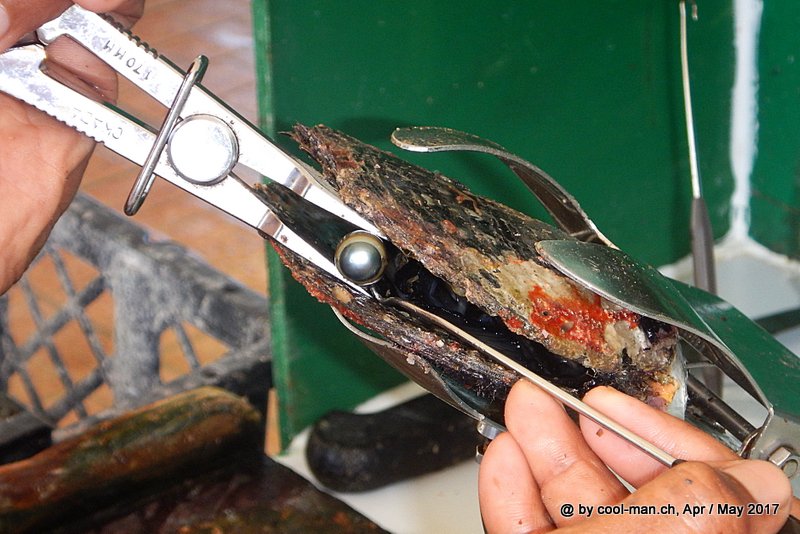 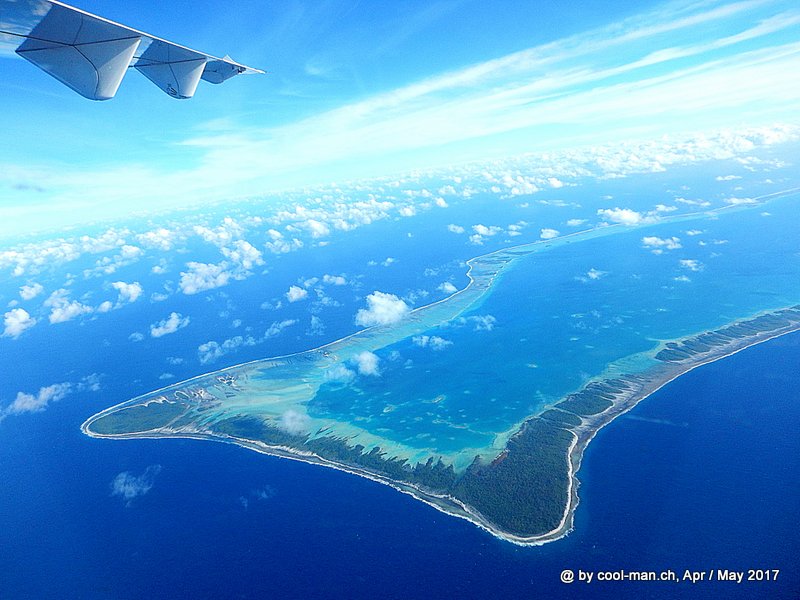 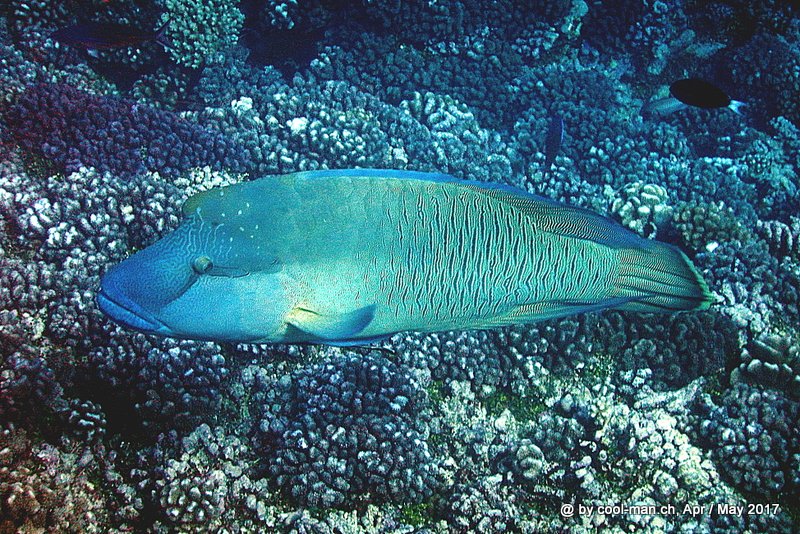 … and of course sharks 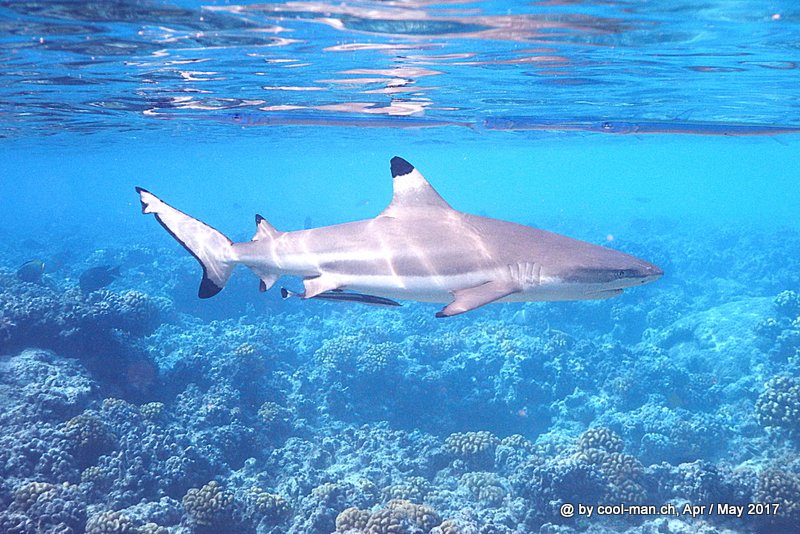 A lonely beach on the Fakarava Atoll