From Langkawi in Malaysia our speedboat was cruising at breathtaking speed in one hour to the Thai island Koh Lipe. With every wave the boat hit hard, so that already after a few minutes the first people got seasick. Several people were lying pale on the floor and waiting there. The baby of a Russian family, who was traveling on the speedboat with a pram, wasn’t feeling well either.

The last time I was in Koh Lipe was in 2006. It was incredible how Koh Lipe had changed in the last eight years. At that time a few footpaths connected the few resorts. Today several asphalted roads cross the island. Along these roads there are shops, restaurants, bars and travel agencies. My resort consisted like all resorts at that time of few bungalows directly at the sea. Today the resort comprises sixty two-storey houses, some of which are ten minutes walk from the sea. The cool bar right by the sea, where you could enjoy the sunset to lounge music and a cool beer, no longer existed. Too bad, because that was my favourite place on the island.

The next island we headed for was Koh Kradan. This island was still a real paradise. There were only a handful of resorts. The beach was long and almost deserted. The Italian next to our resort offered a luxury ham and cheese platter with excellent Spanish Pata Negra ham and Gorgonzola cheese. The pizza tasted like an Italian pizza should (an exception in Asia). All in all, I would always return to Koh Kadran. 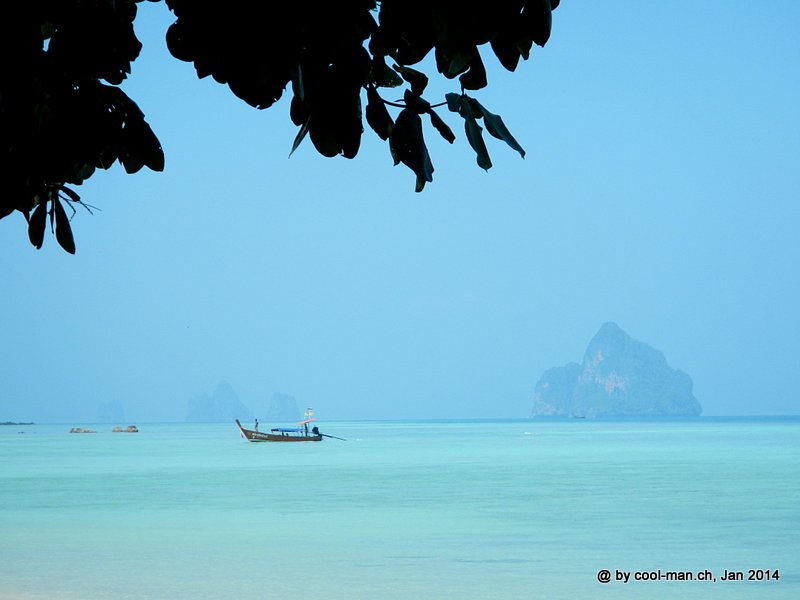 From Koh Kradan we traveled by boat and minibus to Phuket. Also Phuket was not to be recognized again. Meanwhile huge shopping centers were built and the beach was as crowded as in Rimini, Italy. Due to the scraps of language I picked up, I estimate that more than half of the visitors were Russian families.

After a few days I flew to the Philippines.