This website shows the fish and crabs I encountered during my stay in Tonga. I show them in a separate website, because the many pictures would inflate the Tonga travel report too much.

Snorkeling around the northern tip of the island of Foa 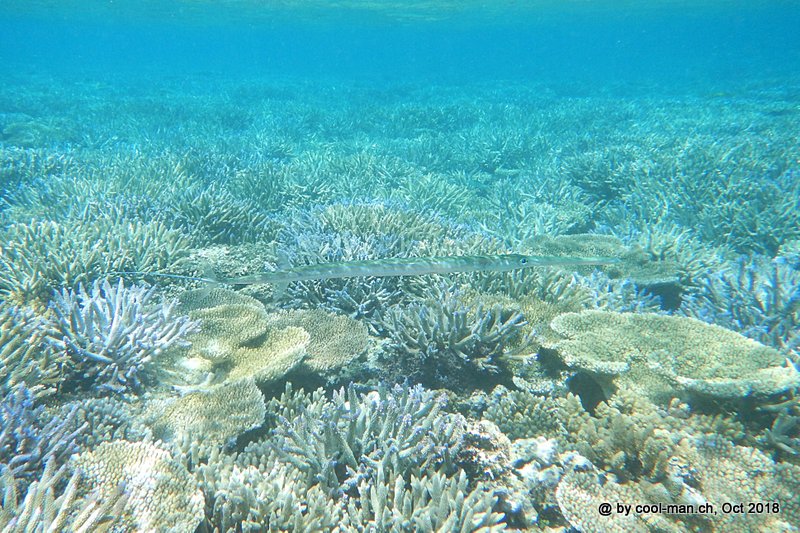 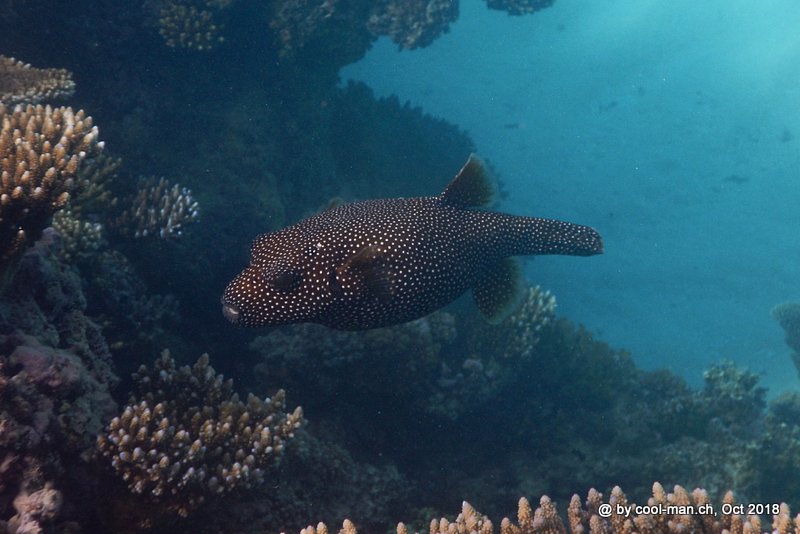 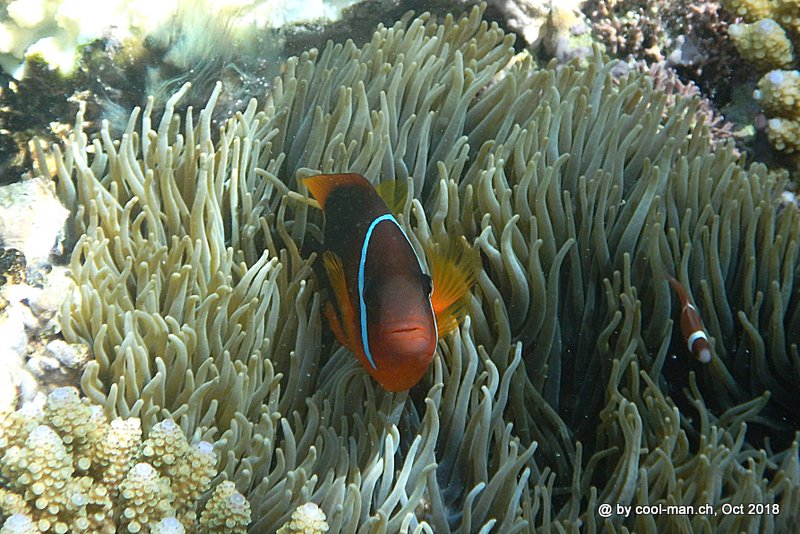 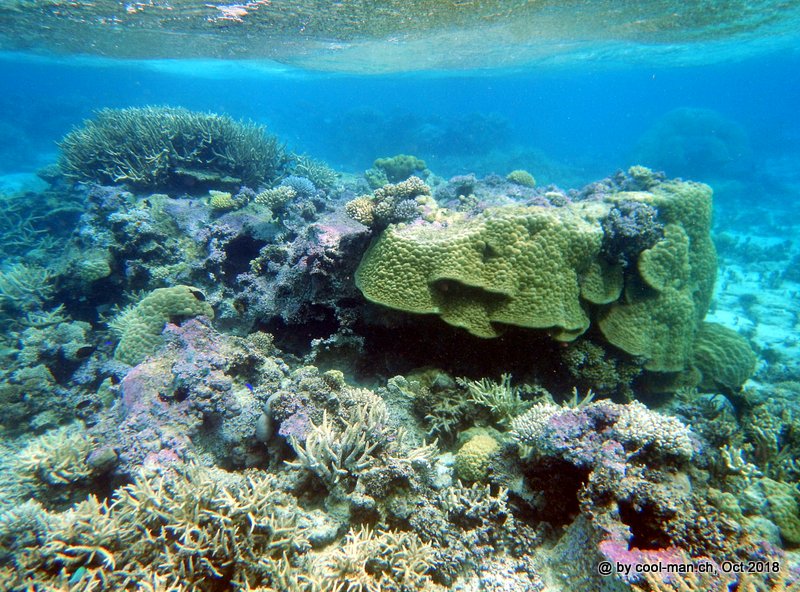 Once the boat took us to an offshore reef between the islands of Foa and Ha’ano, where I discovered new fish and saw this species of squid for the first time while snorkeling. 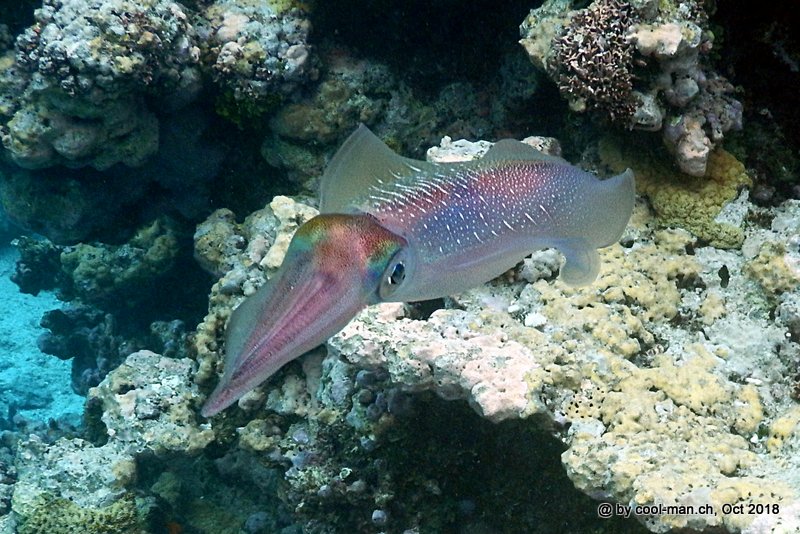 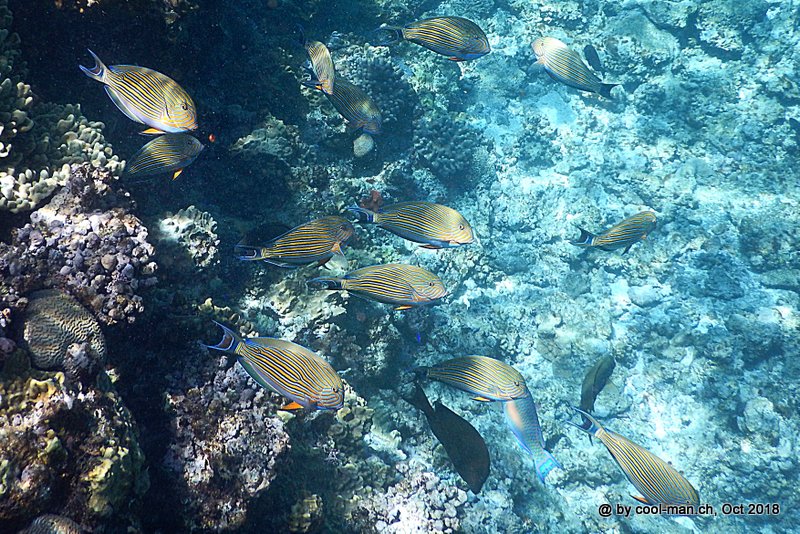 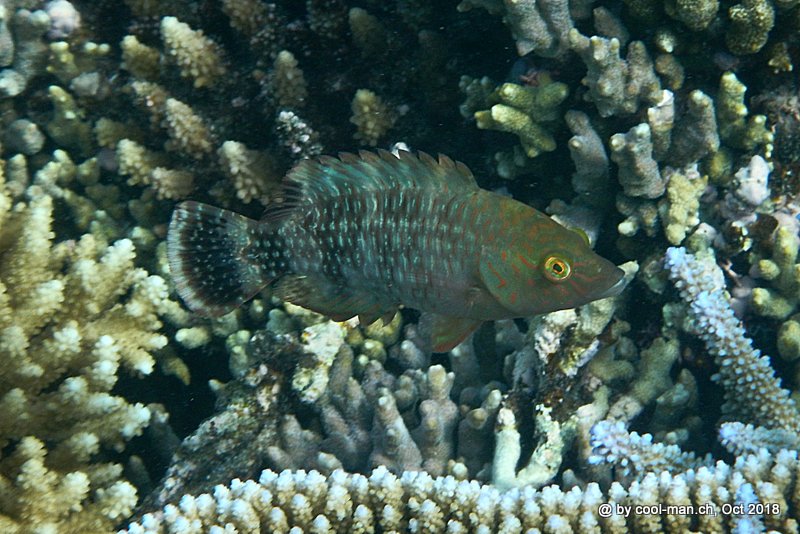 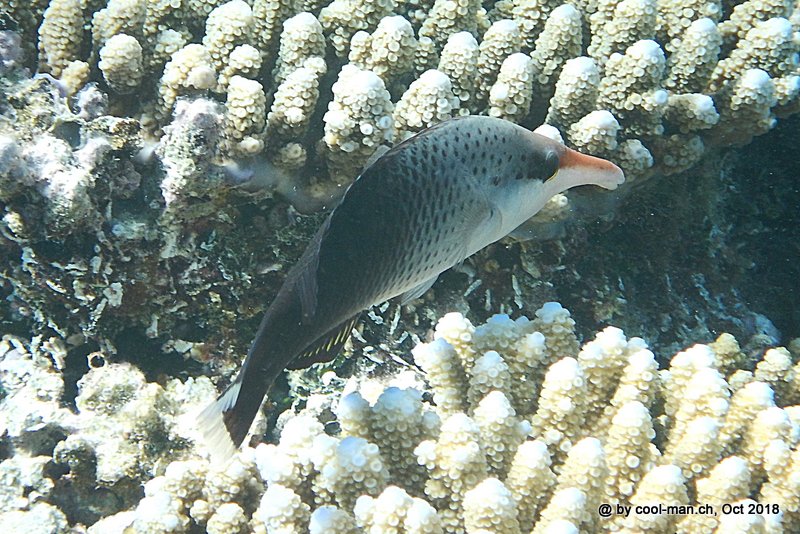 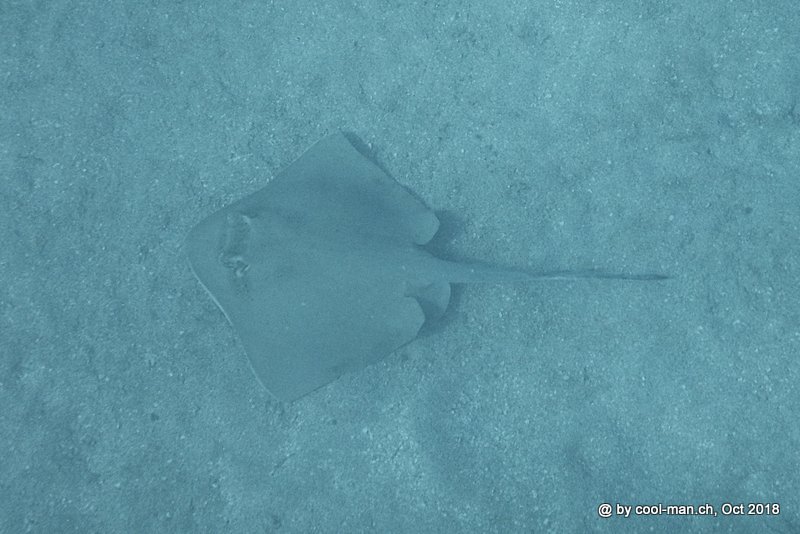 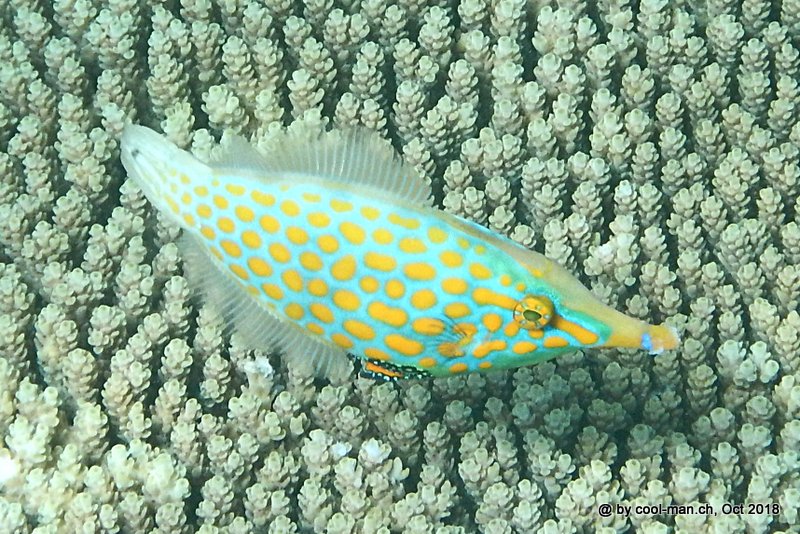 I only saw this kind of crab on Fangatave Beach. 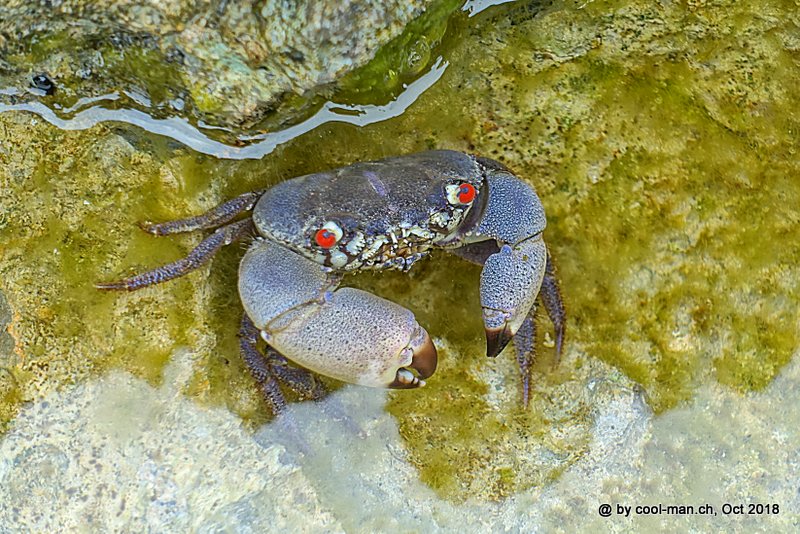 There was a varied underwater world to discover in the waters around the resort. 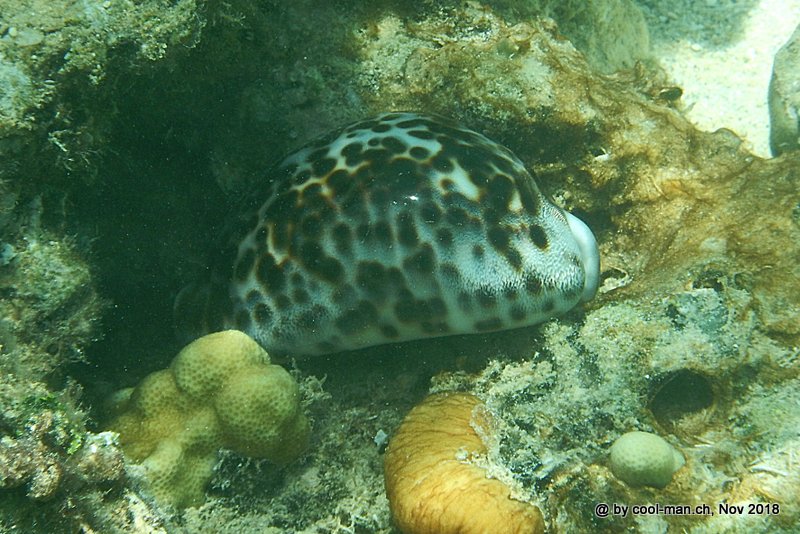 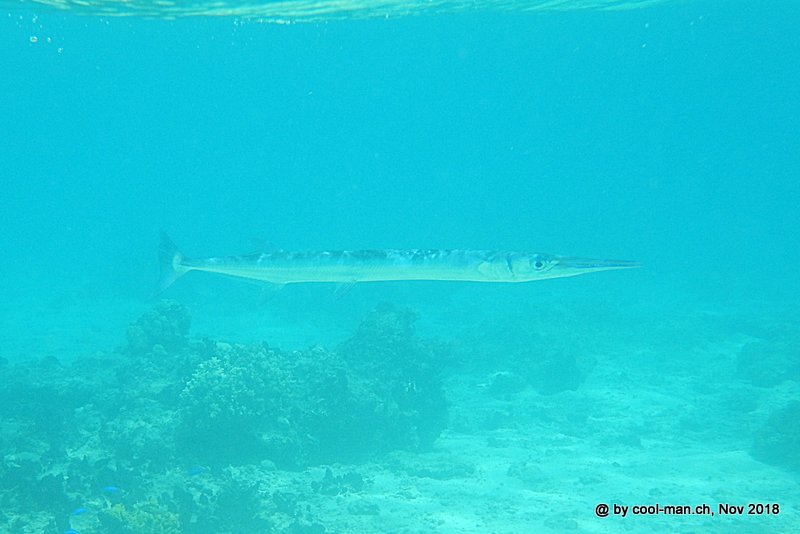 A group of Longfin Batfishes 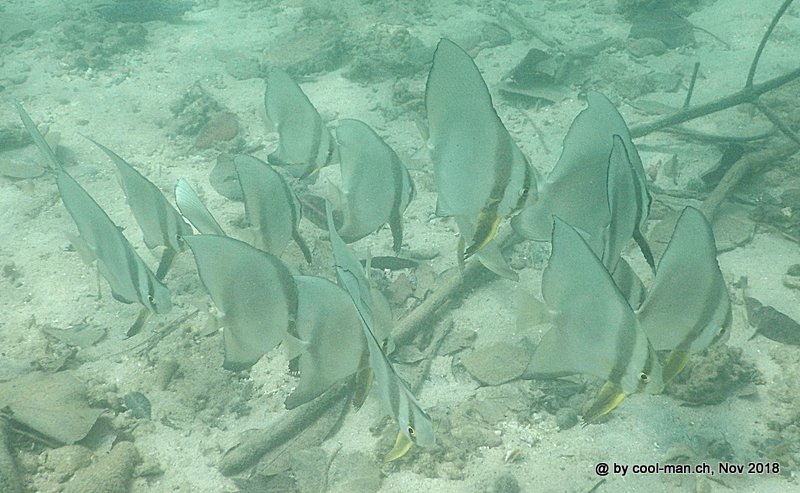 The Titan Triggerfish is often found in tropical waters. 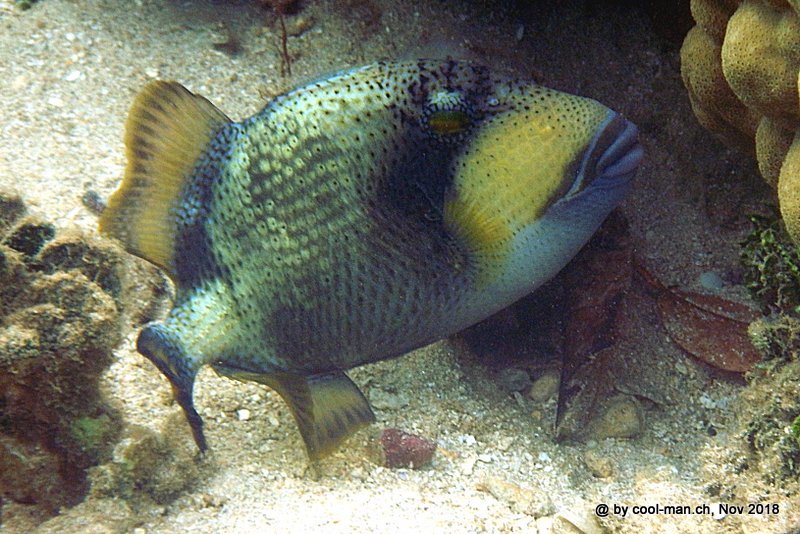 I haven’t seen this Granulated Sea Star anywhere else. 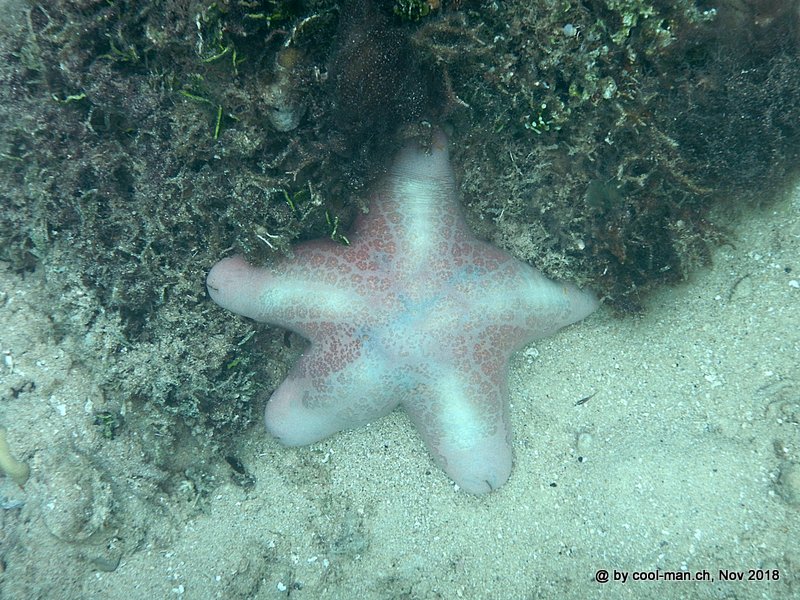 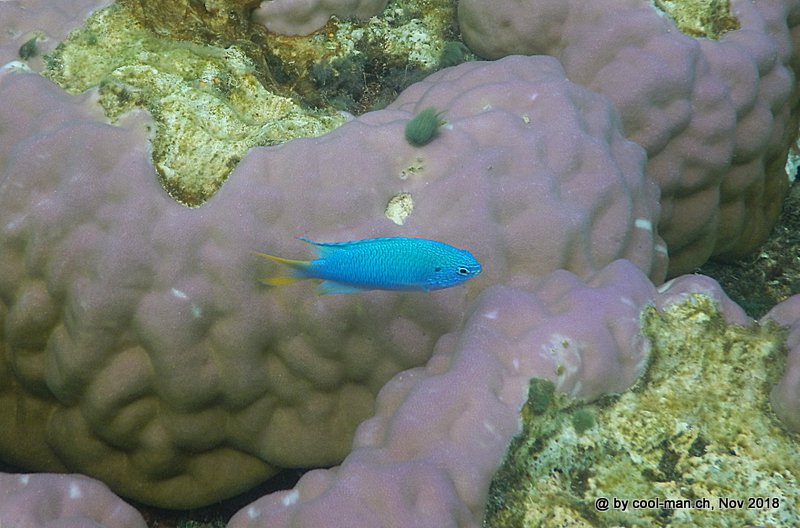 I reached the Lotuma island by kayak. At the back of this island there was a coral reef with interesting fish. 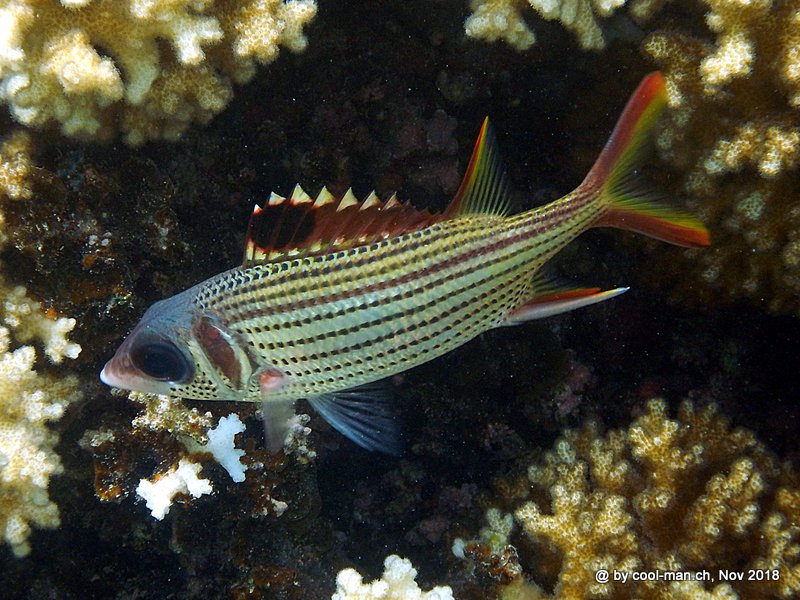 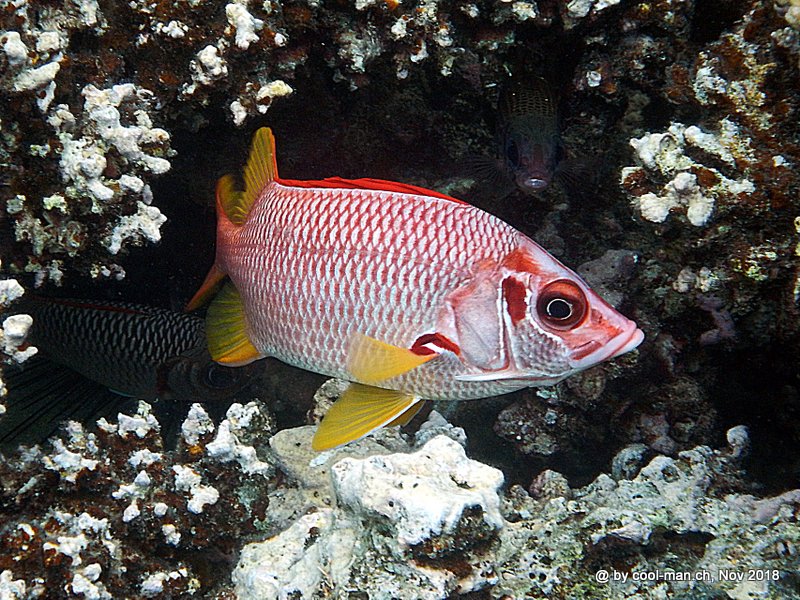 A wrasse species I couldn’t identify. 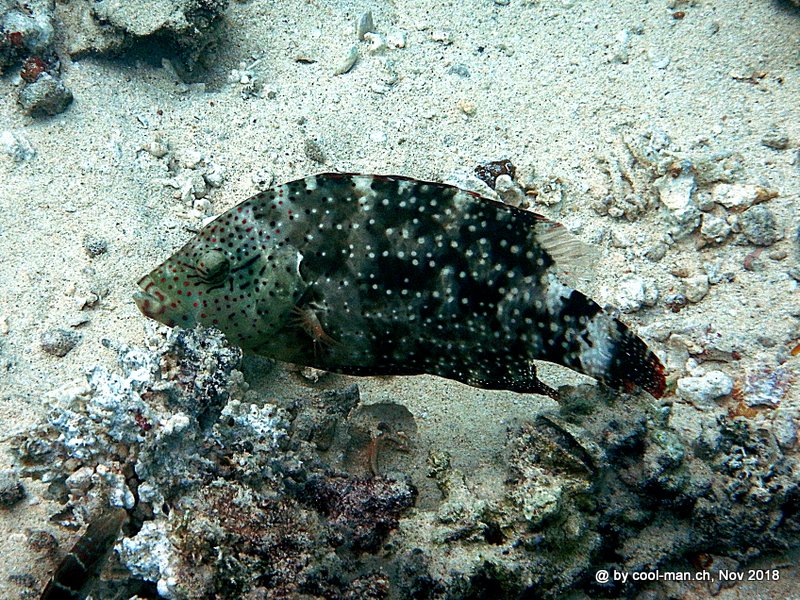 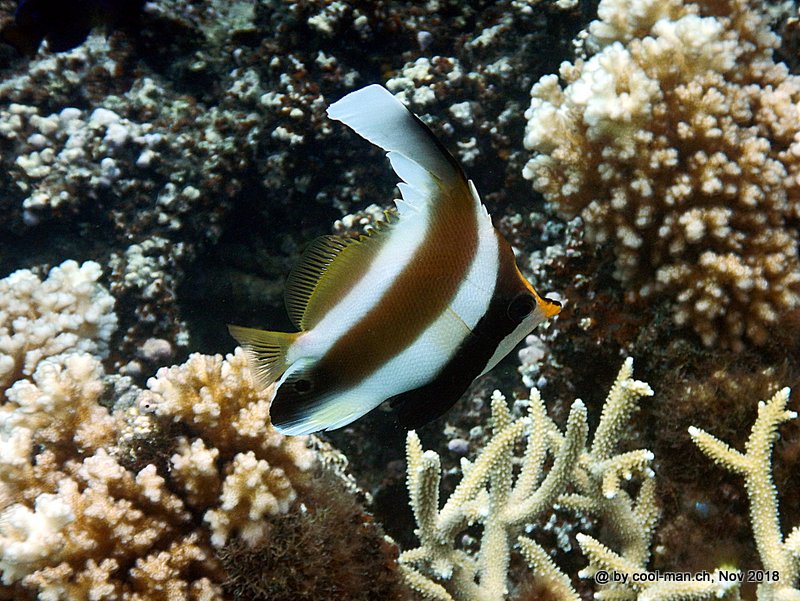 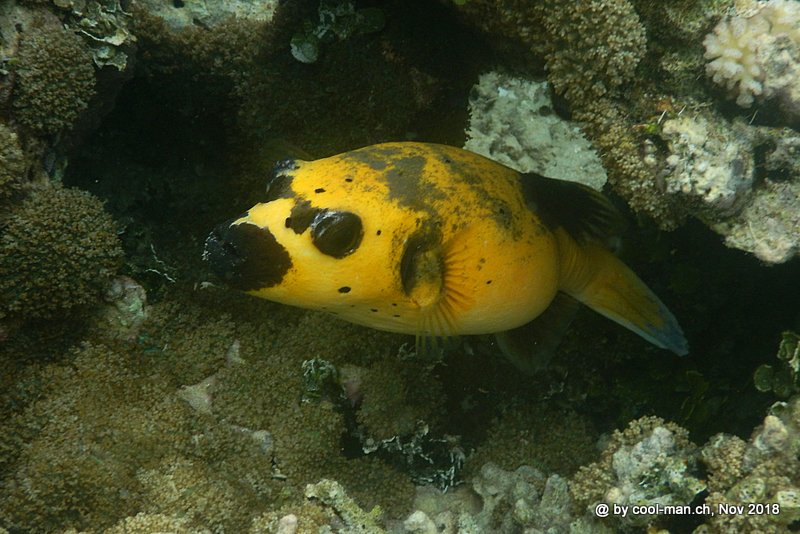 Reef crabs – When the crabs are exposed to strong light at night, they are like paralyzed and do not flee. This allows beautiful close-ups. 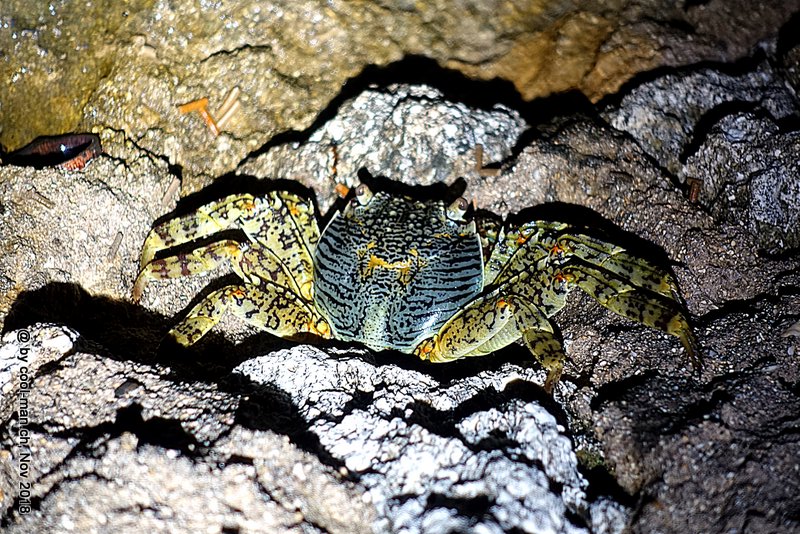 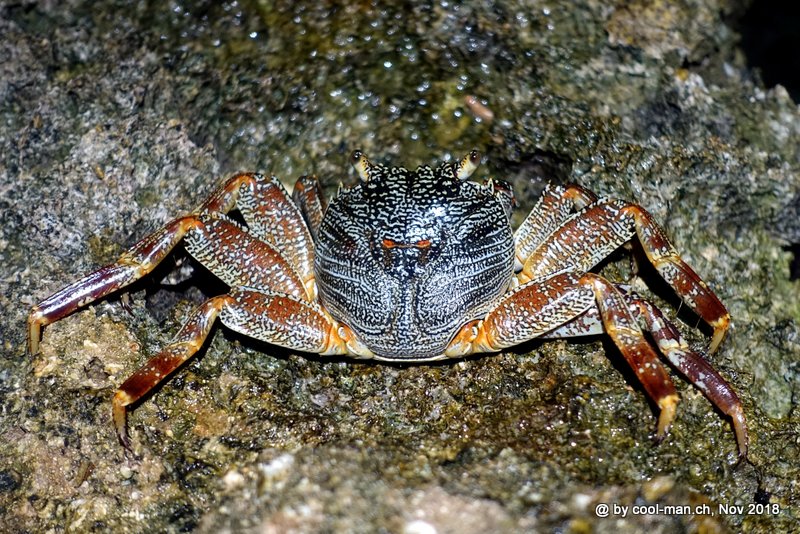 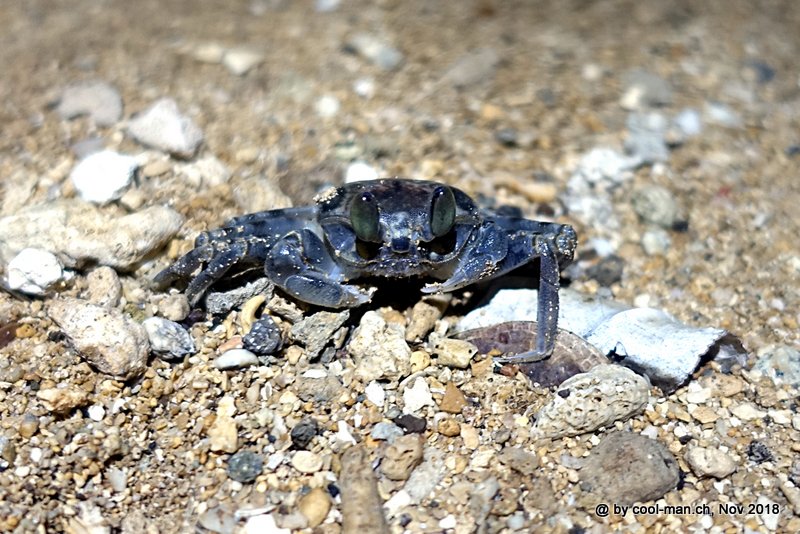 A hermit crab attacks a second that retreats into its shell. 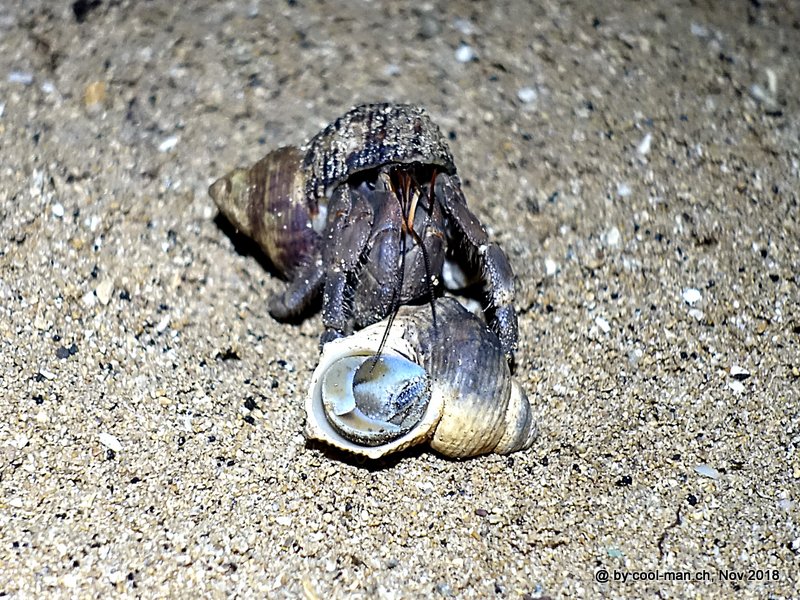 But then the second crab decides to fight back. I don’t know how the fight ended. 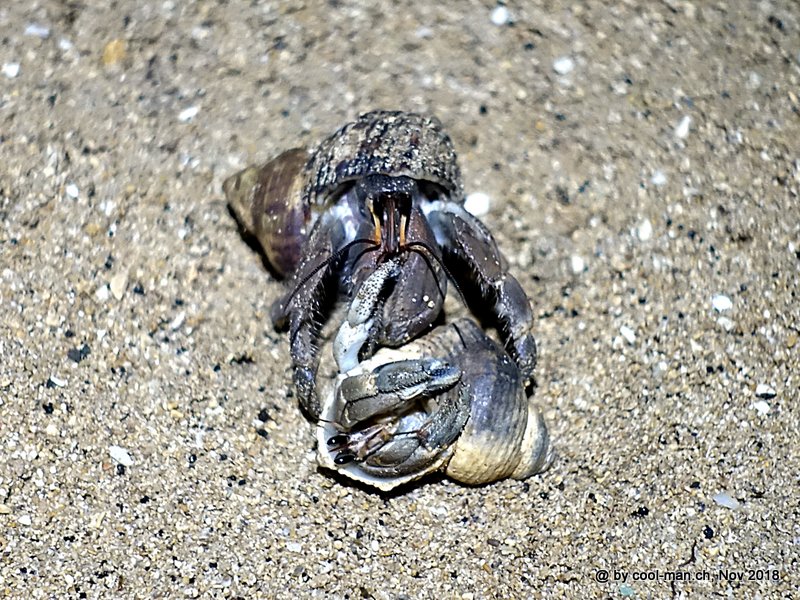 Although many corals in Tonga are destroyed, often by storms, the variety of fish is remarkable. I didn’t see any big fish, because the coasts of Tonga are being fished.